Is New York one of the most beautiful city of the world? Probably yes. There's no urban jungle like New York. Once you've been there, just only for a few weeks, you feel really at home and you think there is no place so exciting like that.
People, art, theatre, literature, journalism, architecture, work, business, nightlife, luxury, poverty: the big Apple is tireless and has everything you want when you want.
New York is an inexhaustible place, an endless maze: when you explore it, you feel like you have always known its streets and its neighborhoods, but you always have the feeling of being lost.
New York is huge and doesn't have a heart; it's noisy, chaotic and you have two choices: you can hate New York or you can love it...and if you love it, it will be forever because the city possesses you and you don't know why. . because no other place can stand comparison with the Big Apple.

Let's discover together why...seven buildings that made NY a symbol for world's architecture.

Seagram Building
Built in 1958 by the German architect Mies van der Rohe, the Seagram Building had a big influence on modern and American Architecture. The structural steel framing, a skeleton made up of vertical columns and horizontal beams, is visible outside. Glass panels are attached to the structure according to the "curtain wall" system.
Mies decided also to use non-structural bronze beams to cover and define the steel structure. In this way he masked the concrete coating provided by American rules against fires. The Seagram Building is the real testament of Minimalism movement, a proof that modern architecture was finally emerging. 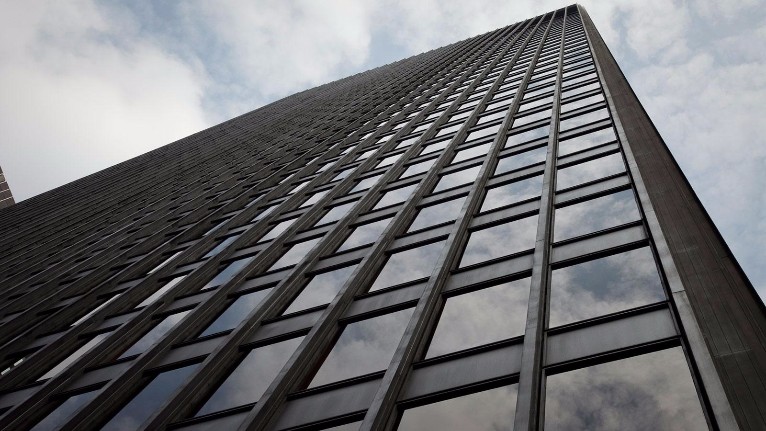 Flatiron Building
The particular shape of this building was really discussed at the time of its construction, in 1902. The New York Tribune said "A stingy piece of pie ... the greatest inanimate troublemaker in New York"!
The Flatiron was built challenging the architectural canons of the time. Many people betted that it would collapse at the first wind storm. But more than a century after, the "iron" is still standing and is one of the symbols of NY.
Its steeel frame is covered with a non-load-bearing stone and terra-cotta facade with a great mix of gothic and Renaissance details, based on Greek classical achitecture. Today it is one of the most photographed buildings in the world. 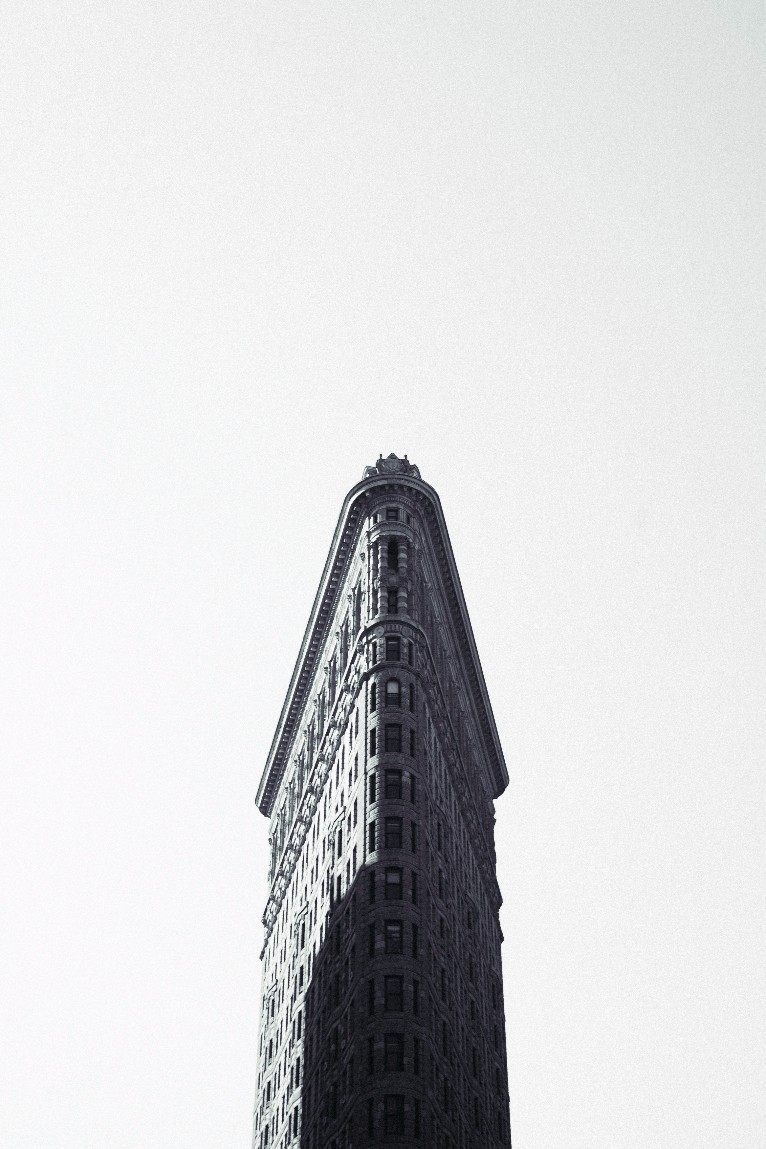 Guggenheim Museum
The Solomon R. Guggenheim Museum was built by the famous architect Frank Lloyd Wright. Its plastic shape reminds a nautilus shell, which faces Central Park, the largest green area of the ciy.
The surface of this buildind was made with concrete. The spiral ramp, with a circular shape, is divided into two parts. On the outer part of the circle, there is the exhibition space supported by reinforced concrete seams, positioned along the radii of the circle every 30°. On the inner side of the circle, there is the ramp to go up and down. A large dome dominates the large empty space. 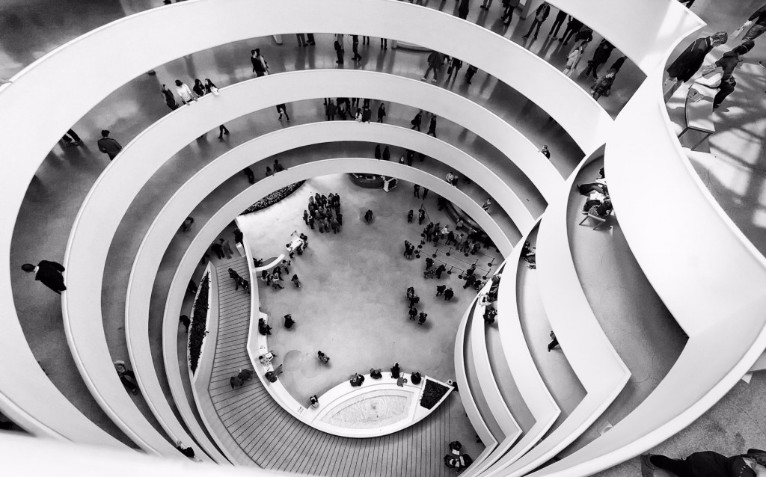 Chrysler Building
Iw was the tallest building in New York for less than a year, in 1930, when it was overtaken by another famous building (see point 7).
The Chrysler Building is an Art Deco-style skyscraper, characterized by a uniform brick coating that contrasts with the silver surfaces of metal frames. The terminal part culminates with the characteristic cusp made of special stainless steel. The cusp is grooved to the top and is marked by arches with triangular windows arranged in radius.
The magnificent atrium, which is the only accessible part of the building, is a triumph of marble, granite and chromed steel. From the lobby there are 18 lifts with inlaid wood doors but the most attractive thing is the ceiling entirely painted by Edward Rumball, whose subjects (20th-century means of transport) are a window on human progress. 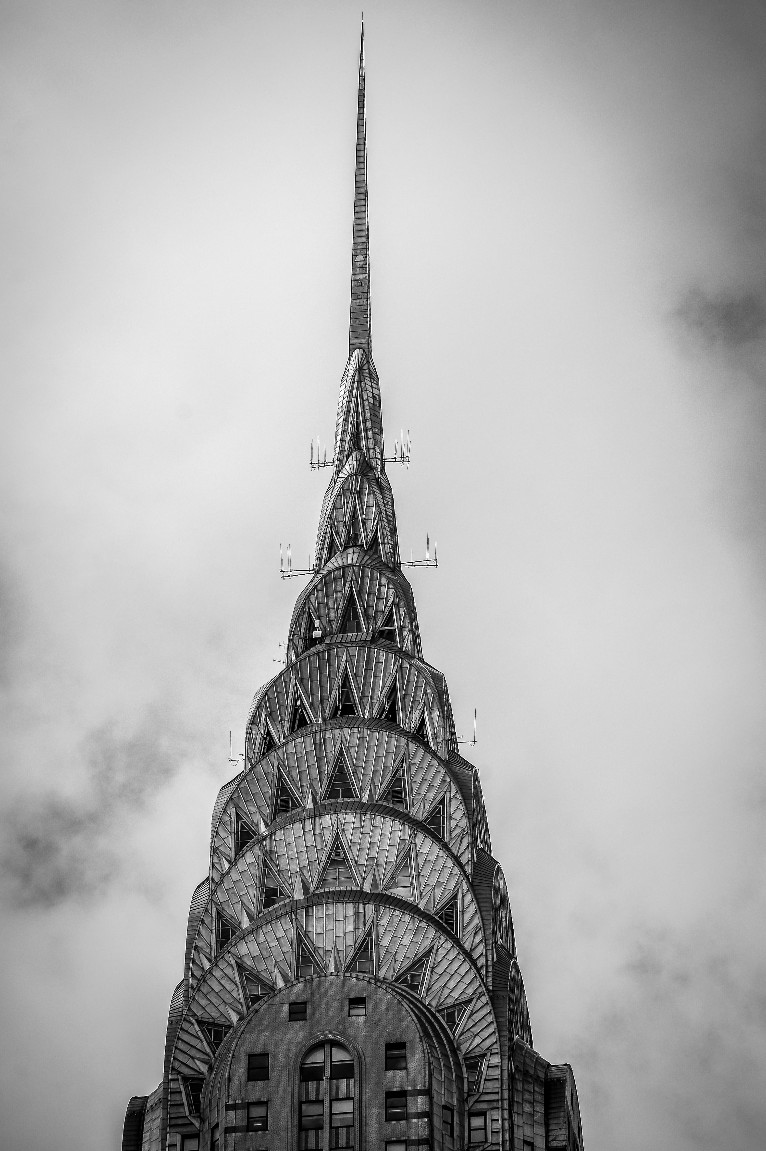 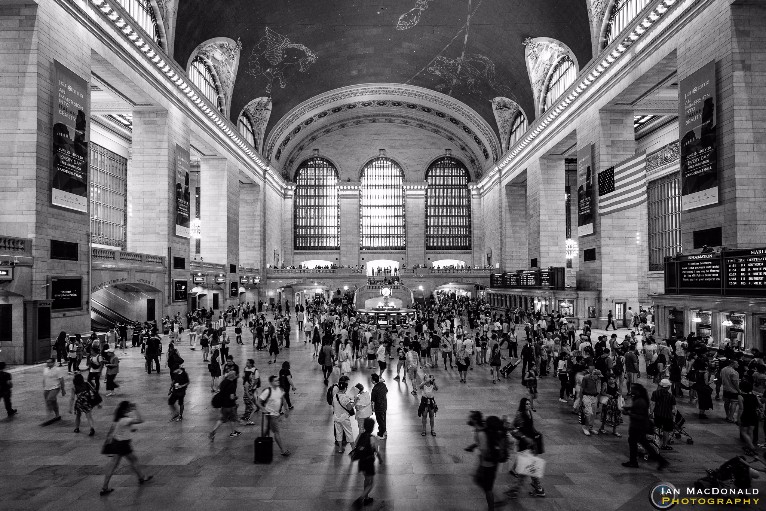 One World Trade Center
It's the main building of the New World Trade Center in New York, born on the site of the previous Twin Towers, destroyed during the attacks on the 11th September 2001.
The building's architect was David Childs. The tower rises from a cubic base. At its middle, the tower forms a perfect octagon in plan and then culminates in a glass parapet. It is mostly used for offices. People can view the city from an observatory on the top. 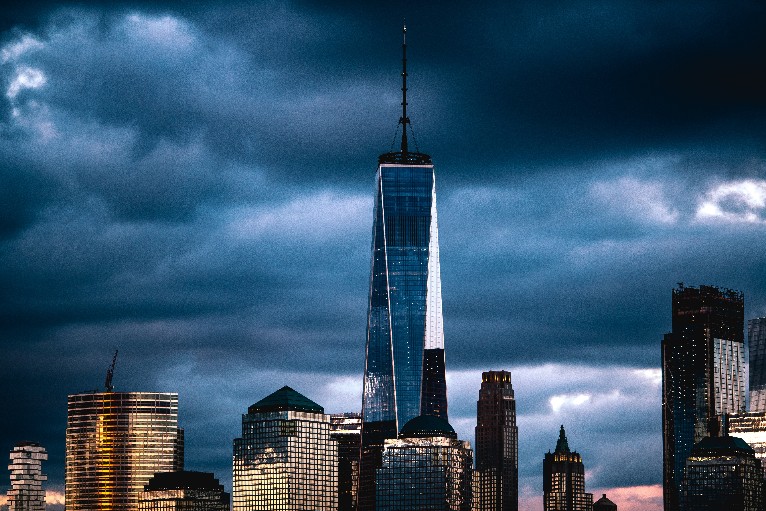 Empire State Building
If you think of New York, the first thing that comes to your mind is the Empire State Building, the most famous skyscraper in the world, with many appearances in movies and tv series.
The outer part of the building consists of complementary prefabricated elements such as aluminum panels with sober decorations placed amongst the 6,514 windows and blocks of Indiana stone anchored to the steel structure. The inner coating has been realized with about 10 million bricks. The work was completed by the external laying of panels and finishes in anodized aluminum. The building is characterized by austere and symmetrical sobriety, typically art deco. The Empire State Building is one of the symbols of the city and, with its illuminated top, unquestionably marks the major city and world events. 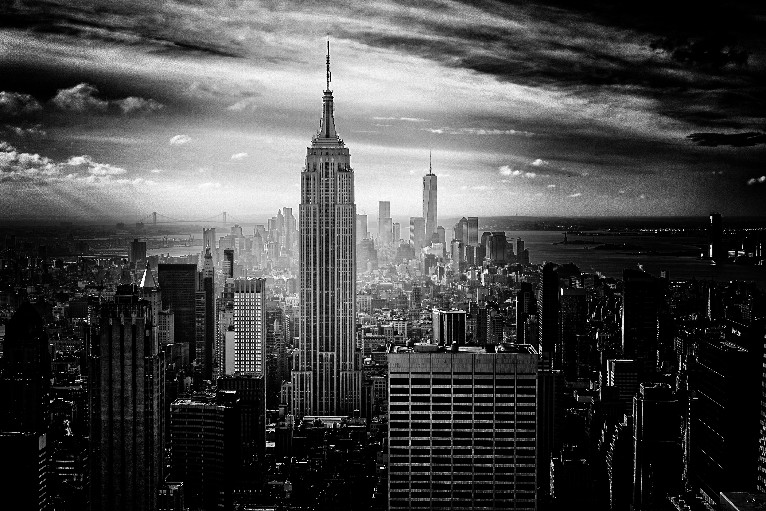 So, what are you waiting for? Just go and explore this amazing NY!