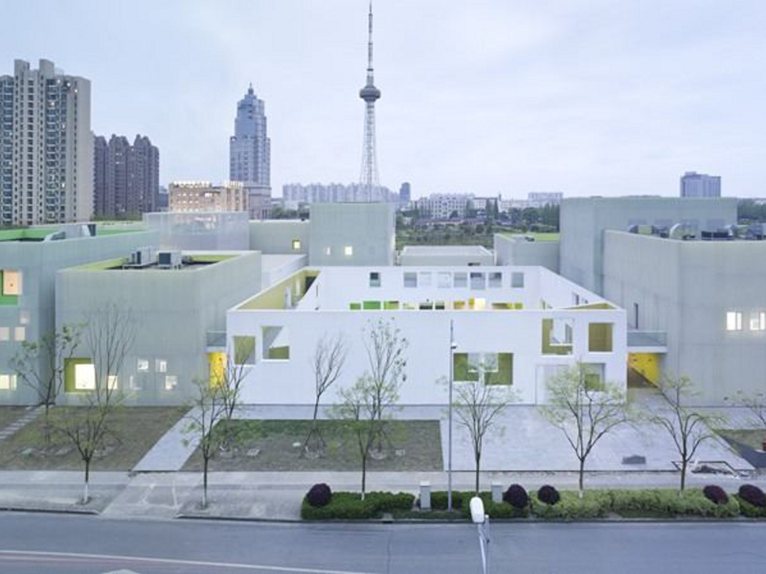 A seemingly random composition of volumes clad in perforated aluminium makes up the new Youth Center in Qingpu in Shanghai, designed by Liu Yichun and Chen Yifeng from the Chinese office Atelier Deshaus. 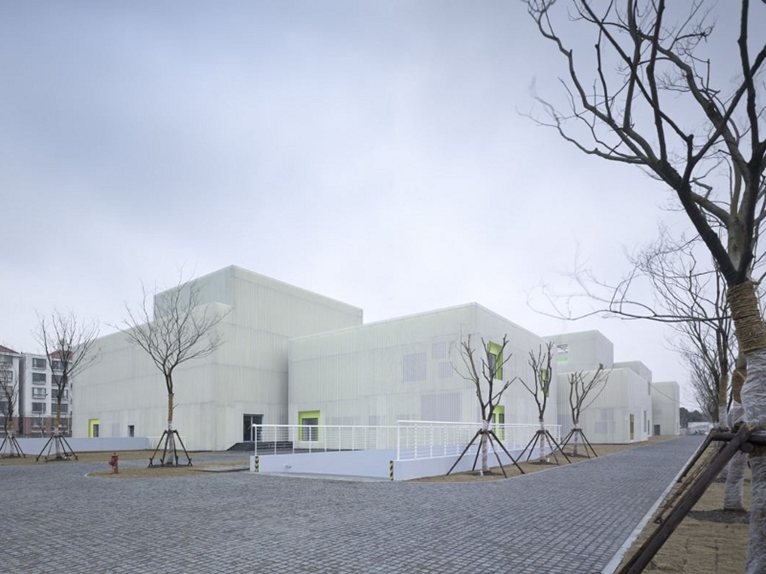 Qingpu is a new town in the east area of Shanghai, which, unlike the urban plan of historic cities, is characterized by the presence of roads with speedy traffic which influence the development of the entire metropolitan fabric. This rigid planning leads to the total loss of the traditional system of spaces on a human scale, so typical of towns in the region.

The plan for the new Qingpu Youth Center works precisely on the contrast between the traditional and contemporary vision of Chinese cities. The building becomes an opportunity to build a piece of the city. 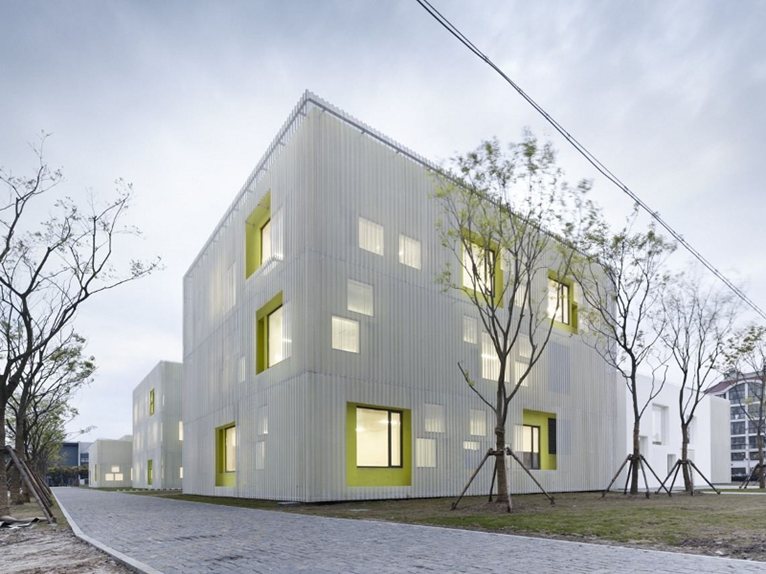 The complex is divided into many small blocks of various sizes, around which an intricate system of small squares, alleys and courtyards is formed. Qingpu Youth Center becomes a “mini city” in which the different functions of the centre are articulated. 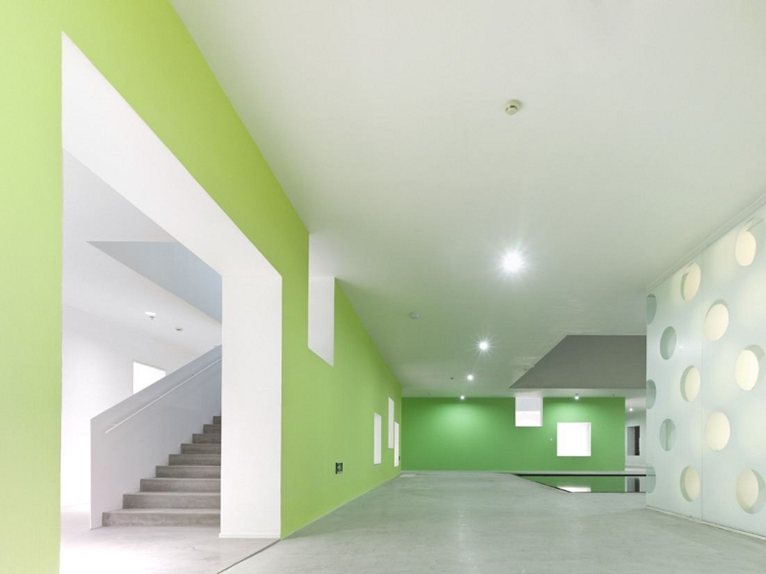 The project reflects traditional Chinese housing, in which outer space is treated like interiors, focusing on the human scale of the operation and, in particular, considering the spaces as a place where young people can meet, in which the socialization component plays a fundamental role.

The apparent composition irregularities of the complex is actually the result of an elegant and balanced play of solids and voids. 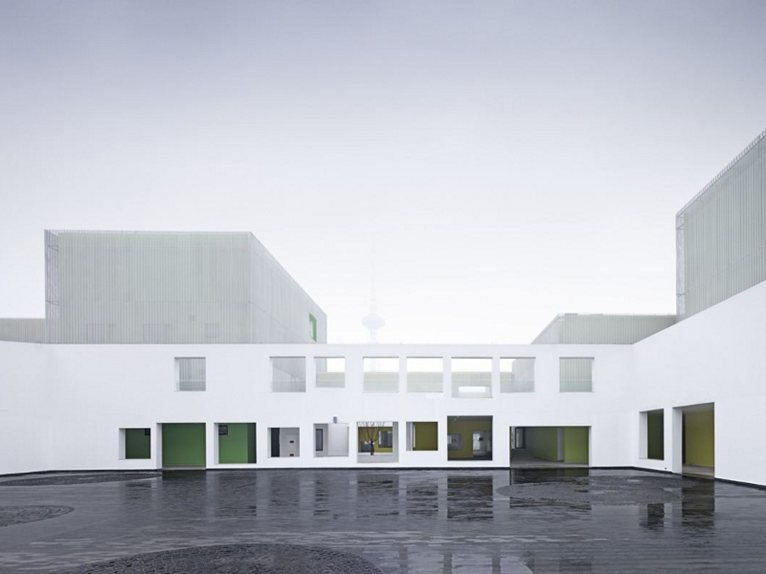 The façades coated in corrugated and perforated aluminium sheets create an apparent monotony in the treatment of the blocks, with touches of vibrant colour, yellow and green, and an irregular composition and distribution of the openings.