There is no such pleasure as walking through Parisian streets and boulevards, making us feel like each moment is timeless and every building so charmant.

However, the not-anymore most visited city in world has not always been as it appears in your fridge magnet, but underwent severe changes throughout the centuries, both from an urban and a stylistic perspective. 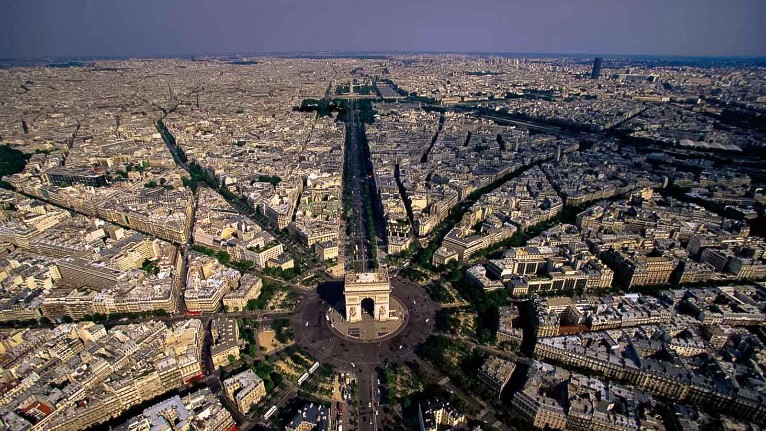 Even though Lutetia Parisiorum origins date back at the 3rd century BC, the most ancient building in Paris dates back only at the 1407: Nicolas Flamel’s house, at 51 rue de Montmorency, is situated in the heart of Le Marais, the only neighbourhood not involved in the revolutionary Haussmann’s renovation of Paris. 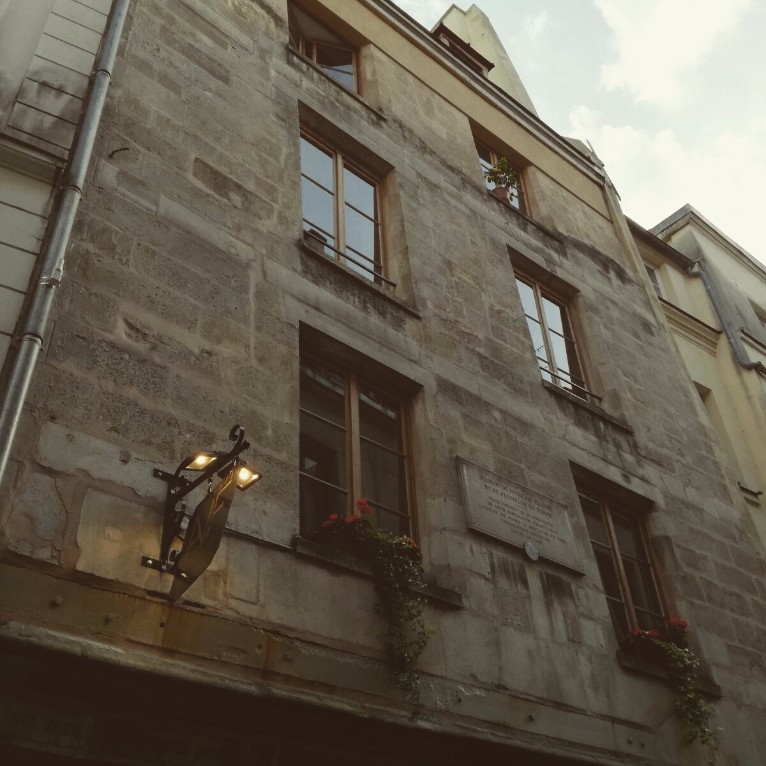 So, if you are looking for some evidence of Asterix and Obelix’s house you will be disappointed but, if want to experience the “thrill” of feeling like Fantine in Les Misérables, the narrow streets of Le Marais are the right place for you, since this is the one of most ancient arrondissements of Paris and it preserved its pre-revolutionary architecture. 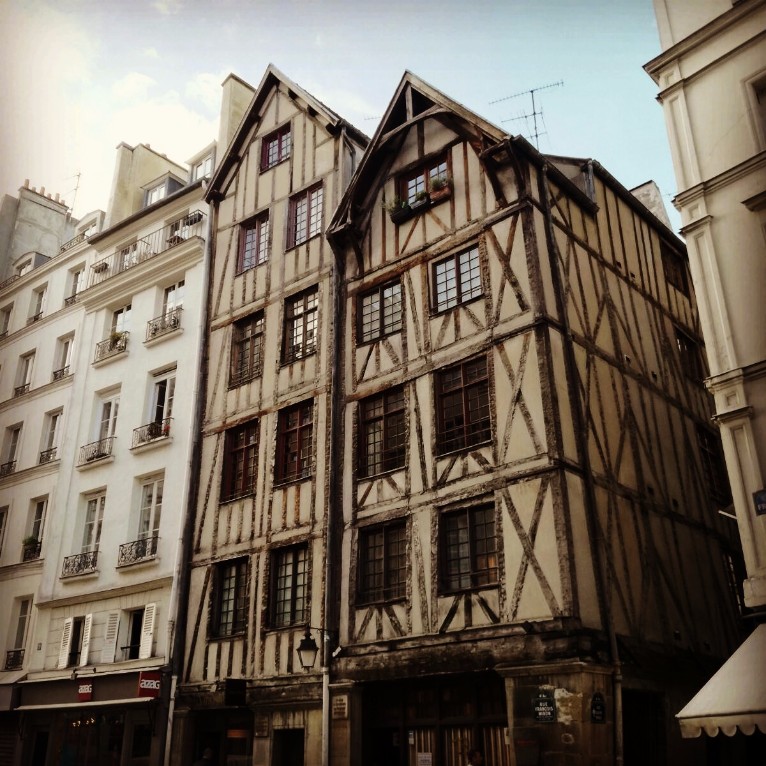 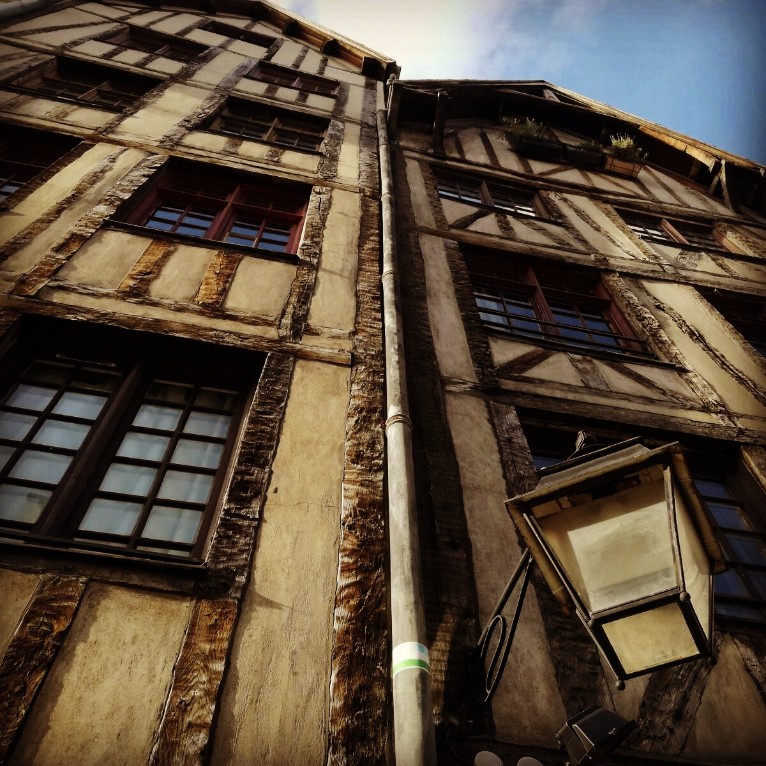 It is during the 17th century, after the Great Fire of London, that the timber-framed building disappeared. All the wooden elements were covered with plaster and the pierre de taille became widely used for all the new buildings.  Under Louis XIV the first grey roofs started to appear, along with the typical Parisian mansards: the myth of les toits de Paris was born. 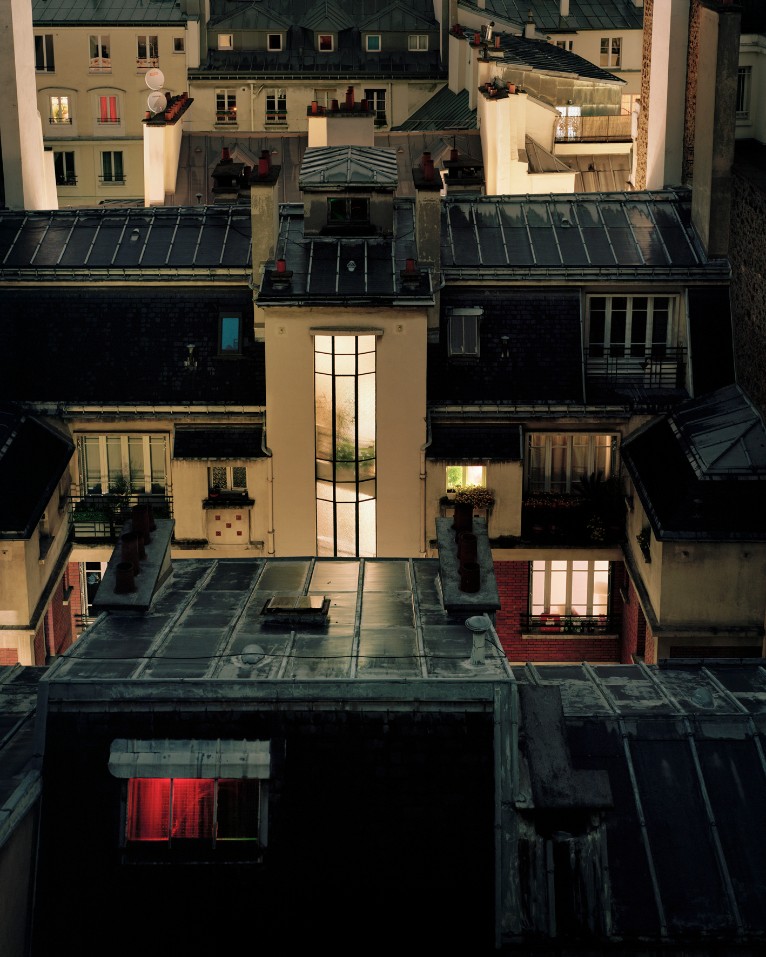 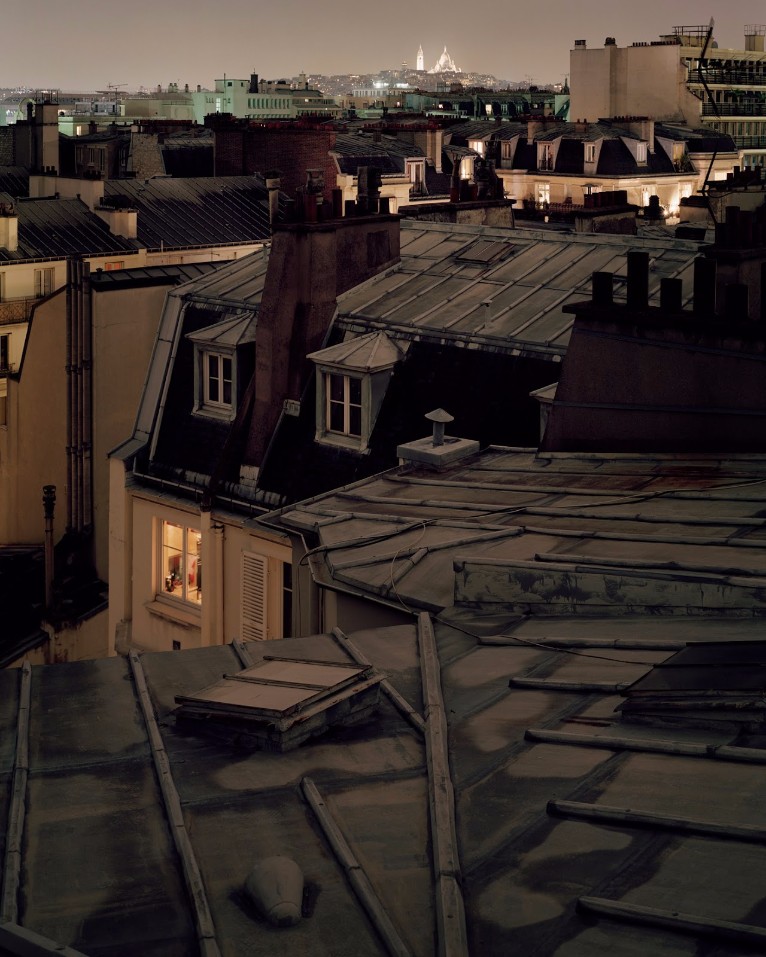 As kings and emperors passed by, the Parisian façades were influenced by all the trends of their own age. However, it is only in the mid-19th Century with Georges-Eugène Haussmann that Paris became what we adore today. At that time, the centre of Paris was overcrowded, dark, dangerous, and unhealthy, that’s probably what Victor Hugo saw while writing his masterpieces and what inspired him the most:

"Paris is an immense workshop of putrefaction, where misery, pestilence and sickness work in concert, where sunlight and air rarely penetrate. Paris is a terrible place where plants shrivel and perish, and where, of seven small infants, four die during the course of the year."

However, Haussmann’s Paris is the one that is part of the collective imagination. It may sound like the most boring cliché but, it is universally acknowledged, clichés always hide a certain amount of truth. Monet, Manet, Pissarro and Toulouse Lautrec walked through Haussmann’s boulevards and were the first to exploit and take advantage of the “New Paris”. 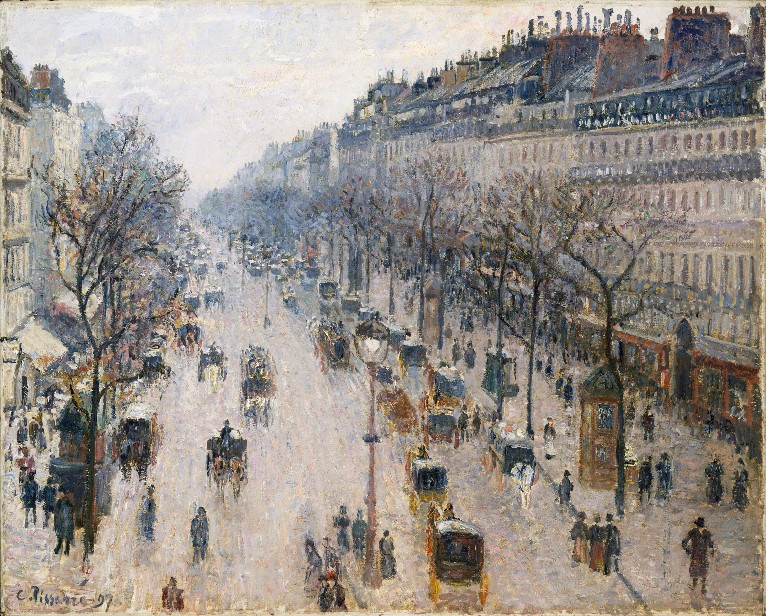 Nowadays, architecturally speaking, the Haussmann apartment buildings are the most famous and recognizable feature of Haussmann's renovation of Paris.

The Haussmann façade was organized around horizontal lines that often continued from one building to the next: balconies and cornices were perfectly aligned without any noticeable alcoves or projections: the street-side result was a "monumental" effect that exempted buildings from a dependence on decoration. Haussmann required that the buildings along the new boulevards be either built or faced with cut stone, usually the local cream-colored Lutetian limestone, which gave more harmony to the appearance of the boulevards. He also required, using a decree from 1852, that the façades of all buildings be regularly maintained, repainted, or cleaned, at least every ten years, under the threat of a fine. 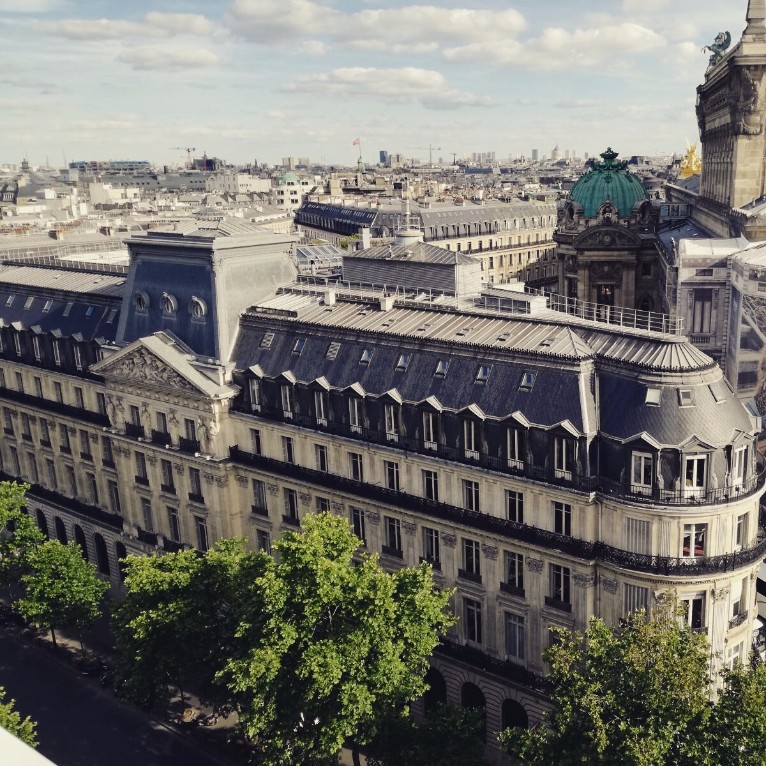 Street blocks were designed as homogeneous architectural wholes because buildings are not treated anymore as independent structures, but as pieces of a unified urban landscape. So, with the introduction of the boulevards, in Haussmann's Paris, the streets became much wider, growing from an average of twelve meters wide to twenty-four meters, and in the new arrondissements, often to eighteen meters wide.

The interiors of the buildings were left to the owners of the buildings, but the façades were strictly regulated, to ensure that they were the same height, colour, material, and general design, and were harmonious when all seen together. 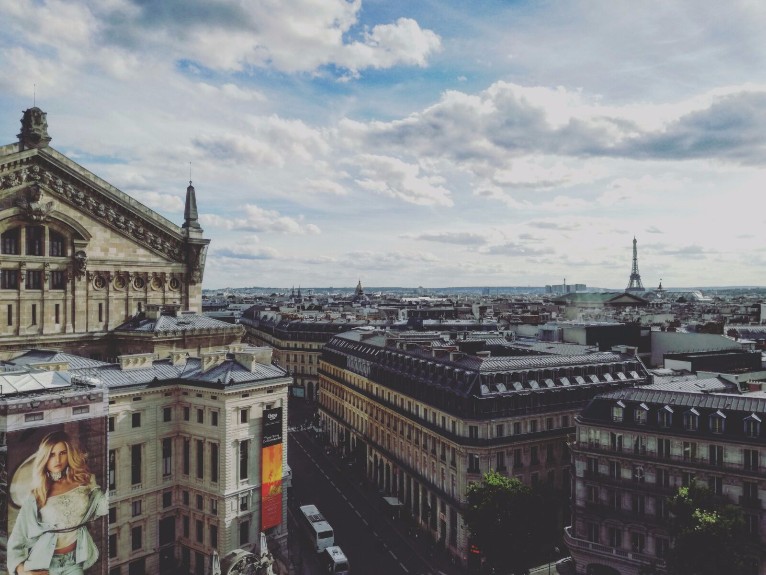 All the new apartment buildings followed the same general plan: a ground floor, a mezzanine or entresol often used by shops or offices. Then, a second floor, known as “piano nobile” with a balcony, third and fourth floors in the same style but with less elaborate stonework around the windows, sometimes lacking balconies, a fifth floor with a single, continuous, undecorated balcony and a mansard roof, with garret rooms and dormer windows. 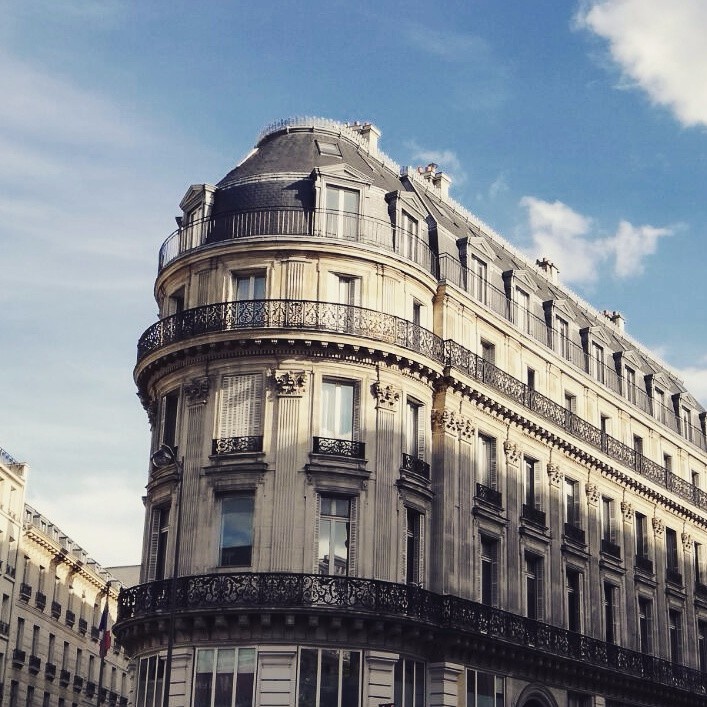 So, people should not be astonished when knowing that Paris bids to get its roofs in the Unesco heritage list: how could you decline such status to this magnificent beauty?

" If you are lucky enough to have lived in Paris as a young man, then wherever you go for the rest of your life, it stays with you, for Paris is a moveable feast " 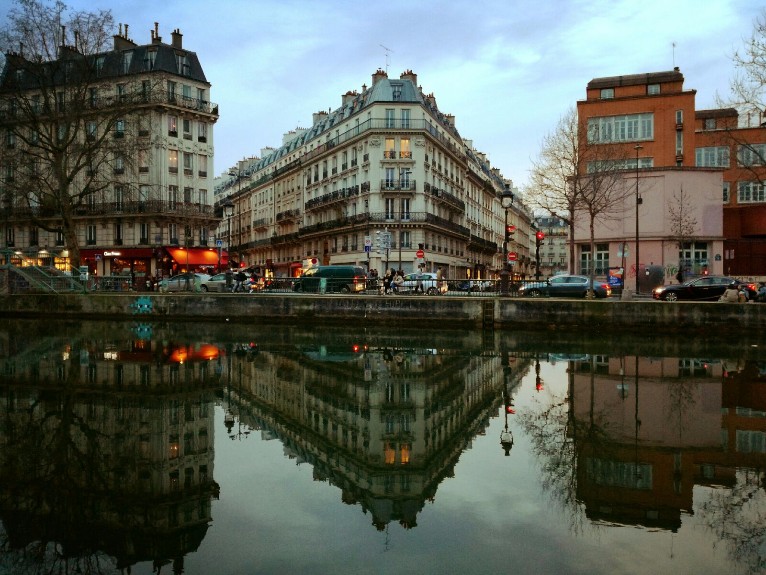