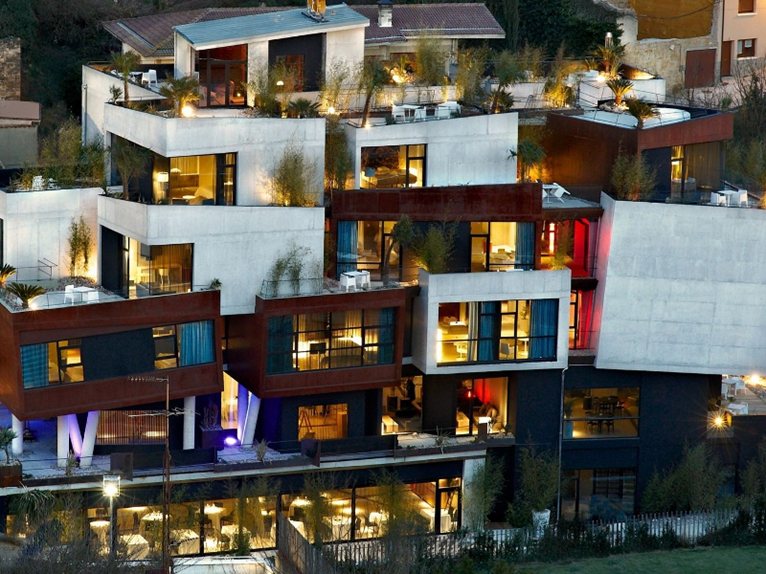 The town of Villabuena de Álava, in the wine region of La Rioja, in Spain has accommodated Hotel Viura, designed by Beatríz Pérez Echazarreta since 2010.

The hotel, called an 'avant-garde work of art ' is rather more than just a building, it climbs the steep slope of a hill that leads to the banks of the river Herrera. 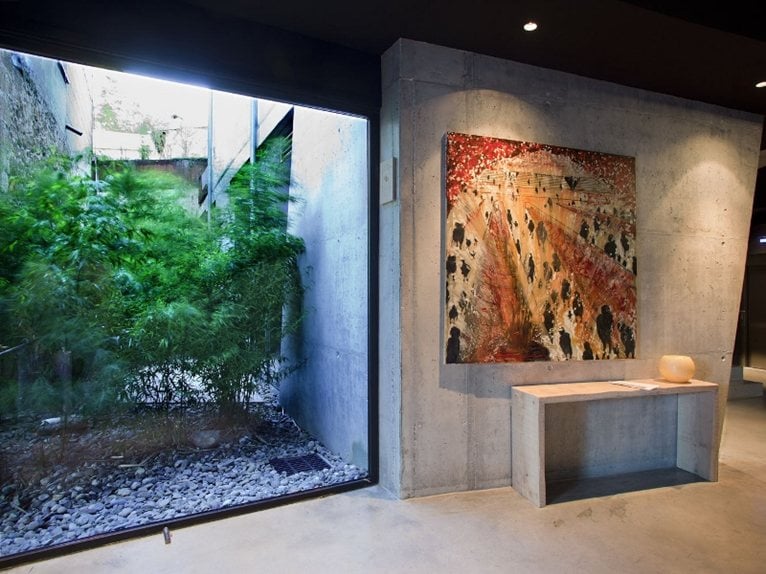 The deconstructivist façade, in stark contrast with the surrounding environment, looks broken up, made up of many volumes, the rooms, different from each other for finishing materials, concrete or corten, and orientation. 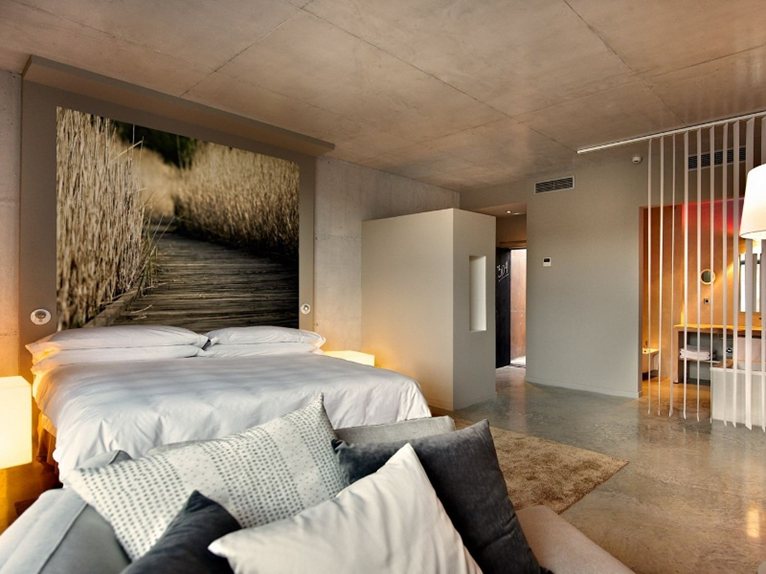 The hotel is spread over three floors and offers clients 33 rooms, 14 Viura (standard), 15 Deluxe and 4 Suites, ten of them with a private terrace. 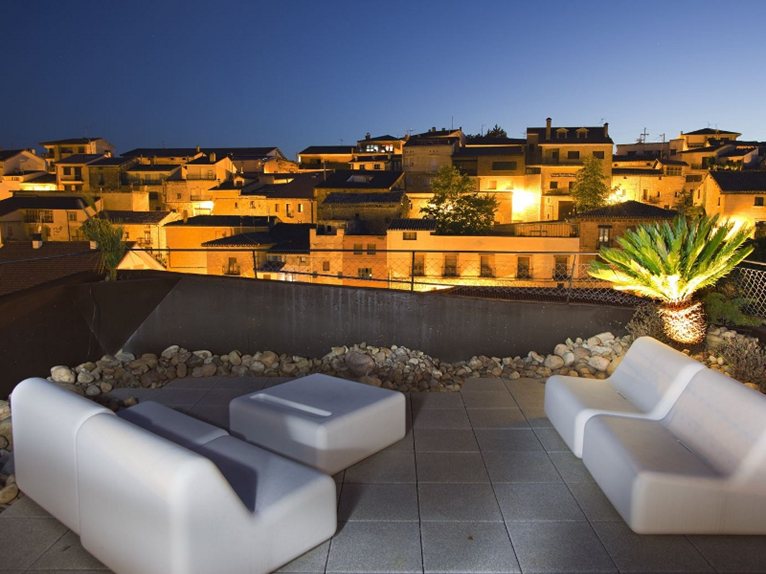