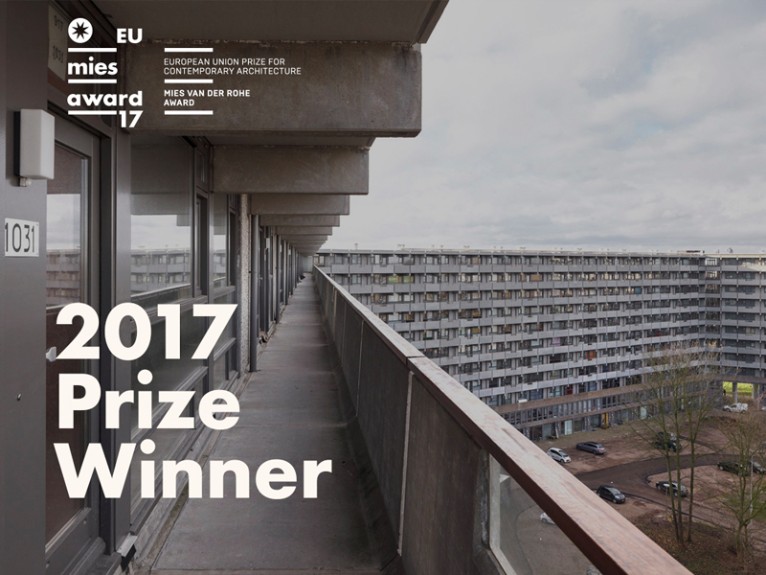 DeFlat Kleiburg in Amsterdam is the 2017 Winner of Prize. The architects are NL Architects and XVW architectuur and the client Kondor WesselsVastgoed.

DeFlat is an innovative renovation of one of the biggest apartment buildings in The Netherlands called Kleiburg, a bend slab with 500 apartmentsin Amsterdam’s Bijlmermeer neighbourhood. Consortium DeFlat rescued the building from the wrecking ball by turning it into a "Klusflat", meaning that the inhabitants renovate their apartments by themselves.

NL architects were awarded the Emerging Architect Prize of the EU Mies Award in 2005 for their work Basket Bar in Utrecht.

The 2017 Emerging Architect Prize has been awarded to the Brussels studios MSA/V+ for the work NAVEZ - 5 social units as Northern entrance of Brussels, Belgium, a housing project that fulfills the double ambition of the local authorities: to represent the urban revalidation scheme with a landmark at the entrance of the city and to provide exemplary apartments for large families. The client is the City of Schaerbeek.

The two awarded projects have been chosen from a list of 355 works from 36 European countries. Five finalists were selected and visited by the Jury: Mémorial du Camp de Rivesaltes, Katyn Museum in Warsaw, DeFlat Kleiburg in Amsterdam, Kannikegården in Ribe and Ely Court in London, accompanied by the authors of the works, who also gave lectures open to the public.

The Jury has selected the two awarded works for the following reasons: 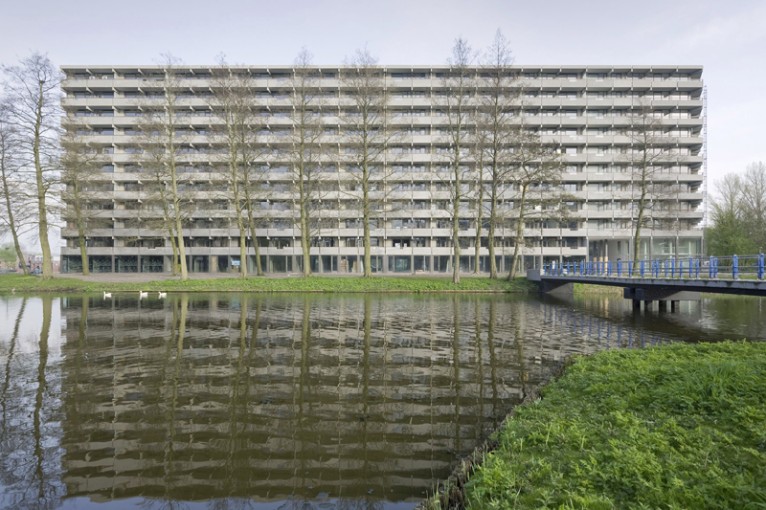 The Jury valued that the project is a collective effort by many people. The architectural concept was to transform the megablock into a contemporary residential building with flexibility in internal planning, and creating a new edge to the street and the landscape – and yet do as little as possible. They considered it to be ‘both heroic and ordinary at the same time’.

As the Jury Chairman said, “It challenges current solutions to the housing crisis in European cities, where too often the only ambition is to build more homes year-onyear, while the more profound question of what type of housing should be built goes unanswered. Kleiburg helps us imagine a new kind of architectural project, which responds to changing household patterns and lifestyles in the twenty-first century. A revitalisation of typologies of the past is as relevant as experimenting with new, untested models in this quest, just as radically transforming existing buildings is.”

The project inspires reflection on the new and complex reality of contemporary living. It proposes new forms of “affordable housing”, adding to what is universally a complex and multi-layered offer (ranging from fully subsidized rent to shared ownership and rentpurchase schemes) by providing options for the large majority who have a little money but cannot afford to get on the conventional property ladder. This is low-cost habitable space (€1,200 per m2) – a fantastic new option that does not currently exist. 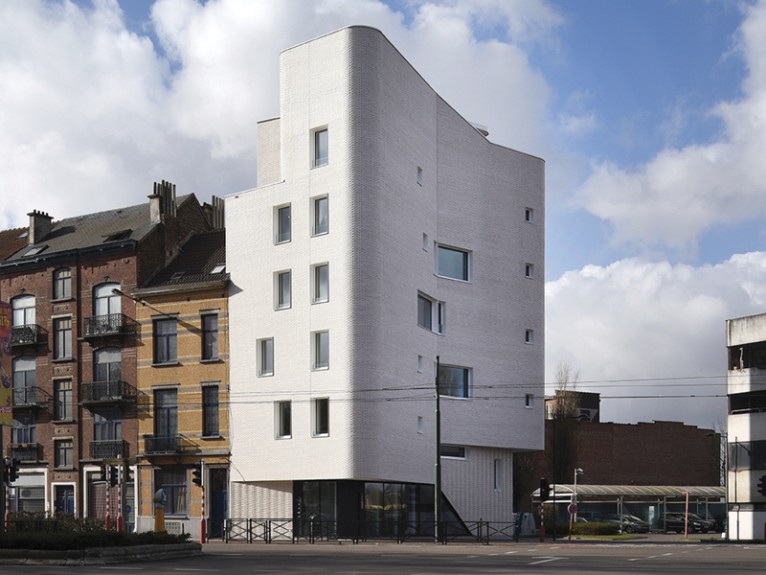 The Jury conveyed that housing is a vital topic throughout Europe and felt that MSA/V+ understood well and solved brilliantly the constructive and economic constraints of the programme and its site: 5 flats in a very small corner at the northern entrance of the city of Brussels. The Jury appreciated the high quality of the flats, which are unique and all provided with natural light from all orientations, outdoor spaces, impressive views and dynamic spatial experiences both in common and private spaces. They also recognised that the architects had carefully and meticulously worked with the integration of the building in the neighbourhood and the request to create a landmark.

In the run-up to the awards ceremony (between May 20 and 25), the finalist and winning buildings of the current edition will organize activities to open their doors to the public and the press.
Michel Magnier, Director for Culture and Creativity, DG Education, Youth, Sport and Culture of the European Commission and Daniel Mòdol, President of the Fundació Mies van der Rohe, will grant the winners the prizes of 60,000€ (primary prize) and 20,000€ (emerging architect prize) on May 26 at the Mies van der Rohe Pavilion in Barcelona.