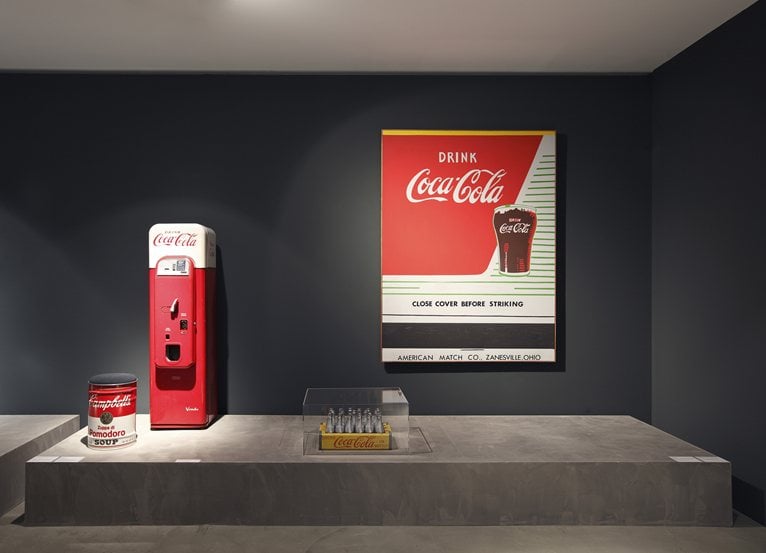 For half a century Pop has influenced the whole world, its institutions, and to a great extent also Louisiana Museum. Pop is the rude noise, the banal image and the sophisticated point of view – sometimes all at the same time.
The exhibition Pop Art Design presents around 180 works by international icons in art and design from the period 1955-1972 with artists such as Warhol, Rauschenberg, Oldenburg, Hamilton and Lichtenstein, and designers like Eames, Panton, Castiglioni, Nelson and Sottsass.
Pop Art Design, as a concept and in its presentation, offers a new approach to the understanding of the creative processes of the period, when the considerable interaction between art and design generated brand new modes of expression. Definitions of art and design, and thus also the hierarchies involved, were shaken up. In the exhibition the two ‘products’ engage in a dialogue of equals, and at several points it can be difficult to tell which is which. 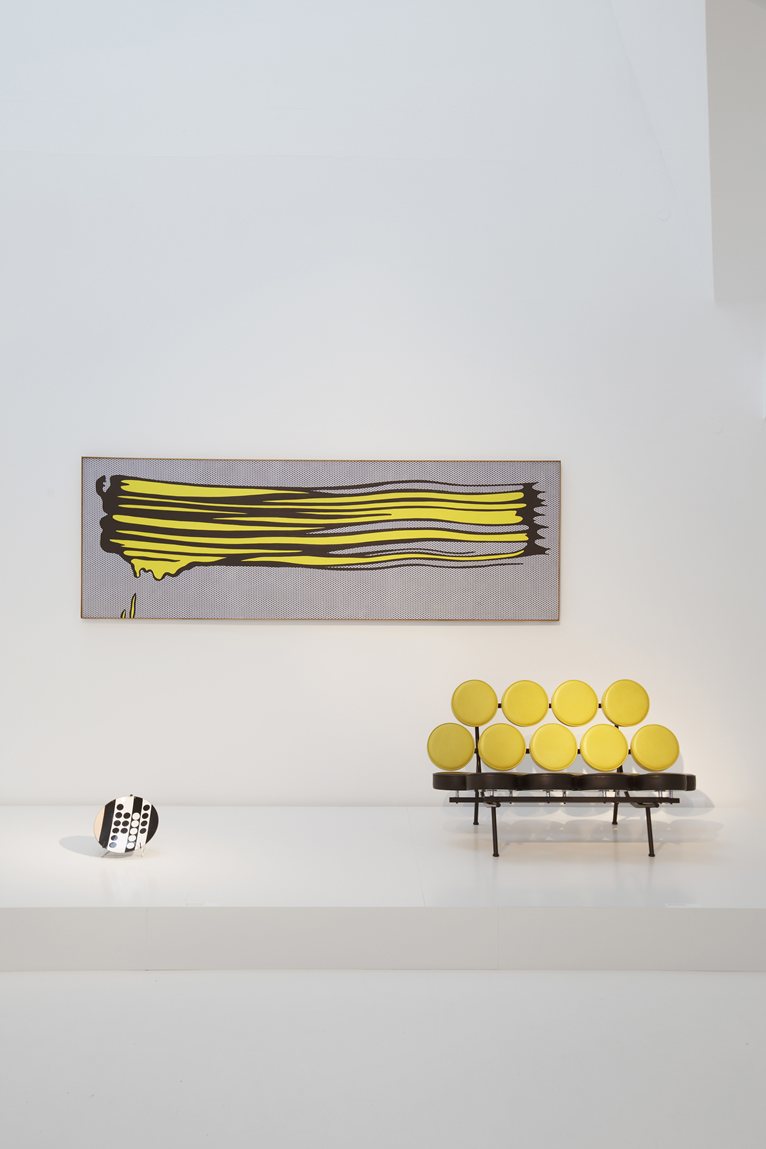 In 1964 Louisiana opened its first exhibition of the phenomenon Pop. The founder of the museum, Knud W. Jensen, wrote at the time: “What we at Louisiana think about this exhibition, we have no idea as these lines are written. Only a few examples of Pop Art have come our way, and they seem irritating, ugly, idiotic, beautiful, inciting and convincing in one way or another – and all at once”.

‘Pop’ was the most influential movement of the post-war era and the dialogue between art and design was intense in the years 1955-72 – so much so that it has had a strong influence on art and society ever since. After the war the world changed radically, and USA took the lead culturally over Europe. During a period that we have come to call the Mad Men era in recent years, USA, under the influence of mass production and new materials, and with the support of magazines, radio, TV and growing media coverage of almost everything, created a smaller world that was at the same time a bigger market.

Pop Art Design is a comprehensive exhibition which for the first time holds this material up for scrutiny and demonstrates how specifically artists and designers in the period investigated, consumed and energetically gave new life to the aesthetics of film and TV productions, advertising campaigns, comic strips, fonts, logos and packaging – all themes and motifs whose origin and methods Pop artists and designers – cheerfully, unprejudicially or critically – mixed and used as images, as objects, as signs – as Pop!

It was a true paradigm shift that took place then in the 1950s and for a decade to come. Centre stage in the art world was taken over from left field by people who thought quite differently and had other technical skills – the commercial artists to whose ranks people like Andy Warhol, James Rosenquist, Tom Wesselmann, Richard Hamilton and Ed Ruscha belonged.

The process that the exhibition tries to reflect therefore naturally also requires an eye for how the genres and their traditional characteristics and privileges were broken down and reformulated. The idea of the past as touchstone and starting point faded away very quickly in the face of a quite different view of the exchanges between the private and the public, and of the relationships among the individual, the celebrity and the masses. 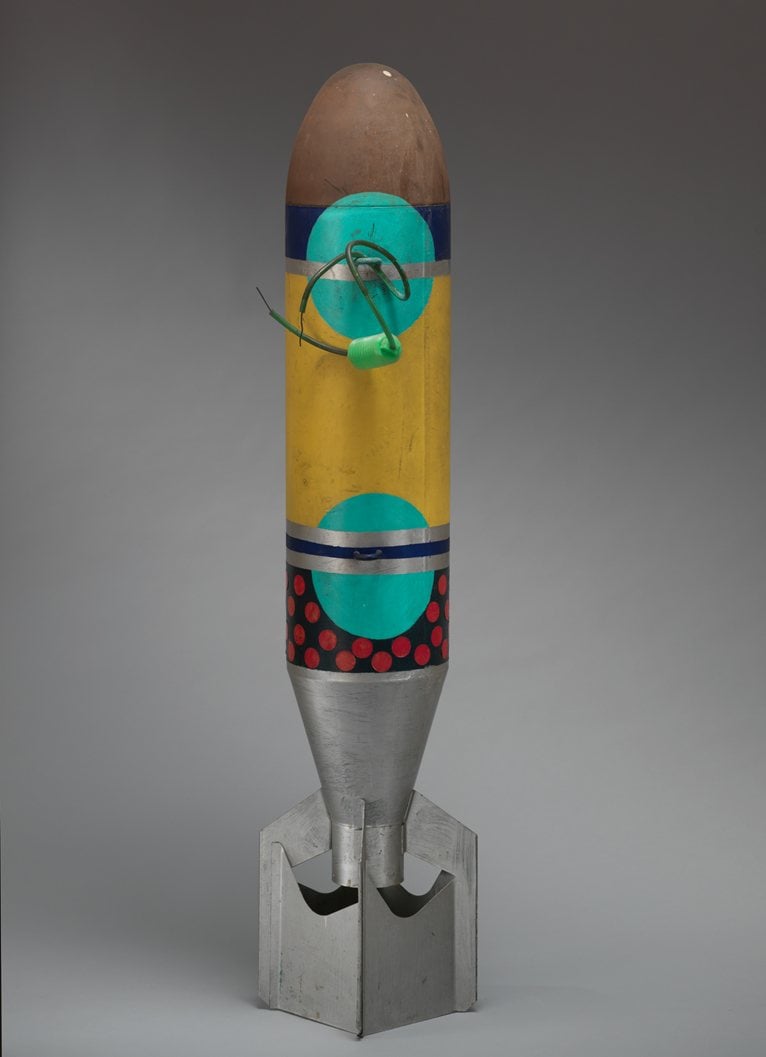 The exhibition seeks to show how this major artistic and social movement was transformed into objects with new aesthetic potential by constantly staging dialogues between design and visual art: encounters where the ambition is to benefit from the incitements Pop gave to the freeing-up of genres, scales, materials, surfaces and functionality. Here cool, uniform surfaces met soft, body-derived curves, and in the spirit of the collage, clashes between materials ‘quoted’ effects from the world of mass consumption. We note striking parallels between the worlds involved, but in a deeper, more fundamental way we are also challenged to observe how bearing elements of the visual culture and identity that are still ours today have unbroken connections going back to Pop.

Among the themes four examples show the range of the exhibition:
Reality as Collage: In the early stages of Pop Art and contemporary design, clashes of techniques, materials and themes were typical motifs. The upheavals in society and the new composite reality left their mark on aesthetic expression in Pop Art. The collage form, which mixes art and design, took on new life.

Everyday Heroes: The bold aesthetic of the billboard, which portrayed people and products as stylized icons, was taken further in Pop Art. Celebrities were acclaimed or degraded by the artists, while designers exploited motifs and methods to create utility objects which were for example either formed as provocative sculptures or given a form that primarily signalled ‘image’.

Artificial Worlds: In the post-war period America quickly established its position as a role model. Havng your own home, TV and car became the great ideal for ordinary people. And a particular kind of closed-in state was created for all purposes and in all sizes: from Tupperware, which preserved food in airtight containers, to hermetically sealed life-support capsules. The idea of a life on the Moon became more and more plausible, and psychedelic drugs were advocated for achieving boundless ‘inner space’. 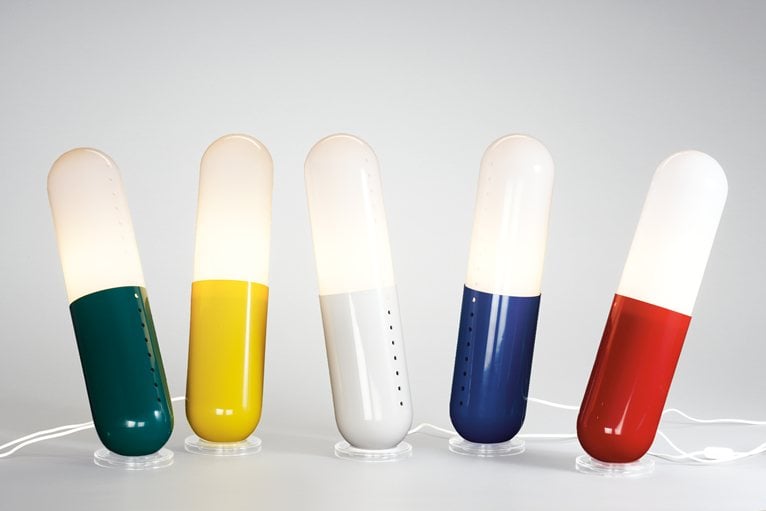