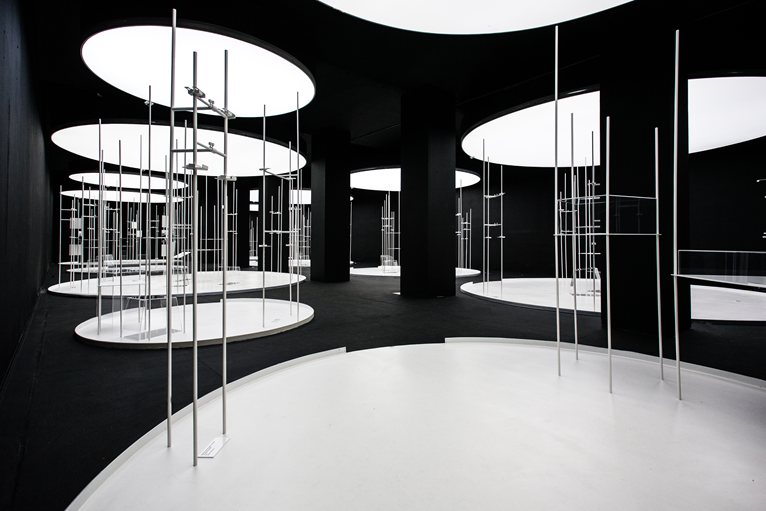 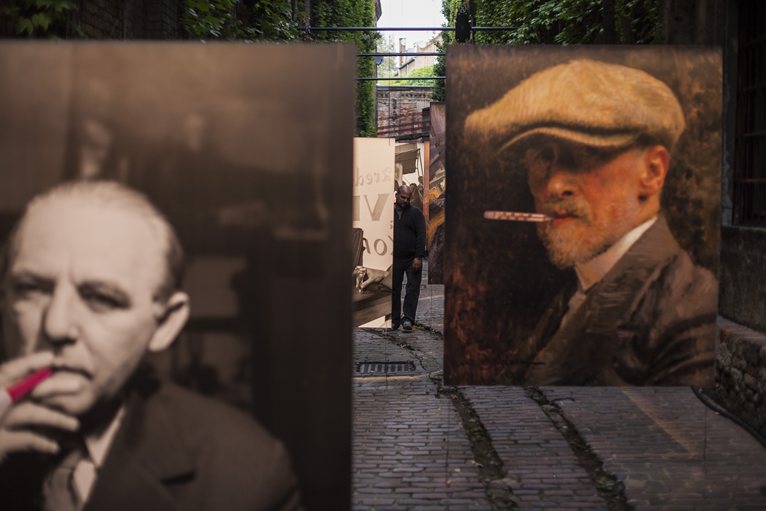 Glyptotheque HAZU, an art institution in Zagreb, Croatia, wanted to explore the link between smoking, art, and the concept of taboo. The resulting exhibition The Culture of Smoking: From Taboo to Taboo focuses on the role of smoking in Croatia's artistic and popular culture over the last 150 years. 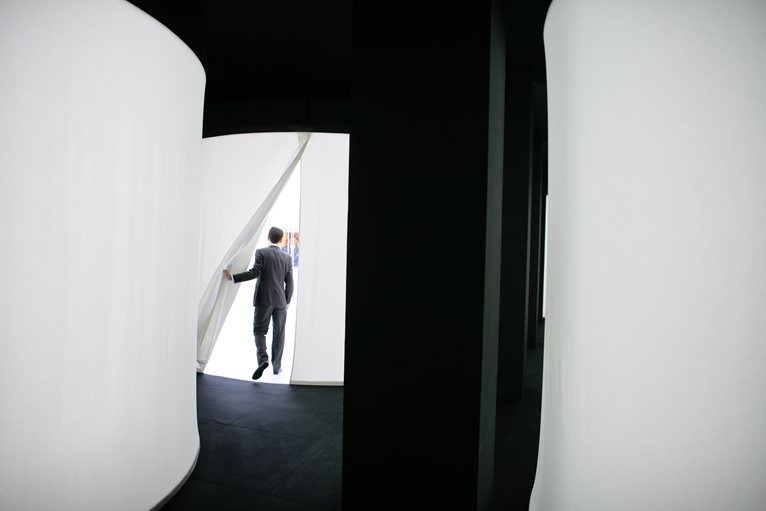 Watch the Culture of smoking: From Taboo to Taboo video 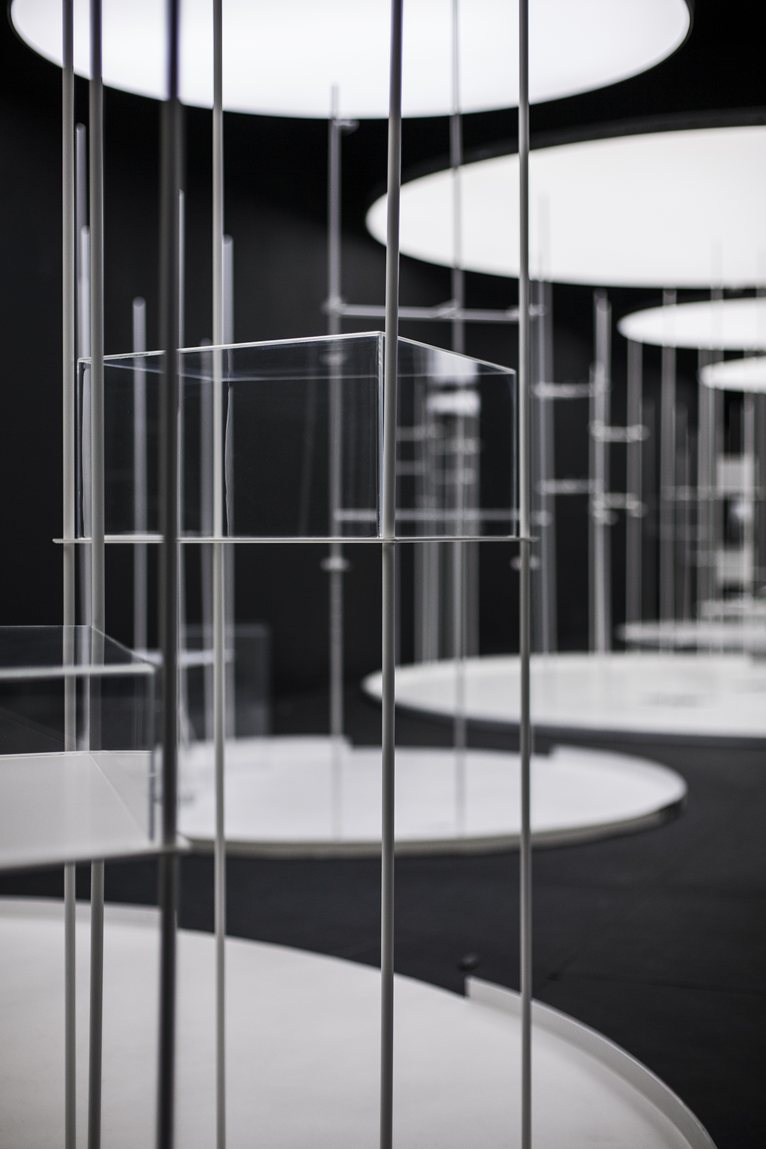 Brigada built a completely new space, one that has no walls or ceilings, where the only objects are the glowing cylindrical display rooms. Softly illuminated from within, they invite visitors to take a closer look. But only after stepping inside are the objects of taboo revealed. 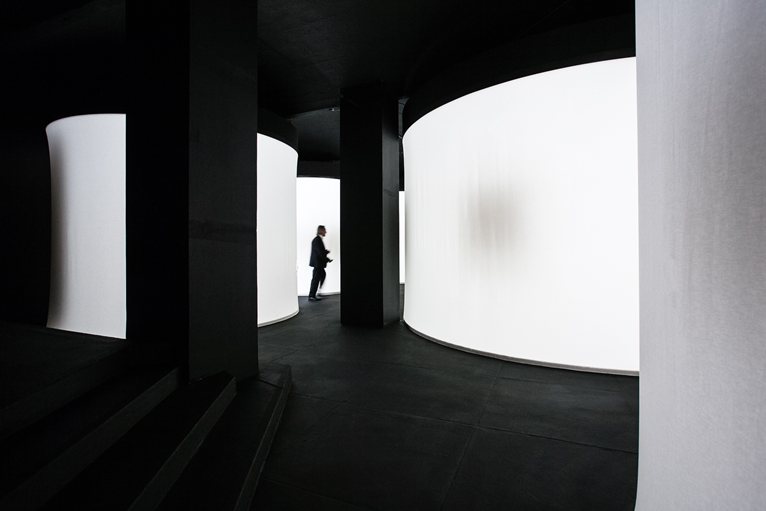 Brigada team's words about the project:

"Taking inspiration from the phenomenon of smoke, the main goal was to recreate its very essence in the gallery space itself by completely altering a well-known exhibition space. Playing with the idea of taboo, Brigada wanted to design an anti-exhibition – a display that hides the exhibits even from the museum itself. 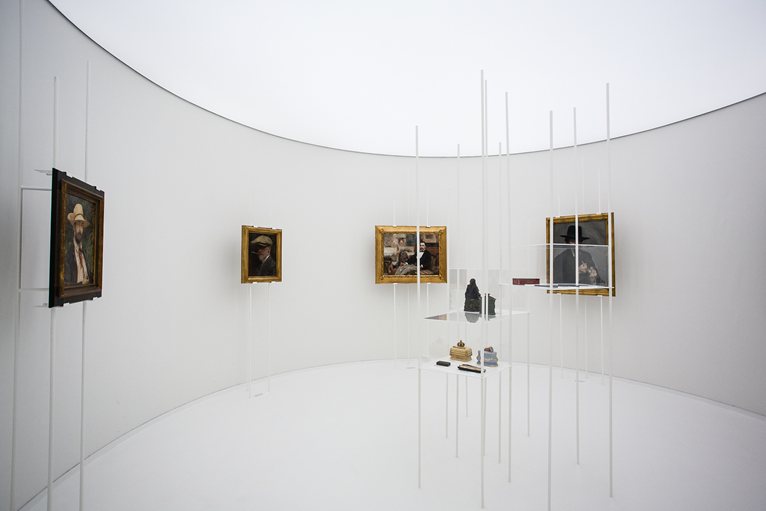 We decided to create a ‘nonspace’ that plays with perception on different levels. By transforming and concealing all the existing elements of the gallery and painting the entire area black, the conventional exhibition space disappeared. Inside of it we built a completely new space, one that has no walls or ceilings, only cylindrical display rooms reminiscent of smoke circles or oversized cigarettes. 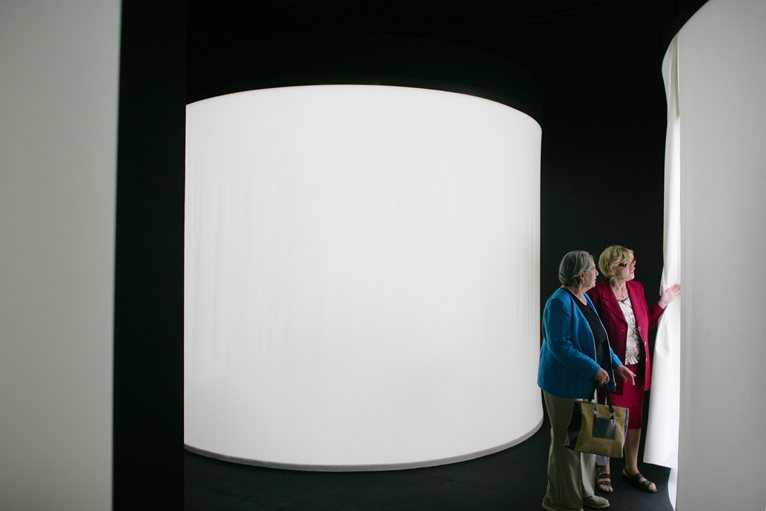 Softly illuminated from within, their enticing glow invites visitors to come take a closer look. But only after stepping into the space are the objects of taboo revealed. 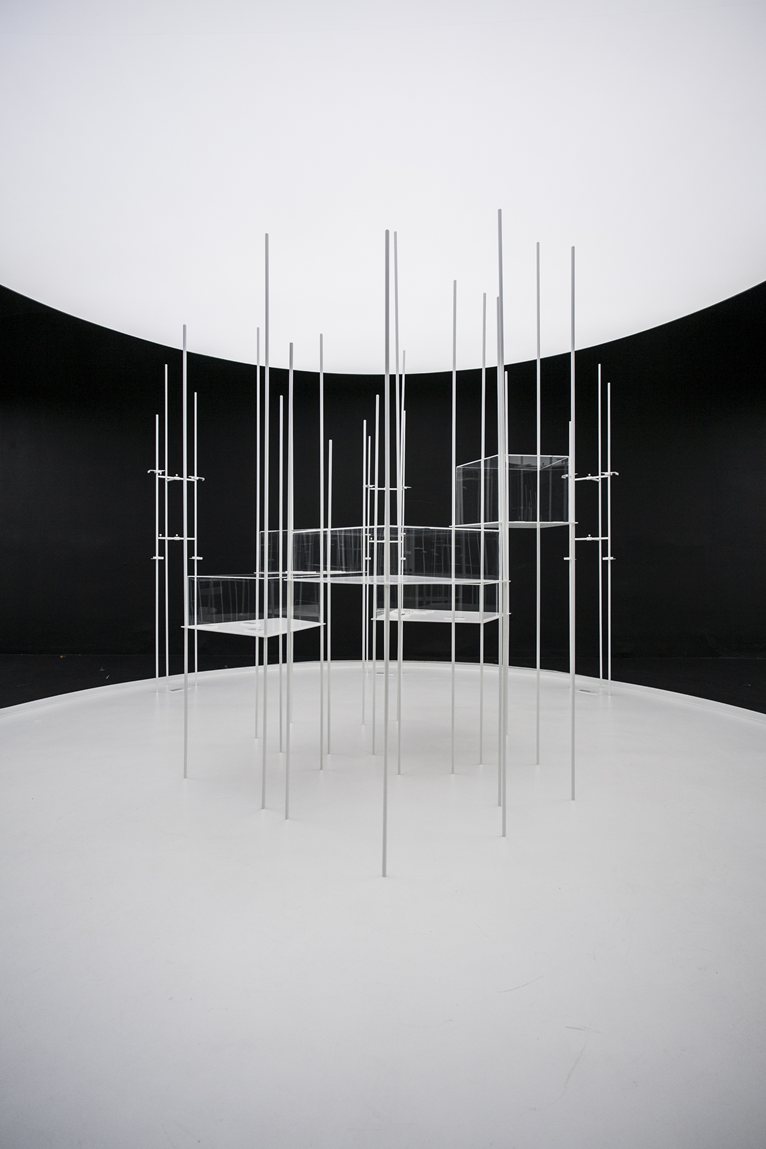 With no walls to hang paintings on, we designed modern easels that hint at the moment of artistic creation – usually in a smoke-filled studio. A special system of freestanding display cases and slender cylindrical rods exhibits smaller objects. 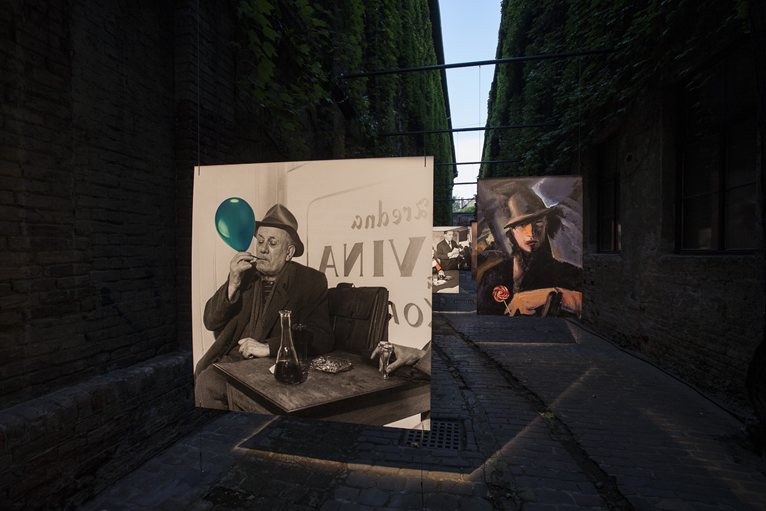 Ceiling lights illuminate the exhibits without creating any shadows to provide a contrast between the outer (black) and inner (white) space without disrupting the ephemeral feeling of the whole exhibition. 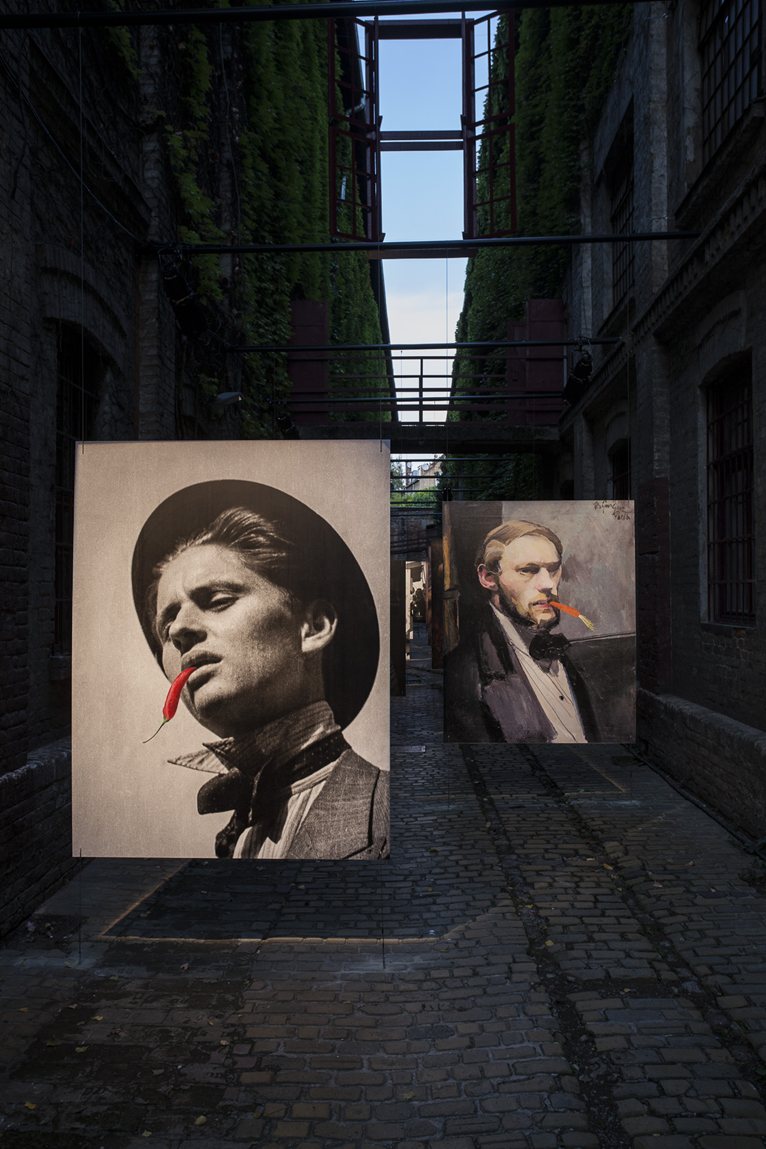 Our display rooms create an atmosphere charged with mystery, discovery, and sustained interest. Visitors excitedly move back and forth between display spaces, revisit their favorite rooms, and ultimately create their own path through the exhibition. 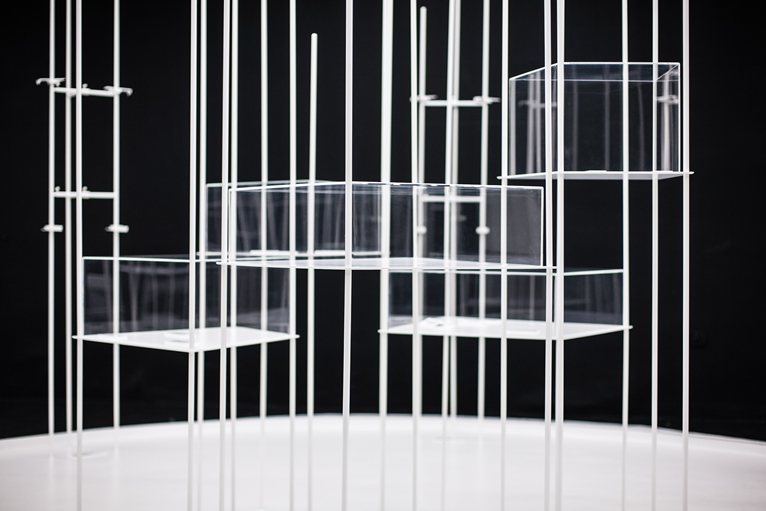 On the way out of the museum, enlarged reproductions of key paintings from the exhibition remind visitors of Croatia’s restrictions on public images of people smoking – instead of cigarettes, Croatia’s notable historical figures puff and flourish garden veggies, balloons, candy canes... 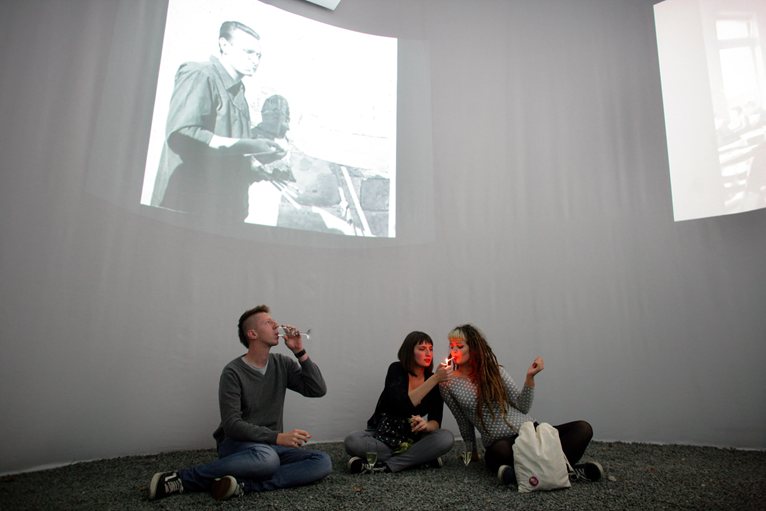 Humorous as the finale is, it certainly begs the question, What would culture look like without smoking?" 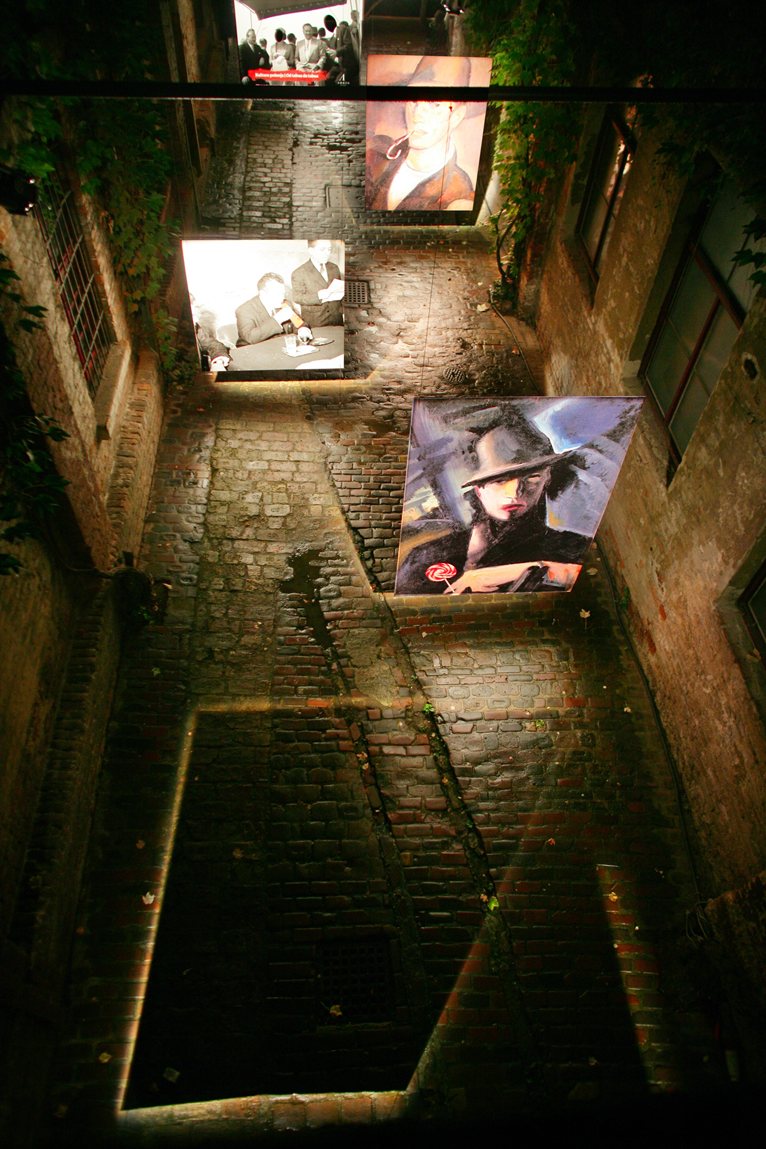 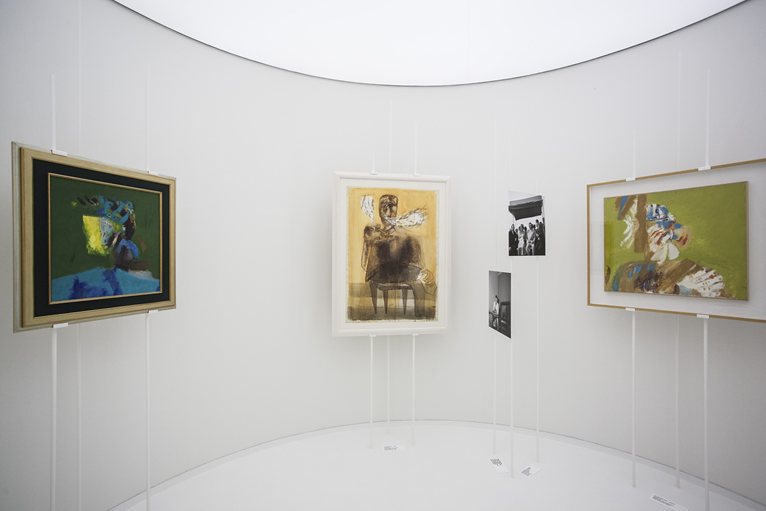