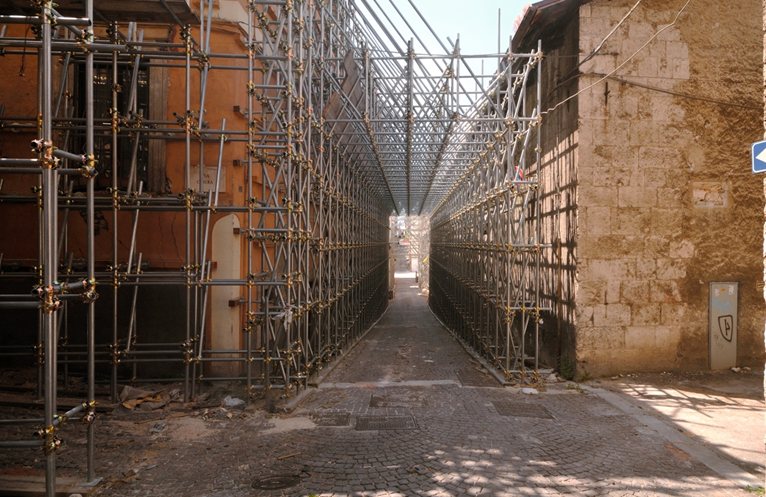 Until 18 April 2013 the Wolk Gallery at MIT School of Architecture + Planning hosts Suspended City : L’Aquila After the Earthquake of 2009 photographs by Michele Nastasi.

On April 6, 2009, a magnitude 6.3 earthquake struck the medieval city of L’Aquila in central Italy. Three hundred people lost their lives and 70,000 were left homeless by the catastrophe, and eighty percent of the historic center of the city was destroyed or damaged. Government response in the months that followed focused on new residential construction to house the thousands of displaced residents. The historic center was cleared of debris and stabilized but remained a “zona rossa”, uninhabited and closed to public access. 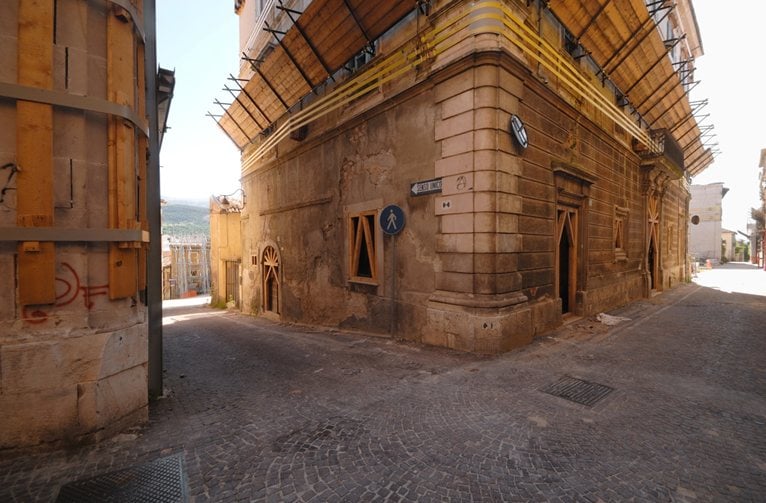 L’Aquila had experienced many destructive earthquakes in its nearly 700-year history, and in each instance reconstruction followed the city’s original thirteenth-century plan. The most destructive event, in 1703, resulted in a new fabric of baroque monuments, with few fundamental changes to the medieval urban form. Following the 2009 earthquake, however, rebuilding was stalled by a deep public divide over how the city should be reconstructed and ultimately used. 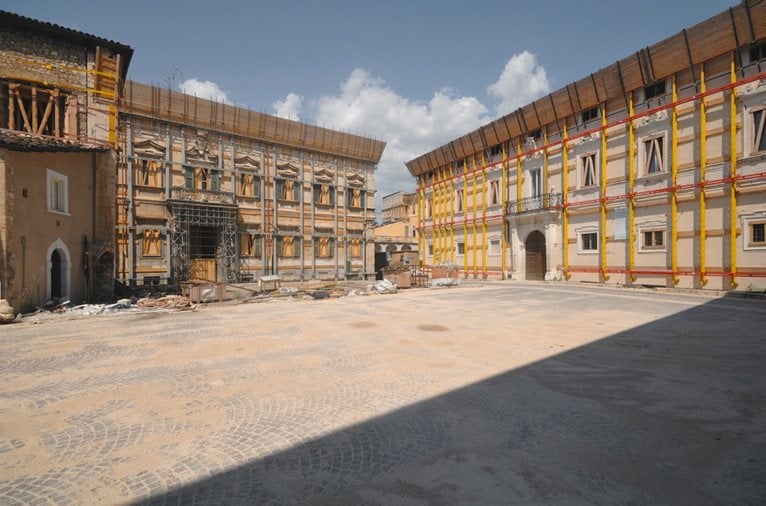 Milan photographer Michele Nastasi began working in L’Aquila soon after the earthquake. His photographs record a cityscape of prosthesis: splints, casts, and stays shore-upand stabilize centuries-old structures. These surgical interventions in the fabric have beentechnologically successful even if the patient itself – L’Aquila – still shows no sign of life.Nearly four years after the earthquake, L’Aquila remains caught in a planning impasse, andit appears increasingly unlikely that former residents will be able to resume their livesin the suspended city. 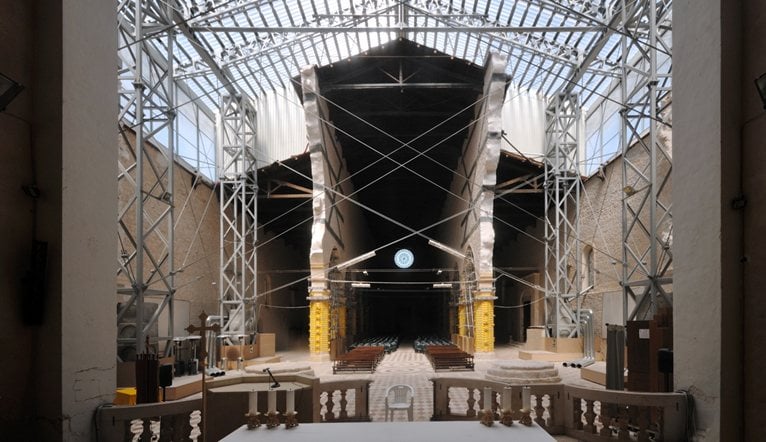 The exhibition represents a good opportunity to reflect on reconstruction after catastrophes. Many times tsunamis, floods and earthquakes completely devastate whole villages and cities giving architects and planners the opportunity to rethink the urban fabric. But what happens if the city is still there, showing the defects of bad conservation practices day in day out? We suddenly find ourselves before another city that almost looks like a superstructure of scaffolding, bearing the weight of the incapacity to manage such magnificent heritage.