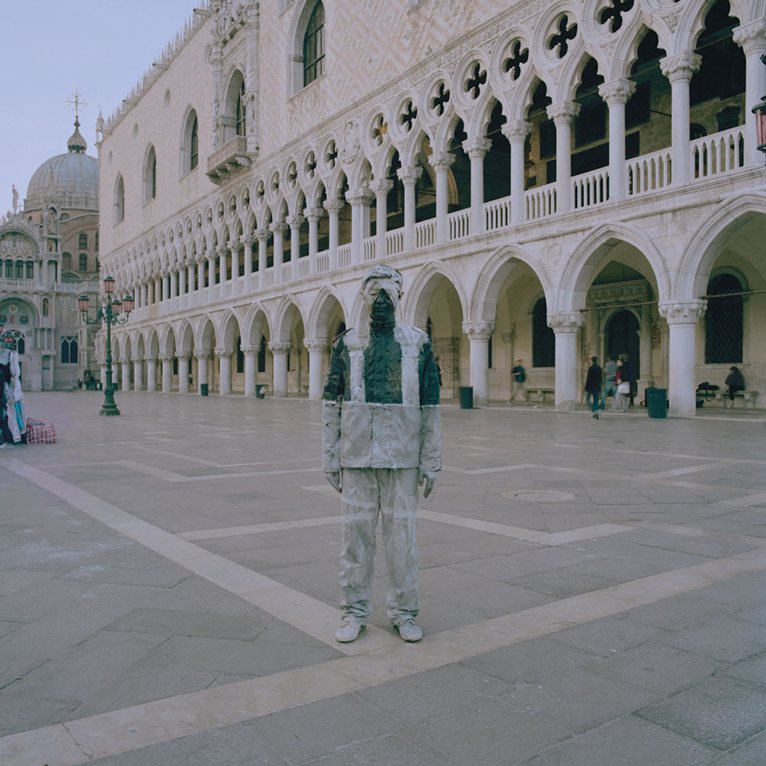 Galerie Paris-Beijing is pleased to present the second solo exhibition of Liu Bolin in its Paris space. An internationally celebrated artist, most known for his camouflage photo-performance series Hiding in the City, Liu Bolin will reveal exclusively to the Parisian public his most recent (dating 2012) previously unseen images took in China and Paris. 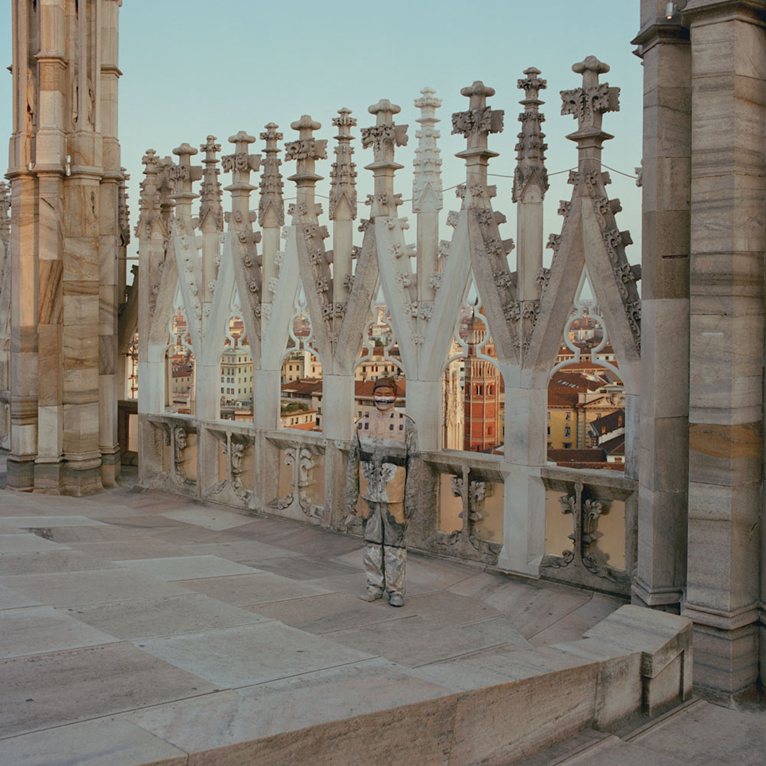 After his recent noteworthy participation in the Images de Vevey Festival (Switzerland), where his photographs were printed on the walls of the town, reaching gigantic sizes up to 600 square meters, Liu Bolin will be a guest at the Made in Asia Festival in Toulouse (France, February 2013) for a major personal retrospective of his work. Galerie Paris-Beijing will show his work again next March in its new Brussels space, for a main retrospective exhibition retracing the last ten years of the artist’s creation, from his first sculptures to his recent monumental installations. 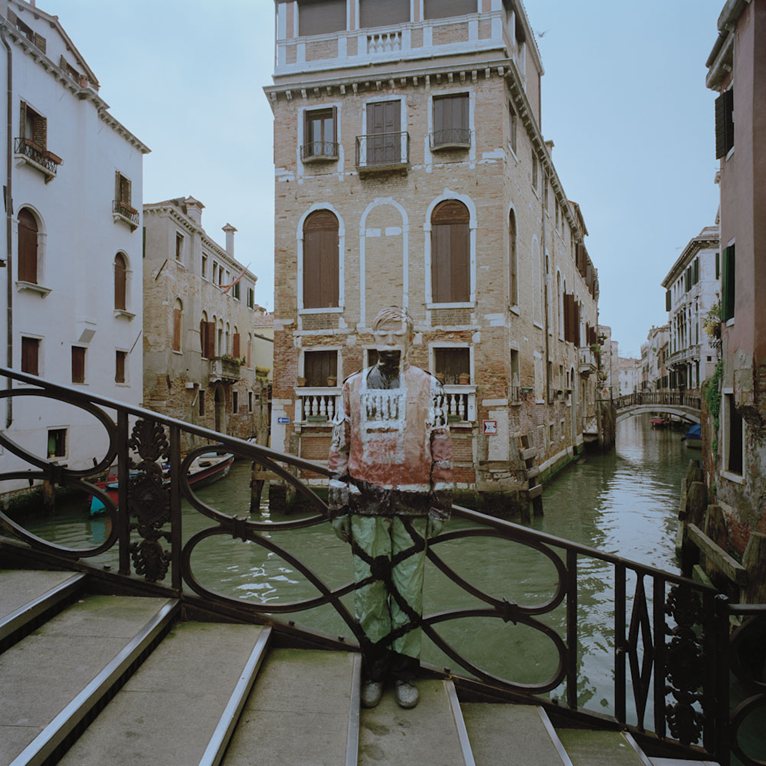 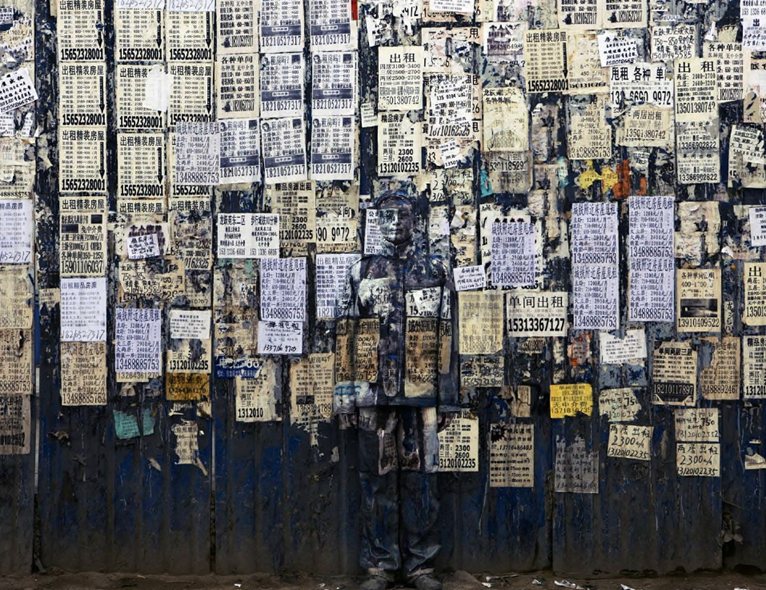 His name is Liu Bolin, also known as ‘the chameleon man’. A Chinese artist of the new generation (born in 1973), Liu Bolin is specialized in stunning performances in which he perfectly disguises himself as the surroundings, constantly playing between the visible and the invisible. By making use of a number of artistic genres and techniques, ranging from sculpture to body art, from performance to photography, Liu Bolin is capable of posing for hours completely motionless. 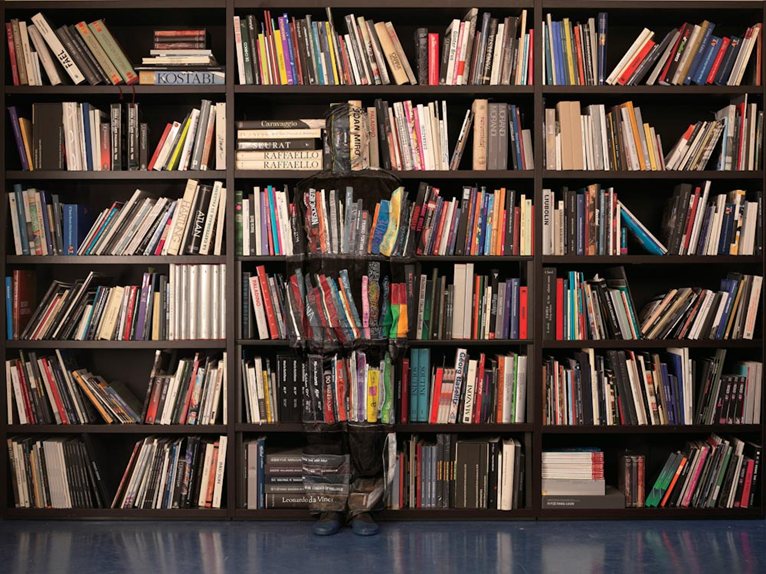 Thanks to his team of collaborators that includes painters and photographers, his body ends up completely swallowed up by the environment. No Photoshop post-production, rather, very careful body painting and a meticulous study of perspective is what makes the finest quality of his camouflages. Indeed, it is only after an extended series of snapshots that the artist finally selects what he regards as the image that best captures his evanescent presence. 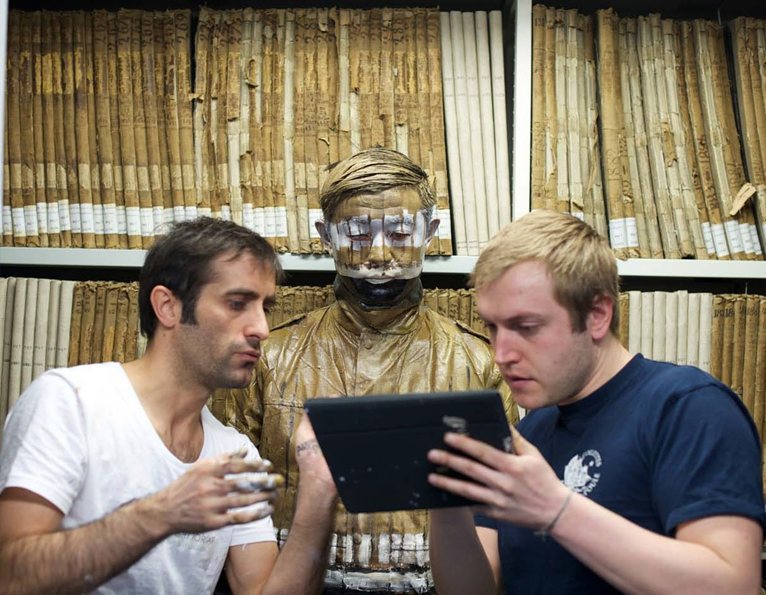 To spot ‘the invisible man’ out may even turn into a sort of game. Yet the origin of Liu Bolin’s camouflaging performances is anything but playful. It all began with the destruction of the artist’s atelier at the Suojia Village International Arts Camp, a Beijing suburb where hundreds of artists were based. On November 16, 2005, in the context of the works for the Olympic Games of 2008, Chinese authorities began demolishing the village, evicting its inhabitants. 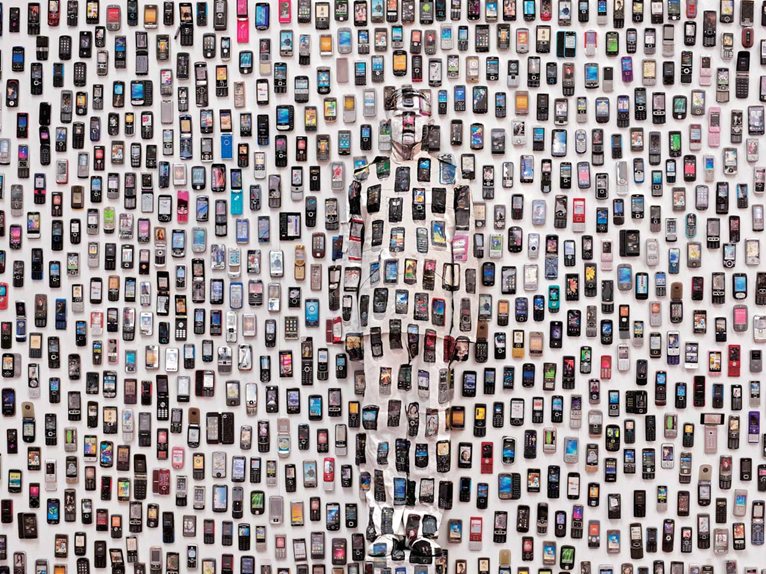 Liu Bolin’s series Hiding in the City tells this story. The series opens with the silent protest of a self-portrait in which an immobile artist camouflaged as bricks lies down among the ruins of his own atelier. Execution is perfect, the illusion disquieting. 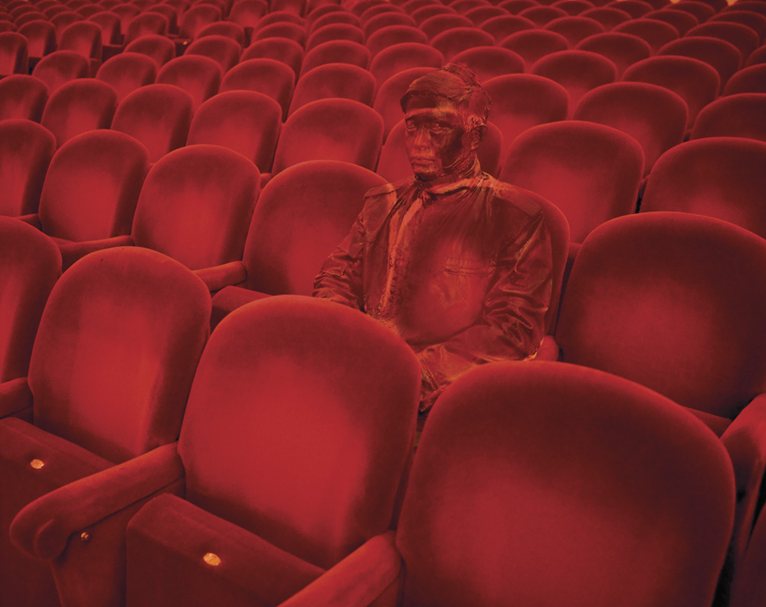 It is in the context of a booming China, with its unruly economic development, its massive urbanization, and the ensuing large-scale societal consequences, that Liu Bolin’s artistic production makes sense. The artist belongs to a generation born under Mao and grown up in the 1980s on the ashes of Cultural Revolution. Originally from the Shandong district, Liu Bolin moved to Beijing in 1999, where he graduated at the Central Academy of Fine Arts, specializing in sculpture under the guidance of Sui Jianguo. At about that time, he also joined the milieu of alternative artists’ communities. 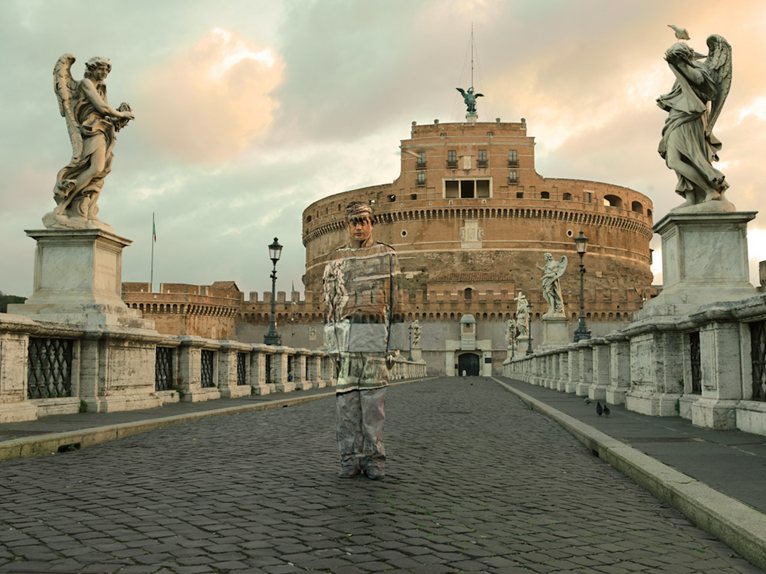 Following the model of the Beijing East Village (1993-1998), such communities enabled young artists to experiment with performance art beyond censorship and political and cultural conservatism. 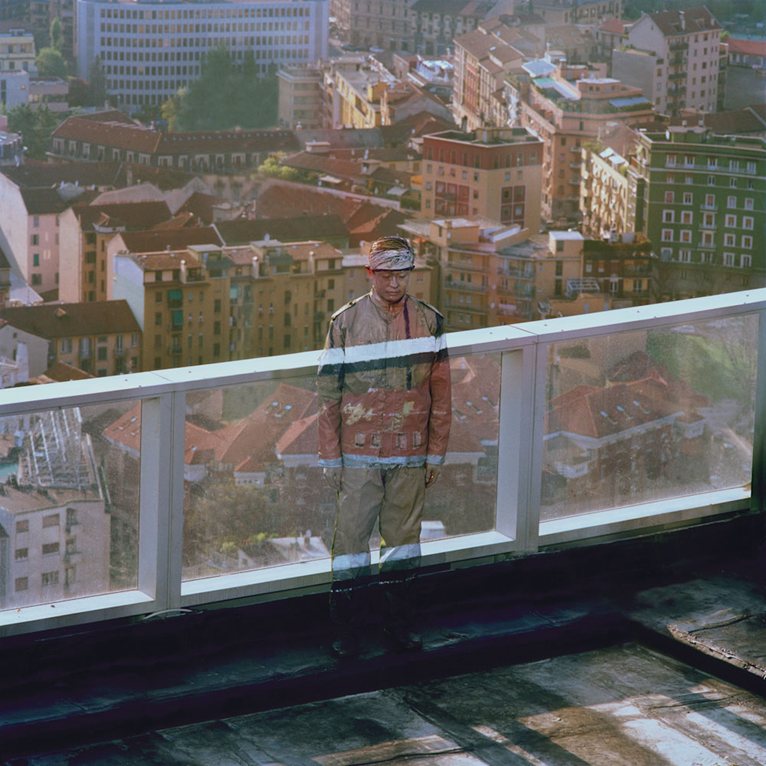 In recent years, Liu Bolin’s project Hiding in the City evolved and his research moved westward, turning into a critique of the social issues related to economic globalization, including the complex relation between civil society and financial power, ecology and the exploitation of natural resources, tradition and innovation, conservation and the destruction of heritage. 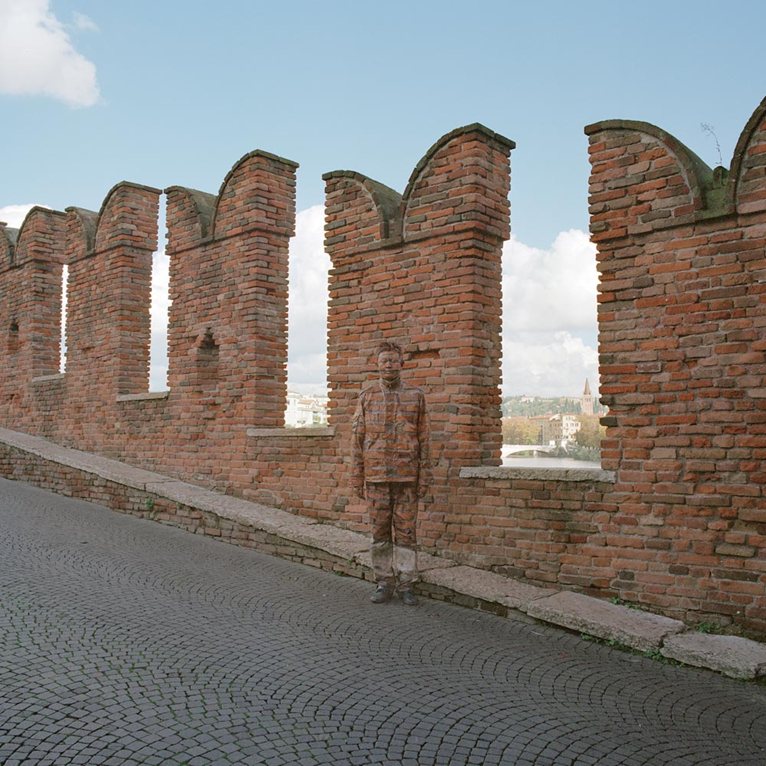 In the series Hiding in Italy (2010), Hiding in Paris (2011) and Hiding in New York (2011), the artist hides himself in various surroundings, conveying a message that is each time different and which mirrors his relationship to the world, whether in terms of belonging, condemnation, empathy or flight. 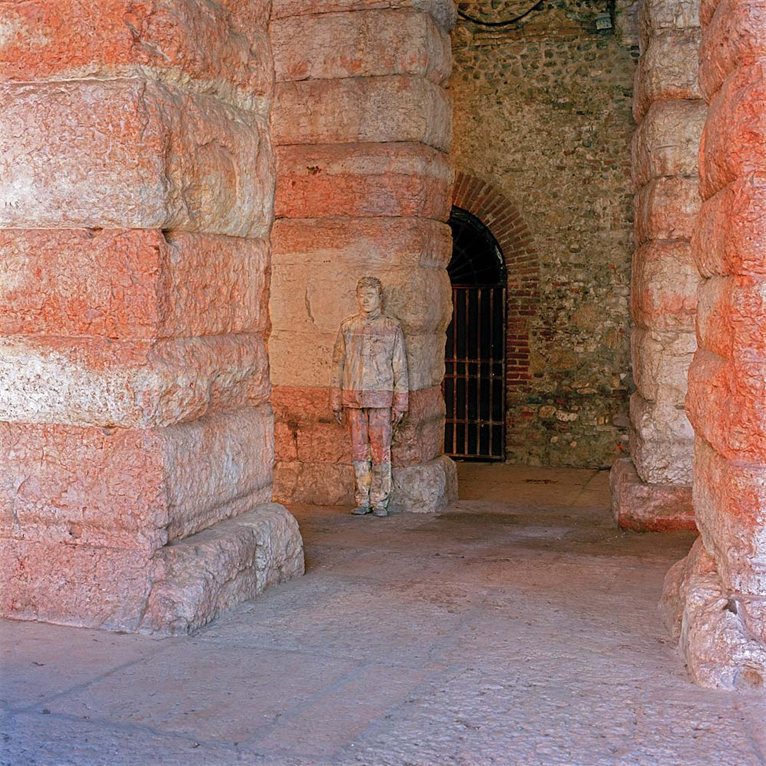 Liu Bolin does not resist the mainstream, rather, he dives into it and takes shelter behind it. He has described his philosophy as follows: ‘Each one chooses his or her path to come in contact with the external world. I chose to merge with the environment. Instead of saying that I simply disappear into the background, it would be better to say that the environment has engulfed me and that, consequently, I cannot afford to choose to be either active or passive’. 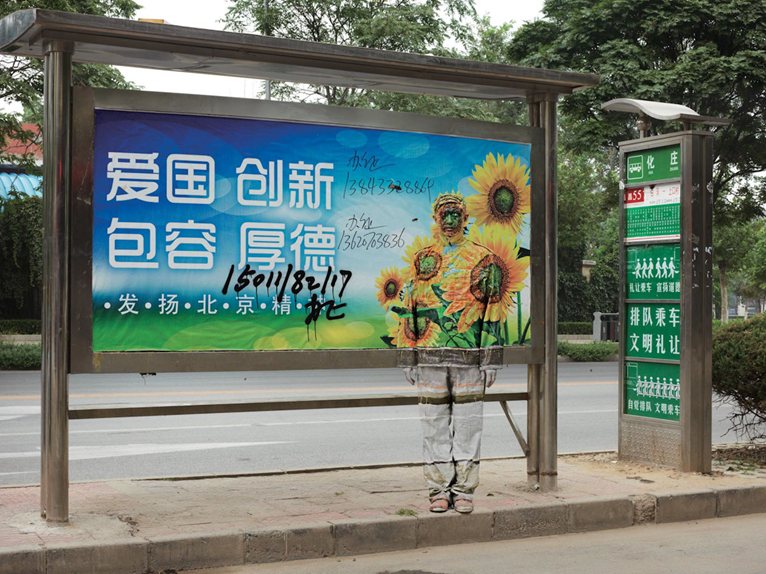 Although it may sound as a kind of Epicurean profession of faith, in fact, Liu Bolin’s phantasmagorical presence in urban landscapes full of symbols and writings has nothing to do with the serene motto of the Ancients, ‘To be happy, do live apart’. Rather, his images possess a more somber anthropological resonance which corresponds to a widespread strategy of deception in the natural world: the ability to camouflage oneself is indeed one of the most important factors for survival for many species of plants and animals. 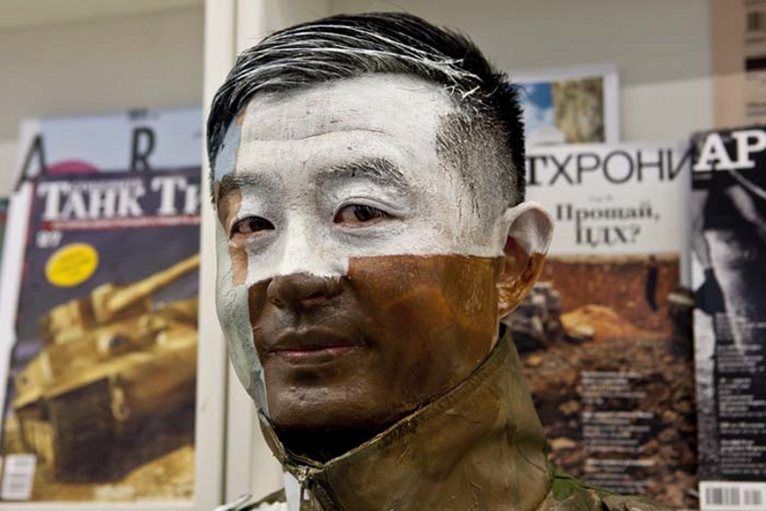 His performances thus speak of the individual’s capacity to adapt to environmental changes and reaffirm human resilience vis-à-vis social, political, economic, urban and ecological transformations. But, in the human world, where complex cultural and social artifices reign, camouflage can develop into a paradoxical strategy of visibility. By staging his own absence, the artist can express himself while remaining protected by its own work. 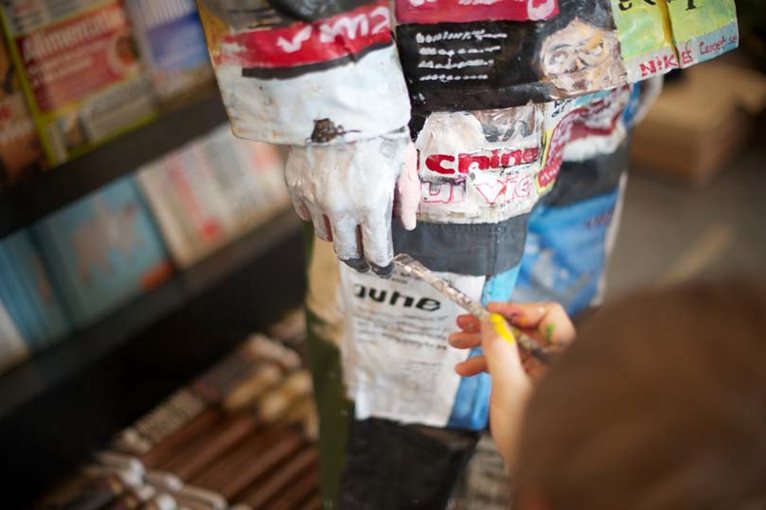