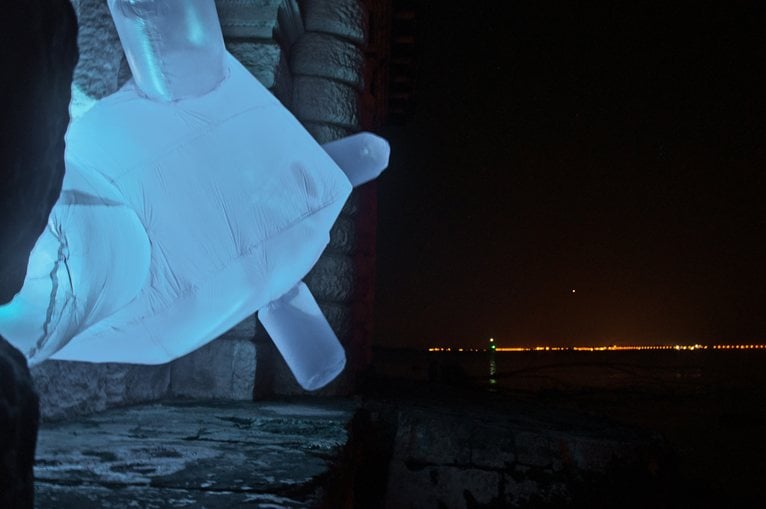 One of the most interesting realities recently created in the Italian young architecture panorama is Parasite 2.0, a collective of 23-year-old students from the Polytechnic in Milan.

After their first work installed in Porta Genova during the Salone del Mobile in 2010, they returned in 2012 in occasion of the last Venice Architecture Biennale presenting Parasite Trip, as part of the Grand Tour, a collection of projects curated by Stefano Mirti, professor at the Interaction Design Institute in Ivrea and one of the founders of the Turin based studio Cliostraat.

Stretched polyethylene weaved into the abandoned structure of San Cristoforo station in Milan, luminescent inflatable objects located on Sant'Andrea island in Venice and coloured smoke explosions in Porto Marghera, are just some of the stops in this creative journey. 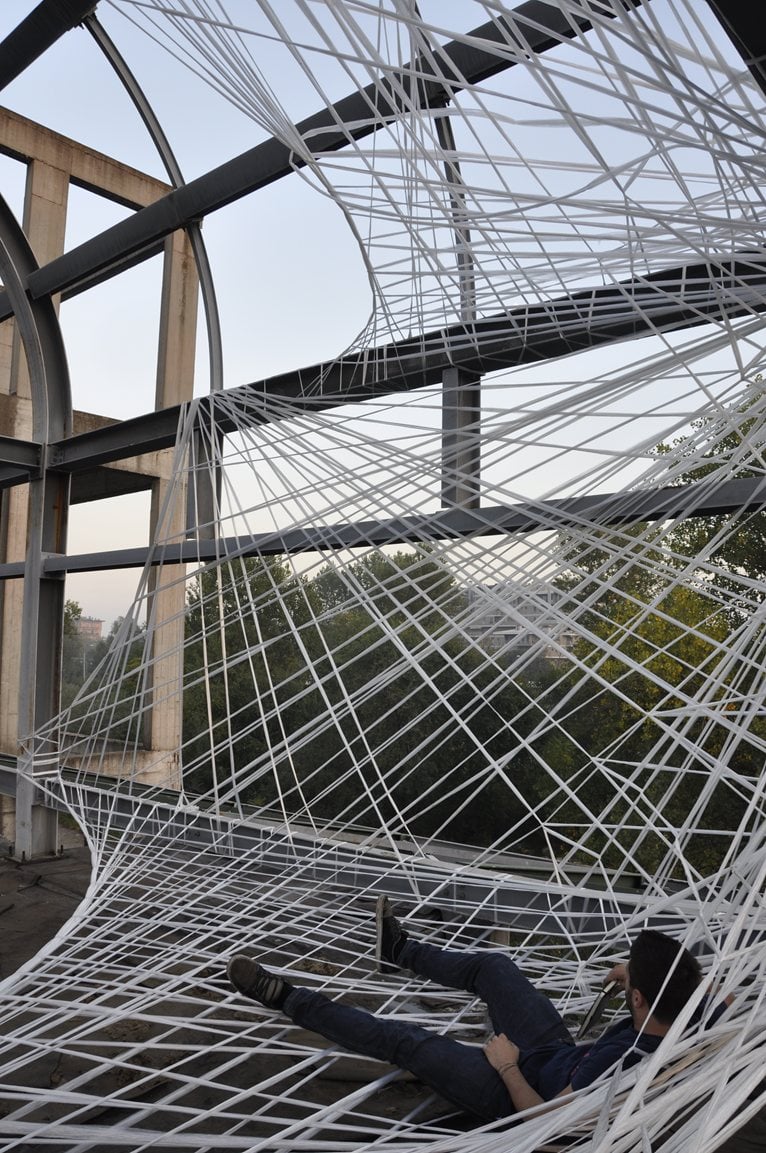 I spoke to Parasite 2.0 about this innovative way to occupy decadent spaces around Italy.

What is the aim of the Parasite 2.0 collective?

Parasite 2.0 arises from the prevented expression of young students in the academic world and professional field. It is a collective and open laboratory based on a free exchange of ideas, with the aim of considering the urban life status in the webcracy age and over planning of our cities and lives.

Could you summarise the idea of your comic PARASITE INVASION, Tales from the primitive future?

The project assumes a collapsed age because of today’s planning systems and life running modern man. It speculates a return to an archaic world, to the intellectual nudity of a prehistoric man who is able to built himself his own habitat, who is freed from a passive attitude towards the world frameworks and uses the inherited waste for a new prehistoric future nature. 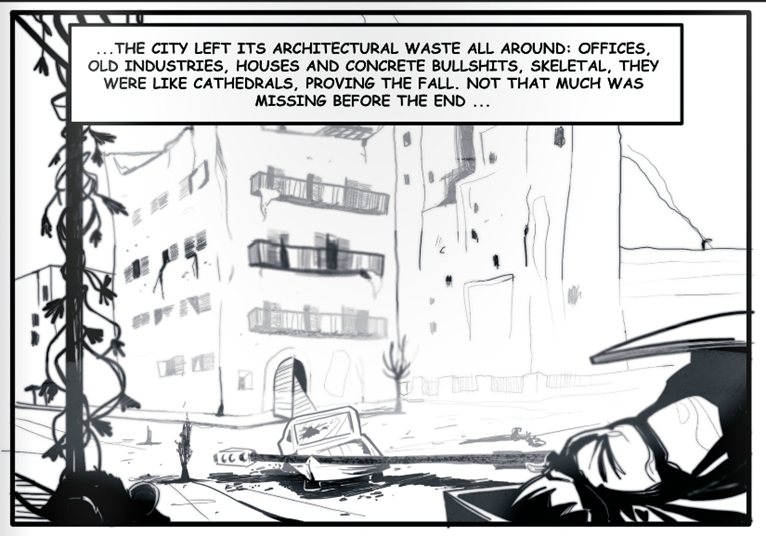 What is the relationship that you try to create between those abandoned spaces and your installations ?

We believe that conflicting situations within the city give rise to the abandon, which is the fruitful ground prepared to welcome the possibility of formulating new proposals and unseen and uncontrolled configurations. The Parasite Trip design, attempts to deal with the abandoned heritage, and it frames this environment as a new possible popular emancipation from below and not as an umpteenth fashionable trend from a glossy magazine.

Who is the master (in architecture or art) which most inspires your work ?

We envisage a tabula rasa for an ignorant popular knowledge. We deem that this must be the teacher, not the idea or the current developed by a single learned person or academic / elitist identity.

We now expect a wide propagation of initiatives of popular emancipation from below which opposed to the teacher a sharing knowledge among free persons. Some personalities, in the art and architecture fields, are already experiencing these currents. 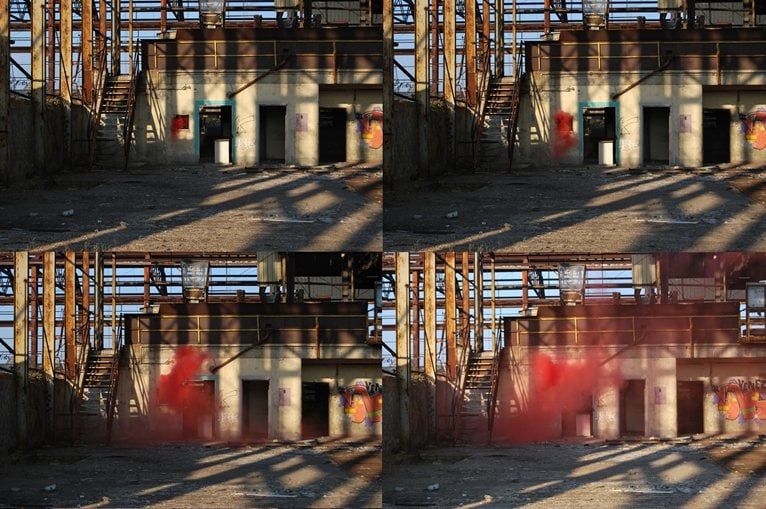 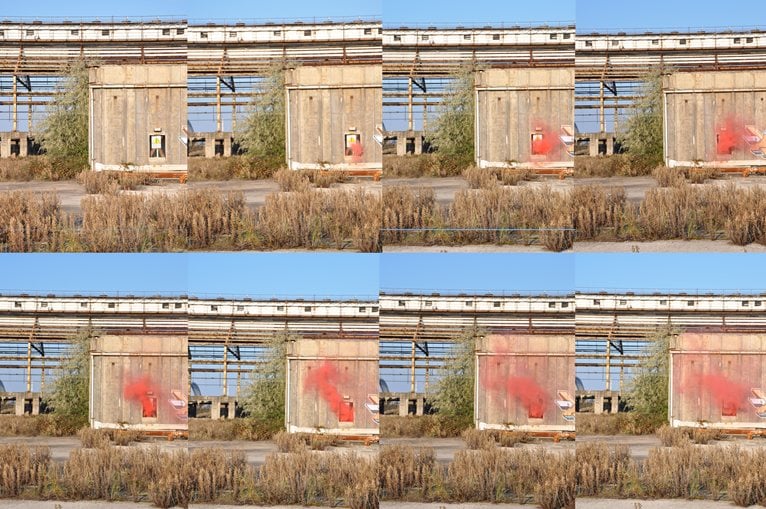