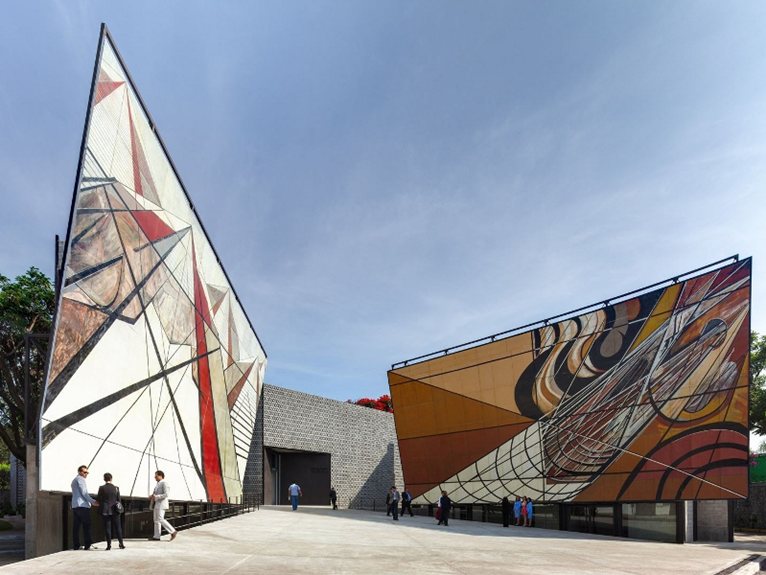 Two giant murals blend with the architecture of La Tallera Siqueiros in Cuernavaca (Mexico), designed by Frida Escobedo Studio. The two inclined façades of the new cultural centre that will house a museum and workshop spaces open a rift within the complex opening to the outside and creating a strong connection with the surrounding urban fabric. 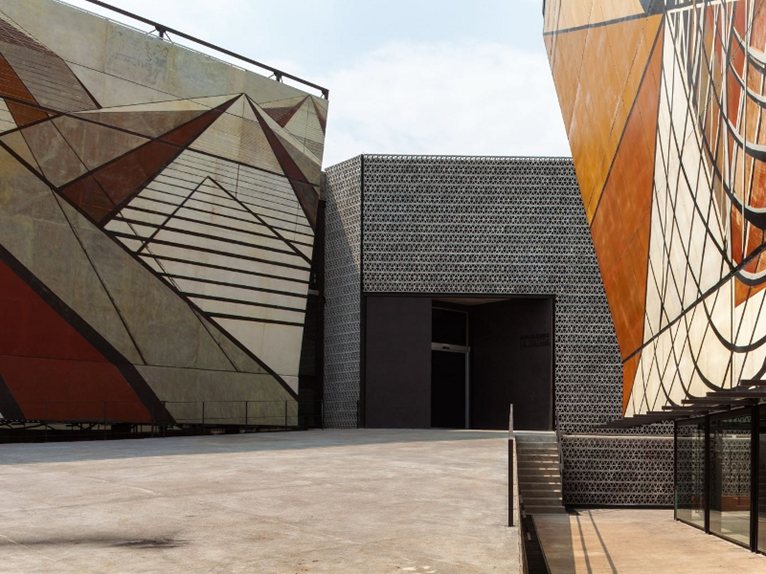 The complex contains the home-studio, built in 1965, which was home to the Mexican artist and political activist, David Alfaro Siqueiros (1896-1974) during the last years of his life and whose works are strongly linked to the post-revolutionary political context.

The Tallera is “an idea that Diego Rivera and I had in the Twenties: a laboratory dedicated to creating murals to experiment new painting techniques, new materials, geometries and perspectives”, this is how Siqueiros described it. 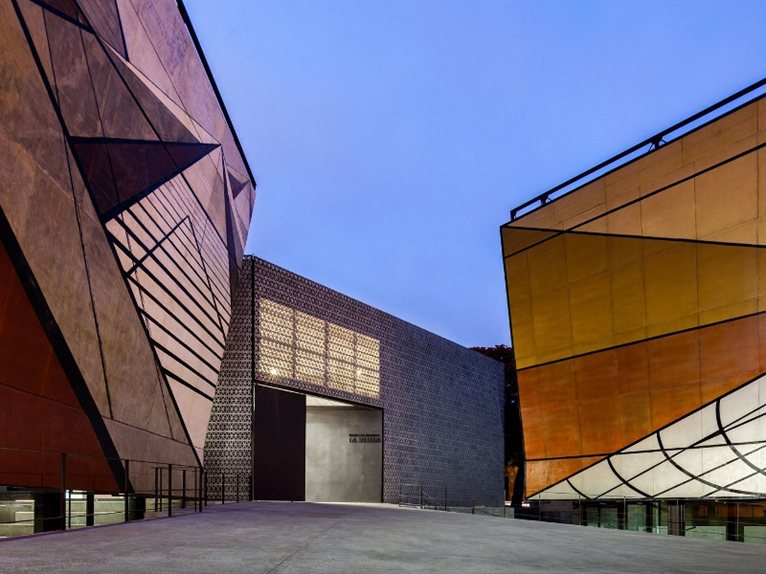 The intricate geometries of the murals of the two façades pay homage to the artist, performing the dual function of reconnecting the courtyard with the square and at the same time, separating the Taller house from the new museum spaces.

A dense mesh of untreated concrete triangles partially covers some walls of the museum maintaining the visual connection with the original nucleus. 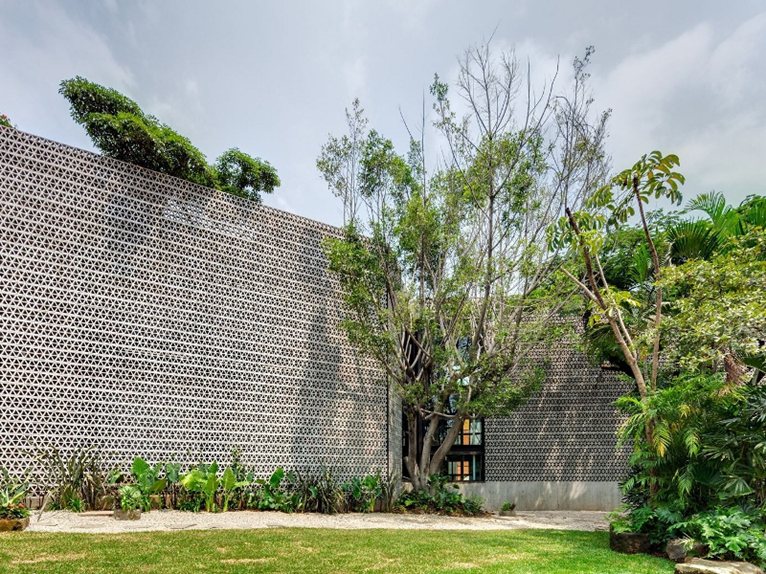 The strong link of the intervention with the country's history is confirmed by Consuelo Saizar, spokesman for the government policy, who announced the winner of the competition during the press conference stating: “Let us look to the past to go forwards.” It is no coincidence that the project was included during the last Biennale of Architecture in Venice, in the Mexican pavilion.