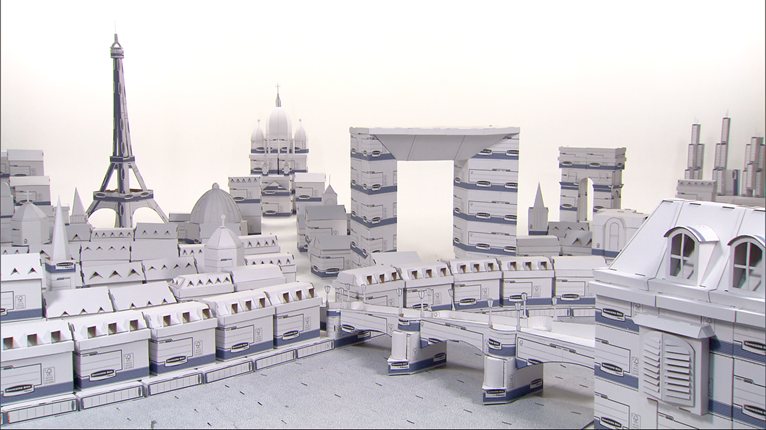 The level of detail and complexity of Gilmour’s work can only be described as unparalleled, having re-created iconic areas of each city and historical landmarks such as Big Ben, Bradenburg Gate and even the Eiffel Tower.

Titled ‘You can build anything when you put your mind to it’, the project saw Gilmour create a 40 foot wide replica of London in just two days. With the River Thames at the centre of the London build, flatpacked boxes meander around an eight-foot high replica of Big Ben flowing out beyond a intricately built and fully working Tower Bridge.

Additional replicas of a rotating London Eye, St Paul’s Catherdral and the Shard made completely of storage boxes, all sit on the Embankment of the ‘cityscape’ itself, yet it was Gherkin that proved the trickiest of buildings to manipulate given its circular and perpendicular shape. The view of the City from Hungerford Bridge sees even a moving cardboard Tourer bus passing over London Bridge in the foreground. 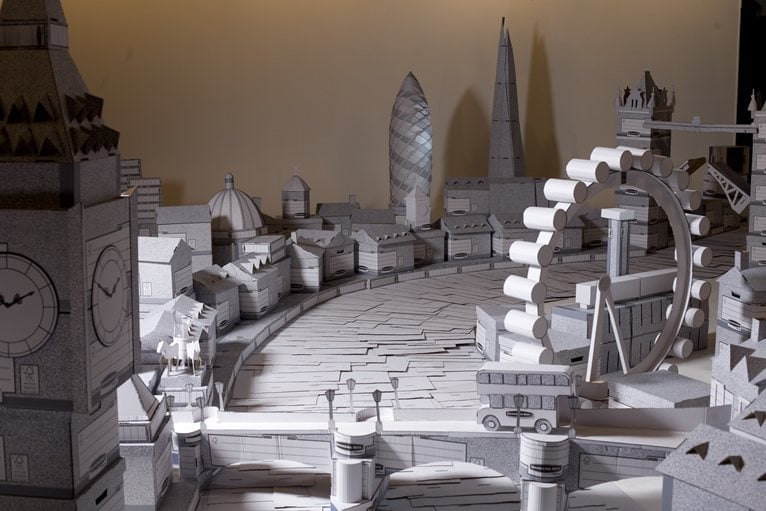 Talking about the project Gilmour explains “Creating the iconic landmarks from each city was a real challenge. London’s Gherkin was a particularly hard task due to the curve of the walls and the straight edges of the boxes. This is the largest project of its kind that I’ve undertaken. Thankfully the boxes were really easy to work with and build! The biggest challenge was placing the iconic sculptures in the correct place in each city to successfully convey the depth and size of the entire build. Finishing the project was a real achievement in itself and shows that you can build anything when you put your mind to it.” 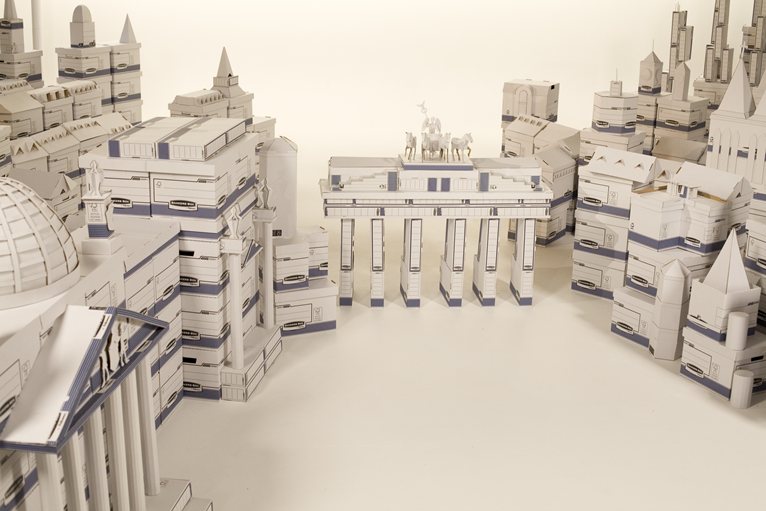 Chris Gilmour was born in Stockport and received his BA from the University of the West of England, Bristol. He has exhibited his work internationally since 1998 and has had recent solo shows in Italy and the United States. He received Italy’s Premio Cairo award in 2007 and the Premio Michetti in 2012. He was also included in Slash: Paper Under the Knife at the Museum of Art and Design, NY.

Watch the VIDEO of the build!