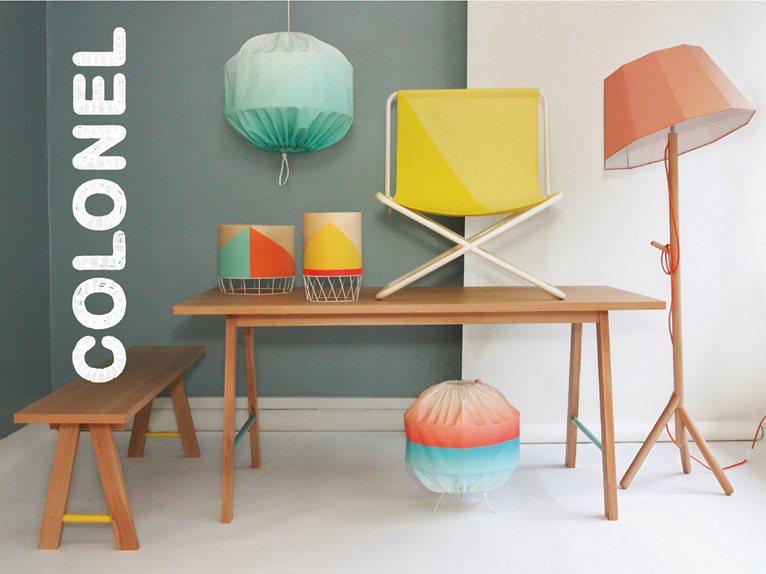 DESIGN - Colonel was born from the meeting between Isabelle Gilles and Yann Poncelet around the famous cocktail made of vermouth and lime ice, in 2010. Their desire is to first draw a fresh and contemporary collection. Colonel decides to launch a new design furniture and products company while working in parallel on interiors. Inspired by outdoor furniture (beach, camping) but in a modern way, Colonel work is a research on colors, rhythms and patterns, applied to furniture.

Colonel signs a new collection, consisting of Dowood lamp, a Pondy table, and presents a new version of his classics «Faces» lamp and «Caracas» armchair. This very summery collection, in the same universe as the first one, is inspired by outdoor esthetics and play with sweet colors and simple forms. Both collections were designed by Isabelle Gilles & Yann Poncelet. 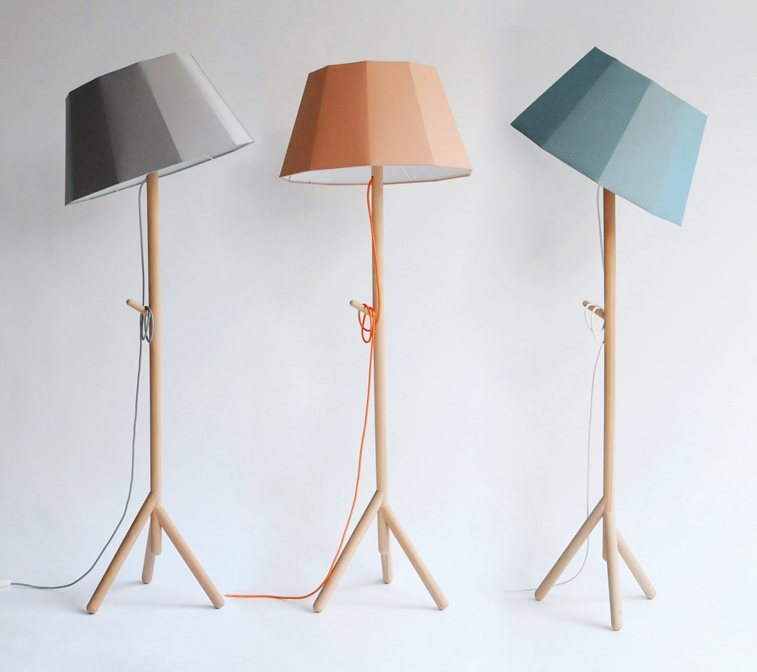 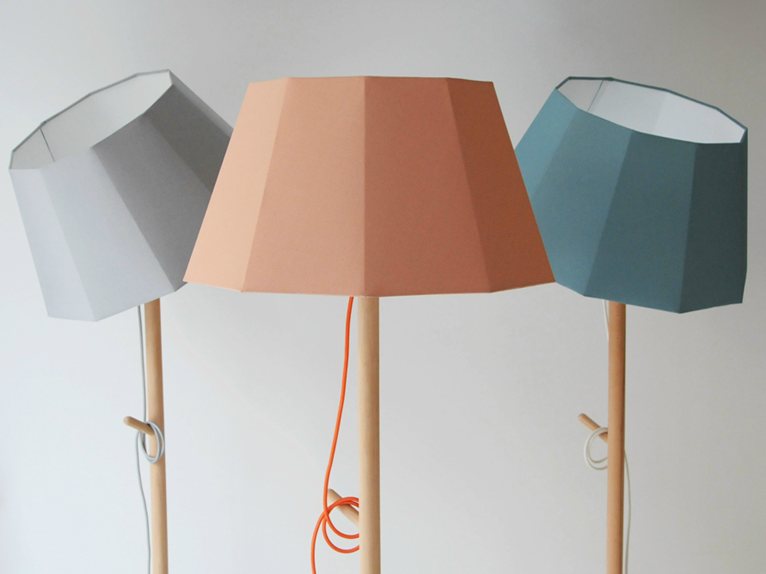 «Faces» lamp changes its look. Colonel offers new KVADRAT fabrics, in three different colors. Faces often changes appearance thanks to its large tilt decagonal shade. It could be compared to an umbrella. 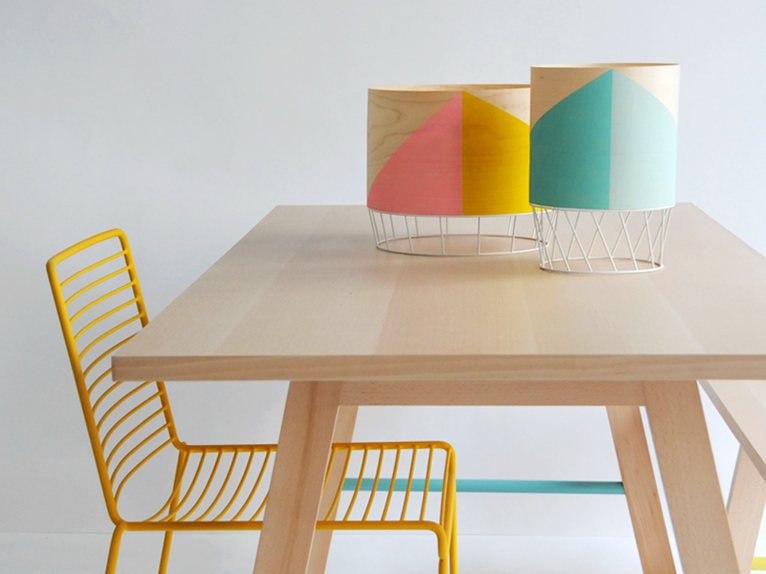 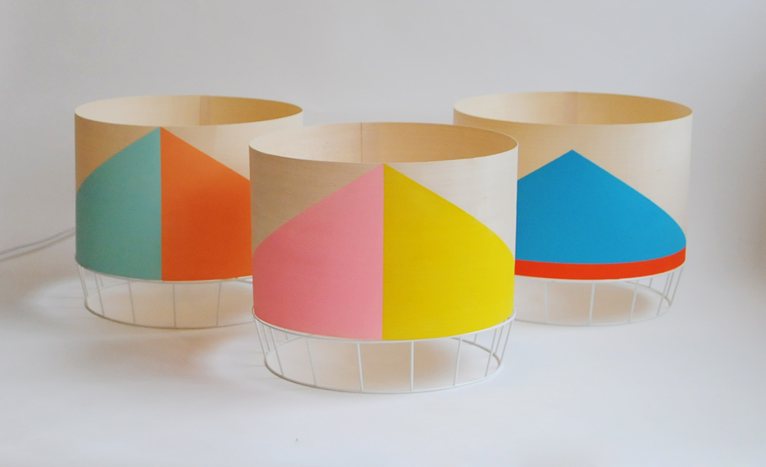 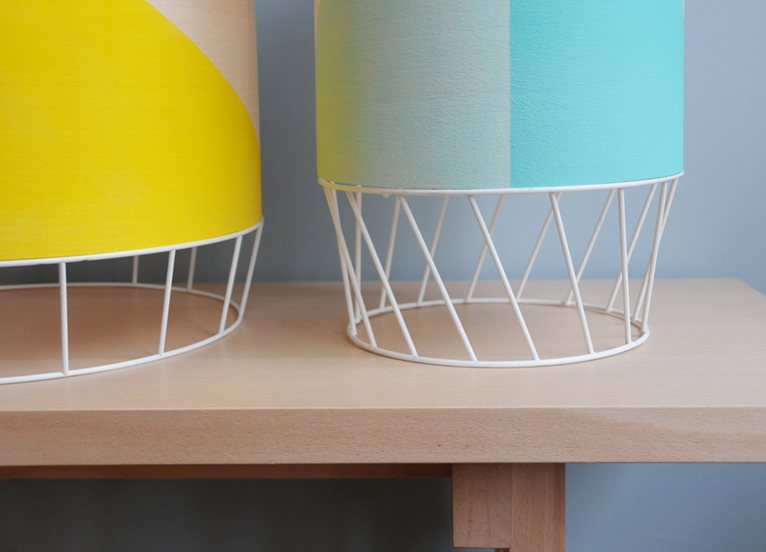 The Dowood lamp, raw and sophisticated at the same time has a painted metal base and a sycomore shade painted with bright geometric forms. 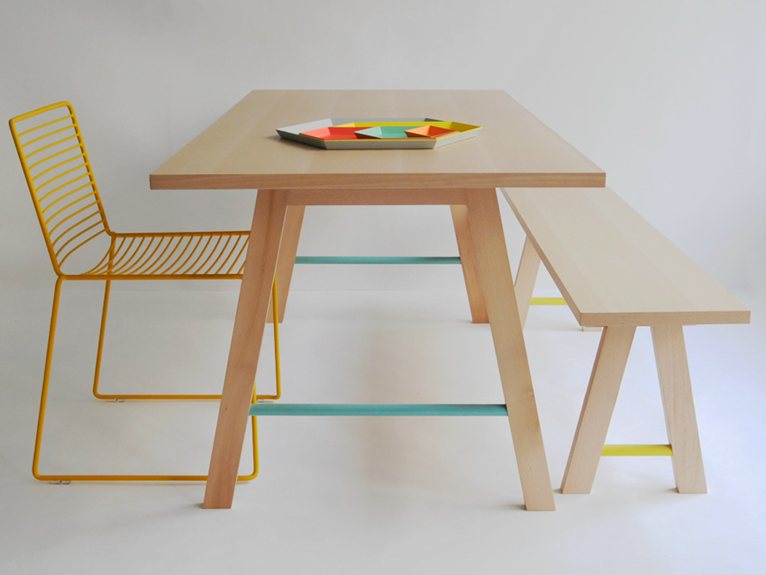 Pondy: Colonel creates a table with a raw and minimal appearance, where wood and metal interlock to create a harmonious whole. This table comes with a bench. Its size invites to conviviality.

Inspired by garden furniture, «Caracas» is a very contemporary version of the 60’s camping chair. Its large proportions invite to relax, its appearance suggests holidays. «Caracas» changes his appearence with a new graphic. 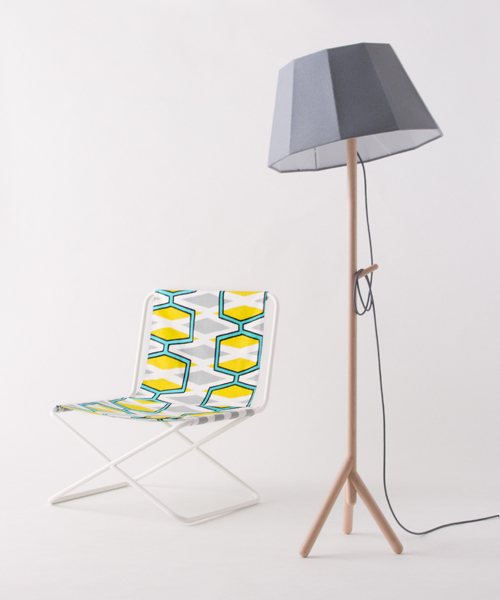