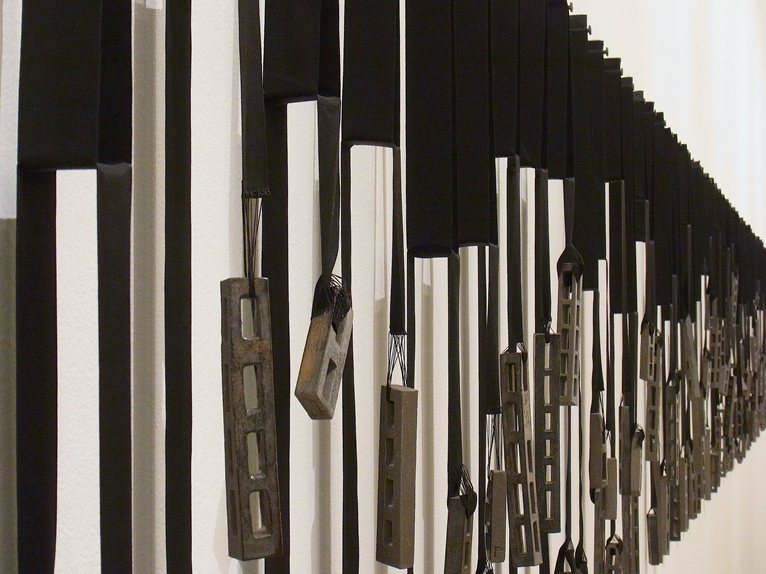 In spring 2010, France Goneau began a research project at Shigaraki Ceramic Cultural Park during a first residency in Japan, where she discovered a solidly anchored Japanese tradition that nevertheless leaves much room for experimentation. 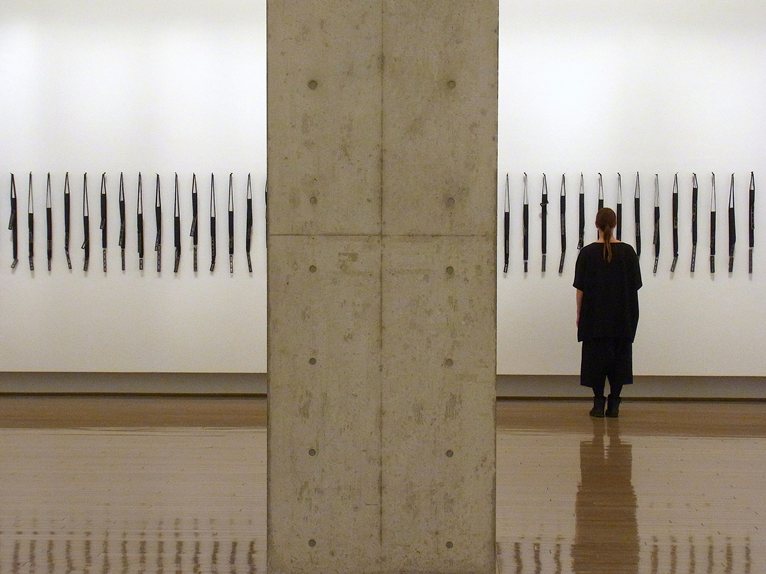 The strong presence of arts and crafts in Japan no doubt influenced her reflection on the mixing of materials, and she created her first sculptures integrating textiles with ceramics. 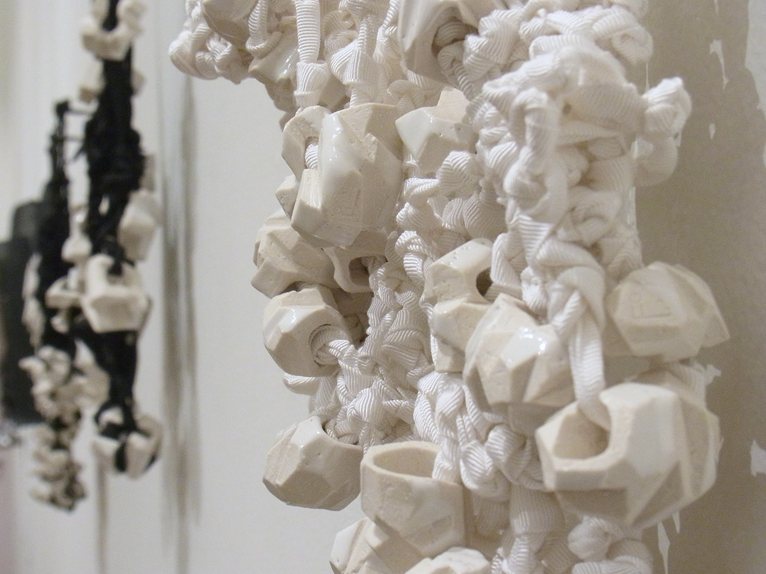 Goneau’s artistic signature is recognizable for its minimalist aesthetic and quiet strength. Bringing together porcelain and textiles in a unique way, she produces her sculptures through abstraction and scale variations, with great attention to detail. 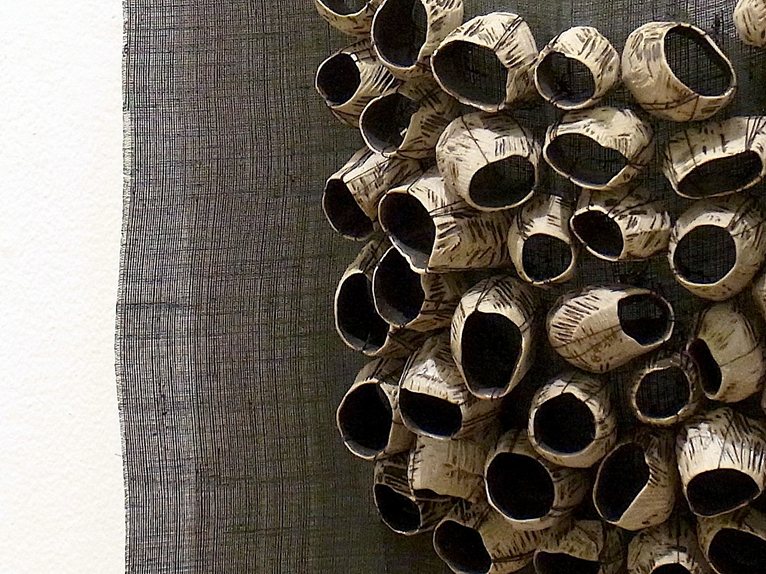 In disarmingly original artworks, she presents imaginary landscapes influenced by nature and architecture. Her series of small objects made of clay – modified, dissected, and transformed by repetition – manifest a double presence, their own and that of their evocation. Rhythms, echoes, and tensions collide to build powerful images that are both simple and truly timeless. 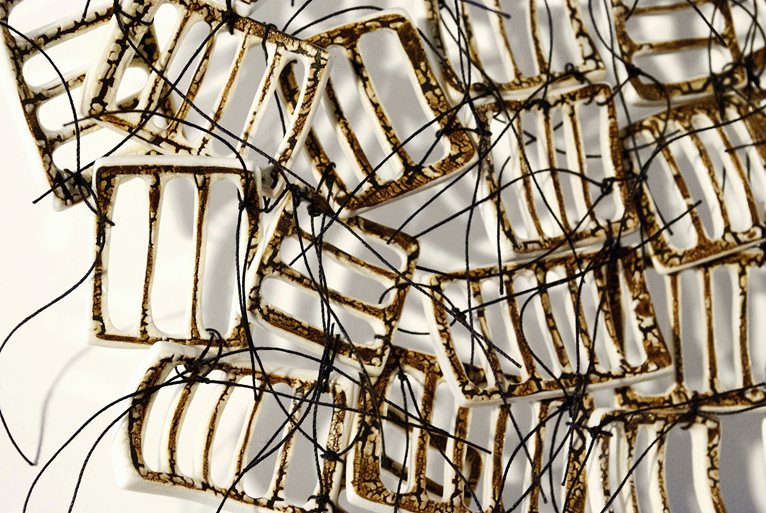 Goneau’s sculptures express her fascination with ornamentation. She uses the analogy of the jewel, the ornamental attribute par excellence, to observe the effects produced by the irresistible attraction of adornment. 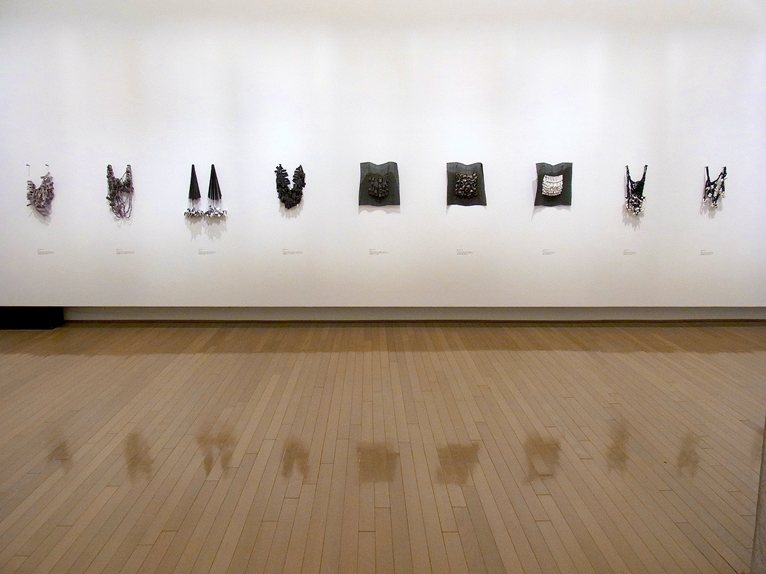 Her work probes the appearance of the decorative aspect as the only function – the function in which the superfluous, the extraordinary, and the exuberant cast their spell. 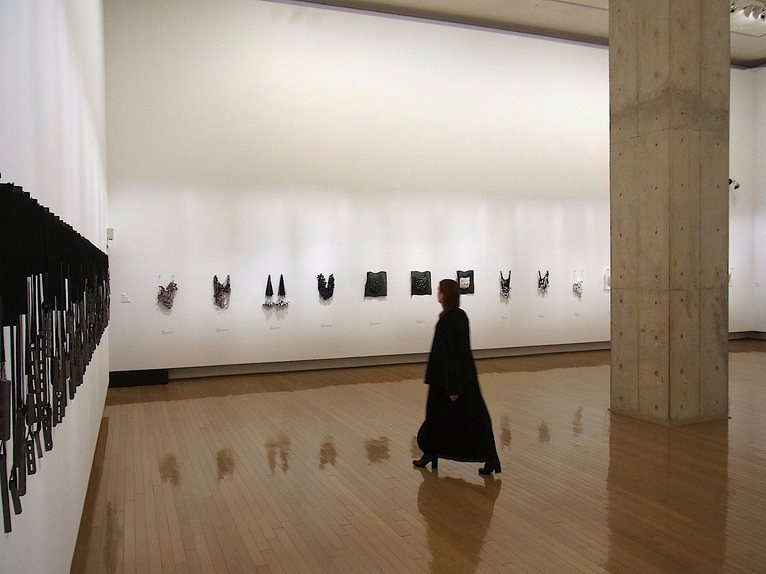 Her artworks disrupt the notions of perpetuity, stability, and weight that usually go hand in hand with ceramics. This transgression is conveyed in the shape, with no base, and in the assembly processes. 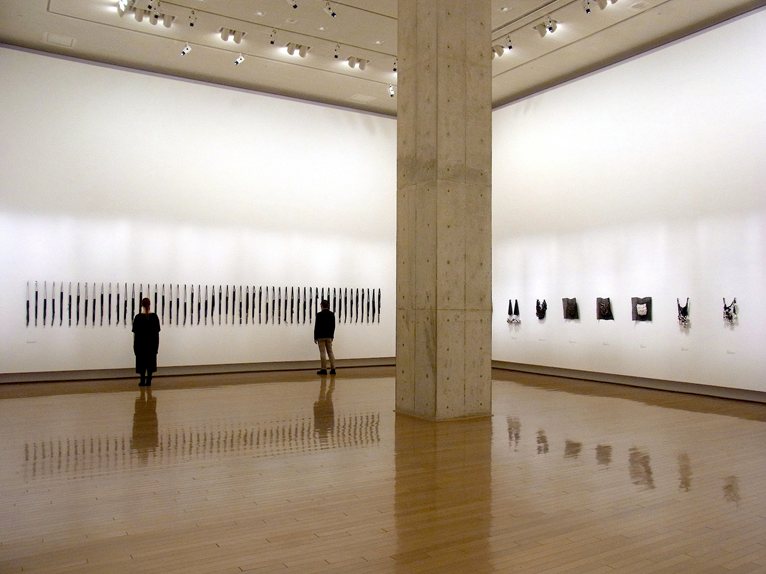 The delicacy of the compositions is contrasted with the opaque, resistant clay. 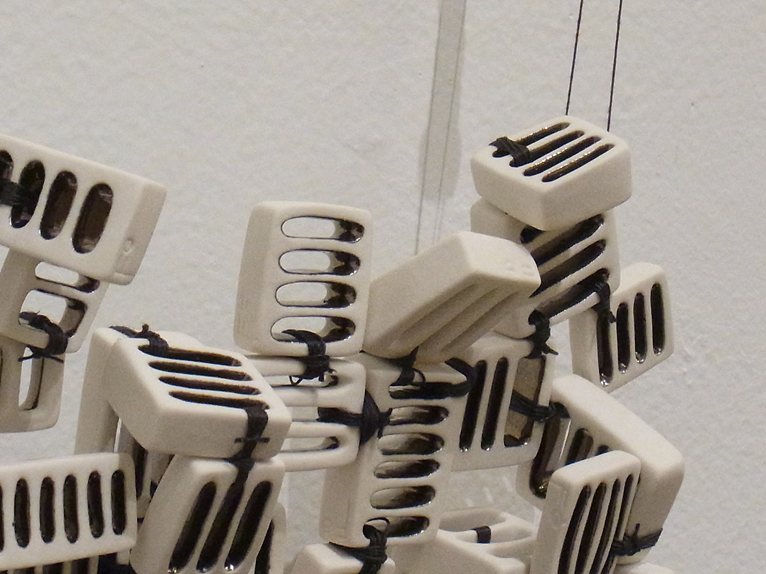 Skilfully arranged in the gallery by architect Jean Verville, who designed the exhibition layout, Goneau’s ceramics lead us to reflect on the role and influence of decoration. 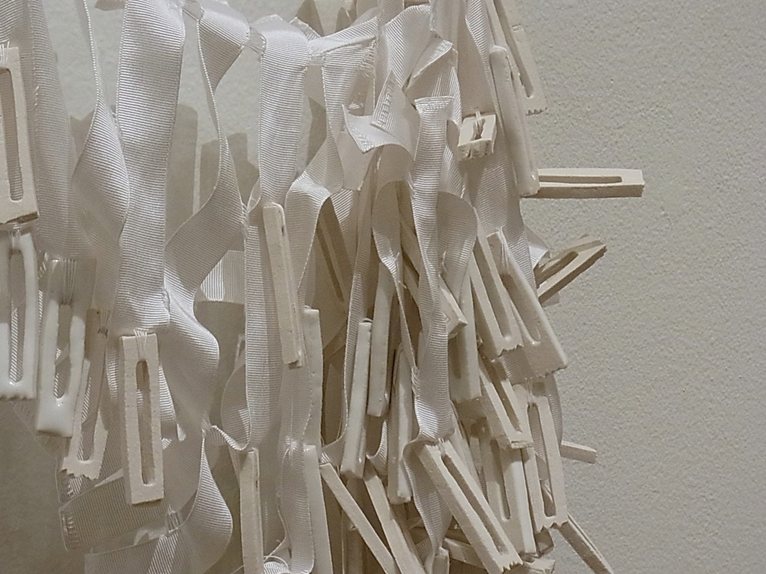 The simplicity of the grouping is animated by the play of shadows and reflections, emphasizing the minimalist aspect of the works. 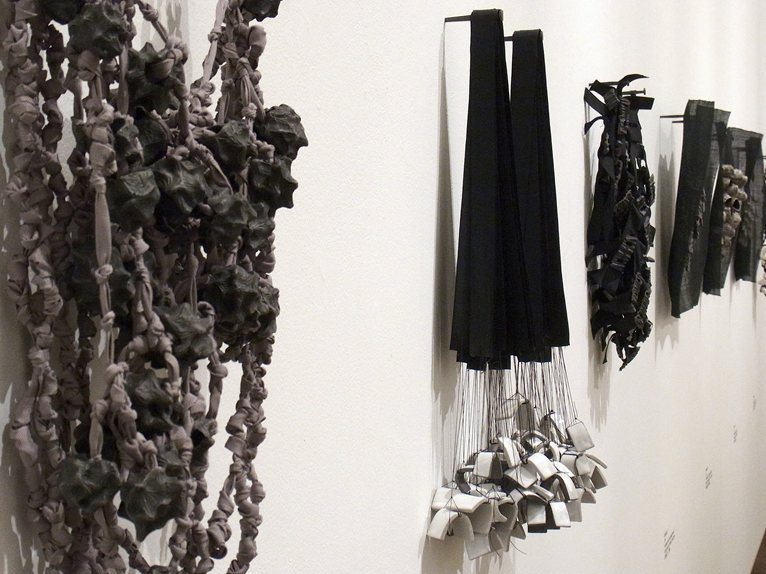 France Goneau is an established artist and ceramist who graduated from the School of Design at UQAM and also holds a bachelor’s degree in visual arts. Her ceramic pieces have been shown and won awards, first in Quebec and Ontario, and then in the United States, the West Indies, the United Arab Emirates, and now Japan. 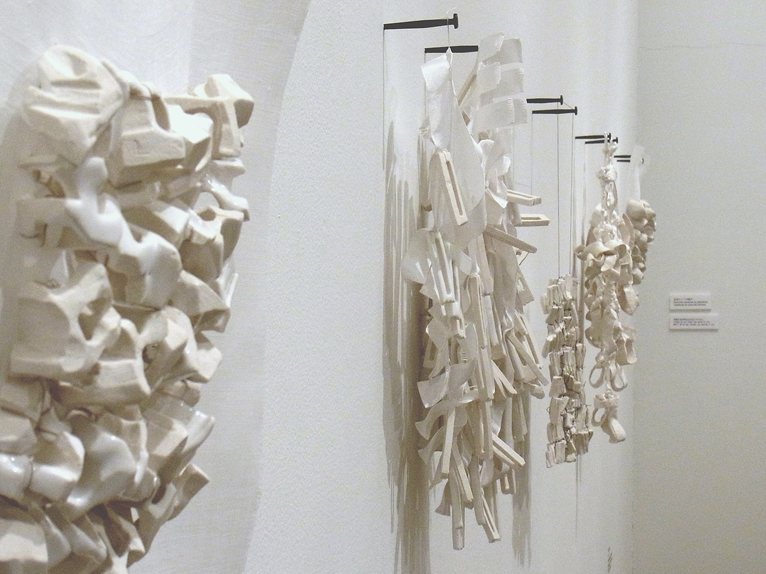 She is currently working on new projects, including a sculpture for a Miami residence and a completely original piece for the 5th edition of the Biennale internationale du lin de Portneuf. An exhibition of her work will be presented at the Centre Matéria, in Quebec City, in 2014. 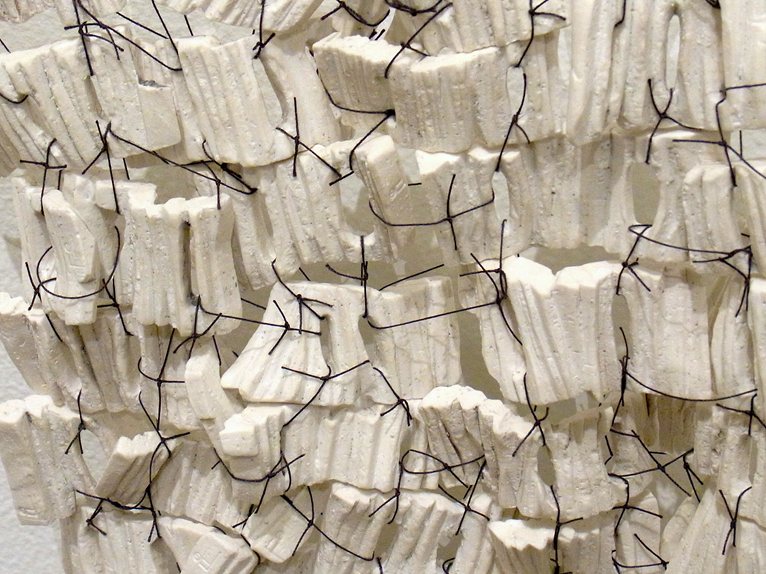