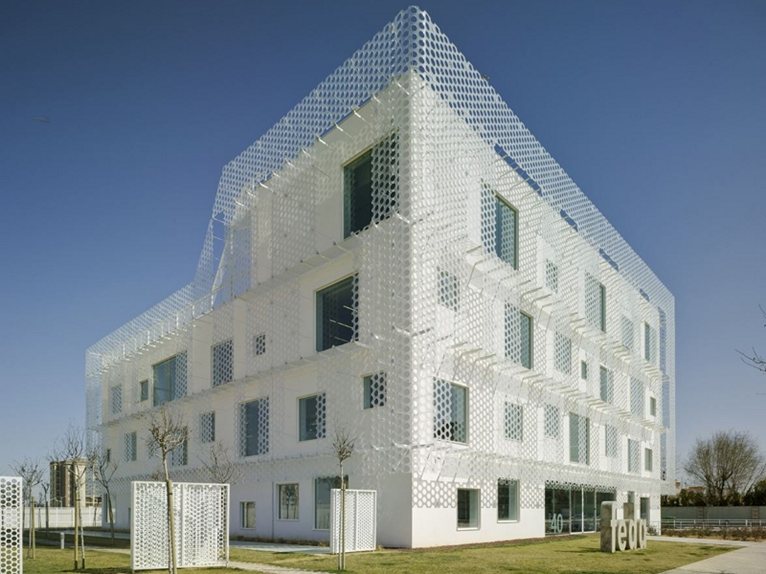 Spanish architects COR & Partners have recently completed the construction of the FEDA Headquarters - the headquarters of the Confederación de Empresarios di Albacete, a non-profit organization representing and supporting the region's business network. Following the development of its activities, the organization has decided to bring together the structures scattered throughout the city in one building. 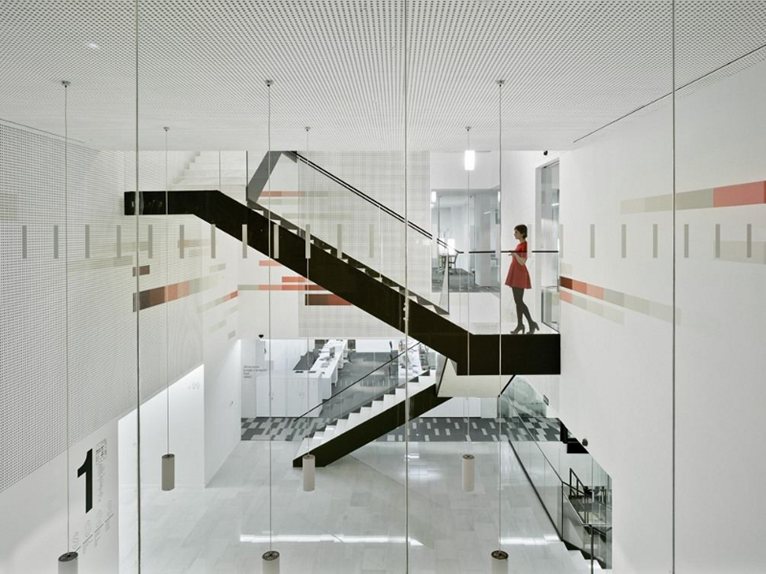 “Architecture with blurred boundaries” was the starting point of the project, say the designers. “Our intention was that of covering the volume of the building with a 'veil' capable of blurring it and making the brightness and texture vary, depending on changes in the weather and in the users' movements.” 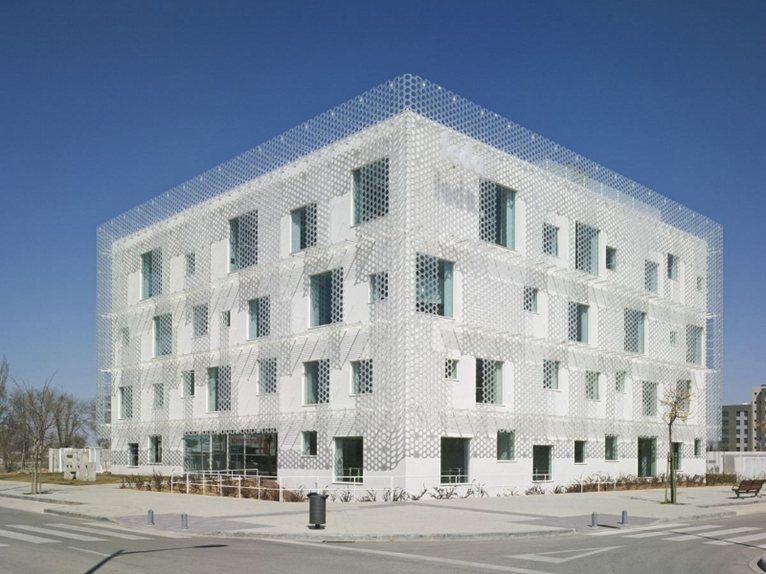 From the architectural point of view the project is based on the contrast between a strong and clear volume and a delicate and almost blurry façade. The power and simplicity of the volume are balanced by the evanescent and delicate effect of the polymethylmethacrylate façade system. This creates a slight feeling of strangeness, in spite of the building being perceived as an urban landmark. 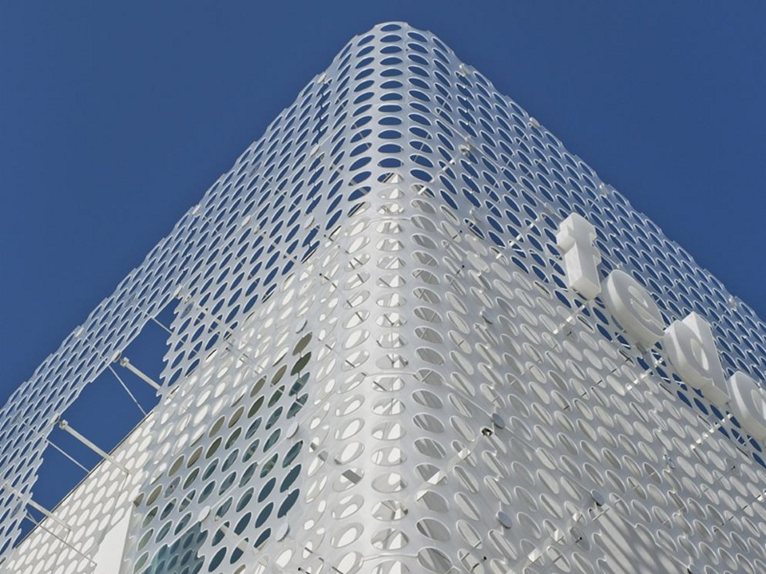 This project works on the relationship between people and the built environment, trying to control the daily sensory and emotional perception of the occupants. “We believe that there is no different way to rethink the workplace that does not pass through the re-humanization of architecture.” 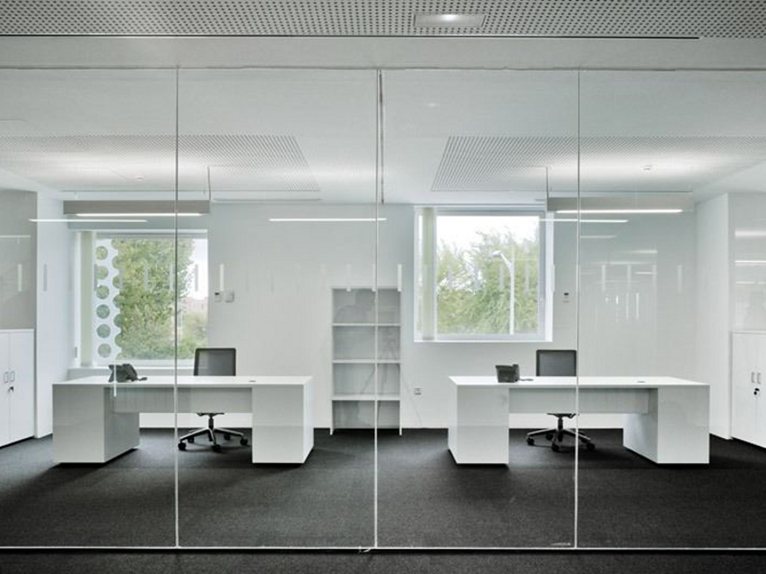