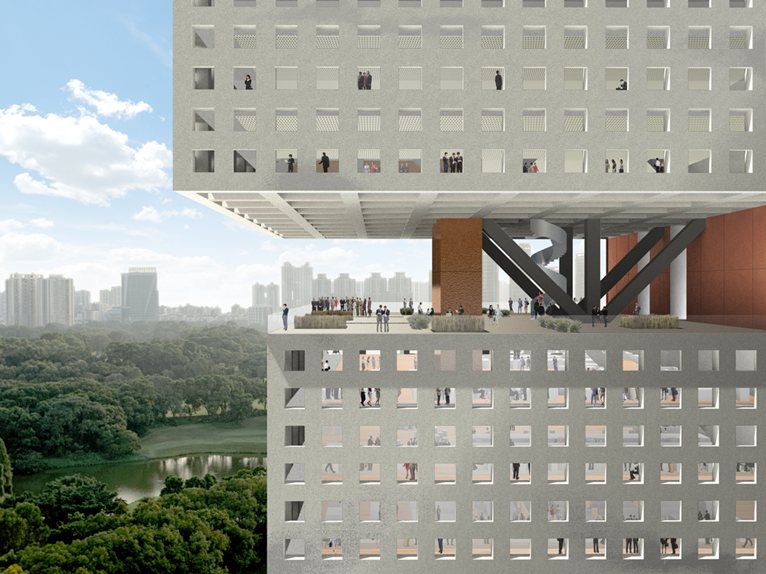 The project Essence Financial Building, led by Office for Metropolitan Architecture (O.M.A.) Partners David Gianotten and Rem Koolhaas, and designed as a new generation office tower for Shenzhen, was selected from entries by four competing international and Chinese architectural practices. 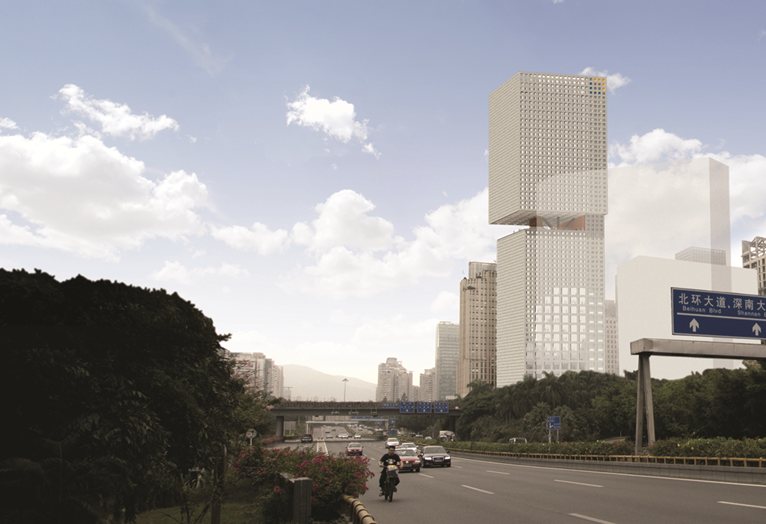 The Essence Financial Building, located in the Financial Developement Area of Shenzhen, reflects on how the emergent forces in business and society could shape a contemporary office tower typology. The building challenges the many conventions that govern office tower designs, in particular the prevailing central core plan and curtain wall systems. 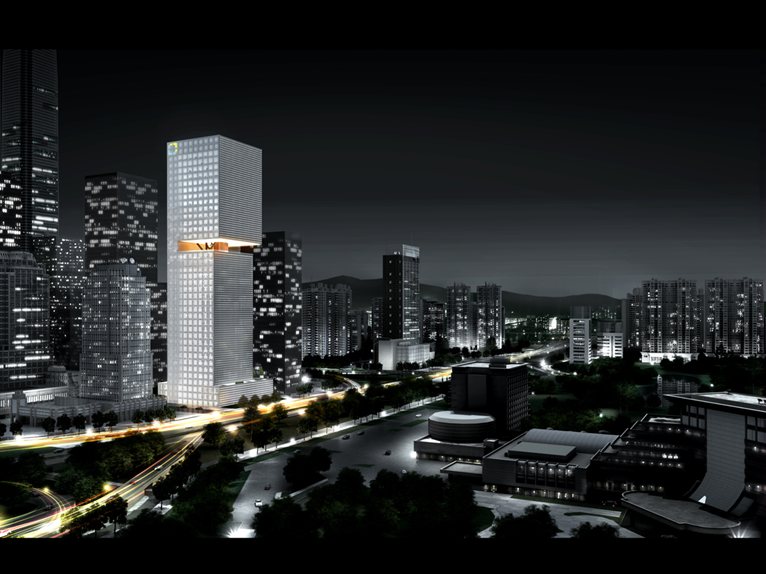 David Gianotten commented: "OMA is very excited about its continuous and deepening participation in Shenzhen's development, especially as the city makes its latest evolution: from a manufacturing city into a services hub. This next generation of urbanism calls for a new generation of office towers of which the Essence Financial Building could be one." The Essence Financial Building will be OMA's second building in Shenzhen: the Shenzhen Stock Exchange, for which OMA won the competition in 2006, will be completed in April this year. 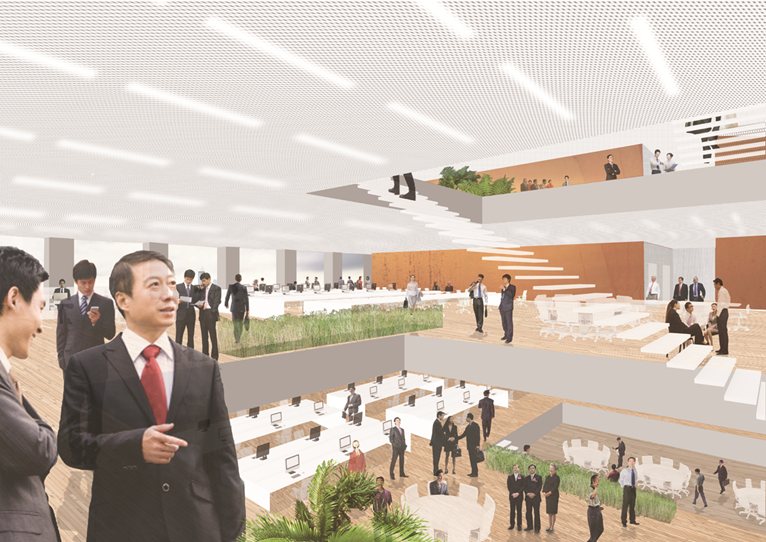 The Essence Financial Building shifts its core to the edge of the floor plate, resulting in large unobstructed plans that allow a variety of office configurations - and therefore working styles - that meet the demands of the contemporaryservices industry. Direct and open additional connections between floors can be created to cater for visual and physical contact between departments. The building rationalizes programs into unique volumes, which are then maneuvered to create the distinct form of the building, as well as a viewing platform overlooking the Shenzhen Golf Club, and shaded outdoor recreational spaces for staff. 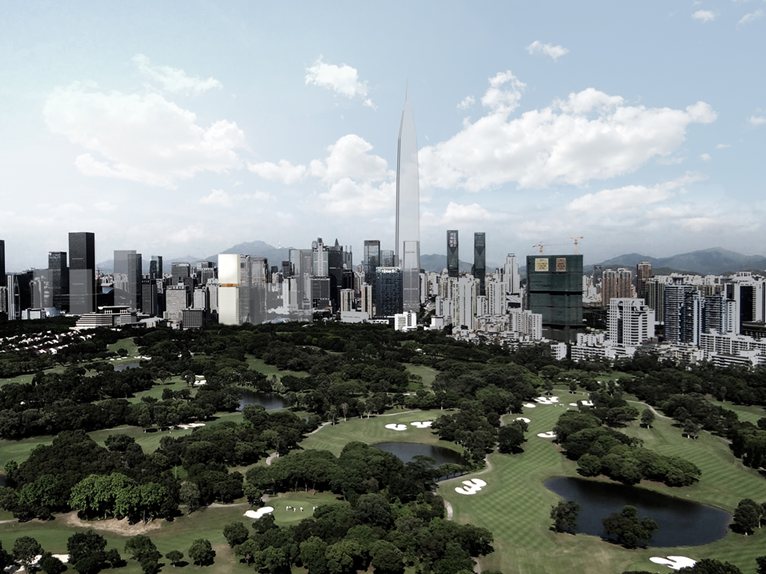 The facade of the building is an architectural translation of the sun and solar gain diagrams, as well as to the views from each side of the tower. Each face thus takes on a unique pattern. The East and West facades are less penetrable, in response to the low-hitting sun, while the South facade has gradated openingsL the size of the windows increases down the builidng in proportion to the decrease of solar penetration. The North facade opens toward Fuhua First Road.

The project was developed together with SADI, YRG, SWA, Inhabit and AECOM.