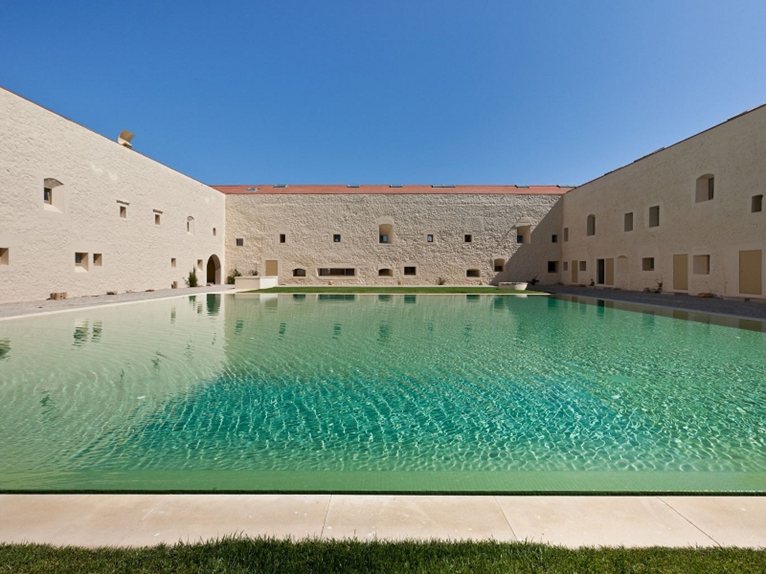 Over the last thirty years, the Portuguese architect Eduardo Souto de Moura has produced a series of works that are part of our time and which contain echoes of architectural traditions. His work provides compelling evidence of the expressive potential of the modern language and of its adaptability to different local situations. Souto de Moura, as always focuses attention on the context, the place, time and function to strengthen the sense of history, while amplifying its contemporary expression at the same time. 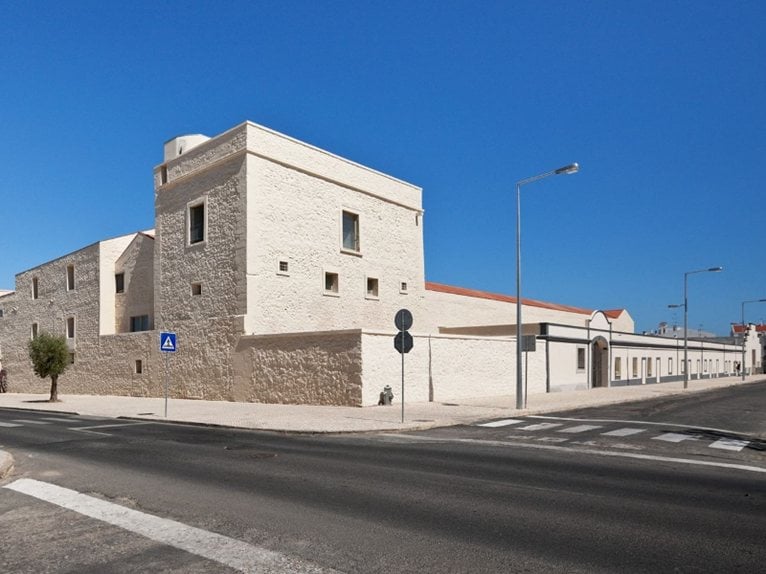 One of the latest works by the Portuguese architect is the conversion for residential use of the Convento das Bernardas in Tavira, Portugal. 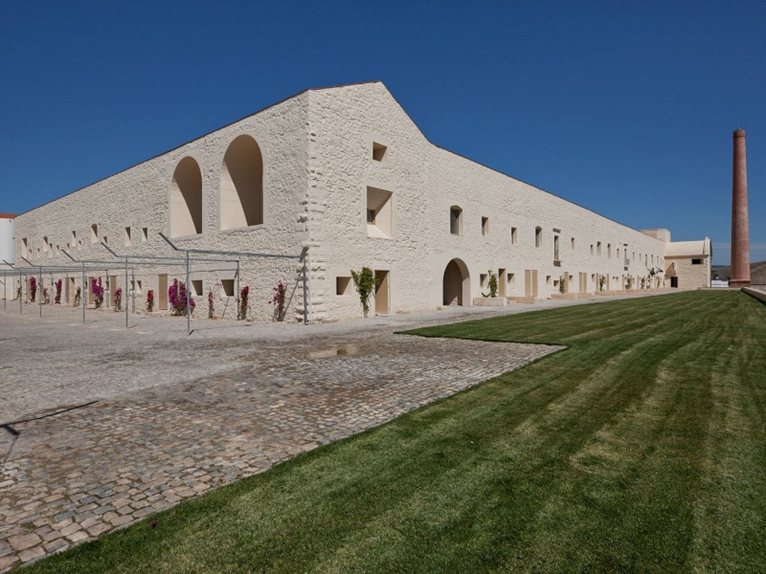 The building, built by will of Manuel I, dates back to 1509. From 1530, for more than three centuries, it was a convent for nuns before being converted, after a long period of neglect, to a steam powered factory which operated until the 1960s.

The restoration of the Convento das Bernardas is the result of Souto de Moura's will to not restore the building to its hypothetical original state, but to exploit the transformations made over the centuries as opportunities. The complex has been transformed into a residence with 78 houses by preserving the stone walls and floors and the brick vaults. The envelope of the different buildings has been redesigned as has the alternation of fills and voids. 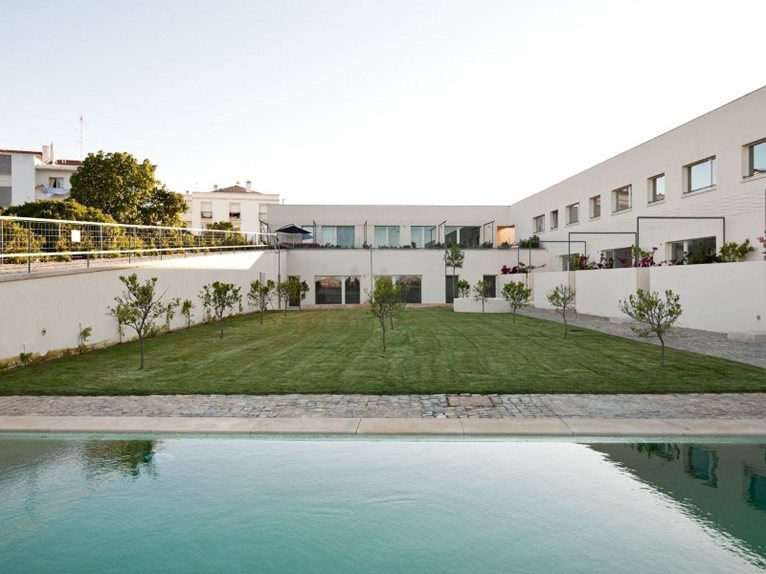 The large central courtyard (75x32m) is divided into two areas: to the north a paved square with four trees at the four corners recalls the ancient Cistercian cloisters, to the south a large water tank (20x20m) is inspired by the large tanks situated to the south.

The same characteristics for which the Portuguese architect was awarded the prestigious Pritzker Architecture Prize in 2011 are borne out in his work on Convento Das Bernardas: his “normality” and his not being “obvious, frivolous and picturesque... but imbued with intelligence and seriousness. His work requires an intense encounter not a quick glance. And like poetry, he is able to communicate emotionally to those who take the time to listen. His buildings have a unique ability to convey seemingly conflicting characteristics, power and modesty, bravado and subtlety, bold public authority and sense of intimacy. Architecture that appears effortless, serene and simple, well-kept and poetic”