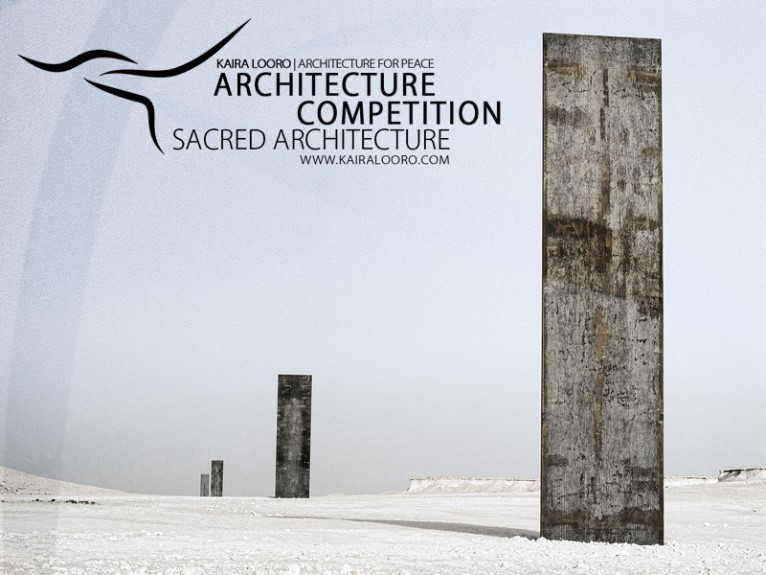 Introspection, spirituality and divinity. These are the elements around which the sacred architecture revolves. The light and the lightness of the materials join sacred and profane, creating an architecture that, through spaces and forms, try to invite humans to an introspective research.

"Kaira Looro Competition - Sacred Architecture" is an international architectural competition which has as project theme the architectural celebration of the cult philosophy in a remote place on earth, where the shortage of materials and high-performing technology pushes the architecture to the branch of sustainability and integration with landscape and culture. Kaira Looro, that in Mandingo language means "Architecture for Peace", is not just architecture, but it also represents the link to a culture, a spirituality and research of interiority.

The competition is organized by the Nonprofit Organization "Balouo Salo" with the collaboration of the University of Tokyo, Kengo Kuma & Associates, CNAPPC, Embassy and Consulate of Senegal, Sedhiou Government, the City of Tanaf and others. The sponsors like Four Points by Sheraton Catania will provide cash prizes for the winning projects. These will be named by an internationally renowned jury made up of: Kengo Kuma, Ko Nakamura (University of Tokyo), A. Ghirardelli (SBGA ), A. Muzzonigro (Stefano Boeri Architects), R. Bouman (Möhn + Bouman) Carmine Chiarelli (Arcò), A. Ferrara (Juri Troy architects), Pilar Diez Rodriguez, R. Kasik (X Architekten), S. D'Urso (University of Catania), I. Gomis (Tanaf Mayor), I. Lutri (InArch), W. Baricchi (CNAPPC).

There will be project awarded for the 1st, 2nd and 3rd place and also 5 mentions and 10 finalists. The winning project will receive a cash prize and an internship in the Kengo Kuma architectural studio in Tokyo, as well as publications, exhibitions and articles.

The competition is open to architects, designers, engineers and students. It’s possible to participate as a team or individually.

The goal of the contest is to create a symbolic sacred architecture for the whole nation which can improve the precarious conditions of the project area. All proceeds, derived from membership contributions of the participants, will be donated to the humanitarian project "A Bridge for Life" in Senegal, to save 80,000 people now at risk of survival.
The winning design will be given to the organization Balouo Salo who donates it to the community of Tanaf, which can make it in self or in collaboration with religious bodies, institutions or NGOs. The same organization Balouo Salo does not preclude the possibility to adopt this draft as a charity project for the future reserving the possibility of involving the winners during the work. The winning projects will also be presented to the great Marabout of sub-Saharan.

To enter the contest, partecipants have just to fill out the registration form in the official website www.kairalooro.com/competition.html