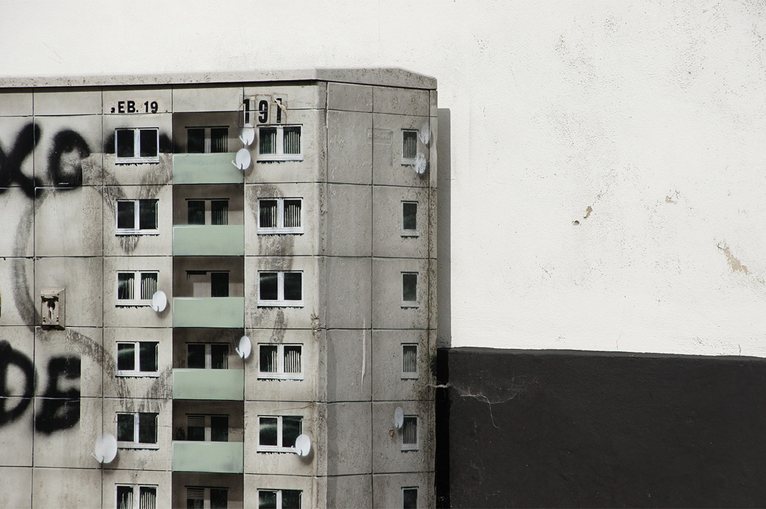 Evol is a German artist currently living and working in Berlin. He transforms banal urban surfaces into miniature lifelike architectures. He is like an 'urban planner', but he creates a city within the city. 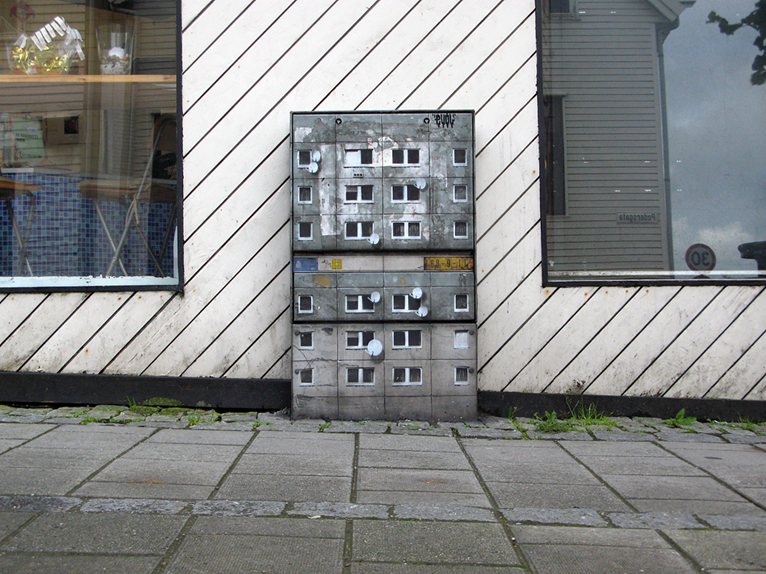 By drawing tiny balconies and satellite dishes onto the side of an electrical box, he is able to turn it into a realistic tiny skyscraper. 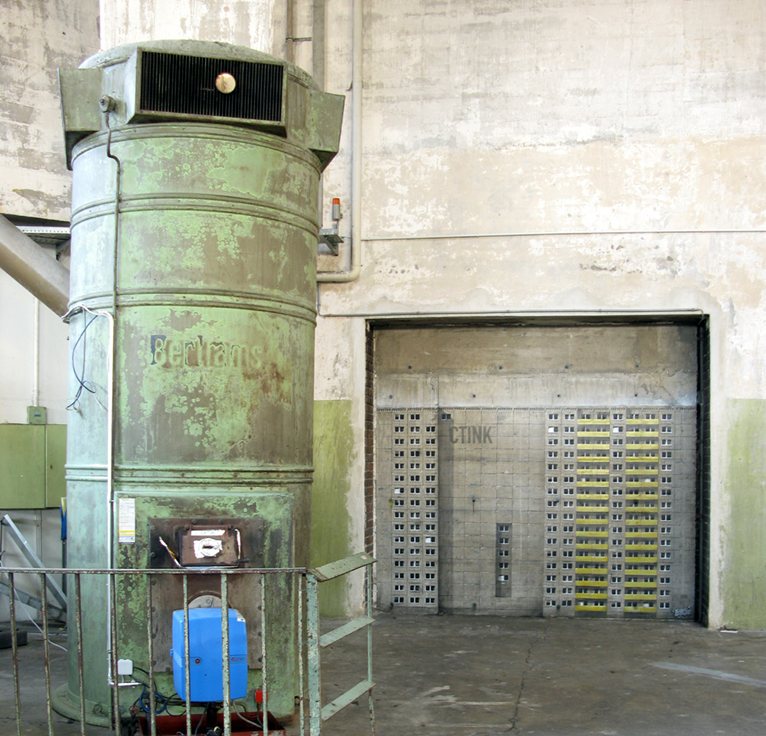 Evol was born in 1972 in Heilbronn, Germany. He received a degree in product design and moved to Berlin in 2000, where he is currently based. In 2010, Evol was nominated for the Premio Lissone Prize at Museo d’arte Contemporanea in Lissone, Italy and won the Arte Prize at Slick Art Fair in Paris, France. 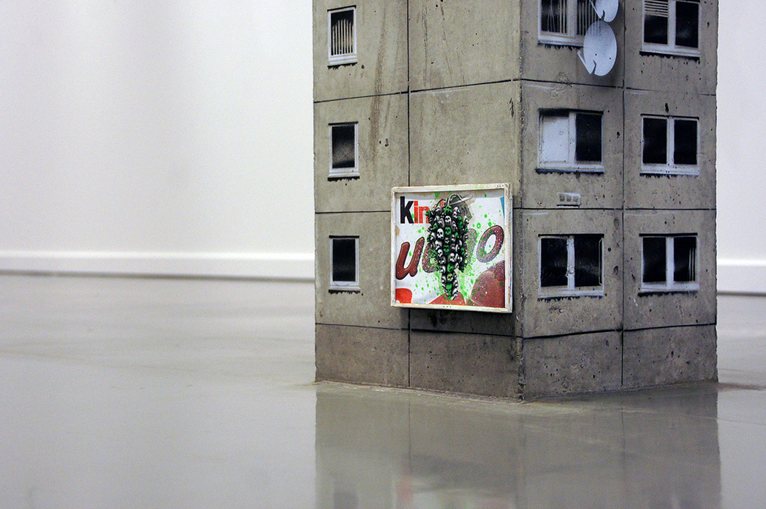 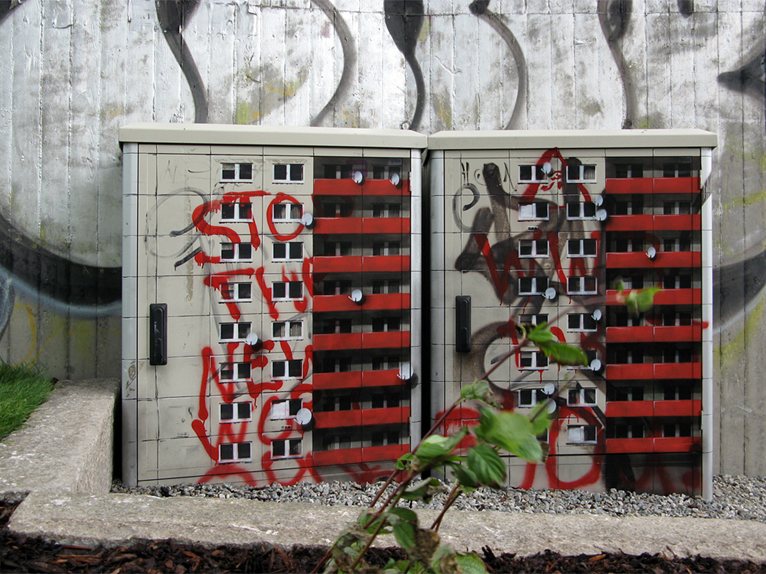 In 2010, his was the first solo exhibition to take place in the German pavilion at the World Expo in Shanghai. 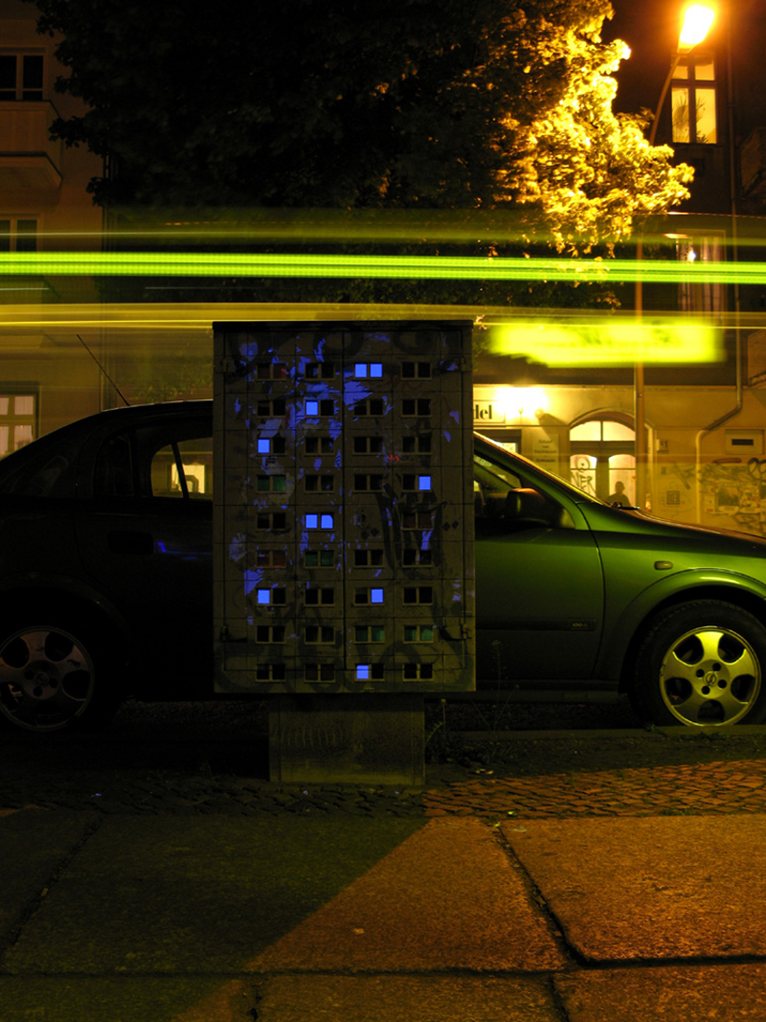 In 2011, his work was exhibited at the Moscow Biennale. In the summer of 2011, Evol was invited to create a site-specific installation during the MS Dockville art and music festival in Hamburg, Germany. 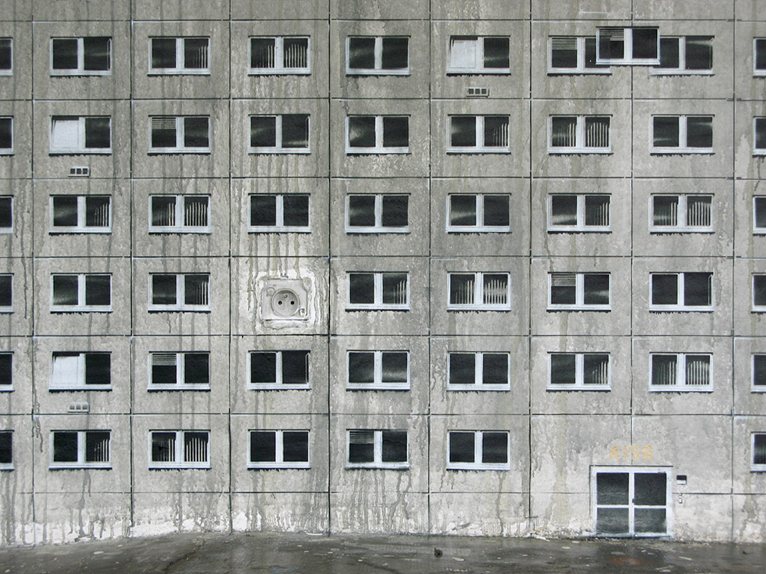 As the festival took place in a grassy meadow, with no urban structures, he improvised by building Nordkreuz. 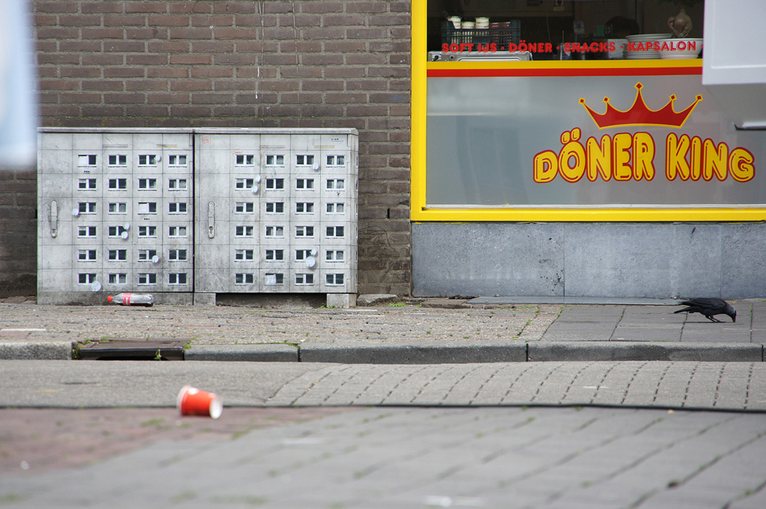 Carving a 10 meter cross section into the ground (about 1.5 meters deep), Evol created the illusion of an excavated underground intersection of buildings, with a narrow path for viewers to walk through the simulated “streets” between them. 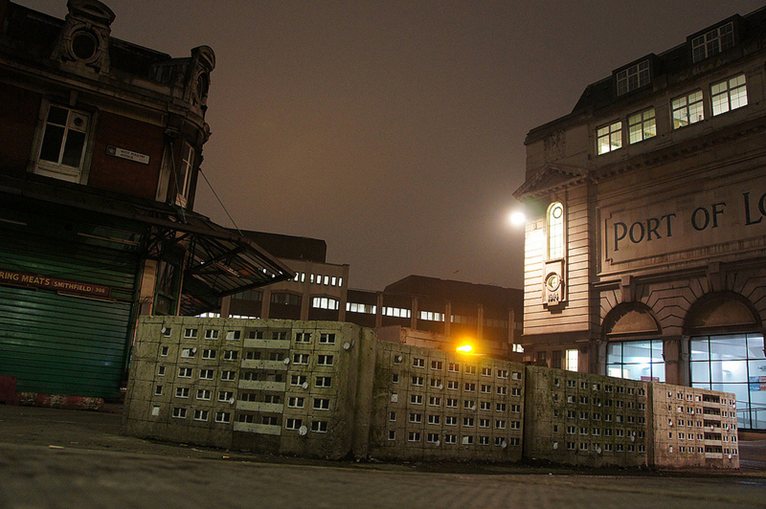 The resulting experience was a metaphorical contrast between an idyllic green open space and the exposed dystopian under crust, hidden beneath. 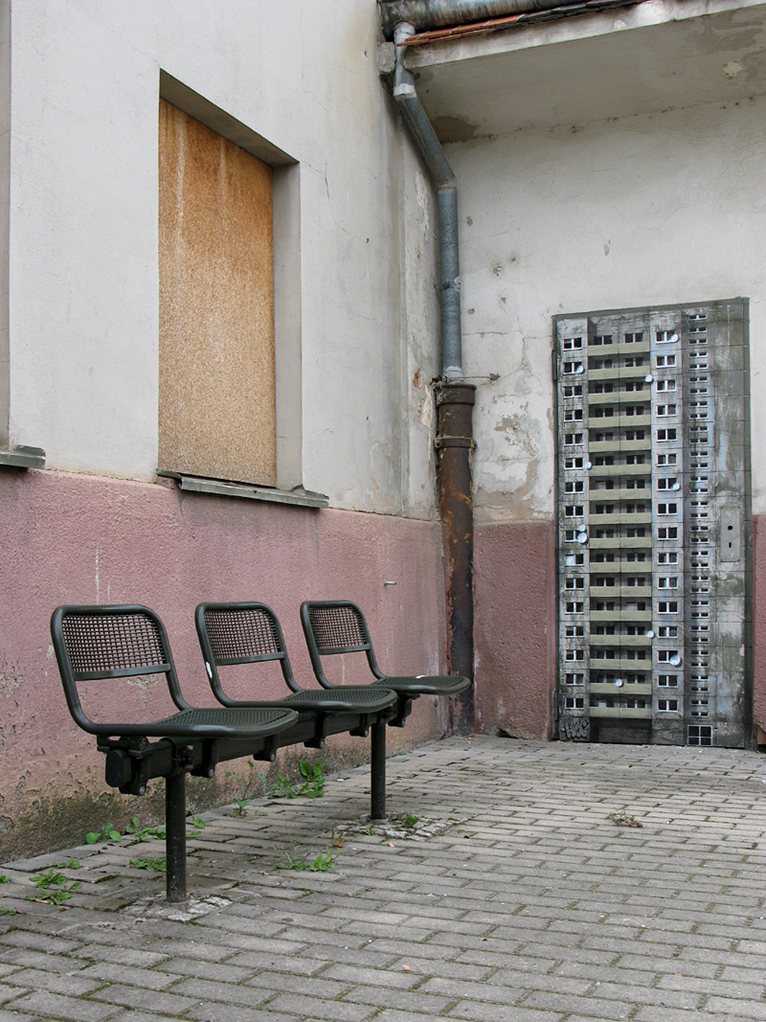 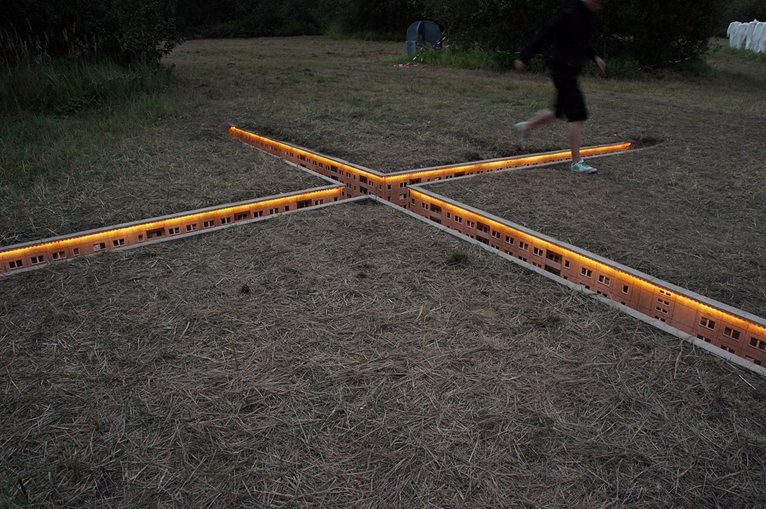 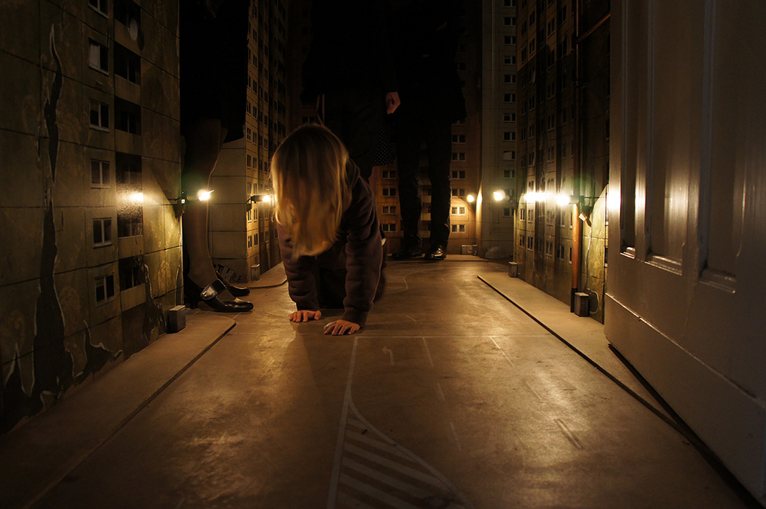 More informations about Evol works on: