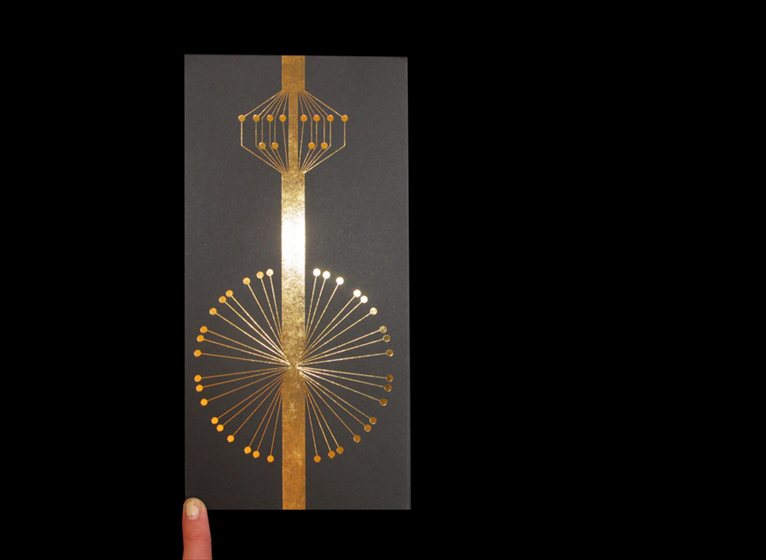 "Is it a bird, is it a book? No, it’s BOOM, a visualisation of Yuri Suzuki’s sonic works. If an image is worth a thousand words, it can probably be worth a soundscape, a song or both, however cacophonic."

BOOM (B-Side Of Onomatopoeic Music) is the innovative book by Yuri Suzuki. It was conceived as a catalogue of sounds and music. 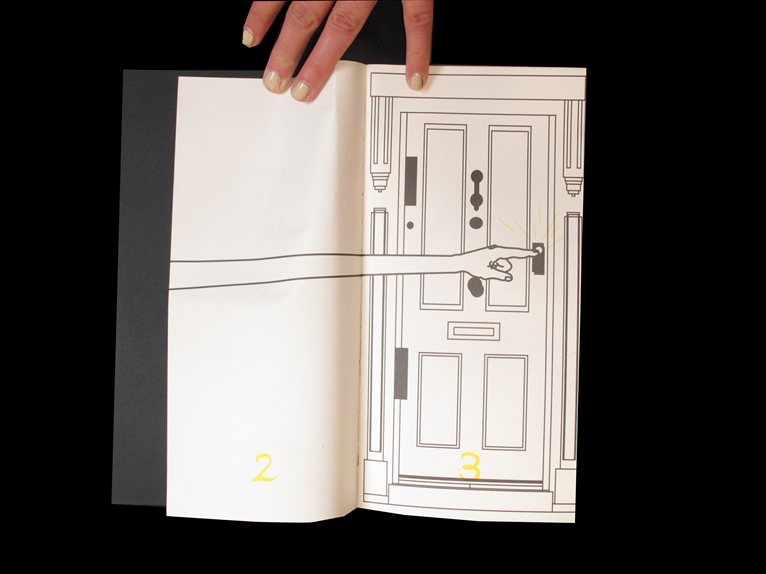 The choice of limiting text to the credits is derived from the understanding that Yuri's work seems to materialise the paraphernalia and ecosystem of music.

In an environment where music today has already gotten rid of one analog support such as the cd or the record to only keep the music itself (mp3 file) and the player (iphone or computer, not anymore exclusive to the idea of music but also film, communication, networking etc.), Yuri seems to create objects seemingly unnecessary but are both a poetic and absurd materialisation of what we could mistake as being only aural. 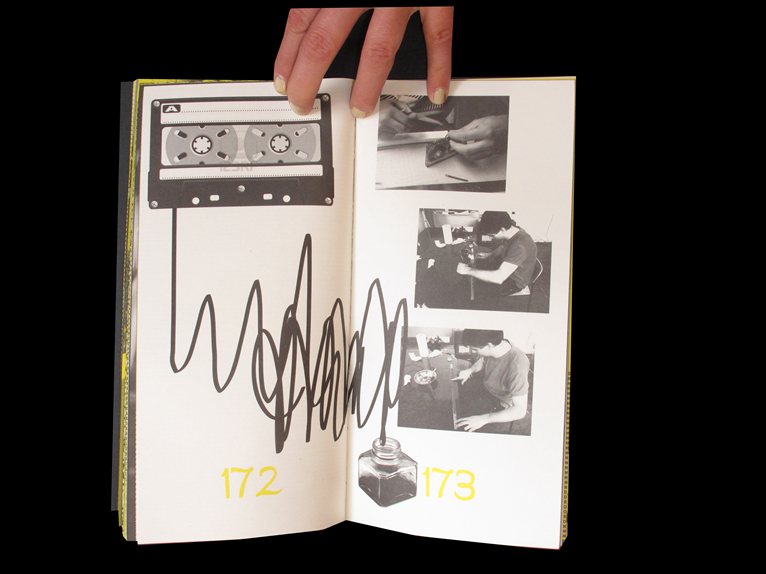 A book is by nature silent so they pushed the idea to find ways to not have any text.
Some of it, written by Momus or Tim Hunkin are online, read by them and accessible from the book by simply reading the QR code with the phone.
The rest is "explained" visually either by documentation sketches/photographs but also associative illustrations. 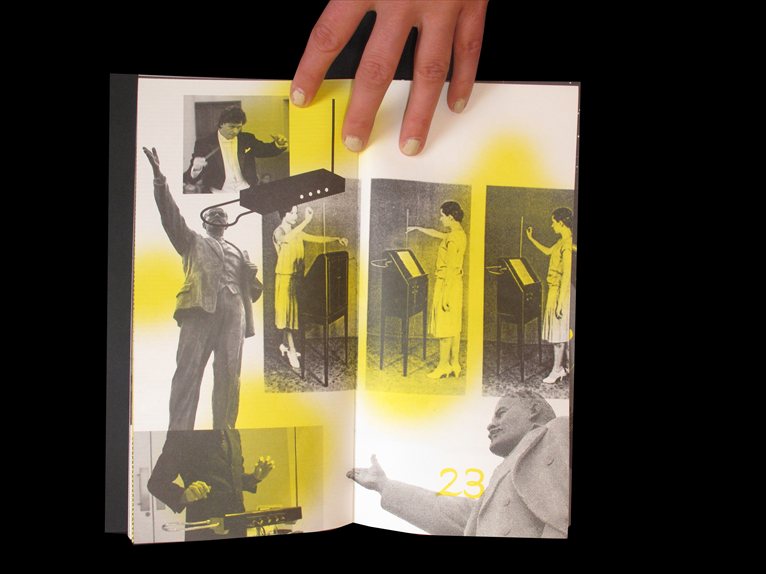 The cover and spine do bear text and the three other sides are printed black for this book to camouflage itself as much as possible as a potential instrument when left on a table. The format, when open is of a 10 inch record, something which disappeared even before the 7 or 12 inch. 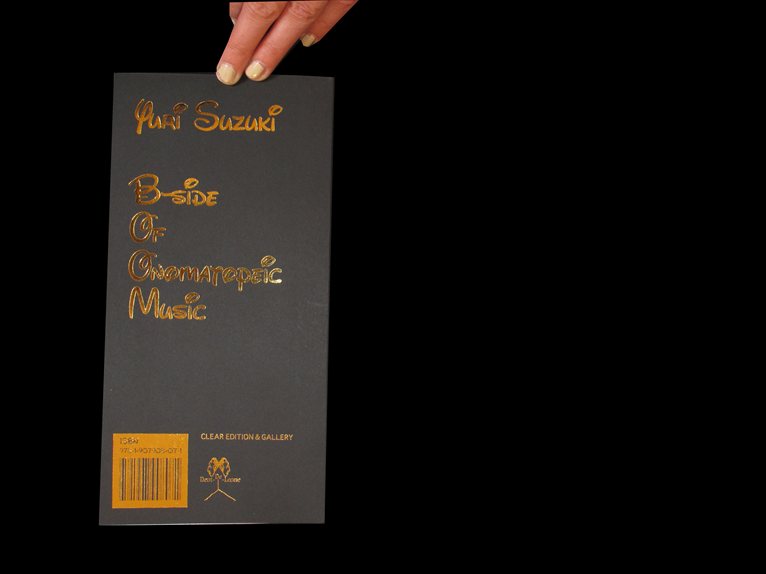