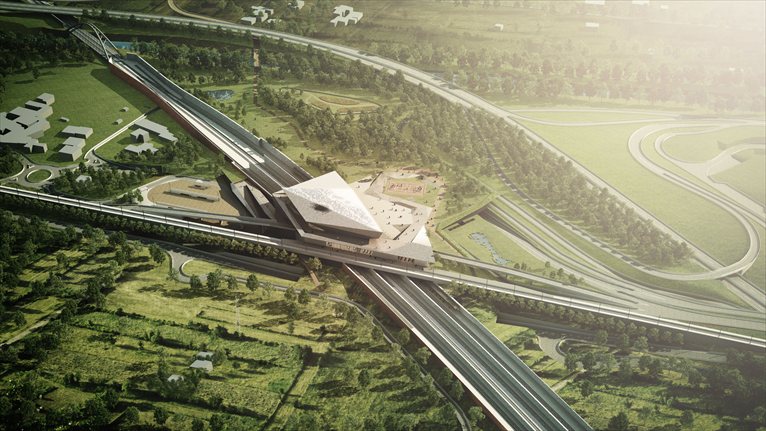 In this project, the station is like an extension of its surrounding spaces. The building rises from the ground as an exterior spiraled promenade that achieves all-around vista of the valley, a panoramic balcony where locals, tourist and transit travelers can equally enjoy the landscape.

The new station will be built to the east of Susa, in the area currently occupied by the interport, where the new high speed line and the historical Turin-Susa railway meet. For this reason the station will be developed over two different levels.

The aim of the project is avoid the new station becoming a stranger within the valley. The shape of the building is bent as an origami, creating a design that recalls the surrounding mountains and not prioritizing any of its facades. The station has the intention to tie and merge with the surrounding alpine environment.

The skin of the building has been designed thinking in the shape of the local stone, called "lose", used to cover the roof of the mountain houses.