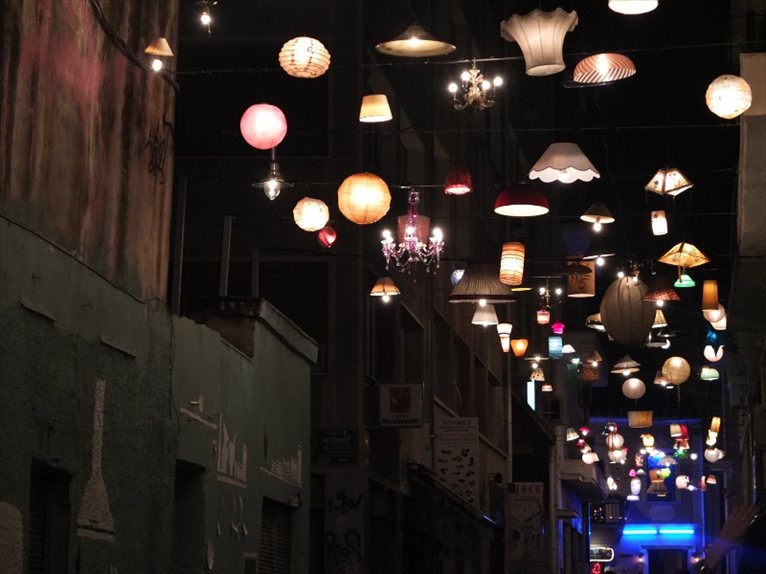 Pittaki is a small street in Monastiraki area, in the heart of Athens that hosts only few small shops and very few residents. It has never drawn too much attention until Project "Synoikia Pittaki" by BEFORELIGHT Light Art took over. 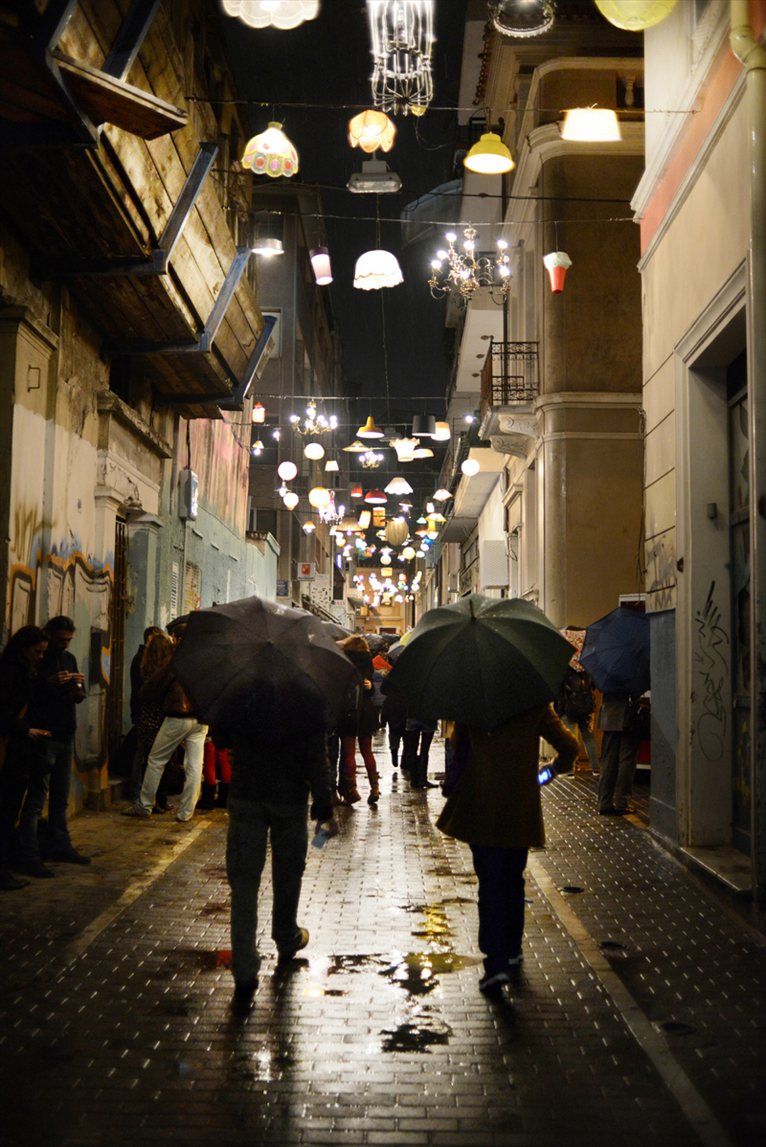 People of Athens were invited and mobilized to donate their old lighting fixtures for the creation of a participatory lighting installation, while murals where painted along the walls of the street, in order to transform this abandoned street of central Athens, into a homely space. 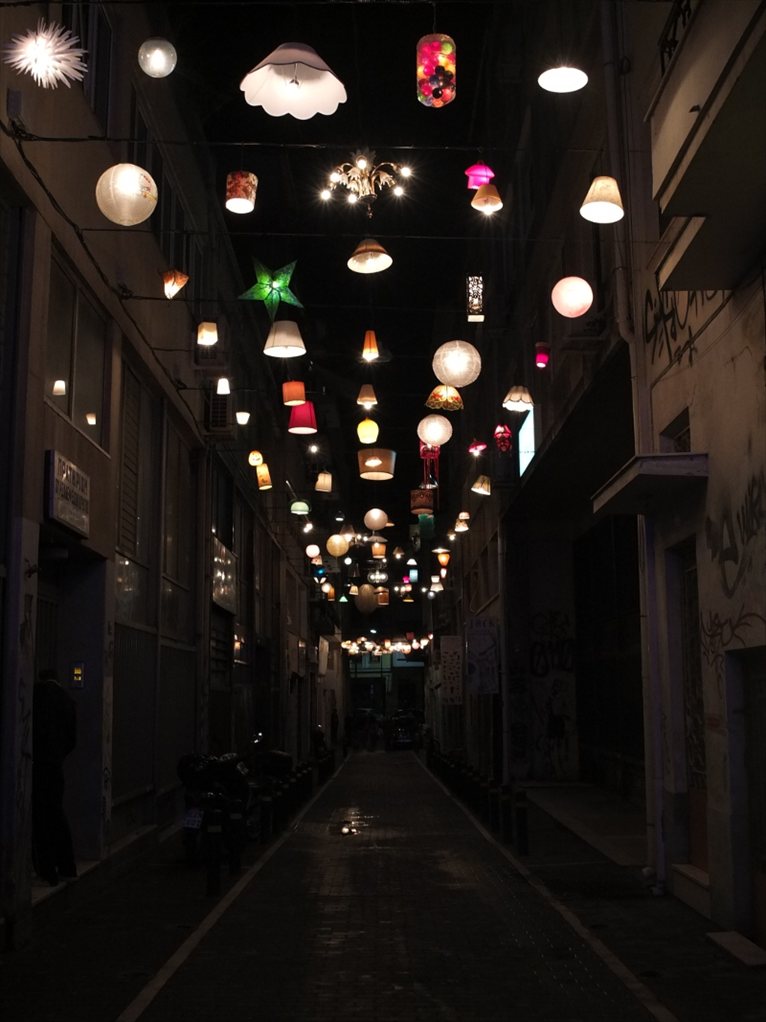 The idea of the participatory light installation originates at Beforelight's previous work “Under a different light” -an urban intervantion, created in Thessaloniki in 2010 only for one night, in order to provide the  lighting setup for a big street party with live music, where all the residents of Thessaloniki were invited. 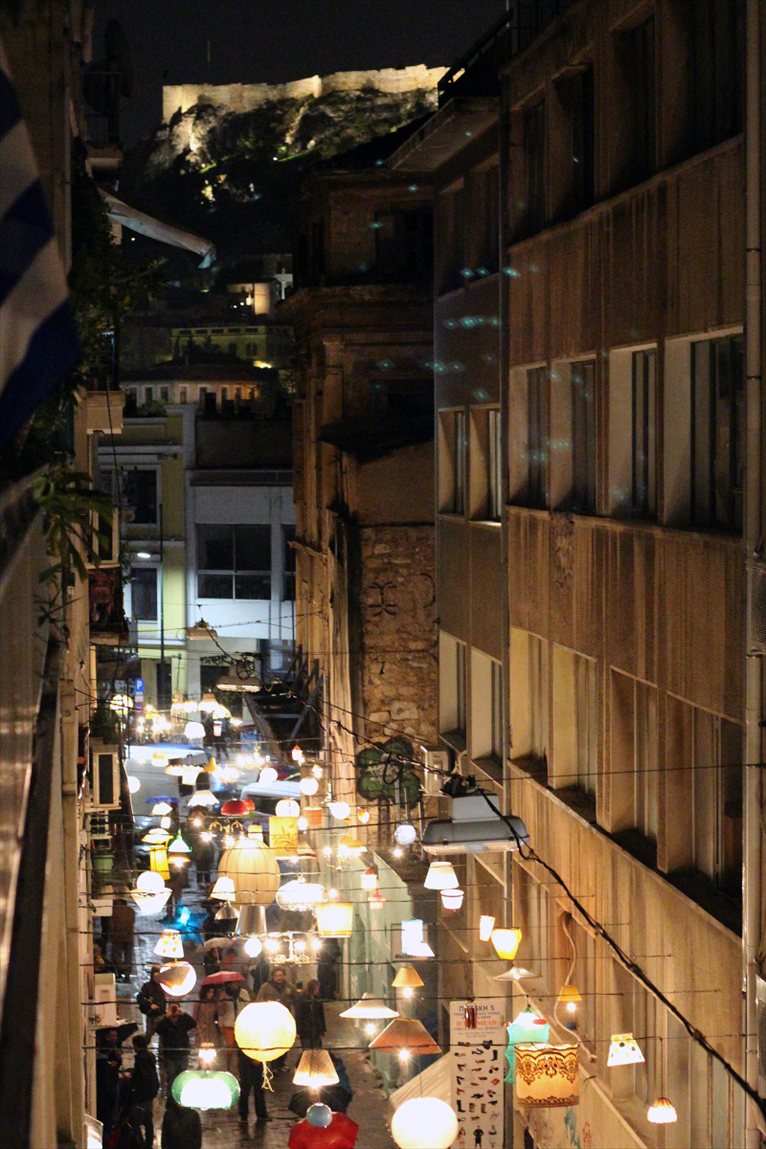 It was realized in the framework of “Thessaloniki... in a different way”, a citywide series of events, organized by Parallaxi Magazine. 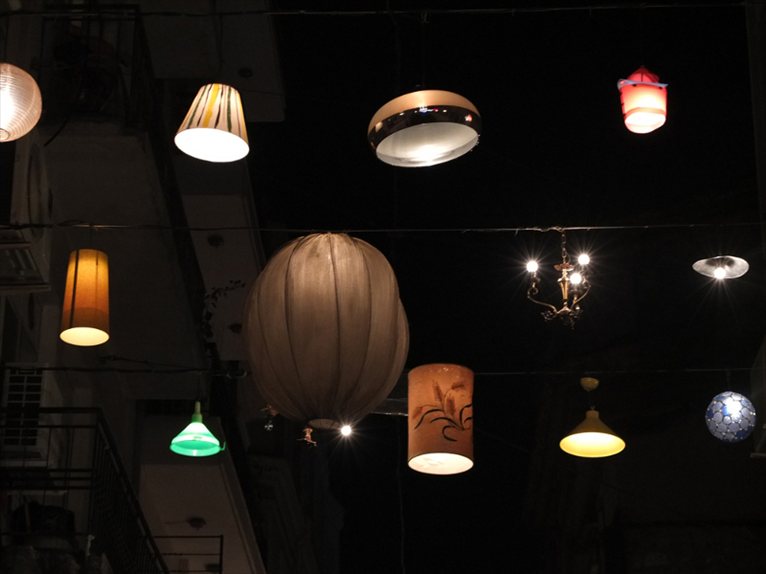 The latest light Installation at Pittaki street, was part of a wider project, called “Synoikia” that means neighborhood in greek, a truly collaborative initiative by two creative young teams: Imagine the City, a cluster for urban regeneration and Beforelight, a creative group that designs light art installations. Their effort was supported by the City of Athens and sponsored by Coca Cola’s campaign Reasons to Believe. 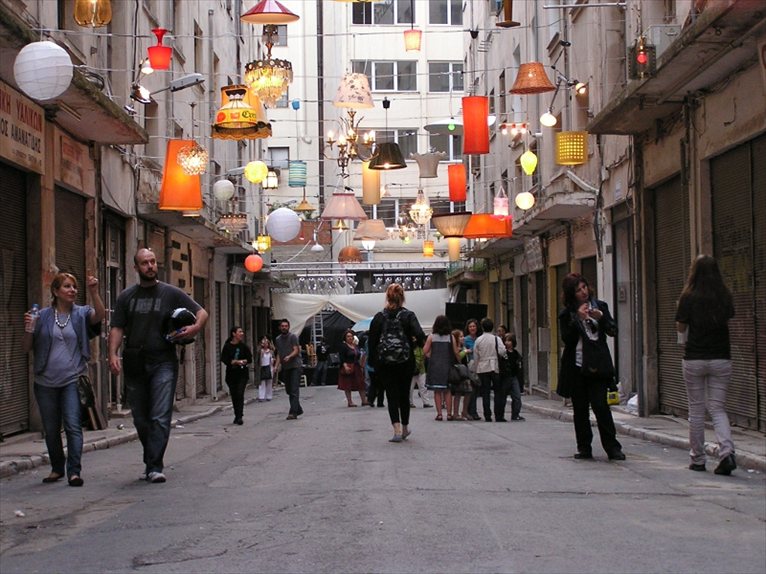 People were motivated by the two teams to bring their old and broken luminaires - lamp shades, hats, new or old, modern or out of fashion, in order to lighten the street. An abandoned shop was temporarily transformed into an open workspace for people to gather, observe and participate to the development of the project. 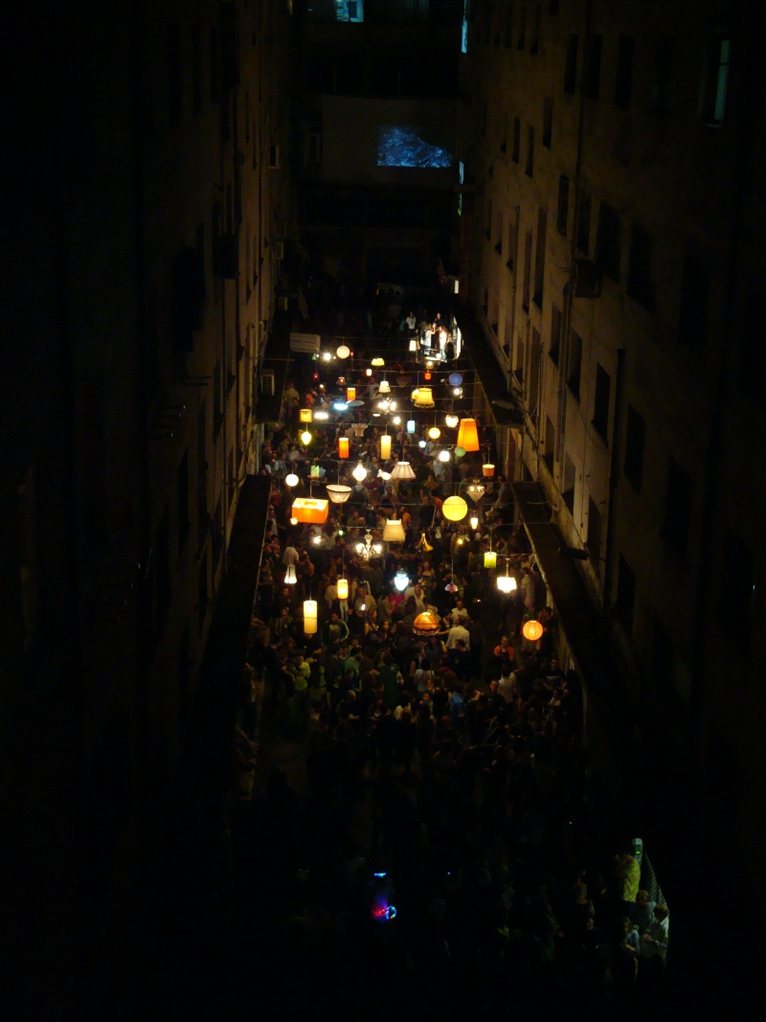 An abandoned shop was temporarily transformed into an open workspace for people to gather, observe and participate to the development of the project. A process of repairing, testing and waterproofing the lamps engaged volunteers that, in collaboration with Beforelight, prepared more than 150 lamps to create a colorful ceiling over the street. 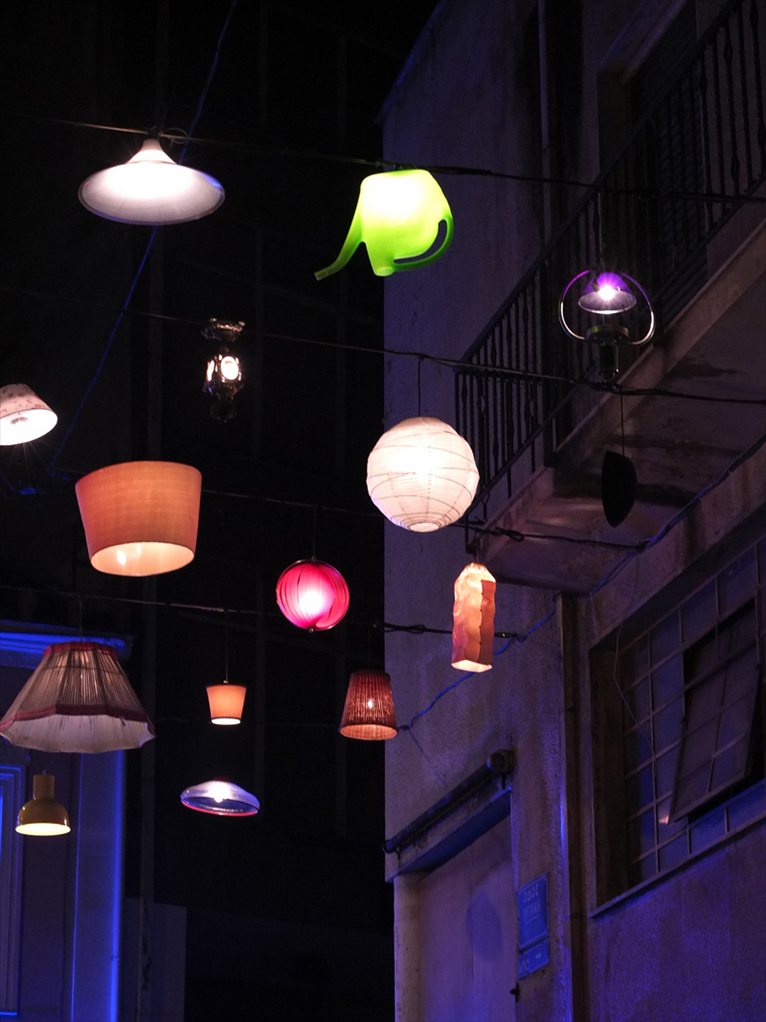 A big inaugural street party took place to turn on the lights. Despite heavy rain. people who donated their lights, their friends, volunteers of the project, the neighborhood residents  and many more from all over Athens came to see the lights on and to enjoy the change. 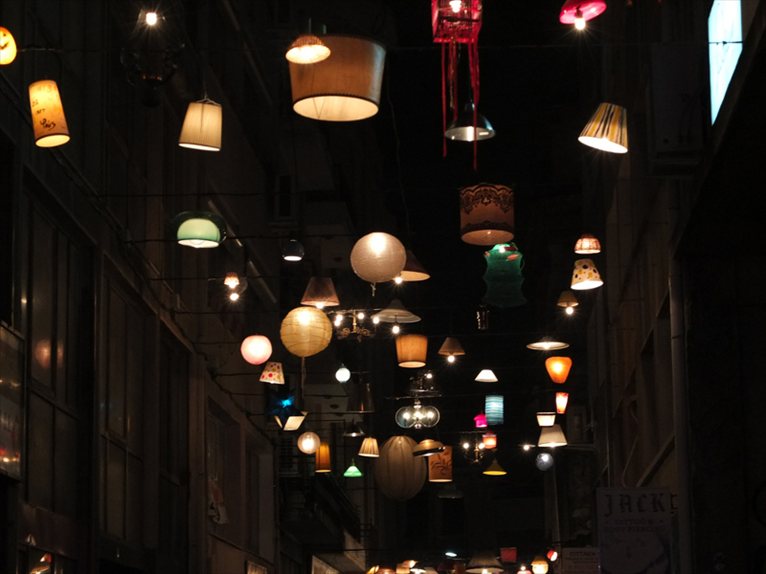 The installation will stay on site for six more months. Everyday new people come by, taking pictures or just figuring out which is their favorite light fixture.