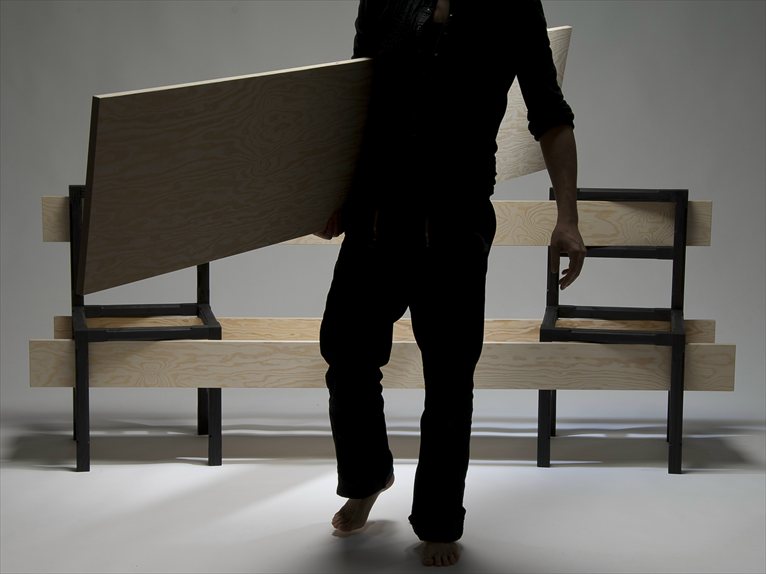 SFF 2013 - "Every B°Fex product is the result of a long, winding conceptual process. Most products are developed following the process tool "Art with function – Design without", a method developed by myself in an attempt to push my thinking outside the box. The tool forces the designer's thoughts along new paths and promotes a conceptual approach to the design craft. Designers love to think of function and the word "art" often has negative connotations. B°Fex work with one foot in each camp; the conflict between "art" and "2design" is nonexistent. What happens when you create a design that has no function whatsoever – is it then art? It certainly dwells in the borderland between the two. When you let go of function and mass production as starting points in the creative process, new ways of thinking about design emerge."

The products that are part of this conceptual process are Milk, Flaws and Slagbaenk presented in Cologne for the D3 Contest. 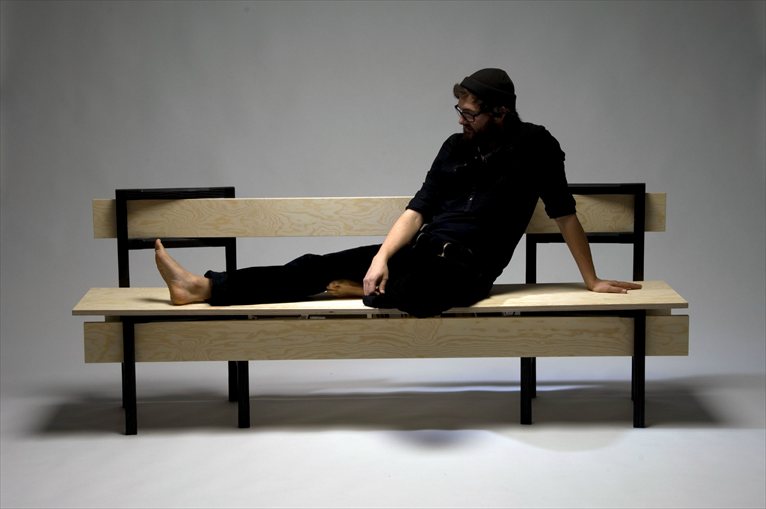 Slagbaenk is a conceptual kitcen bench/wall bench (slagbaenk) living in the borderland between art and design. It is a piece of furniture art craft that is conceptual as well as highly functional. The traditional slagbænk holds a firm place in Scandinavian furniture history. Its concept has remained unchanged over the last 100 years. It is a multifunctional piece of furniture that must offer a variety of everyday functions which makes it an interesting object. One object provides the functions of three; the bench where we sit along the kitchen table, the coffin where we store our stuff and the daybed on which we rest. It adapts to the needs of a home as a kind of a furniture swiss-knife. Slagbaenk is a simple concept – five planks set in the spread between two chairs. A wider plank is placed on top of the chairs, providing both seating and storage lid. The planks can vary in length, adopting to the wished length of the bench. 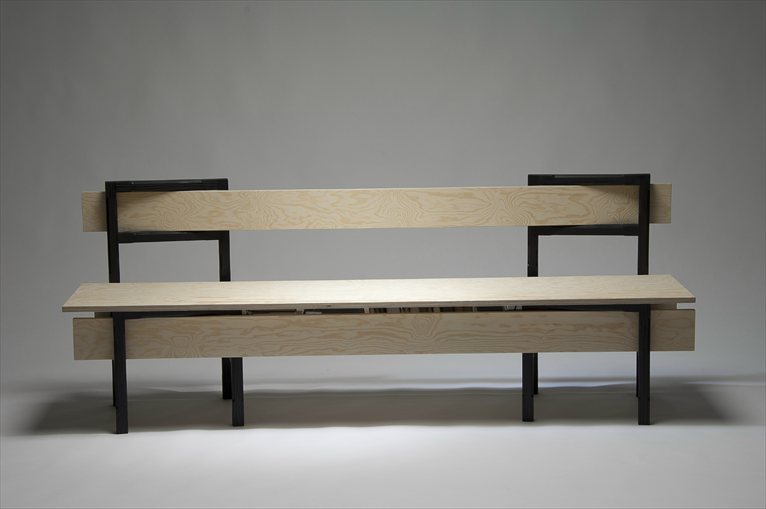 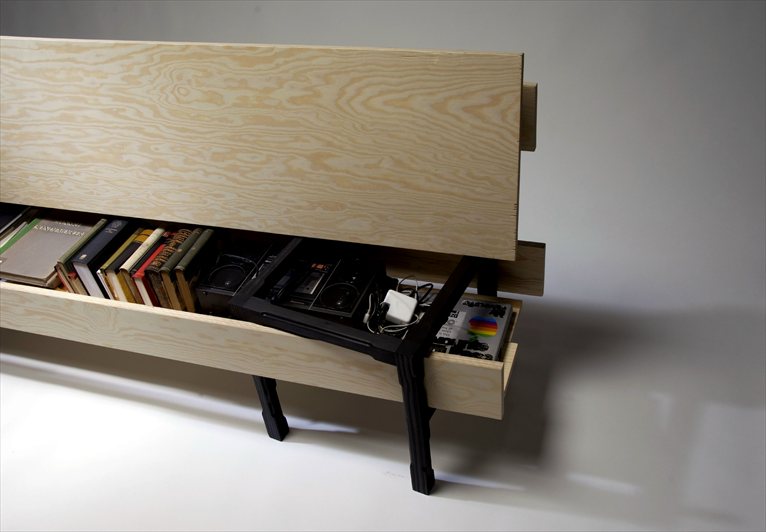 Milk is a re-make of the traditional milking stool. It has been re-designed and intergrated into a new context. Milk consists of three legs that are intertwined and stuck through the seat. The design provides a very strong construction and makes the stool very sculptural. The three leg fragments coming up through the seat enhances the seating function. Milk is stackable and stacks prettily on top of eachother. 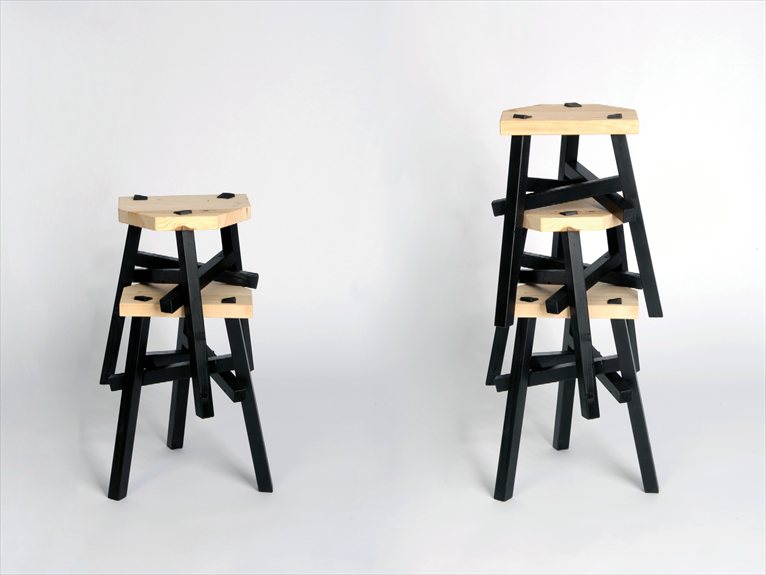 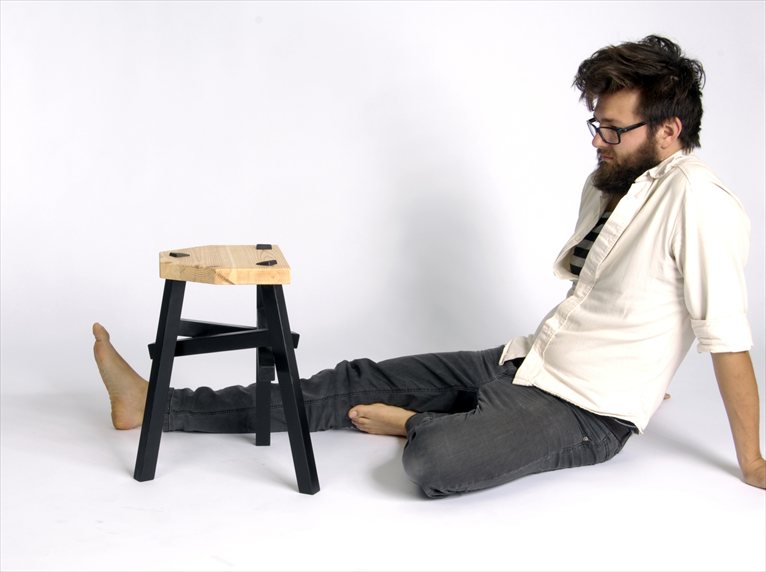 The idea behind Flaws is to recycle discarded floorboards. On the Danish floorfactory Junckers they each day burn plenty of floorboards because they don’t have the right quality. They have knots, holes, bark or is discolored. For Junckers this is just a bunch of floorboards with flaws. For me it’s the opposite - a bunch of boards with opportunities. I have created a coffee table based on these boards and made flaws into a beautifully unique piece of furniture.There are not two identical boards. All of them have their own beauty marks. This means that each table is unique. The tabletop look like floors to support the story about the discarded floorboards. It looks like the table rises up from the floor. For the frame I’ve created a structure consisting of three legs which are intertwined. The table consists of 30 oak planks. 24 for the tabletop and 6 for the frame. The frame can be stacked making it convenient for transport. 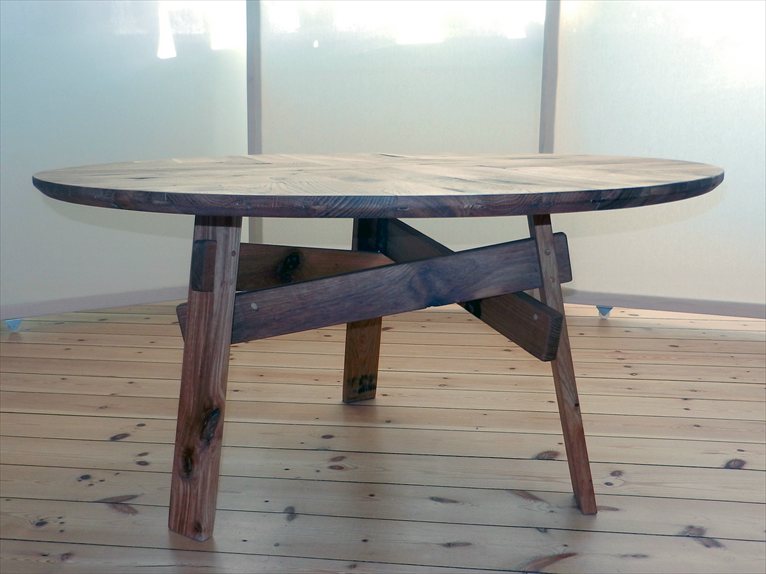 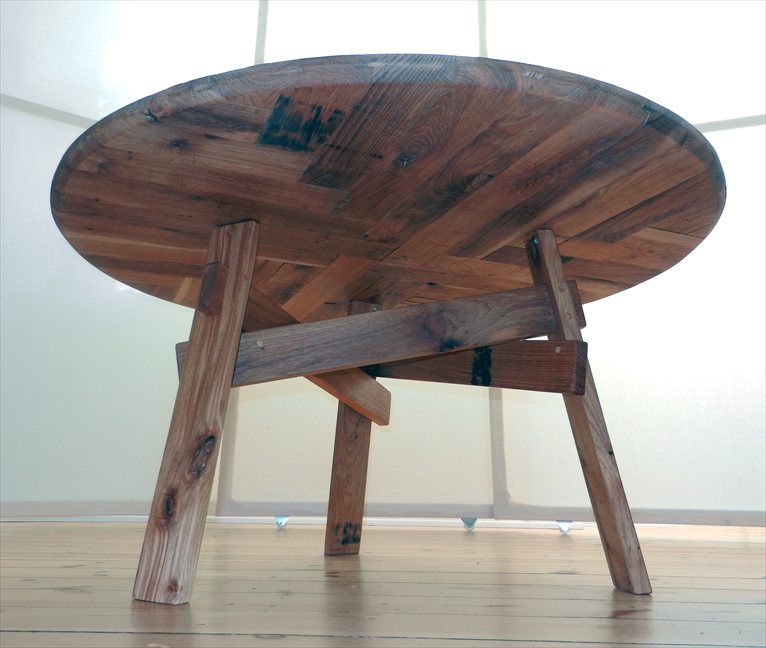