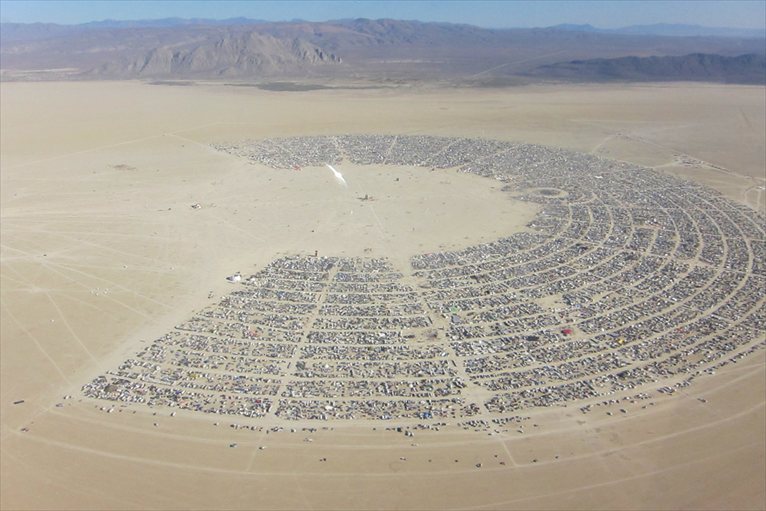 Loopcamp is the last installation to compose the quirky environment of the Burning Man festival in the Black Rock Desert in Nevada. With the festival arises a spontaneous city of 52,000 people settled on an ancient Indian reserve by the now dried Lohontan Lake, 700 feet above sea level. Loopcamp became during the last edition a stop and a shelter against Nevada’s frequent storms.

"Black Rock City is the last social utopia since the creation of Israel’s first Kibboutz" said  the Frech architect Stephane Malka, who designed the artistic installation "The town is made of alternative visionary arts such as capsules, geodesic domes, robots, balloons, art-cars, mobile homes and various installations along with electronic sounds." 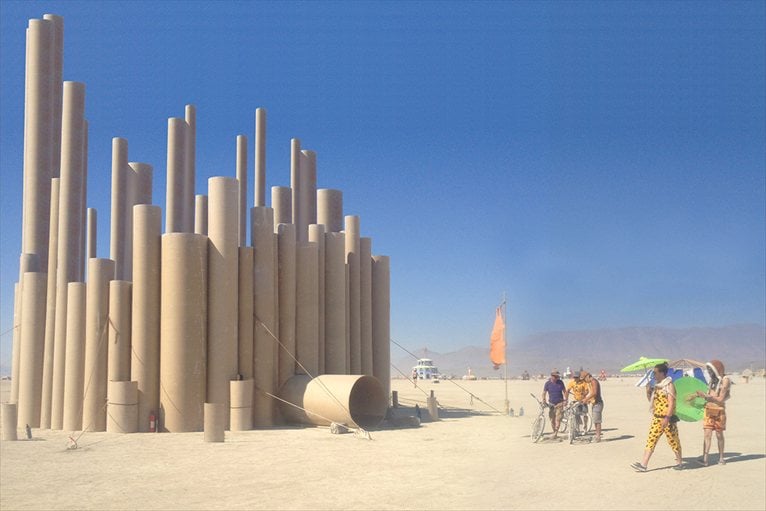 Loopcamp is settled on the Playa, where the central zone of the urban circle is completely open to the desert. 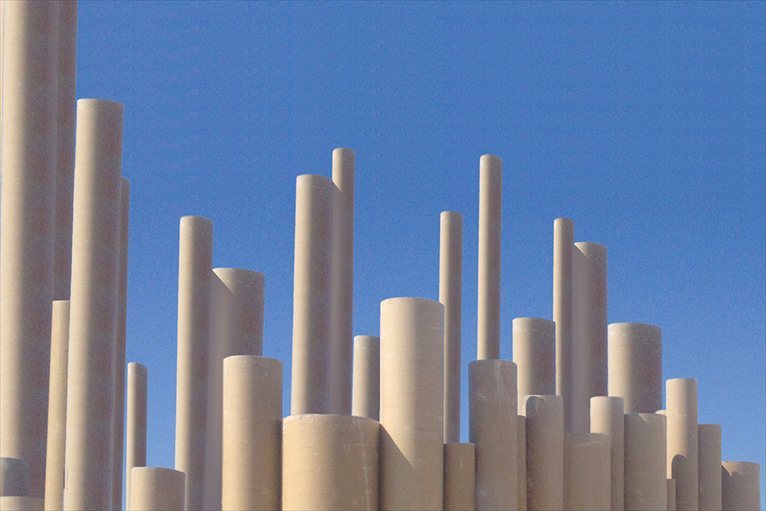 Disc-shaped city, round temple, and circular tubes; the trinity of city, building, and material is gathered around the loop to welcome the sandstorms.
Oriented to face the direction of major winds, the shelter is composed of recycled paper tubes, slightly beveled in order to create sounds triggered by air pressure. 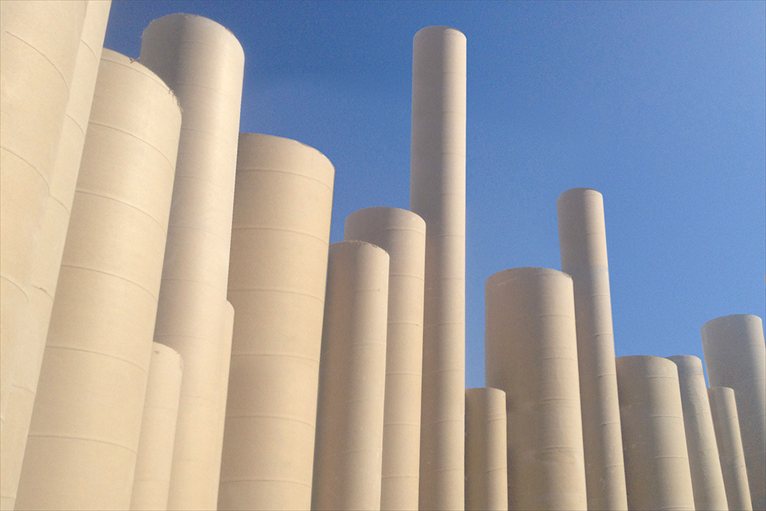 The shelter results from different tubes with various lengths and widths, producing a spectrum of melodies and sounds – treble when the tubes are short and bass when they’re long.
Based on a circular plan, Loopcamp radiates a surround sound with different tones, creating a unique and constantly reinvented sonar experience, a physical translation of the movement from the city and of the elements. 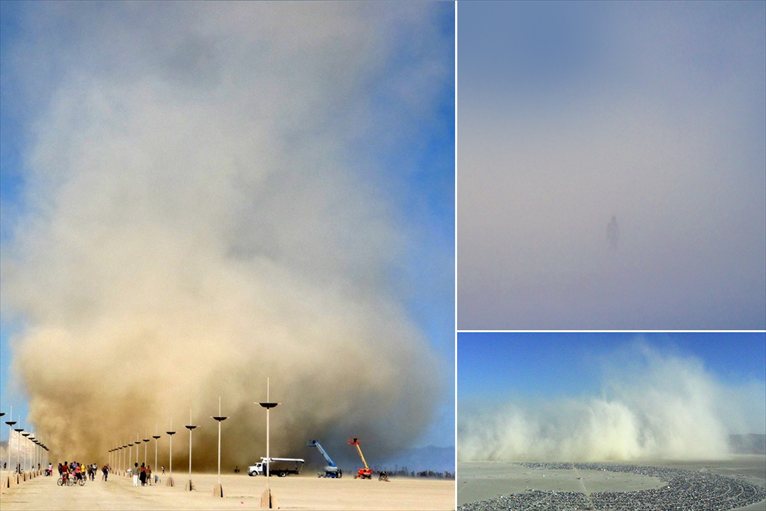