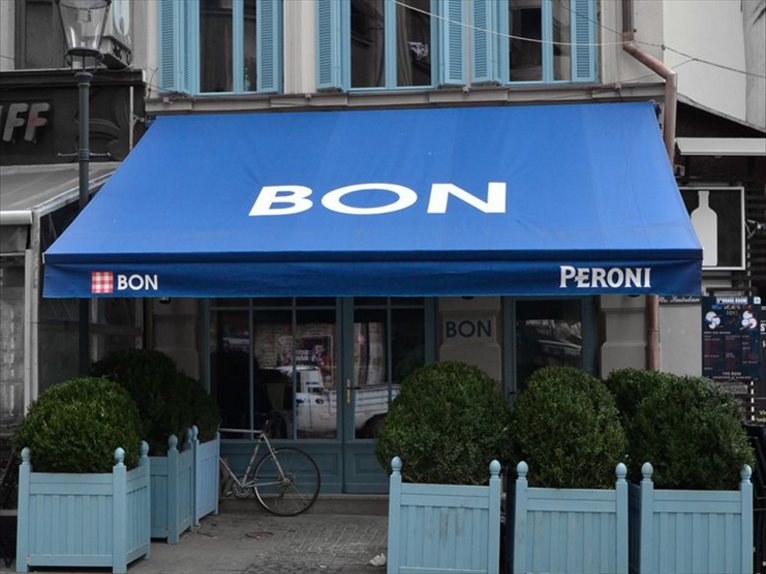 Two hundred doors, windows and shutters make up the internal cladding of the new Bon restaurant in the old town centre of Bucharest designed by the young Romanian architect Cristian Corvin. 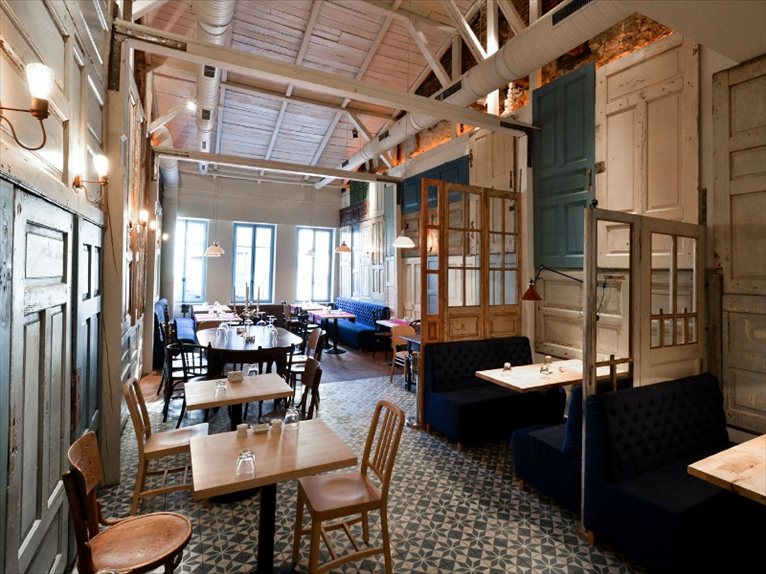 The restaurant is on two floors and exploits the long and narrow shape of the building, developing the rooms in continuity, but diversifying the spaces through the differentiation of colours, furniture and flooring. 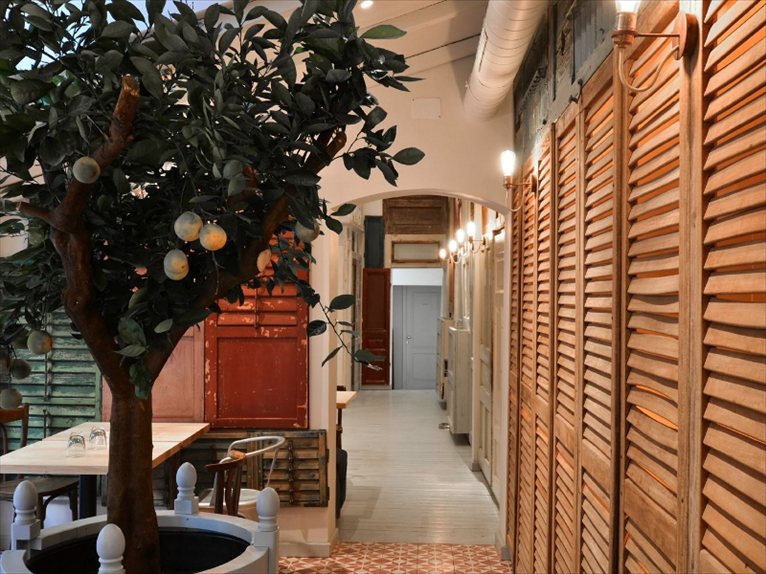 The design of the inner cladding represents not only a formal but also a symbolic choice, endeavouring to create awareness of the growing phenomenon of demolition of period buildings in the centre of Bucharest. The patchwork was carefully composed and enhanced by clever lighting, offering an atmosphere of vintage charm. 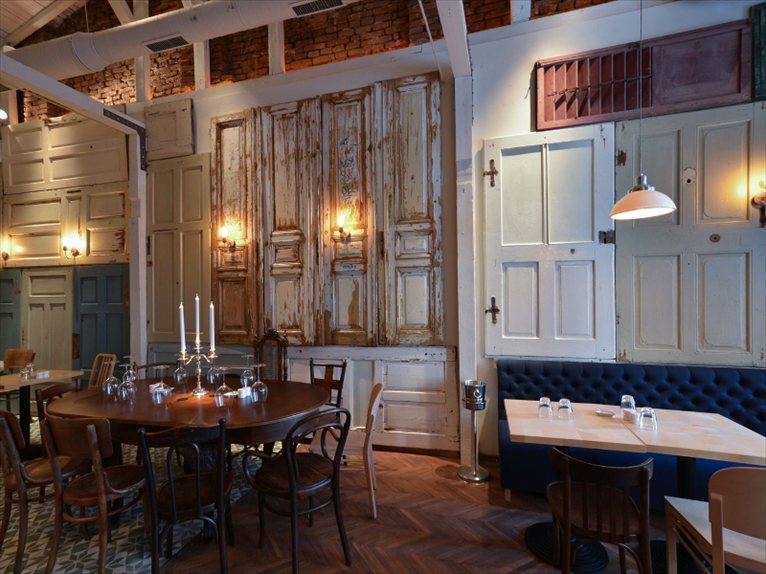 Many of the elements were used previously as “fencing” to prevent access to the building site, for this reason you can still see writing and graffiti which were left exposed and only partly cleaned, to maintain the character. Only some of the doors were repainted in pastel colours of red, blue and green, that have become the hallmark in the different rooms. 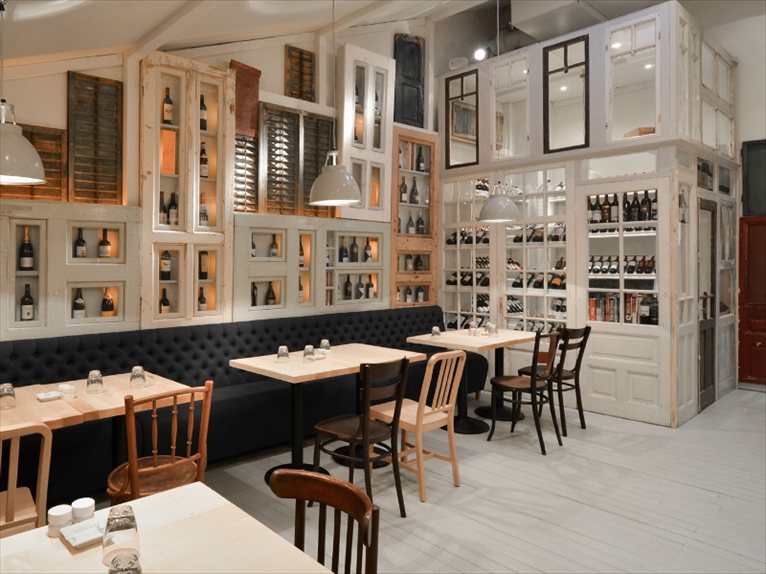 The showcases were created by means of an amusing arrangement of old glass doors. The choice of furniture, consisting of a varied selection of styles and materials, has the same philosophy.