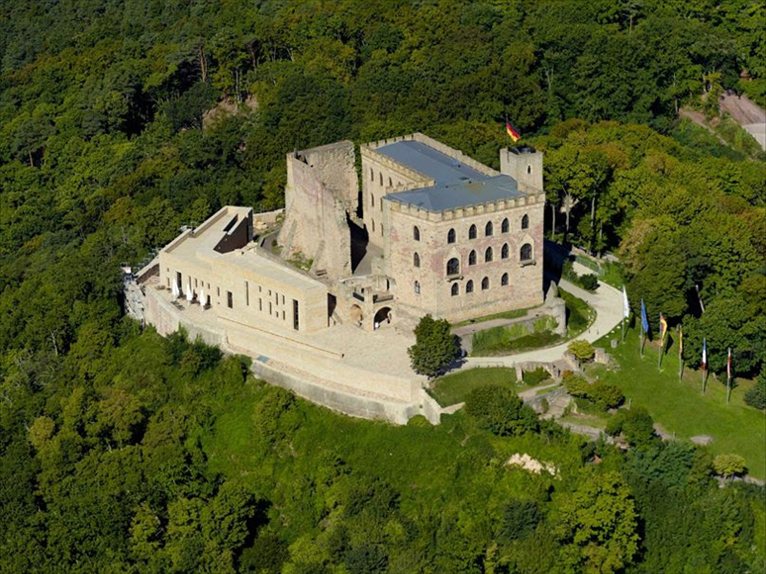 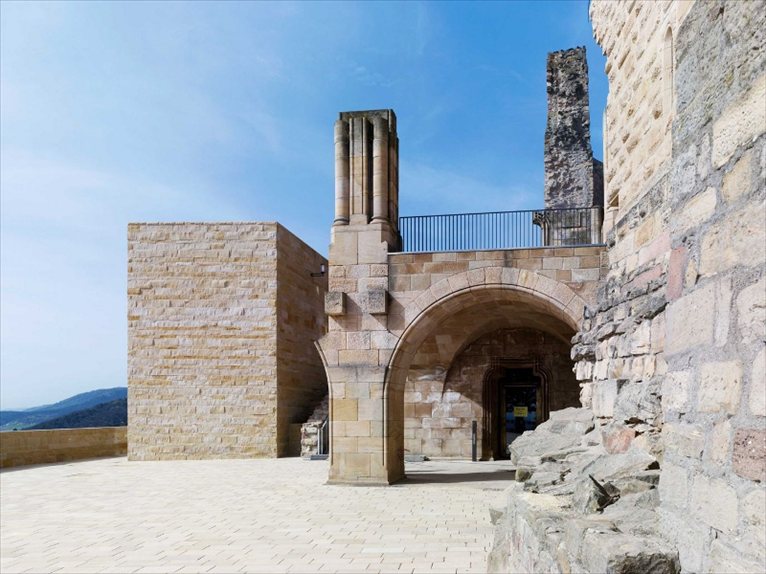 Since its construction in Roman times, the castle of Hambach has often been subject to alterations over the centuries. In 2002, the Hambach Castle Foundation launched an architecture competition to modernize, renovate and expand the fortress, which was won by Dudler. 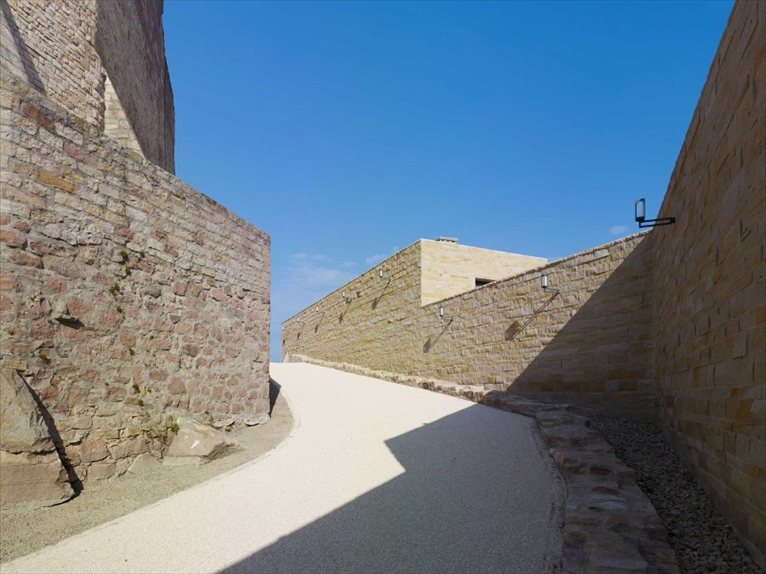 The main objective of the Swiss architect is primarily respect for the language of the existing architecture, preventing any expansion of the historical complex from compromising the original layout.

During the restoration work Dudler focussed great importance to restoring and enhancing the original materials: the ancient walls were scrupulously cleaned and consolidated in order to bring to light the spatial and temporal connecting elements that alternated over the years. 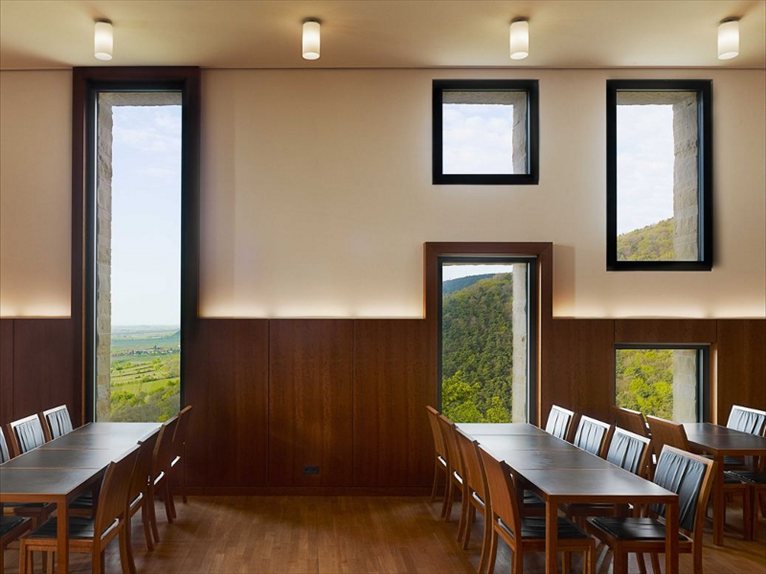 The new sections, made using different materials, such as cherry wood, sandstone, glass and steel, were designed to integrate seamlessly with the existing complex. 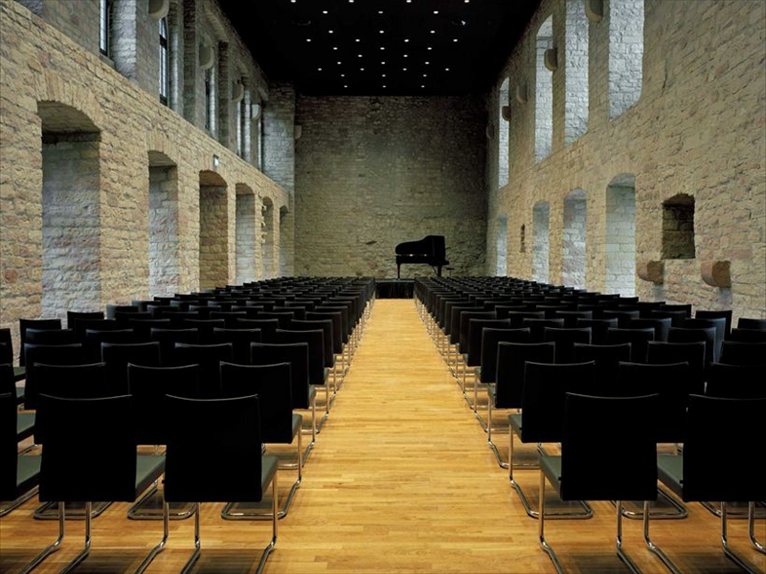 In particular, the work related to the 'Restaurant 1832' was designed to fit within the historic building, according to the concept of “creating a building from the wall”, maintaining the continuity of the material and a logical evolution of the building’s 'ring' of medieval walls.

Thanks to the project for the Hambach Castle, Max Dudler has also been nominated for the Mies van der Rohe Award 2013.