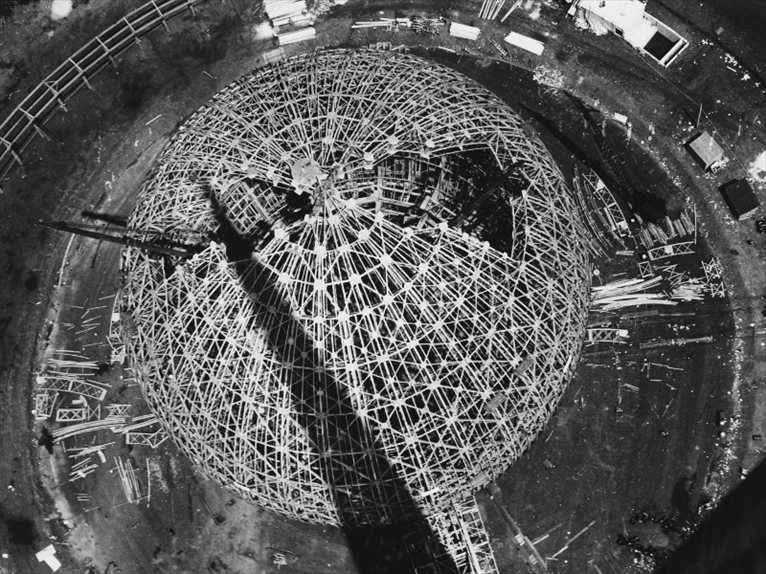 On December 5, 2012, the Museum of the City of New York opened "Designing Tomorrow: America’s World’s Fairs of the 1930s" , an exhibition celebrating the six fairs, including New York’s 1939 World’s Fair, which was the largest and one of the last of the six, masterminded and built by then Parks Commissioner Robert Moses in what is today Queens County’s Flushing Meadows Park.  Significant elements of the 1939 Fair still exist today, including the roadways built specifically for the exposition, and the park that hosted the fairgrounds. 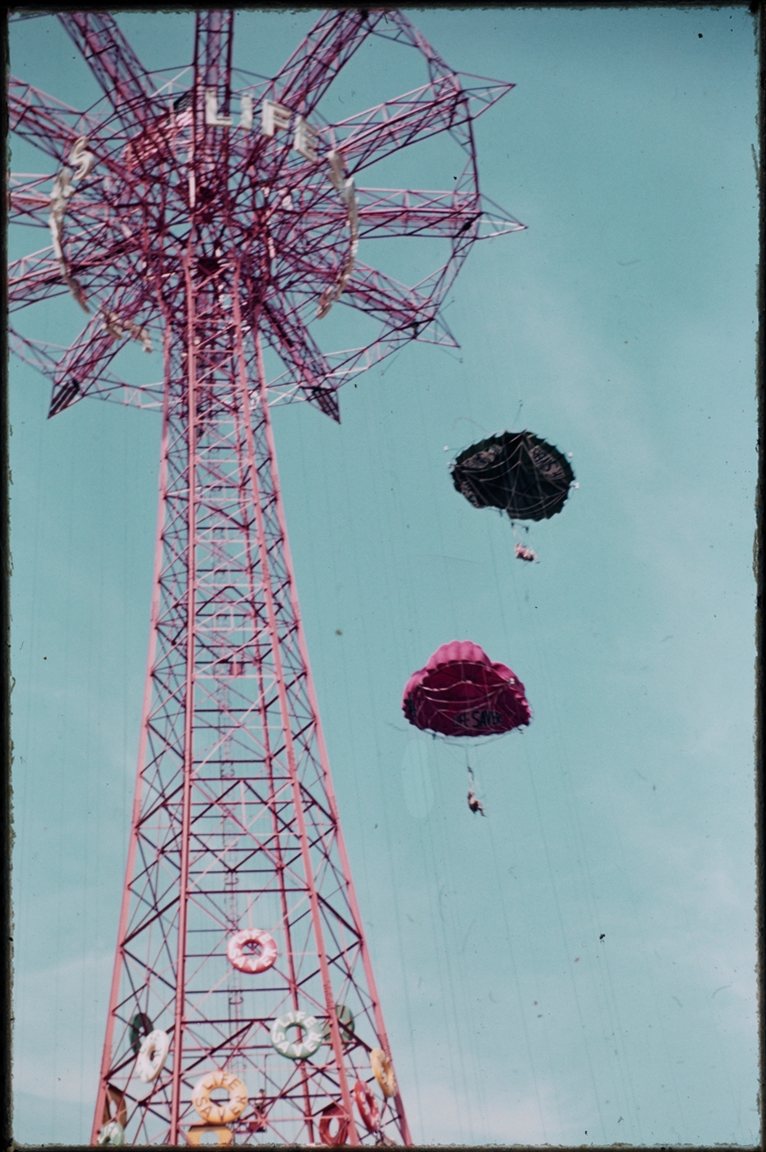 The other fairs highlighted in the exhibition are Chicago (1933/34), San Diego (1935/36), Dallas (1936), Cleveland (1936/37), and San Francisco (1939/40). The fairs foretold much of what would become commonplace in prosperous postwar America—and they allowed leading corporations, like Con Edison, AT&T, and DuPont, an unparalleled opportunity to present newly engineered and designed modern conveniences and consumer products.   They were also prophetic in advancing concepts of the future, such as the nation’s superhighways and its suburbs. 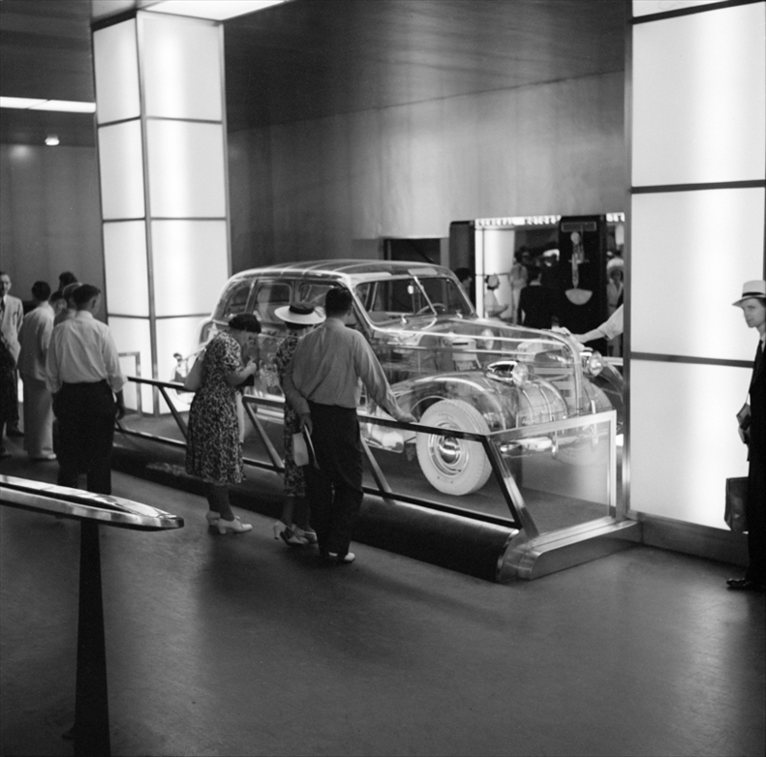 Museum of the City of New York, Wurts Bros. CollectionVisitors to the exhibition will see sleek, modern furniture and appliances, vintage footage from the fairs, and futuristic drawings of the New York World's Fair's buildings, both built and proposed, from the Museum's collection as well as nearly 100 fair artifacts that were debuted at the National Building Museum in Washington D.C. From advertising to architecture and domestic innovations and furnishings, all of the fairs’ most popular and recognizable attractions are incorporated into the exhibition. 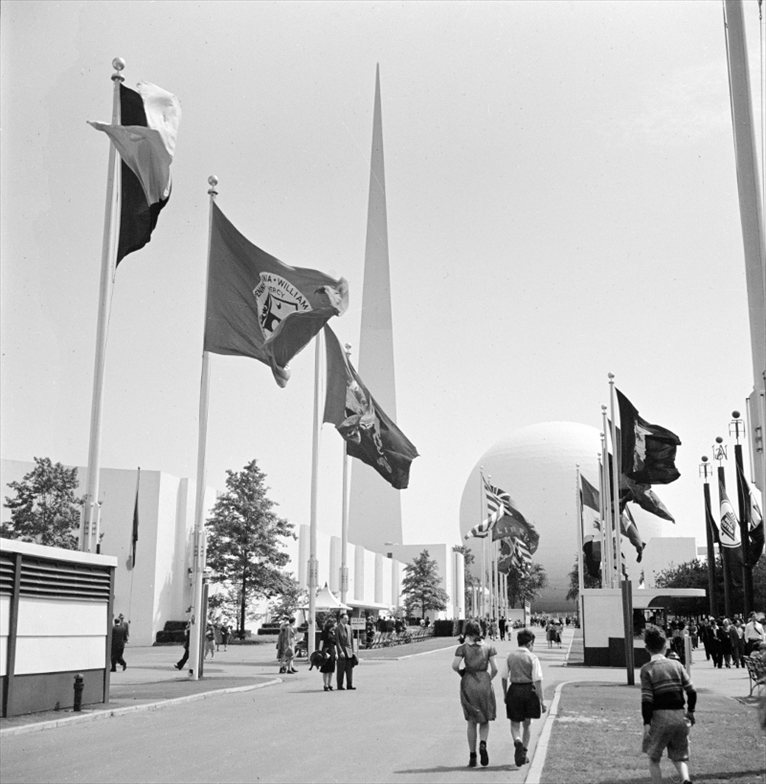 Photo: Children walking down Constitution Mall toward Trylon and Perisphere, 1939 Museum of the City of New York, Wurts Bros. Collection

Designing Tomorrow begins with a projection of never-before-exhibited Kodachrome slides of the New York fair from the City Museum’s collection.  (Kodachrome was one of the first commercially successful color photographic films, in its infancy in 1939 and showcased by Kodak at the fair.) Providing a first-hand look and taken by two amateur photographers, these slides flash vivid scenes in glowing colors—the blue of the skies; the dazzling white of the New York fair’s icons, the Trylon and Perisphere; a hot pink parachute falling through the air; and water appearing orange like flames during the evening light show at the Lagoon of Nations.