When the cover with the pig flying over the skies of London was an icon, I’m sure many of us (me included) were not yet born.

Was 1977, and on the cover of the album “Animals” by Pink Floyd was pictured a pig flying over Battersea Power Station on the south bank of the Thames.
Perhaps, it is thanks to this cover that the building will not be demolished!
The “Battersea Power Station” with its four chimneys is the largest brick building in Europe.
Designed in 1933 by architect Giles Gilbert Scott (who also designed the London telephone booths!) has within decorative elements typical of the Art Deco and is classified a National Monument by English Heritage.

Closed in 1983 has become the symbol of an era in industrial decline, passing the scepter of power to the banks, from Old England to Cool Britania.

In all these years the building has remained disused, abandoned as is the case in many situations in our cities. It ‘was the scene of many events and also the background of some scenes of Batman “The Dark Knight”.
The British government has thought about all the ways how to recover it: by turning it into a huge shopping mall or even in the new stadium of Chelsea F.C. preserving the external structures, but the money required was too much and the only way seemed to be demolished.

News a few months ago is that of the factory where everyone had lost all hope, they put the eyes of the people who “see long” and they have seen in the site a good money maker.
It is a Malaysian company which intends to convert the entire industrial area to residential area with luxury apartments, shops, offices, public spaces, gardens, swimming pools … 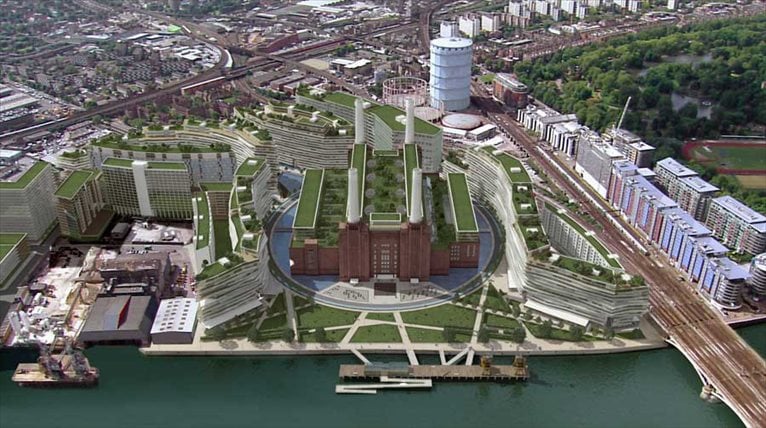 Not only want to redevelop the entire area but the factory will not be torn down to make way for futuristic glass skyscrapers, but it will be completely restored and converted into luxury residences with apartments and penthouses to 6 million pounds. An exemplary example of urban redevelopment.

The external structure will match perfectly the original, of course, the interior layout will be adapted to the needs that the new use will require.

The 4 smokestacks, during the work will be moved and made safe and then be returned to their place at the appropriate time.

The project designer is Uruguayan architect Rafael Viñoly.
For the moment everything is on paper: the site has not yet been started, but already 600 of the 800 residential units were sold in just 4 days.
From studios to 340 thousand pounds to penthouse of 6 million.
Buyers range from bankers of the city to a former employee of the power plant. The company that operates the sales is sure that by the end of the month all the 800 apartments will be sold, and in 2016 will begin the first tenants to live there. 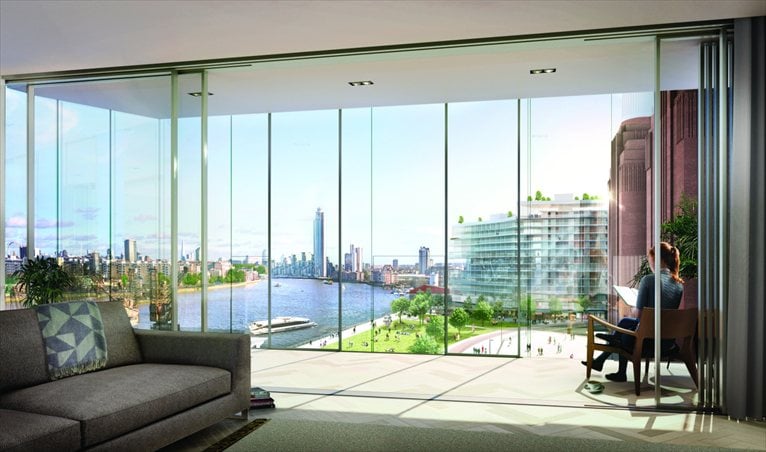 Directly overlooking the Thames the new area is shaping up to to become the coolest area of the city.

Watch the video  to realize what it is.

This post has already been published in Italian by me in: http://followingyourpassion.wordpress.com/

and on my personal blog: http://simonaviviani.wordpress.com/