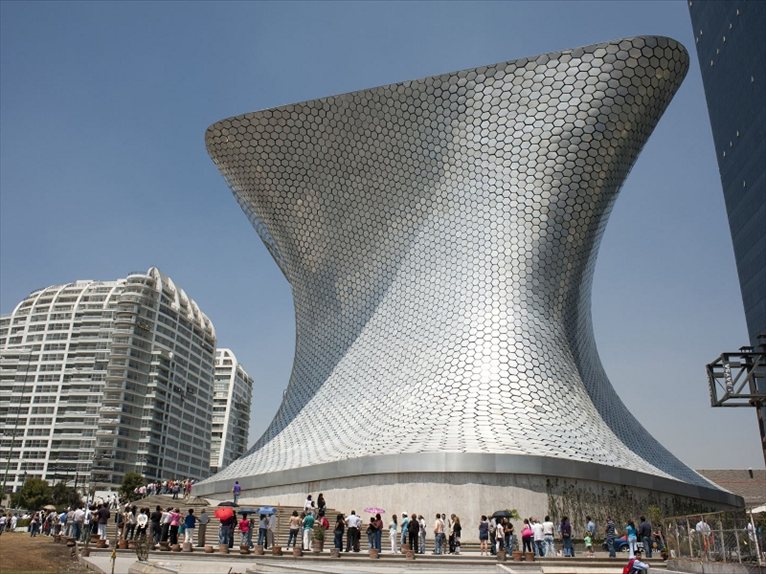 The Soumaya Museum in Mexico City by Fernando Romero was opened in March 2011. Built by Carlos Slim Helú, the wealthy Mexican tycoon who wanted to dedicate it to his wife, Soumaya, who died in 1999, the museum houses the family's private art collection with 66,000 works, the largest in Latin America. 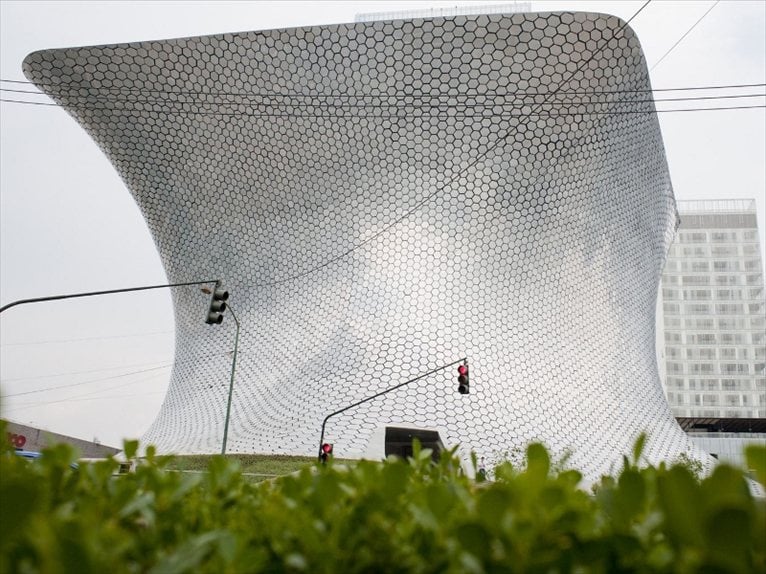 Fernando Romero describes his Museum as a building born out of the need for a structure that was a neutral and functional art container and, at the same time, an iconic structure that represents the city in a particular historical moment. The result is an amorphous architectural sculpture, perceived differently from every angle, covered by about 16,000 hexagonal modules of reflective aluminium. 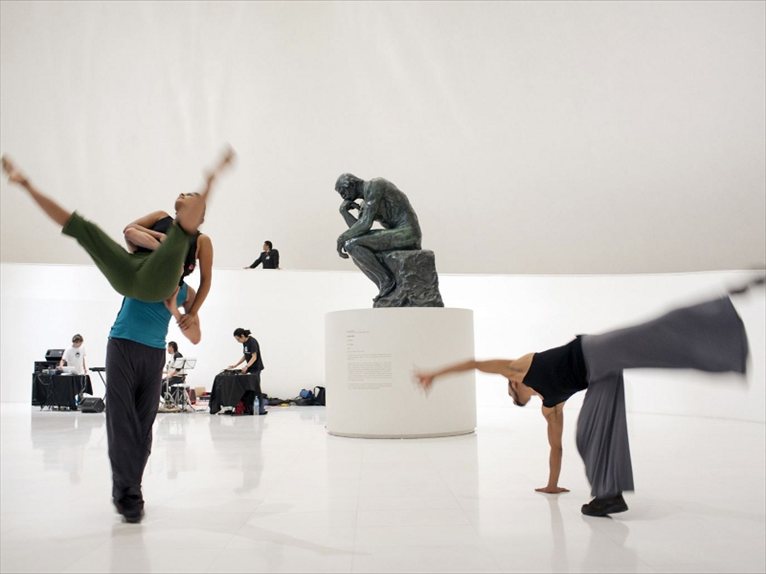 The building includes 20,000 square metres of exhibition space divided among five floors, as well as an auditorium, bars, offices, a gift shop and a multi-purpose hall. The upper floor is the largest space of the museum, with its cantilevered roof suspended on the square. 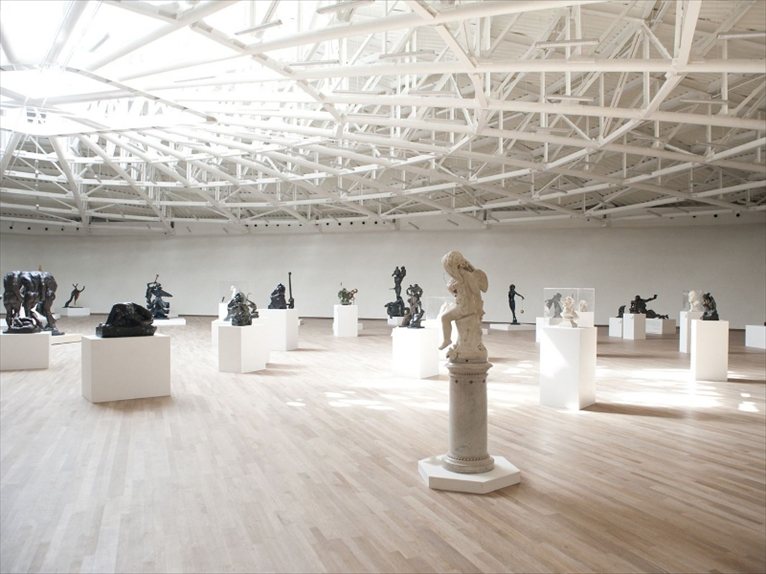