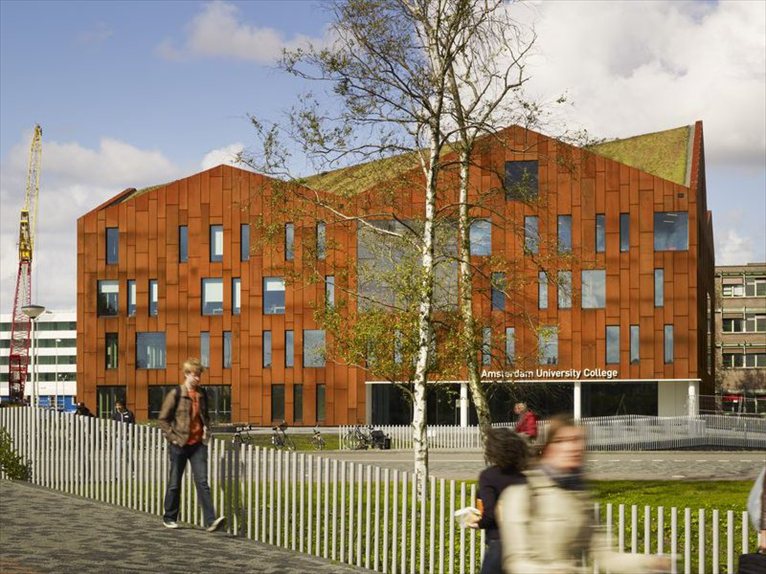 21/01/2013 - ARCAM architecture centre has nominated Amsterdam University College for the 2013 Amsterdam Architecture Prize (Golden A.A.P.). The prestigious Amsterdam University College accommodates the joint liberal arts and sciences programme of the University of Amsterdam and the VU University Amsterdam. The new and striking 6,000 m² educational building was designed by Mecanoo Architecten in Delft. The Golden A.A.P. prize is awarded annually to the architect and client who produced the best architectural project in Amsterdam, given a completion date in the previous year. The winner will be announced in April 2013. 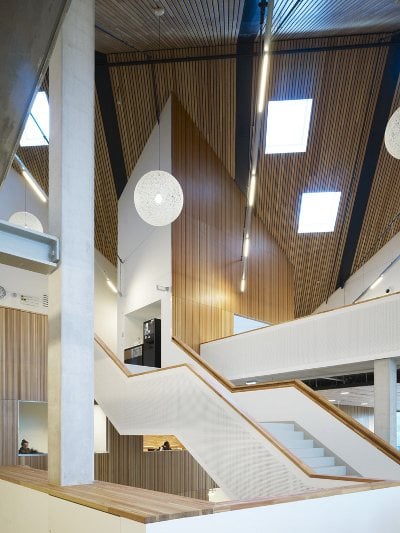 By positioning the tilting roofs diagonally, in a north-south direction, the sense of being in a loft is strengthened. Large voids form the heart of the building and create a visual relationship between the different floors. A staircase winds through the voids, symbolising a sense of community for its users.