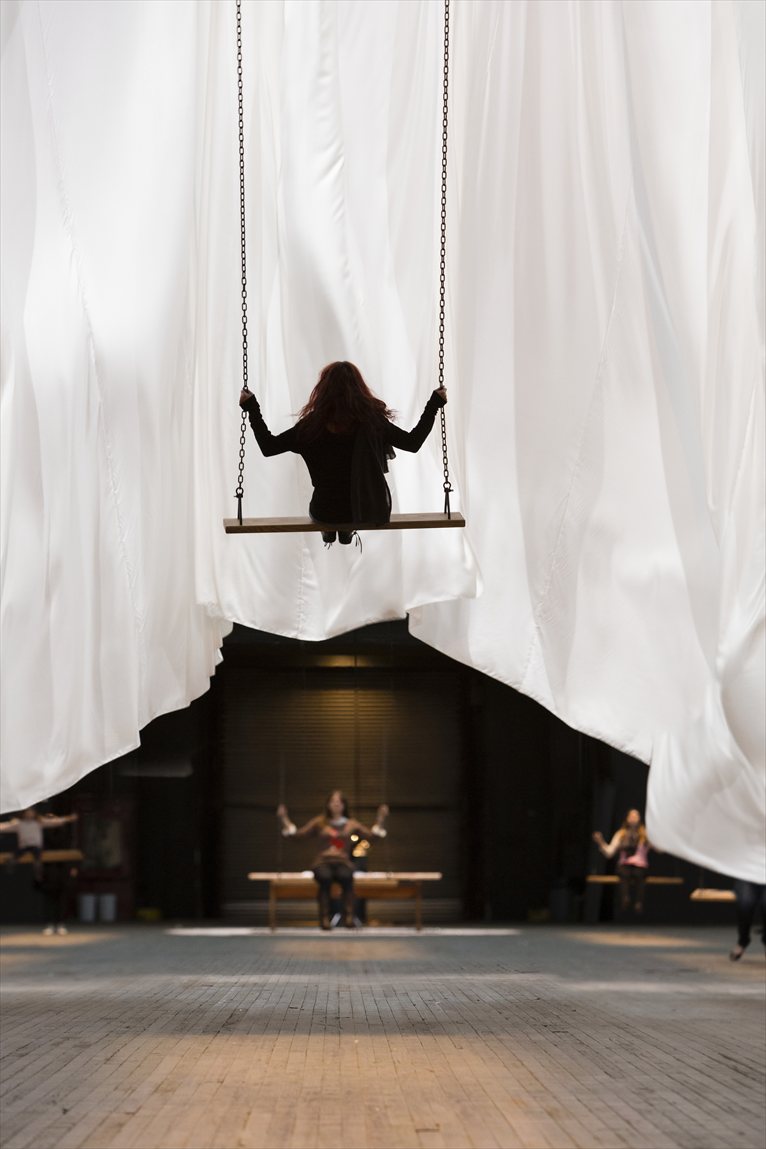 Park Avenue Armory commissioned artist Ann Hamilton to create a new installation, her first largescale project in New York City in more than ten years. The show ran until January 6, 2013 through the event of a thread weaves together Hamilton’s exploration of time-based performance, the act of public speaking, and the poetic accumulation of material for which she is best known.

Responding to the architecture and social history of the Armory, the participatory installation features a field of swings, suspended like pendulums from the drill hall trusses, and incorporates readings, sound, and other live elements that animate the 55,000-square-foot Wade Thompson Drill Hall. 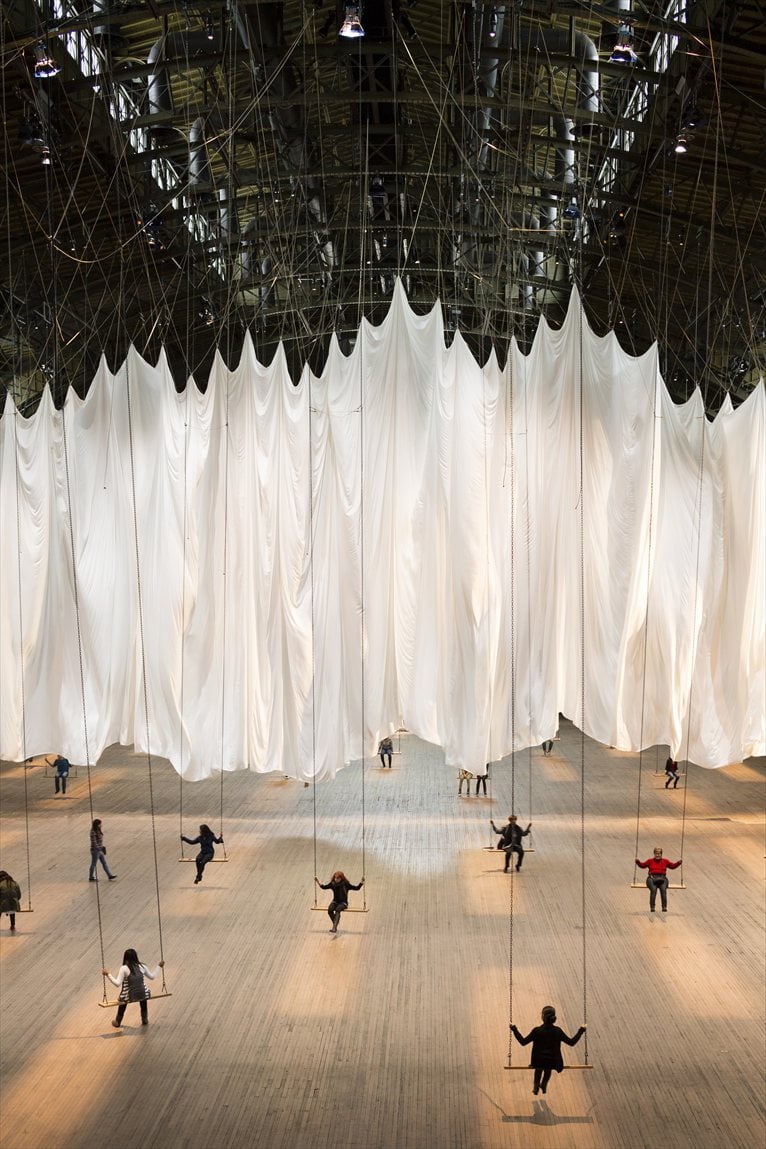 42 swings suspended from the hall’s elliptical wrought iron structural trusses connect via ropes and pulleys to each other and to a massive white cloth. Visitors’ movement on the swings is visibly registered in undulations of the cloth.

The white cloth bisects the field of swings, so that each of the 21 swings on one side of the cloth has its counterpart on the other side. The resultant movement in the cloth caused by one swing is further changed and enhanced when another visitor engages the corresponding swing on the opposite side of the cloth.

Over the duration of the exhibition, a succession of attendant readers, two at a time, red aloud while seated at a table near the drill hall’s entrance. Their live voices became a constant presence broadcast throughout the installation on a radio bandwidth designed to occupy a single city block, the physical footprint of Park Avenue Armory. Radio receivers circulated to visitors who are able to “carry” the voices as they traverse the installation. 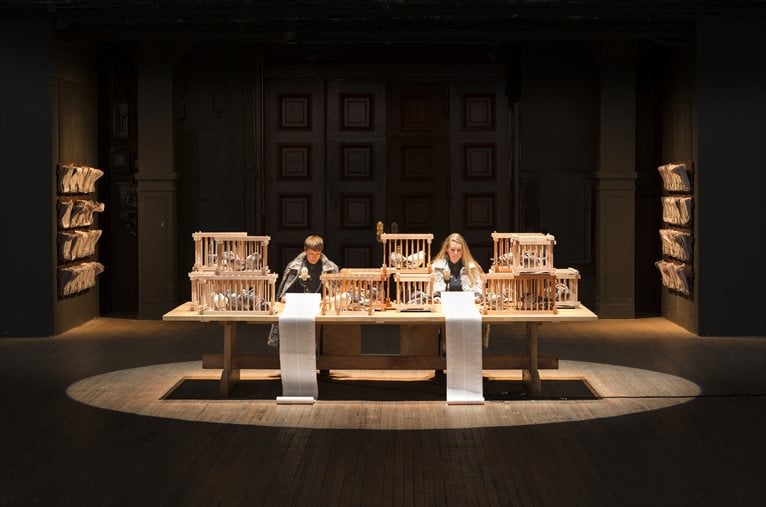 Ann Hamilton is a visual artist internationally recognized for her large-scale, multimedia installations. Responsive to the sites where they are made, her installations, which often include texts spoken and written, and participants who are suspended or in motion.