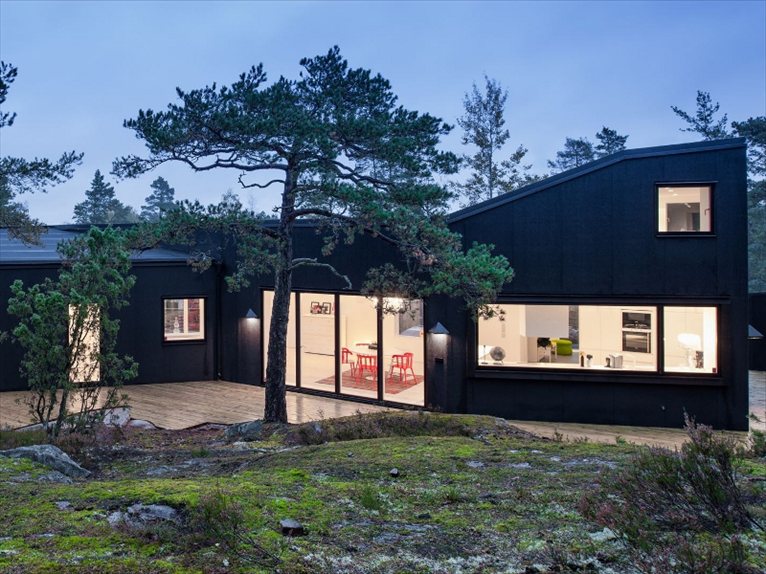 The starting point for the Villa Blåbär project, by Swedish architects pS Arkitektur, was the idea of creating a residence with a bold design and lines extending towards the neighbouring forest, in order to obtain attractive and scenic views in every room of the house. 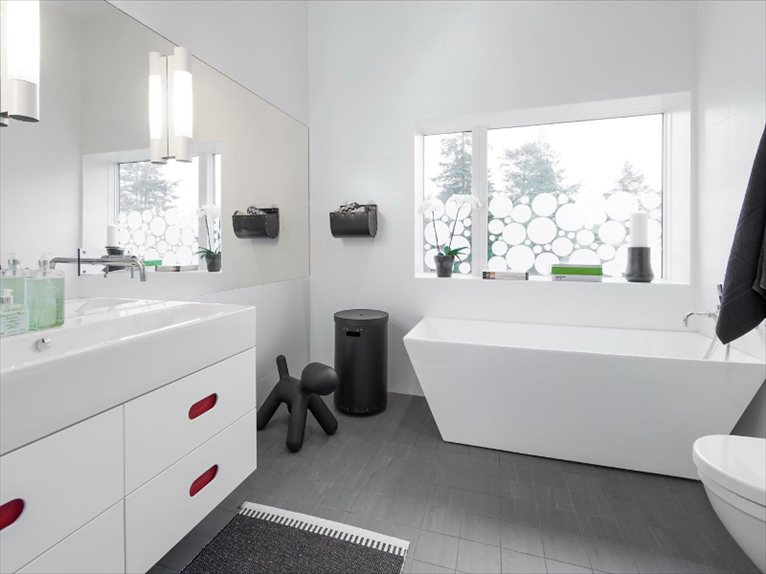 Located in Nacka, near Stockholm, Villa Blåbär is the result of a sort of long 'design lab' between the clients, a couple Karl & Sofia Andersson, and the designers, in which a series of test models of the volumetric composition were produced and several on site surveys were carried out. 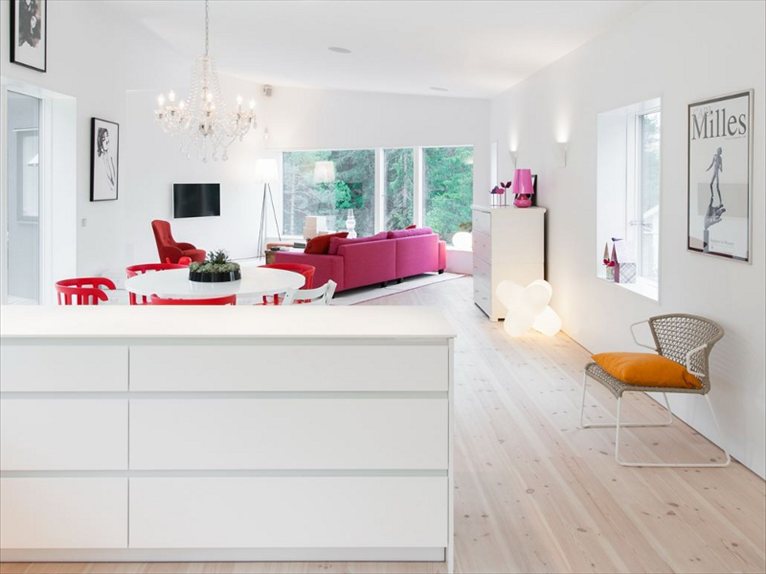 The challenge given to pS Arkitektur was to arrange all the rooms of the house on a single level, seeking, at the same time, the best set up of the structure according to the slope of the ground. 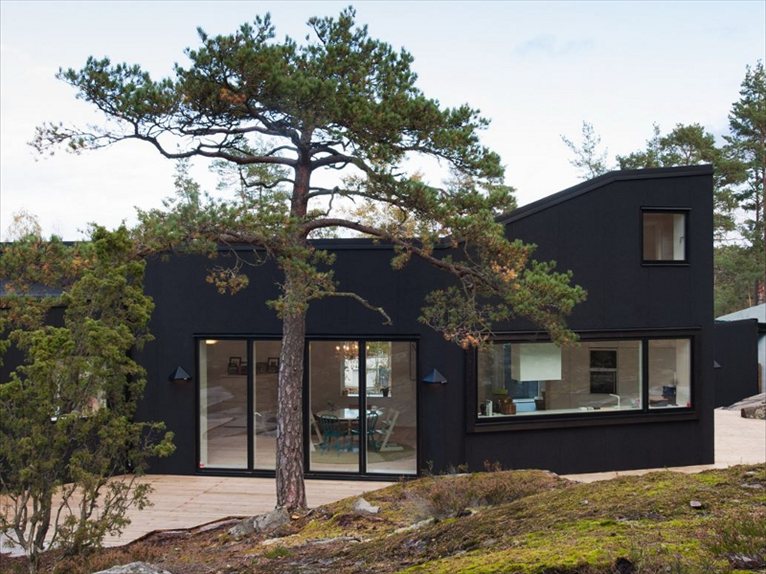 The opacity of dark colour used for all external fronts, including the roof, corresponds, by deliberate contrast, to a well-lit interior, dominated by the candid white colour of the walls and furniture. The functional distribution of the environments followed a hierarchical arrangement closely related to the transition from the living area to the more private spaces of the sleeping area.