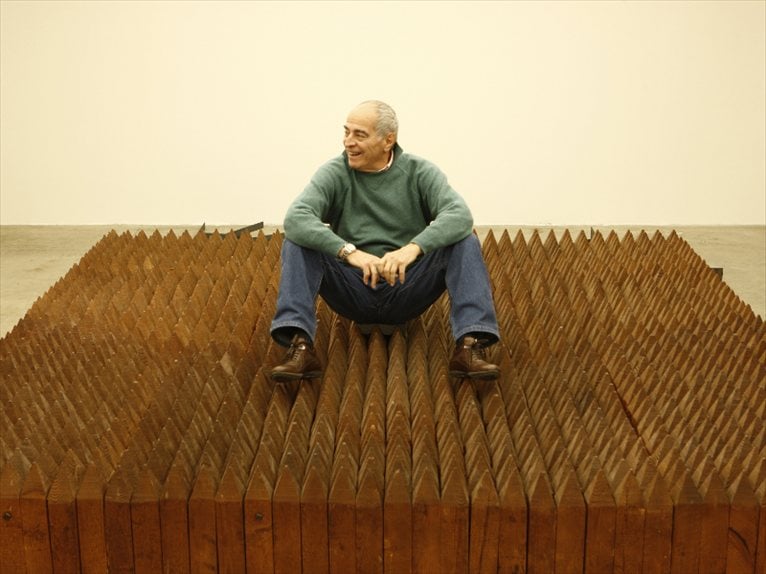 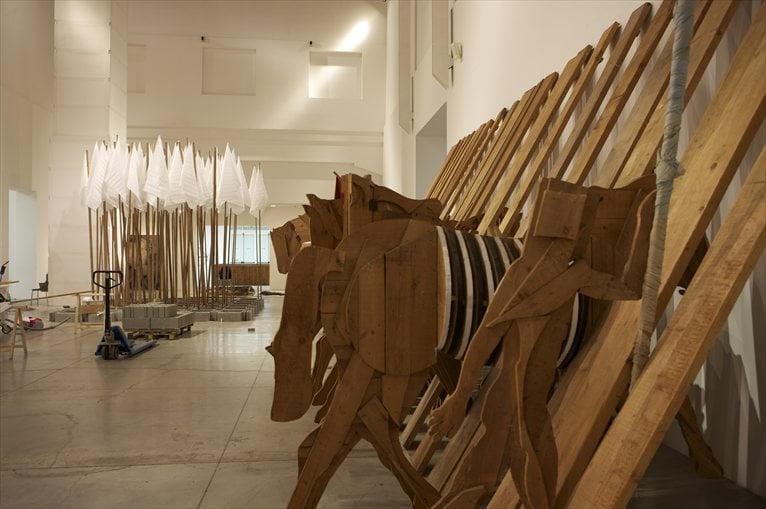 MAMbo - Museo d’Arte Moderna di Bologna presents the exhibition “faccia a faccia” by Mario Ceroli, paying tribute to the internationally renowned sculptor, a leading member of the new generation of artists that in the early sixties initiated on the Italian scene a unique season of change in the course taken by the language of art. 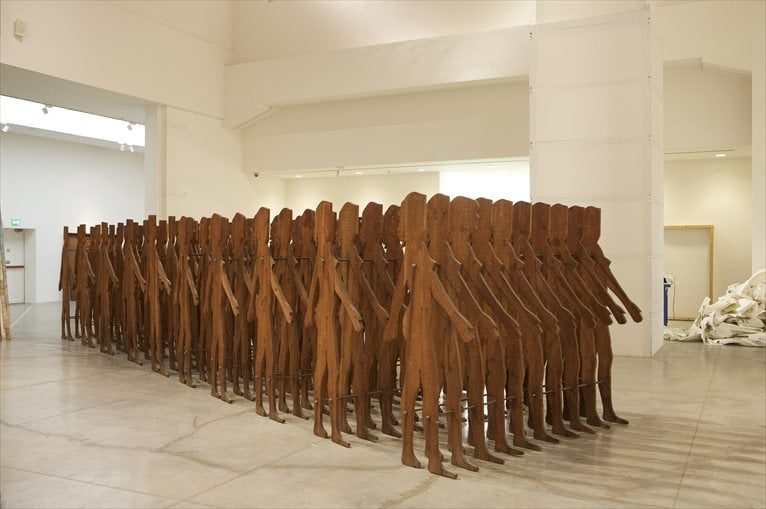 The 47 works on display at MAMbo include some of his most famous large-scale environmental installations, as well as new works presented specially on this occasion. 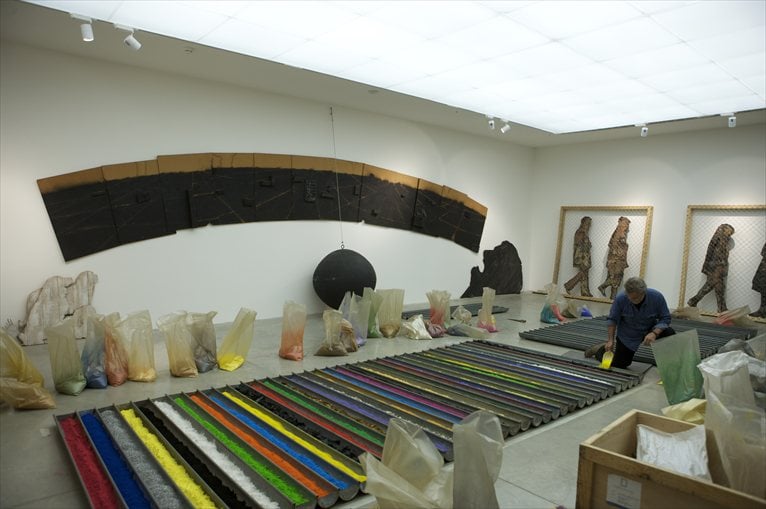 The artist has conceived the exhibition as a single project, sculptural and architectural at the same time. Turning on its head the principle underpinning his celebrated work-environment of 1966, Cassa Sistina, Mario Ceroli has taken over the extraordinary spaces of the museum’s Sala delle Ciminiere and, starting out from that condensed introversion of architectural elements has projected his art into the extroverted space, heightening its visual impact and expressive force. 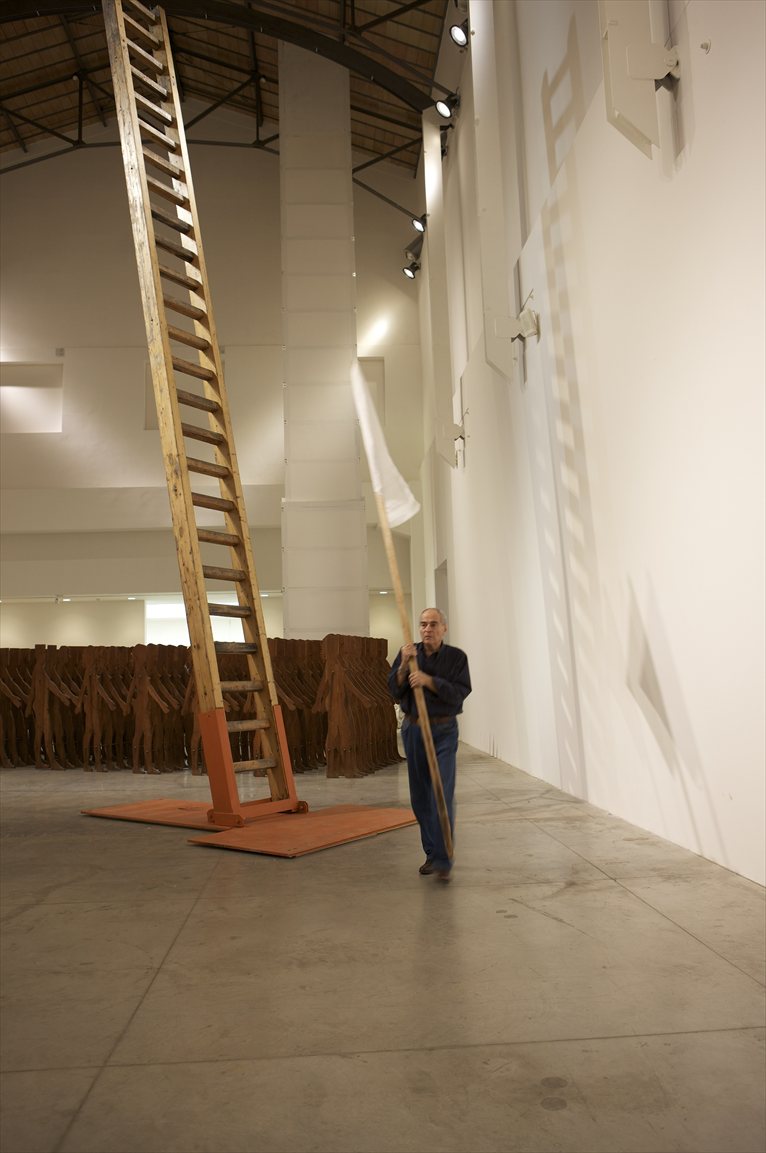 Thus the exhibition in Bologna becomes a single entity in which an attentive play of cross-references and connections turns the works into the ‘exploded’ version of a space invented by the artist: the exhibition is laid out in a way that the older works hold a dialogue with the more recent ones, in a direct dialectical exchange that eschews chronological and historiographical criteria. 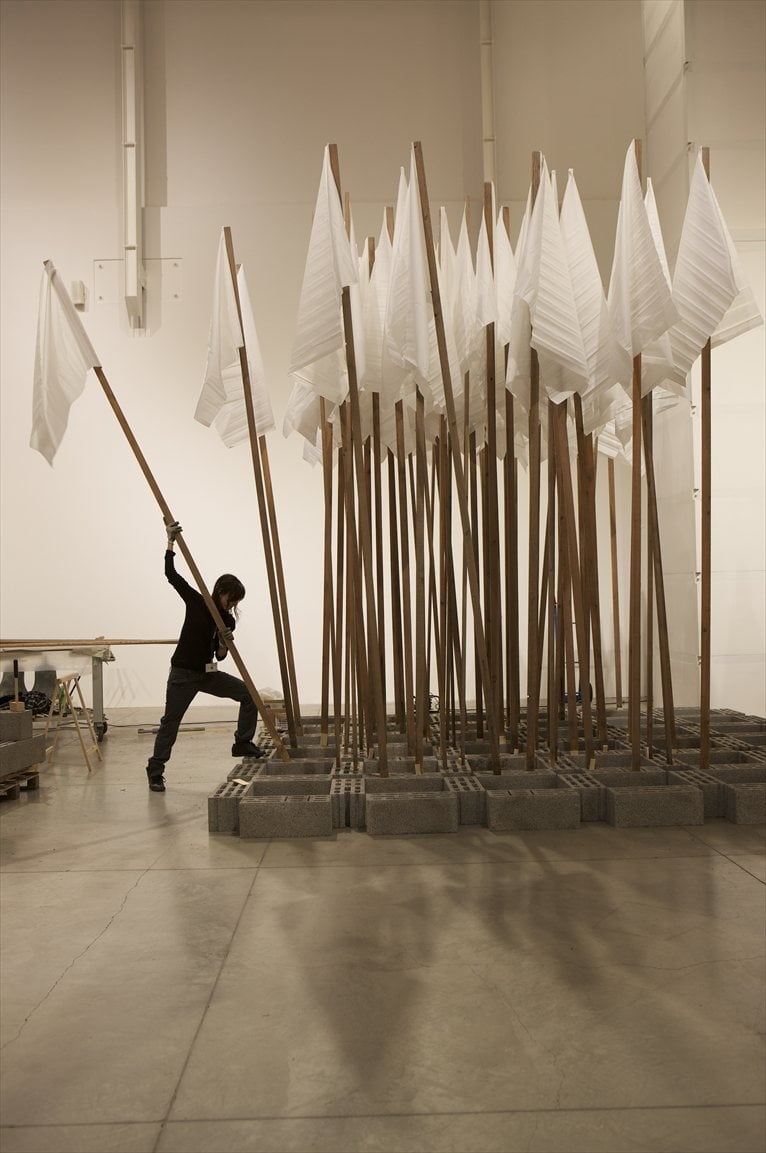 The title “faccia a faccia“ (‘face to face’) refers to the comparison between the human and the divine that has been inspired by MAMbo's great central hall, so reminiscent of a cathedral. 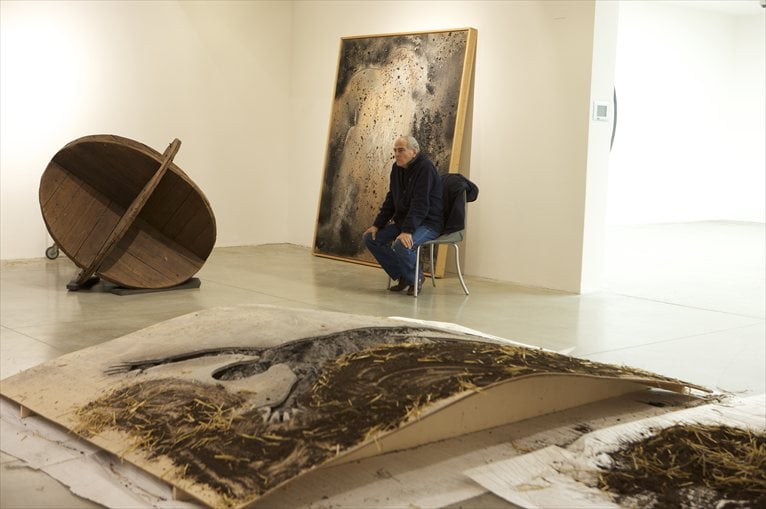 The recognition of wood as his ideal expressive material took place at the end of the fifties, prefiguring the intuition of an original line of research that was to develop into a complex formal language of great inventiveness. 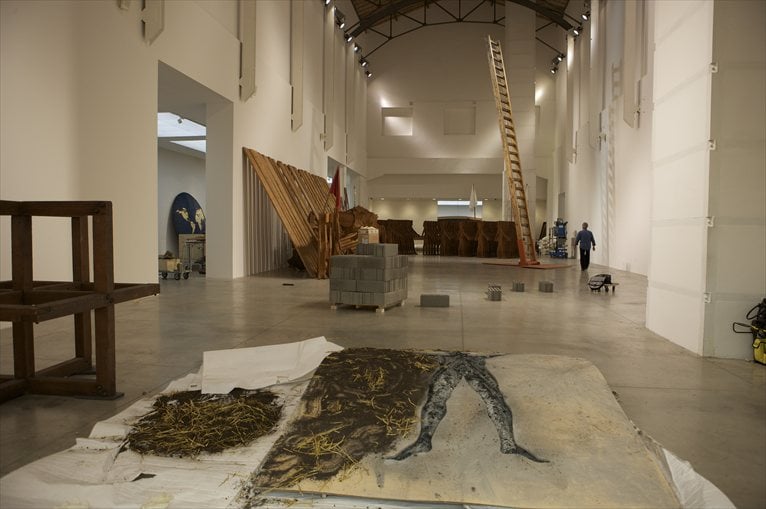 The exhibition at MAMbo also documents other significant trends in the artist’s plastic and thematic experimentation. For example, the rational component of the structures marked by an abstract geometricism is evident in works dating from the sixties, like Mappacubo (1966) and Mappatondo (1966), and recurs in Ceroli’s more recent production with the series of geometric projections made in iron in 2012.

Another recurrent element that lends a symbolic depth to Ceroli’s work is lettering, as in the sculpture-inscriptions Terra, Fuoco, Aria, Acqua (1972) which evoke the concept of nature through a sequence of words, while the silhouette and profile as iconically decisive components are still present in works from the early nineties, such as Il Raccoglitore di miele (1991). 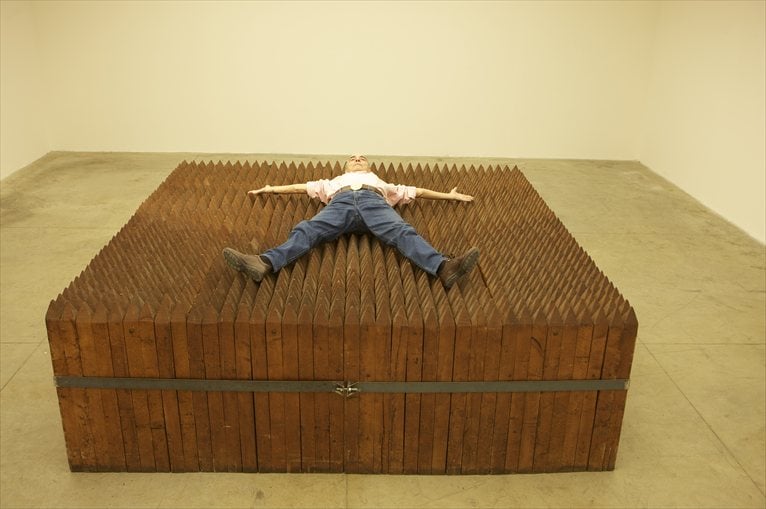 The exhibition is accompanied by a bilingual (Italian/English) catalogue published by La casa Usher – Usher arte that includes an extensive photographic essay by Aurelio Amendola, along with introductory texts by Gianfranco Maraniello and Luigi Ficacci, critical essays by Lorenzo Vivarelli and Carlo Titomanlio and a text by Antonio Paolucci.