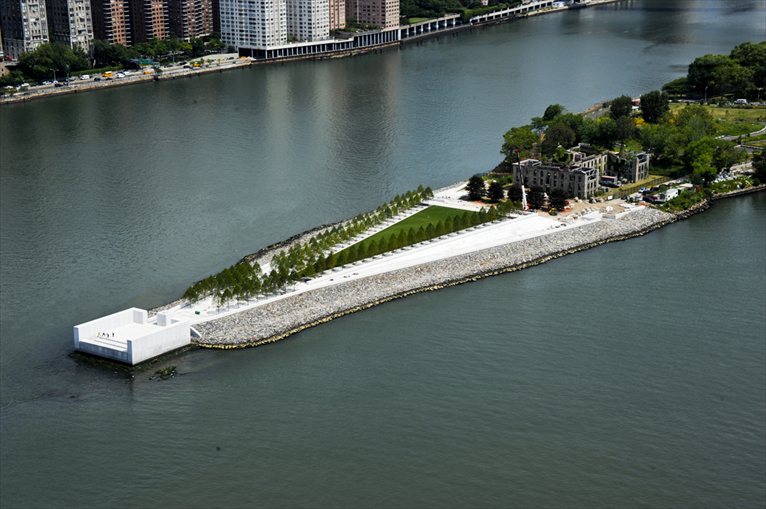 Mitchel and Giurgiola Architects have recently carried out the difficult assignment of completing the project designed by Louis Kahn in 1974, for the memorial park for 32nd president Franklin D. Roosevelt on the east end of Roosevelt island in New York.

Louis Kahn was announced as the architect of the project in 1973. Kahn completed drawings for the park just before dying  in Pennsylvania Station, at the age of 73.
In March 2010, after almost 40 years, the construction of Franklin D. Roosevelt Four Freedoms Park began. 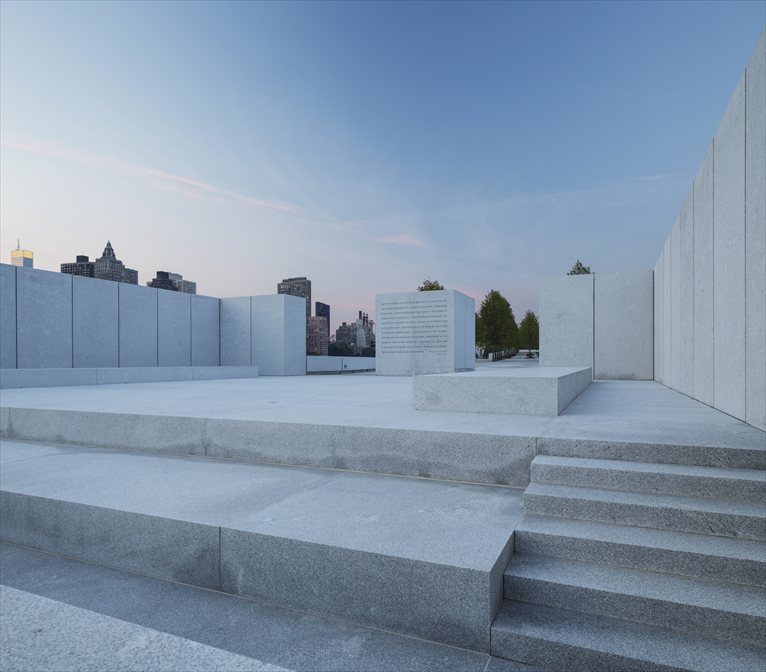 FDR Four Freedom park is located in a triangular site and is made up of a white granite plinth lined in linden trees to an open air courtyard. A thick block is located at the entrance, marked with a bust portraying FDR’s head, sculpted by Jo Davindon. Behind the bust the famous four freedoms speech is engraved. The project is characterized by strict symmetry and an axial plan, which recalls most of Kahn's works.

”The Room” (so-called by Kahn himself) is enclosed on three side walls of granite. It is open on the south side giving a spectacular view towards the river and the United Nations Building.

The park was inaugurated in the end of October last year.