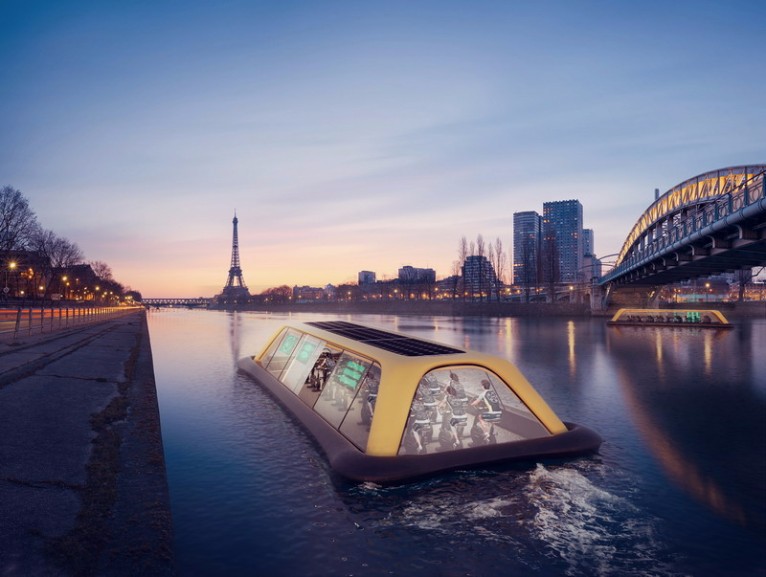 Carlo Ratti Associati partners with Technogym, Terreform ONE and URBEM to present the Paris Navigating Gym: a fitness vessel that moves along the Seine River by harnessing energy from passengers’ workouts

International design and innovation office Carlo Ratti Associati, working with the leading fitness equipment manufacturer Technogym, the non-profit architecture group Terreform ONE and the urban regeneration institute URBEM, has unveiled The Paris Navigating Gym project, a human-powered gym boat that cruises along the Seine River by using energy sourced from passengers’ workouts. The project was developed in response to a public call organized in the French capital.

The Paris Navigating Gym is a 20-meter long fitness vessel that can host up to 45 people. The fitness area features Technogym’s ARTIS machines – a special type of sports equipment that harnesses human energy and makes it available to further uses. 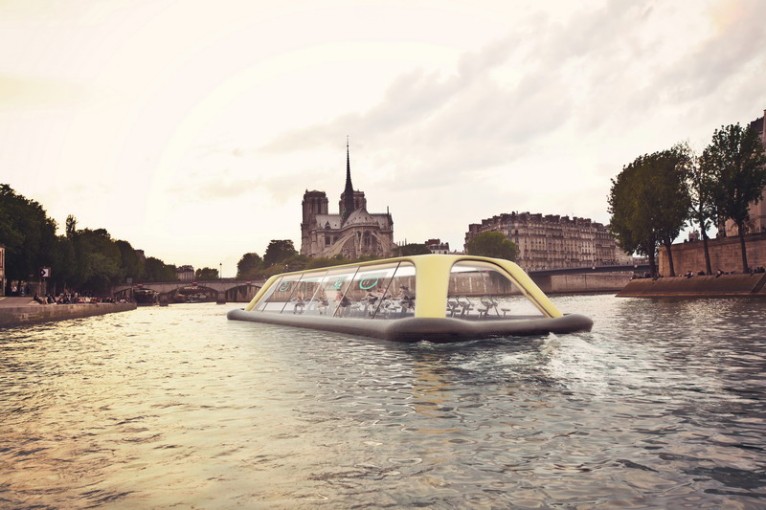 By doing exercise on the ARTIS bikes and cross trainers, guests can seamlessly contribute to powering the boat. Human powered energy will be supplemented by renewables, such as photovoltaic cells on the gym roof. Activated by electric propellers, the Paris Navigating Gym will sail along the Seine on its route through the city, providing access to anybody who wants it. 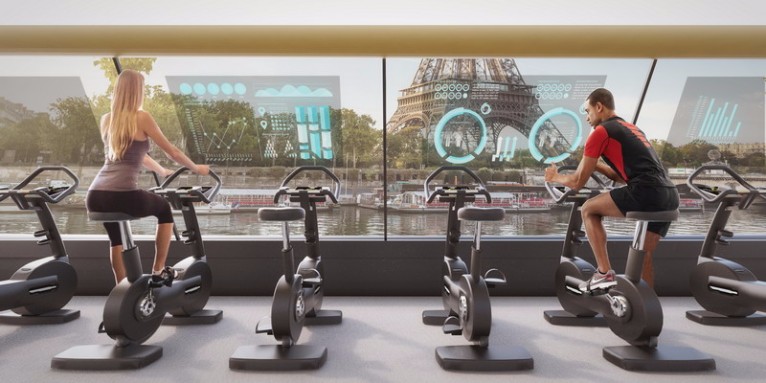 "The Paris Navigating Gym investigates the potential of harnessing human power”, says Carlo Ratti, director of the MIT Senseable City Lab in Boston and a founding partner of Carlo Ratti Associati: “It’s fascinating to see how the energy generated by a workout at the gym can actually help to propel a boat. It provides one with a tangible experience of what lies behind the often abstract notion of ‘electric power’.”

The Navigating Gym will allow Parisians to inhabit the river all year long. The augmented-reality screens installed on the boat will show guests both the quantity of energy sourced from the workout, and data about the Seine’s environmental conditions, tracked in real time by sensors incorporated on the vessel. Encased within a transparent glass covering, open in the summer, the gym allows an extraordinary view of the urban panorama. And at night, the boat can even be used for parties and celebrations.

A preliminary concept for a “River Gym” was initially developed by Terreform ONE in 2008, for use in New York City. The Paris Navigating Gym represents an ideal evolution of that proposal, whose feasibility is ensured by further analysis made by URBEM (business strategy) and UR Lab (urban strategy).

“Technogym has been at the vanguard of the sustainability culture in the fitness wo ld for several years. With this project, our ARTIS fitness machines will make an exciting contribution to urban life”, says Orlando Ferrario, Managing Director at Technogym France.

“The Paris Navigating Gym brings our idea of the ‘River Gym’ to the next level, turning it into a doable project whose potential can have a positive impact both in term of quality of life and public enjoyment of our cities”, says Mitchell Joachim, co-founder of the New York-based non-profit group Terreform ONE.

The vessel’s current design pays tribute to the symbolic Bateaux Mouches, the traditional ferry-boats that have been carrying tourists on the Seine since the early 20th century - as well as to the French capital’s urban character.

“From Walter Benjamin to the Situationists artists, strolling has always been a quintessentially Parisian way to express the excitement of urban life”, adds Ratti: “What if tomorrow we can start to stroll on the river itself?”

Paris is already considered one of the most forward-looking cities in the fitness and wellness field – a condition that the project has the potential to reinforce. According to initial studies, the Paris Navigating Gym can be implemented in less than 18 months, including design, construction, and testing, before starting its cruise to celebrate human power.