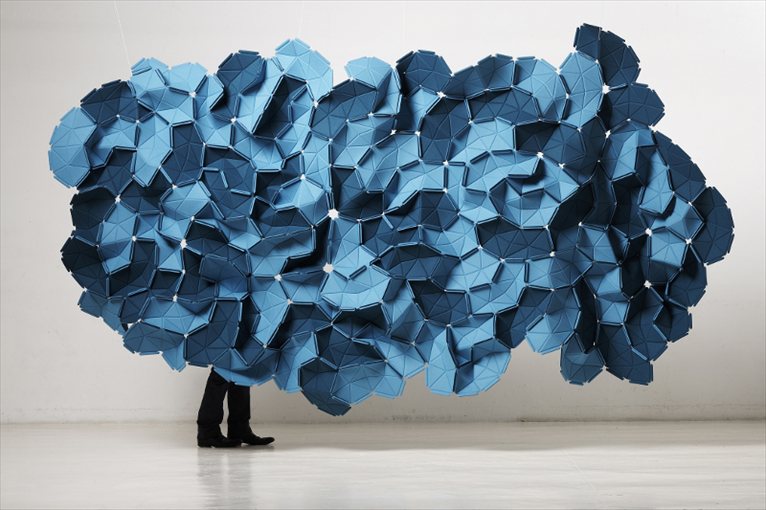 This rare exhibition of work by French designers Ronan and Erwan Bouroullec traces their design career over fifteen years of collaboration and constant evolution. Their first major solo show in the United States in almost ten years, "Rowan and Erwan Bouroullec: Bivouac" is organized by the Centre Pompidou-Metz and highlights their exceptional international career, during which the brothers have become widely recognized as two of the most exciting and innovative designers working today. 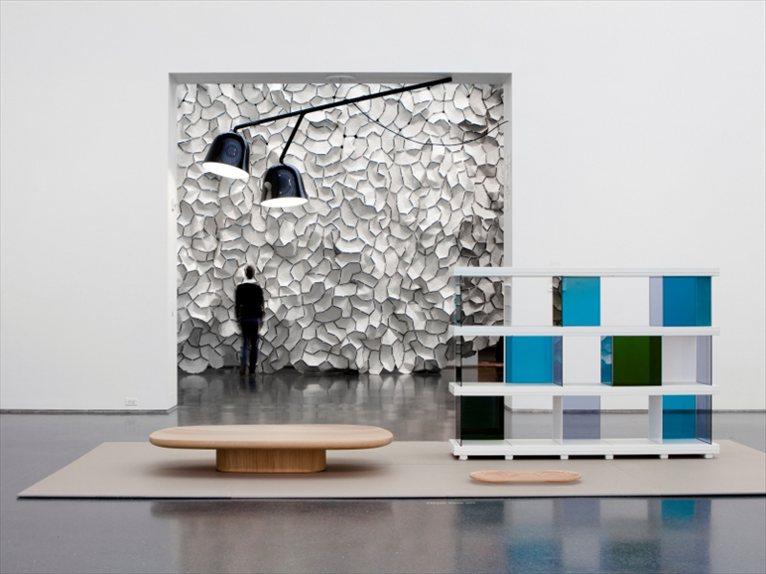 On view from October 20, 2012 to January 20, 2013 at the Museum of Contemporary Art (MCA) Chicago, this exhibition shows how their work is at once conceptual, flexible, and elegant, offering adaptability for diverse and changing environments and spaces. 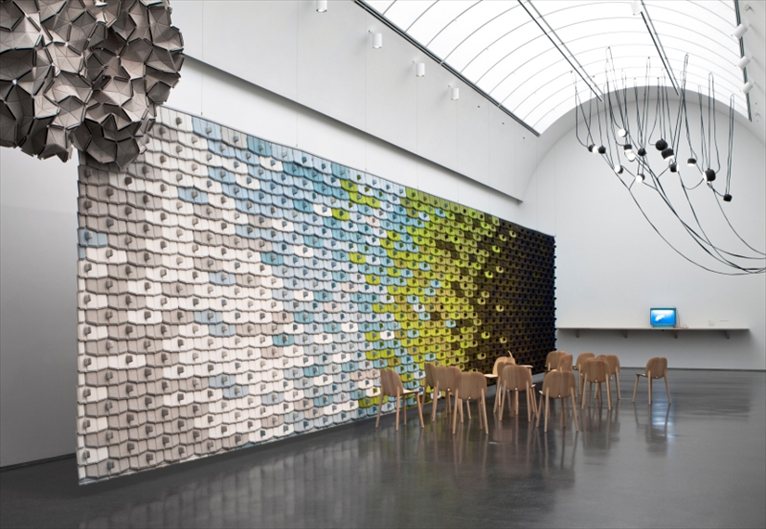 Since they began collaborating in the late 1990s, the Bouroullecs have brought a visionary energy to international contemporary design. They consider their studio to be a laboratory, continually experimenting and evolving their designs and objects. Starting out with industrial design projects, the brothers have become known for revolutionary, sleek objects and designs for the home and office, such as furniture and storage systems. 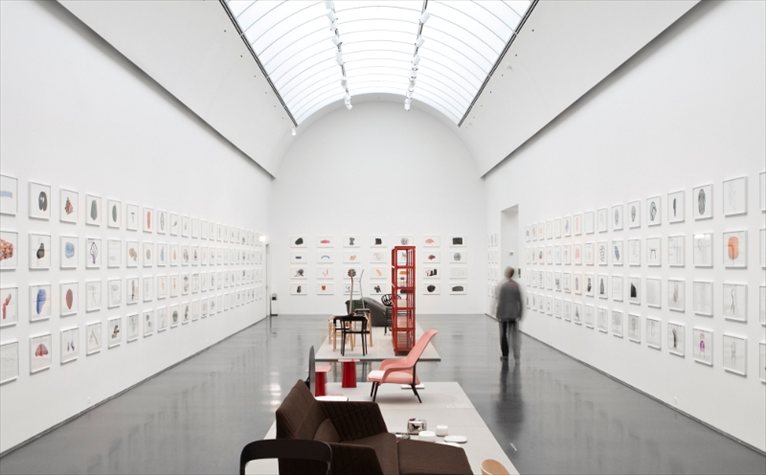 The title bivouac suggests a temporary encampment, and the design of the gallery spaces offers rich and immersive experiences created and shaped by the Bouroullecs’ work. There are dynamic viewing opportunities of their strikingly beautiful objects that include everyday objects such as chairs, sofas, lamps, and tableware, and more hybrid forms. 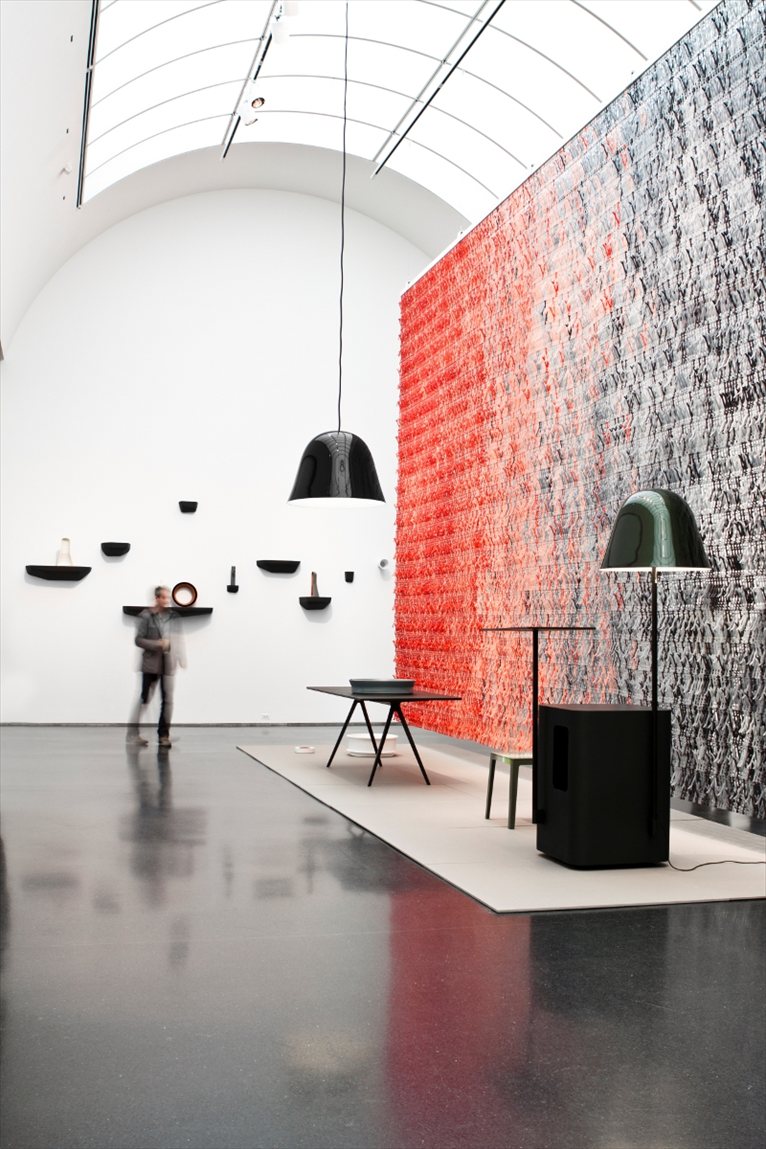 The immense diversity of their creations are highlighted, allowing visitors to move between prototypes and finished objects, and mass-produced and hand-crafted works.  The exhibition also addresses key concepts in the Bouroullecs' research: objects which are modular, organic, ephemeral, nomadic, and flexible. 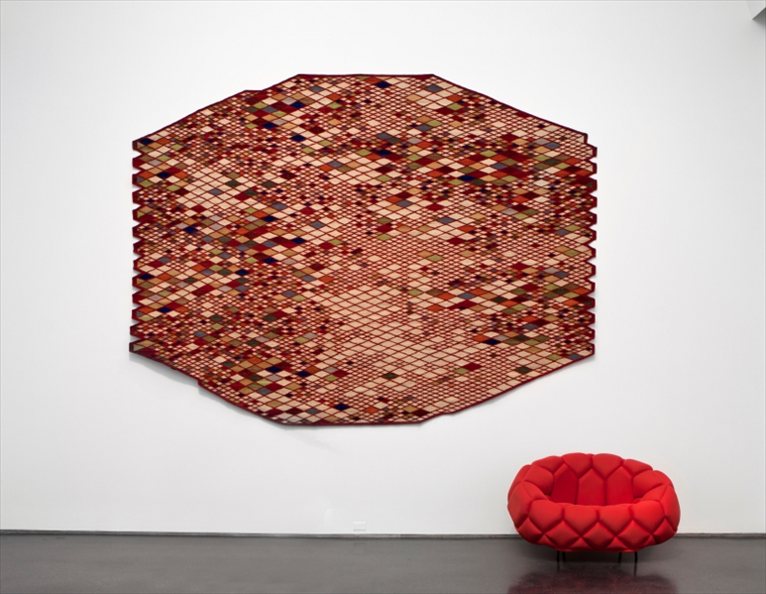 This exhibition is energized by these products, some of which fall into a category the brothers call “microarchitecture,” which are items larger than furniture but smaller than architecture. Examples of these include their award-winning Algues, molded plastic branches that can be snapped together to make translucent and organic screens; and the pressed-felt Clouds which can be slotted together to make faceted, multi-colored walls or enclosures. 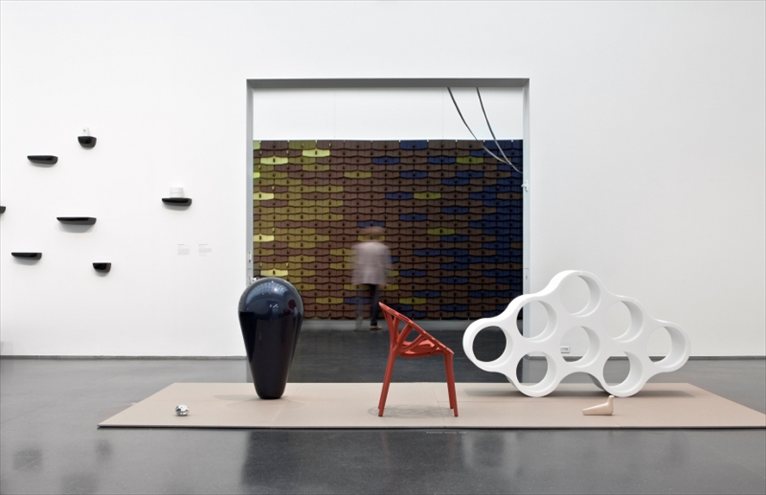 In line with their focus on flexibility, as well as their desire to defy conventional architectural logic, the Bouroullecs encourage users to organize their space however they like. Their designs are meant to bring versatility into the home. 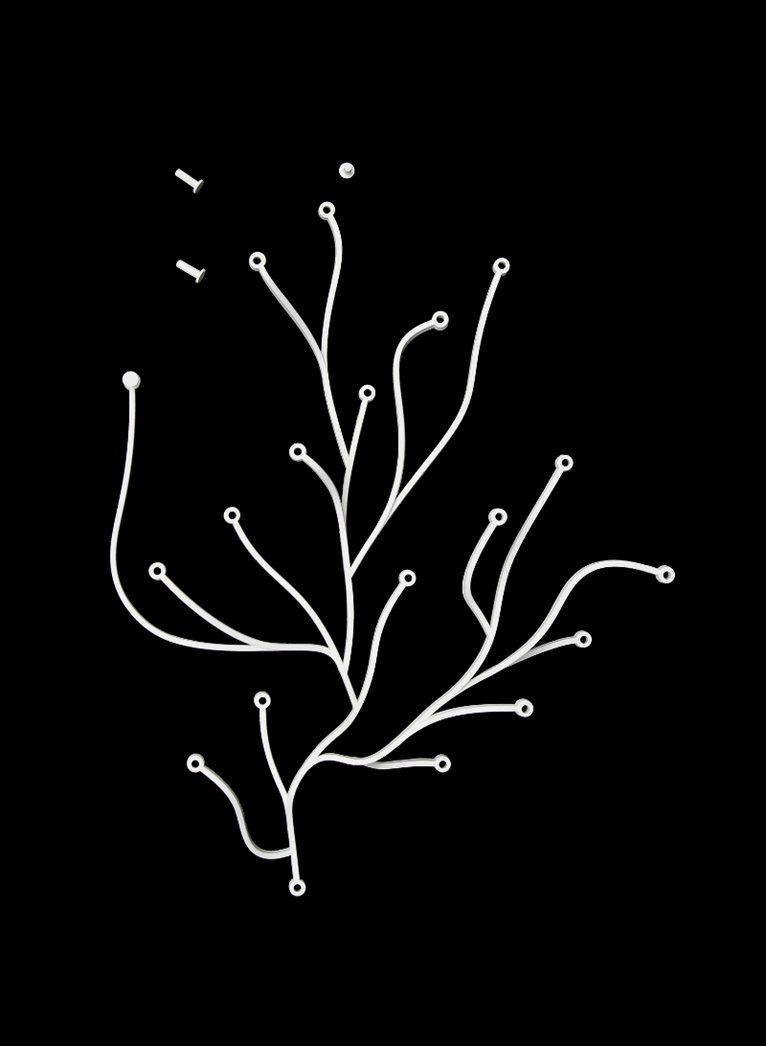 Algues is a system that allows the user to freely build partitioning that can be more or less dense and can filter light, insulate, or loosely structure space by assembling a module. The elemental piece of this module, a sort of biomorphic pixel, is manufactured in a plastic injection mould from which identical pieces can be reproduced on a large scale. The Algues proliferate quasi-organically, addressing architecture with modular precision and nature-inspired complexity. 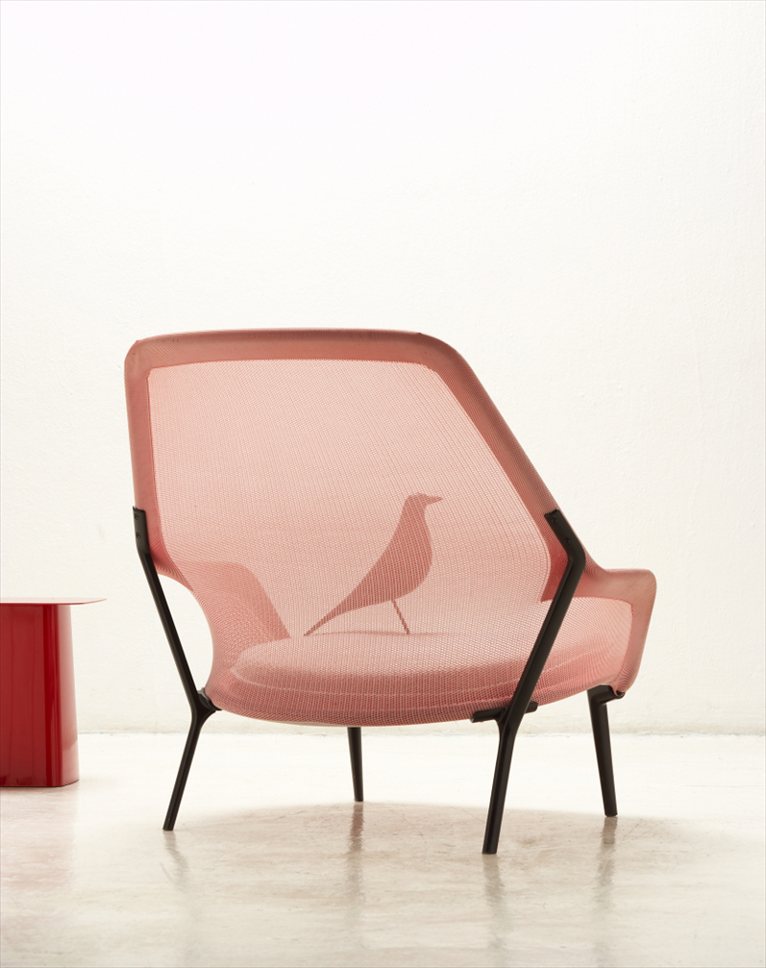 Slow Chair  The properties of knitted textiles inspired the design of the Slow Chair. The designers felt that a knitted fabric could offer sufficient support while subtly adapting to the contours of the body and allowing breathability. The seat and back form one knitted piece, stretched over a tubular frame, with feet attachments that provide the chair’s rigidity. Here, the form, material, and function are all interrelated, and push forward a seating type made famous in the 1960s by Charles and Ray Eames, Erro Saarinen, and Hans Wegner, among others. 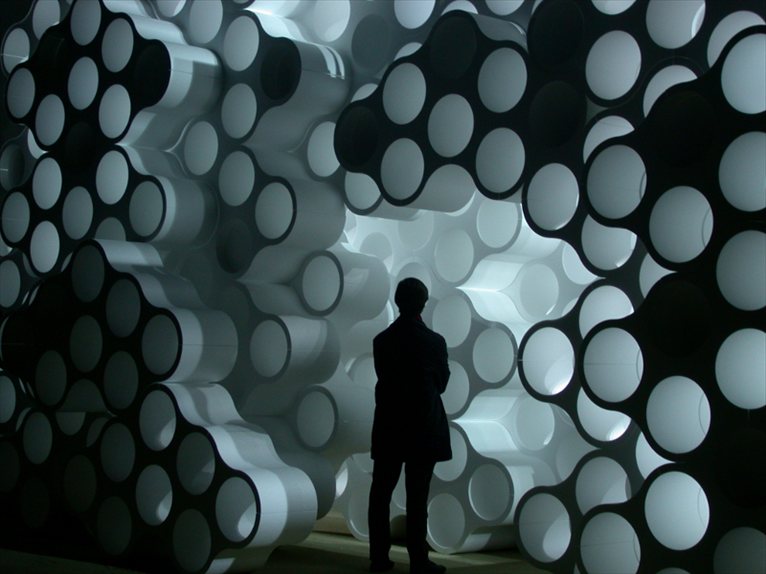 Nuages  The polystyrene Nuages, designed to create temporary configurations, are reminiscent of a construction set. They interlock organically like “a growing plant, persistently reproducing its articulating nodes.” The work is easy to assemble, without the need for a set plan or particular skills. Nuages make it possible to intuitively and dynamically partition a space, guided simply by one’s imagination. 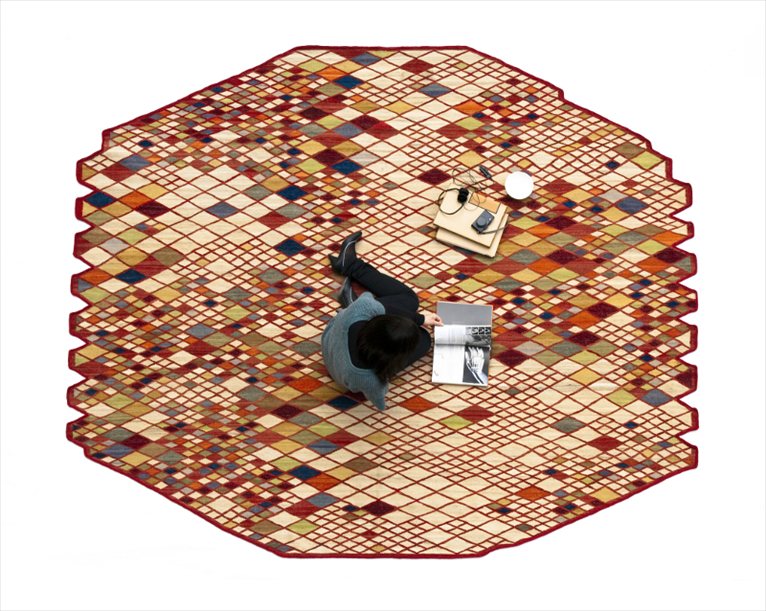 Losanges  was an opportunity to use the crafting techniques of the traditional Persian rug, called a kilim, which has always fascinated the Bouroullecs. This four-piece collection was produced by carpet weavers from northern Pakistan who spin, dye, and weave the wool by hand, bringing out the carpet’s unique colors. Thirteen colors are combined within the geometrical rhombus shape of the rug. 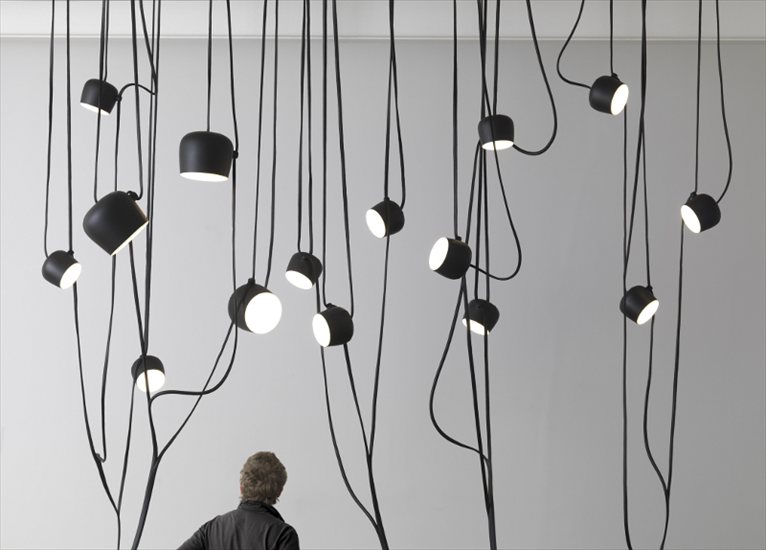 The Lianes are and more experimental object -- interconnected lamps that unify all of the elements, from the cables to the fixation points to the actual lit shell. Lianes lamps are completely sheathed in leather, using its natural material and an unusual shape to conceal the technical aspects while exuding a softness and luxury not typically associated with lighting products. The sewing technique and the extensive length of cable offers users a greater degree of freedom in their adjustment and composition, allowing users to transform a room. 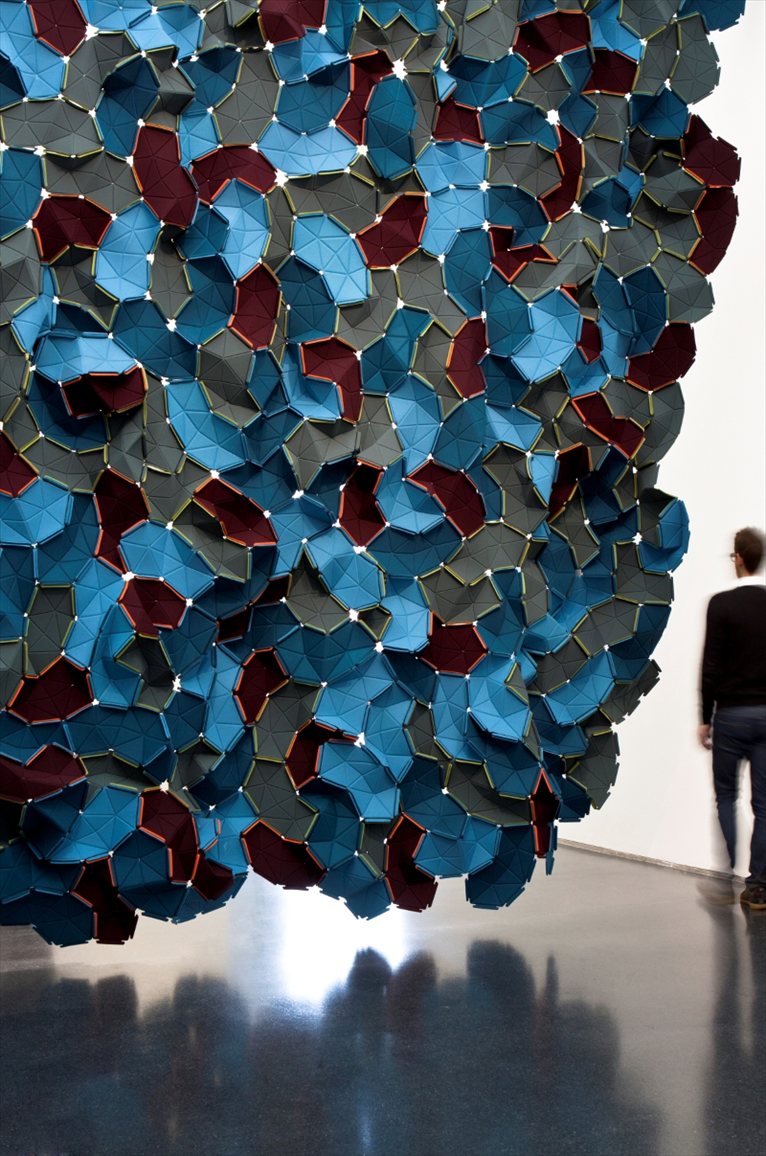 Clouds are a fabric-based modular system. The foam and cloth petals can be combined with elastic bands to build three-dimensional volumes that can be suspended in a room or hung on the wall. Similar to a living organism, Clouds create surfaces that are both regular and chaotic, able to evolve into an infinite number of possibilities. 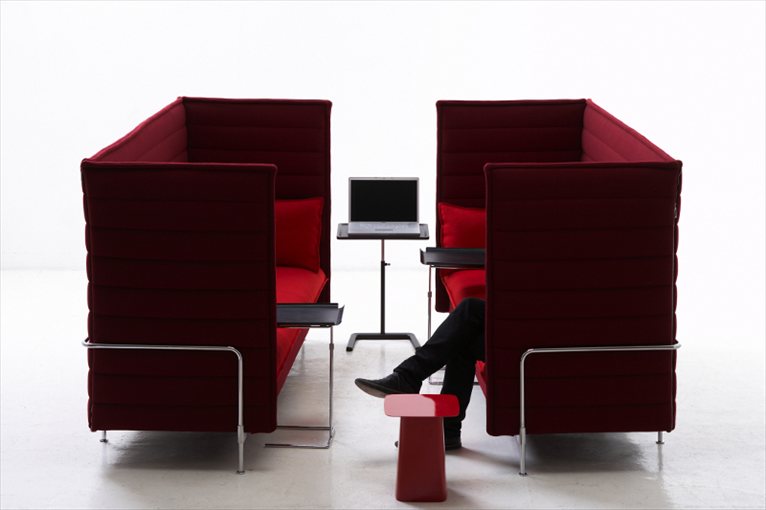 The Alcove Collection of furniture features an unusually high backrest, allowing the user to physically and psychologically withdraw from the surrounding activity. The comfortable contours of these sofas introduce new ways to occupy a room and represent a quiet and calm place to relax or enjoy a private conversation. They are especially useful in communal environments such as work spaces, and can be seen as an outgrowth of the brothers’ ideas about “microarchitecture.” 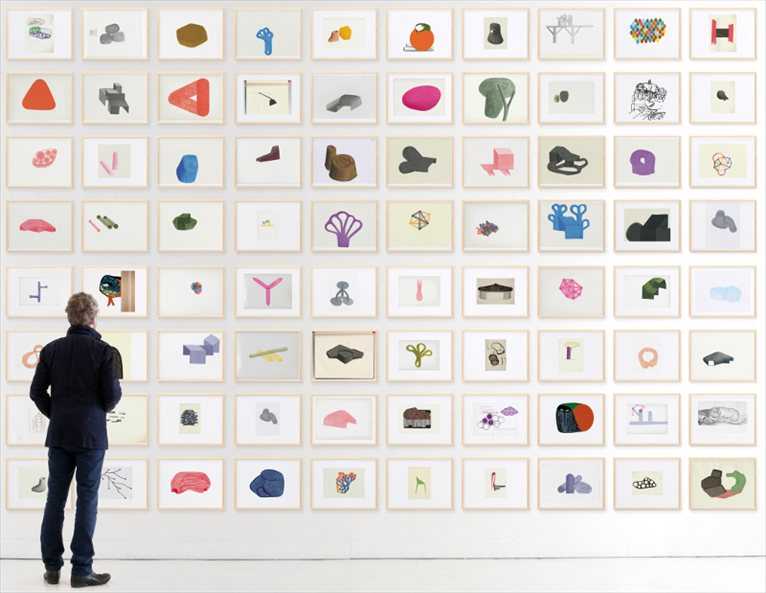 Raised in Brittany, Ronan Bouroullec (born 1971), a graduate of the École Nationale Supérieure des Arts Décoratifs in Paris, and

Erwan Bouroullec (born 1976), a graduate of the École Nationale Supérieure d’Arts in Cergy-Pontoise, began working together in 1997. They have worked with the largest and most influential manufacturers in the field: Vitra, Magis, Alessi, Established & Sons, Axor Hansgrohe, Kartell, Kvadrat, Cappellini, Camper and Ligne Roset. Ronan and Erwan Bouroullec are also involved in more experimental design with Galerie Kreo, and occasionally work on architectural projects. 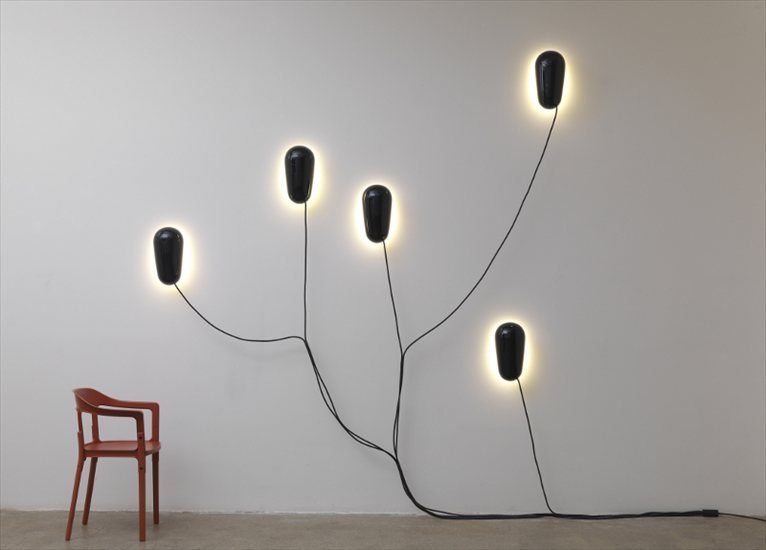 Named Designers of the Year at the 2002 Paris Furniture Show and the 2011 Maison & Objet show, their awards include the City of Paris Grand Prix du Design (1998), the New Designer Award at the New York International Contemporary Furniture Fair (1999) and the Copenhagen Finn Juhl Prize (2008). Their work has been shown in a number of solo shows, including at London's Design Museum (2002), the Los Angeles Museum of Contemporary Art (2004), Rotterdam's Museum Boijmans van Beuningen (2004), Musée de la Piscine in Roubaix (2004), Villa Noailles in Hyères (2008) and Le Grand Hornu, Belgium (2009). They were also awarded this year’s commission to design a contemporary addition to the Gabriel staircase at Château de Versailles. 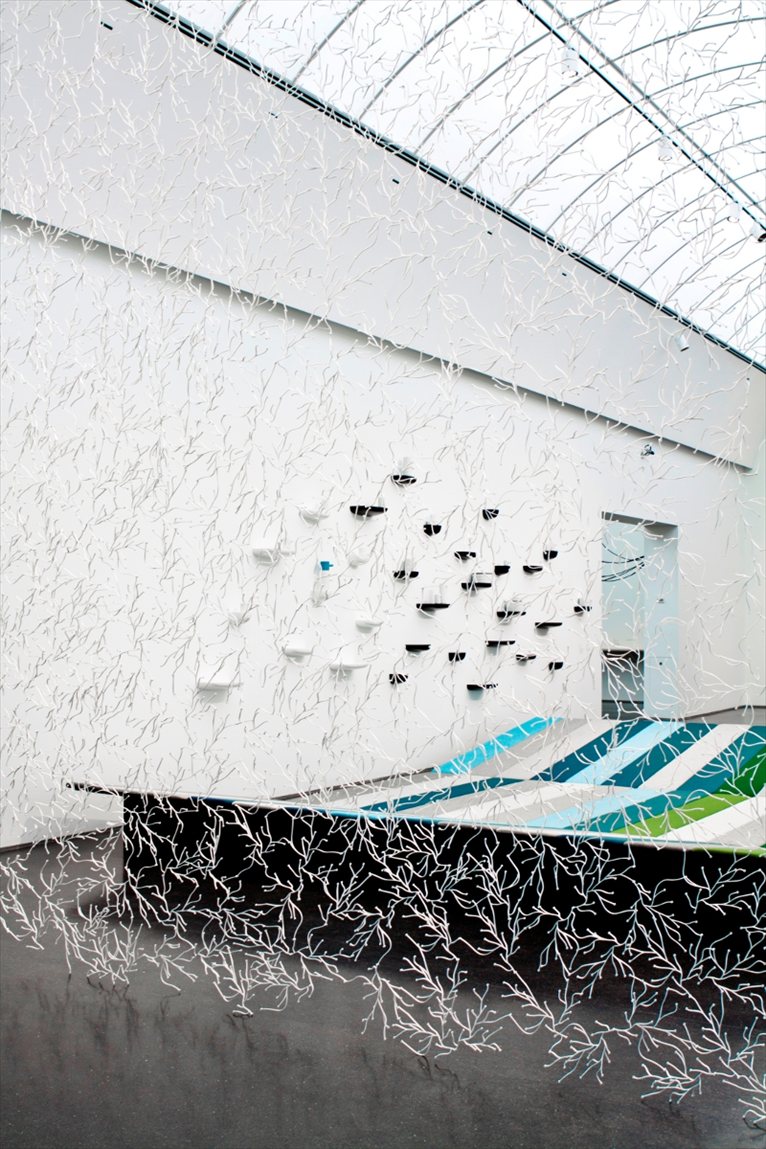 Their work is in the collections of the Centre Pompidou - Musée National d'Art Moderne and the Musée des Arts Décoratifs in Paris, the Museum of Modern Art in New York, the Art Institute of Chicago, the Design Museum, London, and the Museum Boijmans van Beuningen in Rotterdam.