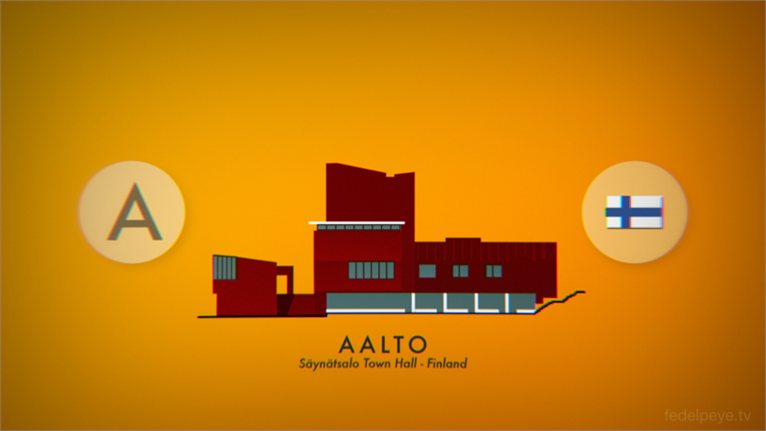 The ABC of modern architects is a personal project conceived by Andrea Stinga, architect with experience in renders and video (Ombù architecture), and  Federico González, graphic designer specialising in motion graphics (Fedelpeye). 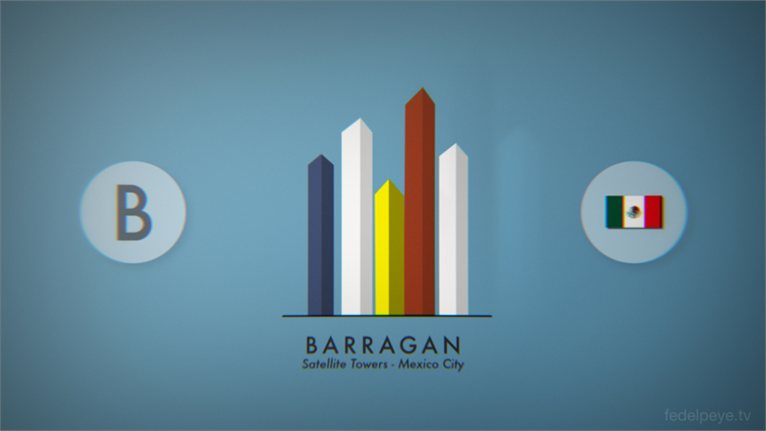 "These two disciplines are our passion and we wanted to create a project that combined the two in a short, simple and fun piece which would not only interest architects and designers, but the general public too, regardless of language, nationality or age. 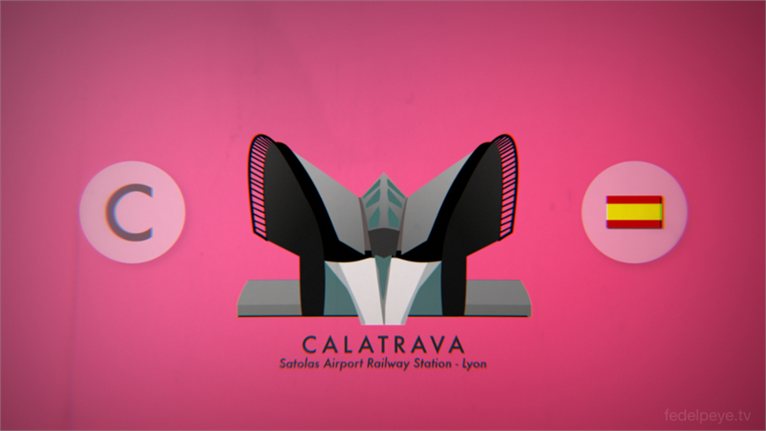 Our initial and main motivation was that it had to be visual, a simplification of the most interesting iconic buildings. The first problem we encountered was that the list was too long and so we had to find a system for narrowing it down. This is how we came up with the idea of creating an alphabet and thus limiting our selection to 26 architects and their respective buildings and achieving in this way the initial simplicity and brevity we had hoped for. 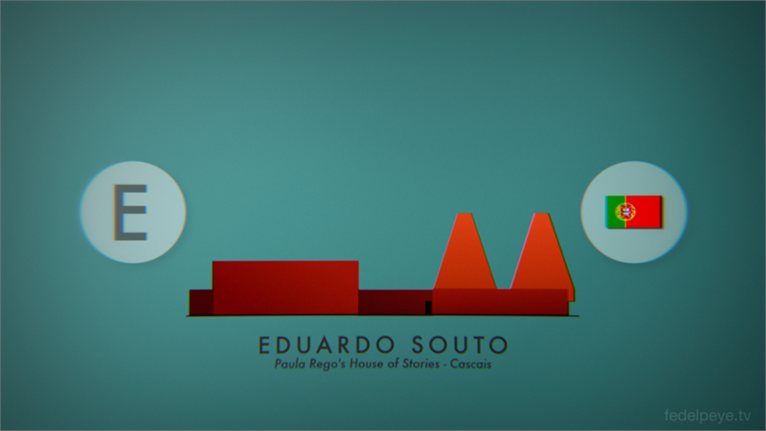 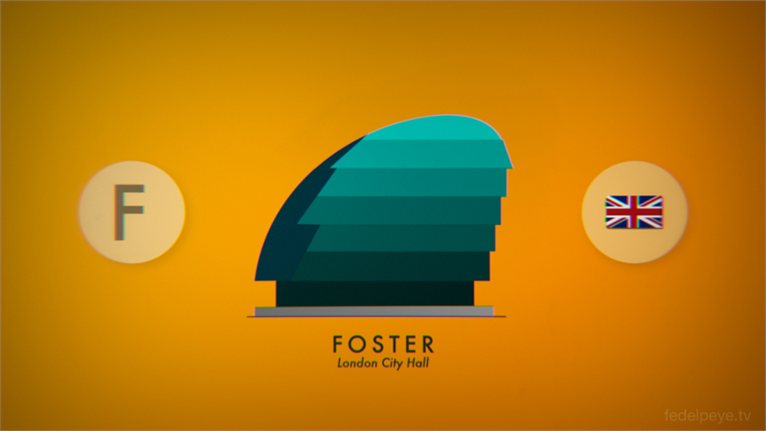 The second problem arouse when two architects had the same initials like Gehry and Gaudi, for example. It took us a while to decide who would be chosen out of the two, especially since Gaudí represents Barcelona where we currently reside. Finally, however, we chose Gehry for his iconic Guggenheim building in Bilbao, which we feel is much more easily recognised around the world. 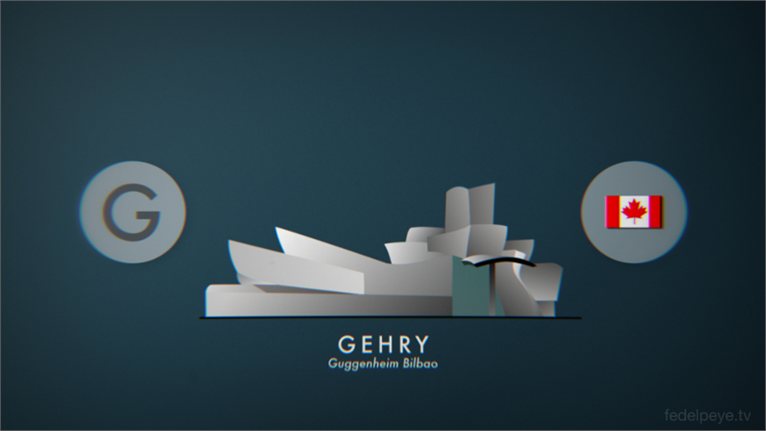 This decision, as well as many others, was mulled over for a long time, especially since we knew that it would be controversial either way, but we wanted to continue with the idea of creating an animation for all audiences. Maybe if Gaudí had had a surname beginning with Q he would have made it into the final 26. Another difficult decision was choosing between Peter Zumthor or Zaha Hadid, both Pritzer prize-winners. In the end we chose the Iraqui architect, because we felt there should be some female representation. 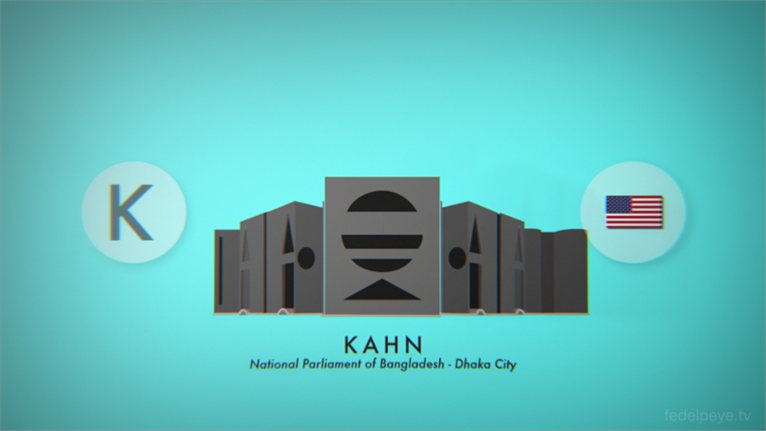 During our search we also made some wonderful and unexpected discoveries like the Greek architect, engineer and composer Iannis Xenakis, who designed the Philips pavilion, which was inspired by the sheet music of one of his musical compositions. Interestingly, he was also Le Corbusier’s engineer. 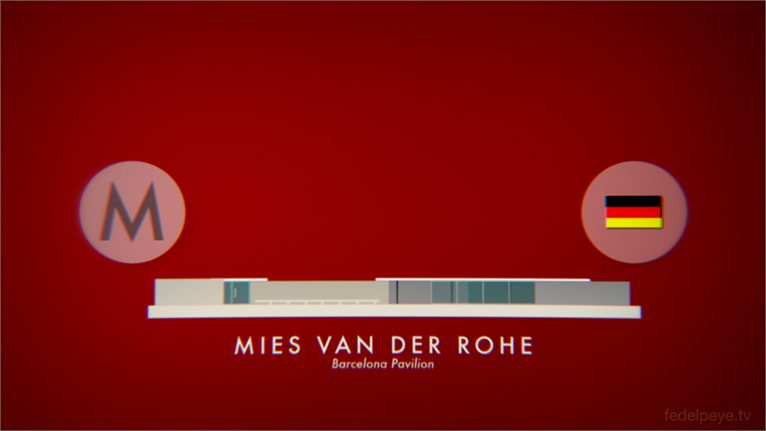 Once we posted the video on the Internet we didn’t expect the impact it would have, within days it was spread across the globe thanks to social networks. We received lots of praise as well as some criticism particularly related to the final list and even about political stuff. 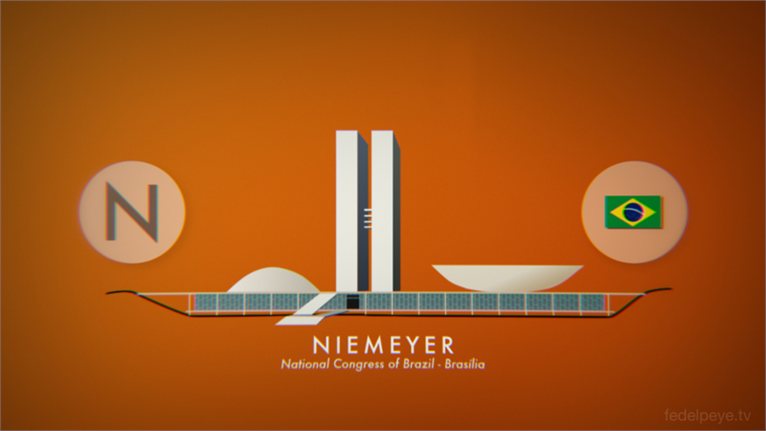 Some of the comments were particularly articulate, especially the one that rightly said that most people could name famous artists and footballers, but not architects, those who have built and improved our cities and made our homes more practical. 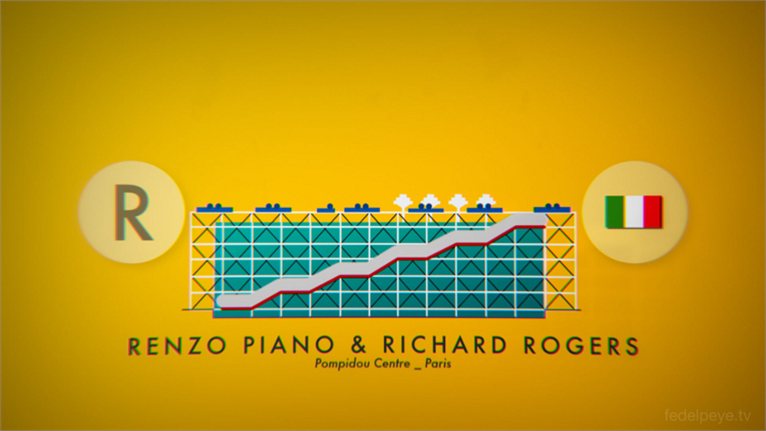 That comment made us realise that by combining our two professions we were able to COMMUNICATE and particularly FAMILIARISE THE GENERAL PUBLIC with the basic principles of modern architecture. That’s why our next project (currently in progress) aims to explain the 5 main points in Le Corbusier’s architecture". 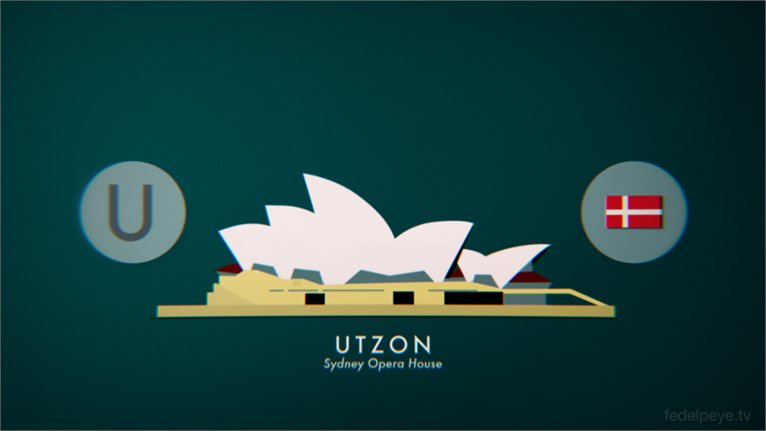 Watch the video on vimeo