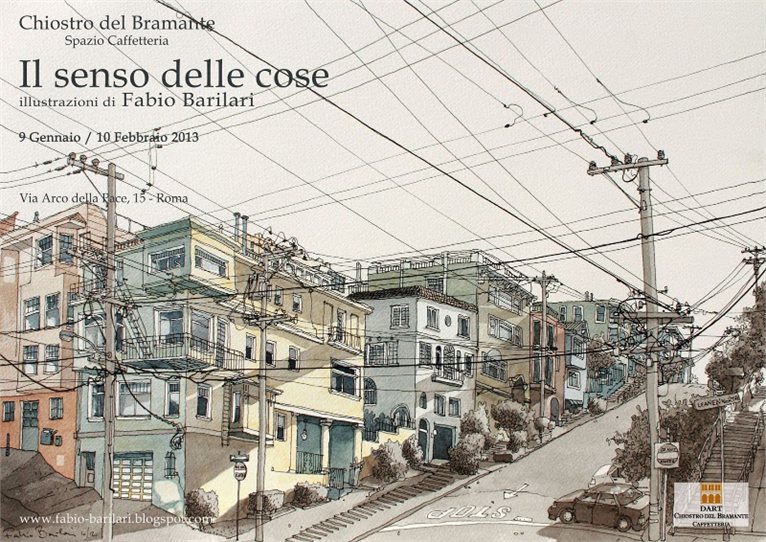 10/01/2013 - Architecture, streets, squares, designed objects, spontaneous objects, details; all those things which define the character and personality of a place and shape the mood of people passing by, even briefly. Falling in love with a place is like falling in love with a person, it happens in the same way and can take the same time: it's irrational, intimate and intangible. The word "sense", used in the title, stands for "meaning" but also as "the ability to perceive" and therefore to "be alive".

Il Senso delle Cose (The Sense of Things) is therefore a way to describe with illustrations, the soul of places, of locations, the objects found there and the memories cherished; it's a a photograph of what the Latin people called genius loci. It's that "oral and immaterial heritage of humanity" which Unesco recognises and protects, in intense places like Jāmaa el-Fnā in Marrakesh. For this reason, every place is lived and then described with a specific technique and narrative style, leaving each new chapter/destination as an open structure, on both the graphic and narrative planes. The project, presented here at the Chiostro, includes stories about 20 places in 5 continents. The places/locations described are Naples, San Francisco, Chicago, Essaouira; and Rome, naturally.

The exhibition will be running until February 10, every day from 10 am to 8 pm.
Free admission