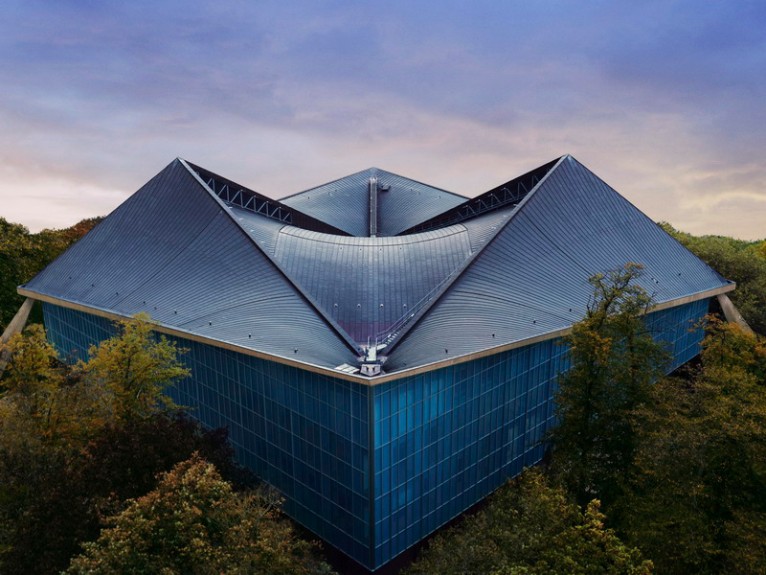 On 24 November 2016, the Design Museum opens in its new home on Kensington High Street, west London.

Housed in a landmark grade II* listed modernist building from the 1960s that has been sensitively retuned by John Pawson, the project is the culmination of a five-year construction process. The museum has now tripled to 10,000sqm from its previous premise in Shad Thames, south-east London. Following an investment of £83m, the structure has been transformed for its future role as the world’s leading institution dedicated to contemporary design and architecture. 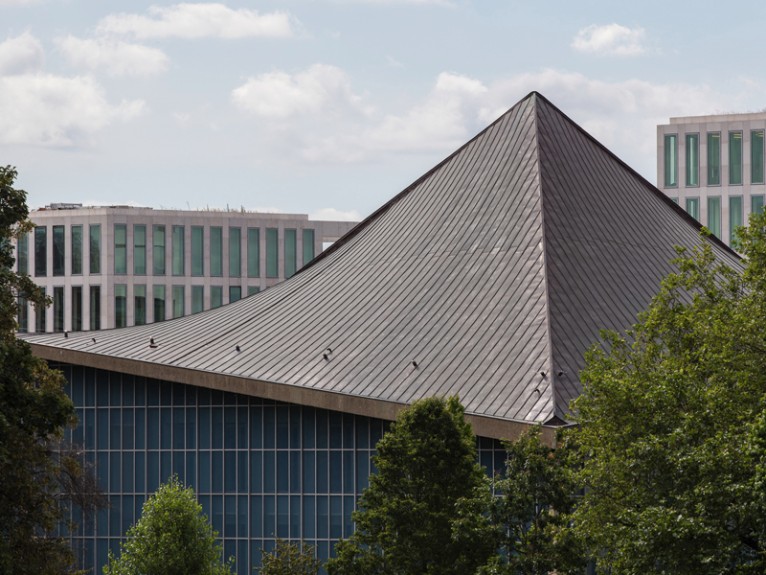 Remodeling the interior, John Pawson has created a series of calm, atmospheric spaces ordered around an oak-lined atrium, incorporating key elements from the original structure. 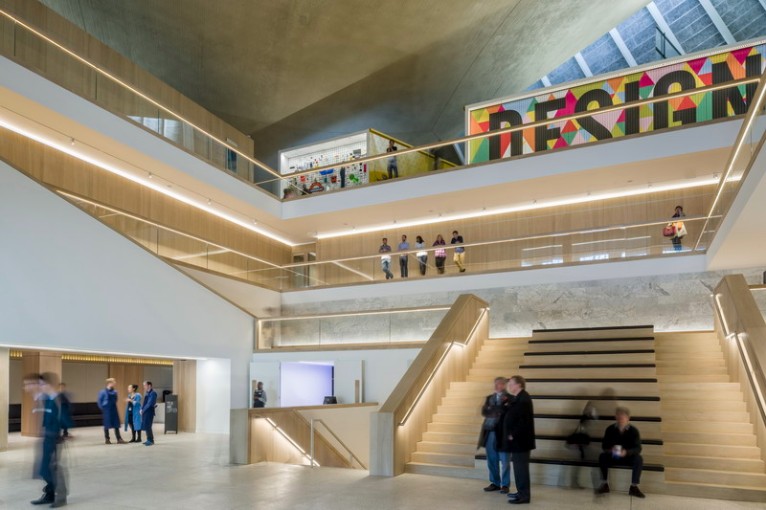 The project has seen some of the world’s leading designers, manufacturers and patrons come together to create a new global hub for contemporary design.

With architectural and structural expertise from OMA, Allies and Morrison and Arup, a permanent collection display designed by Studio Myerscough, a restaurant and members’ room by Universal Design Studio, a Centre for Learning, the new Design Museum is an outstanding example of interdisciplinary collaboration.

Founded by Sir Terence Conran, the Design Museum opened in 1989 in a former banana ripening warehouse on Shad Thames, following its successful original incarnation opening in 1983 as the Boilerhouse Project, in the basement of the V&A. Remaining at Shad Thames until 30 June 2016, the Design Museum mounted a host of critically acclaimed exhibitions, including shows dedicated to the work of Lord Richard Rogers, Thomas Heatherwick, Dame Zaha Hadid, Dieter Rams, Ettore Sottsass, Sir Paul Smith, Christian Louboutin and Sir Kenneth Grange.

Starting on site in 2012, the complex renovation of the museum saw OMA led by Reinier de Graaf, Allies and Morrison, Arup and John Pawson work together to bring this landmark of post-war British architecture back into use.

Using radical engineering techniques, the original concrete floors were removed – a process that entailed propping the roof on a temporary steel structure 20 metres above the ground.

The original façade has been replaced with a double glazed skin, significantly improving insulation standards and allowing daylight into the interior. The new exterior has been meticulously detailed to resemble the original blue skin of the building, with matching mullions and a fritted pattern of printed dots. 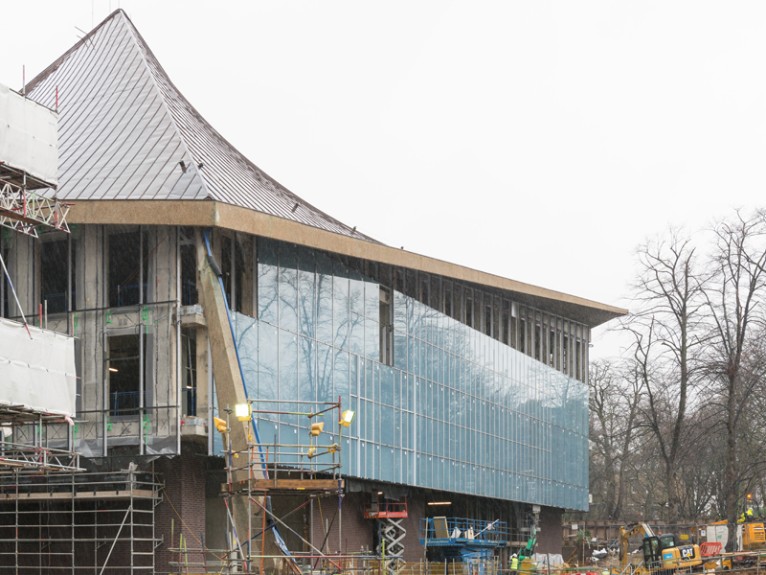 A new public plaza complete with fountains has been installed at the entrance to the museum, within a landscape designed by West 8 urban design & landscape architecture.

Inside the museum, visitors find themselves in a central atrium with striking views up to the iconic hyperbolic paraboloid roof. 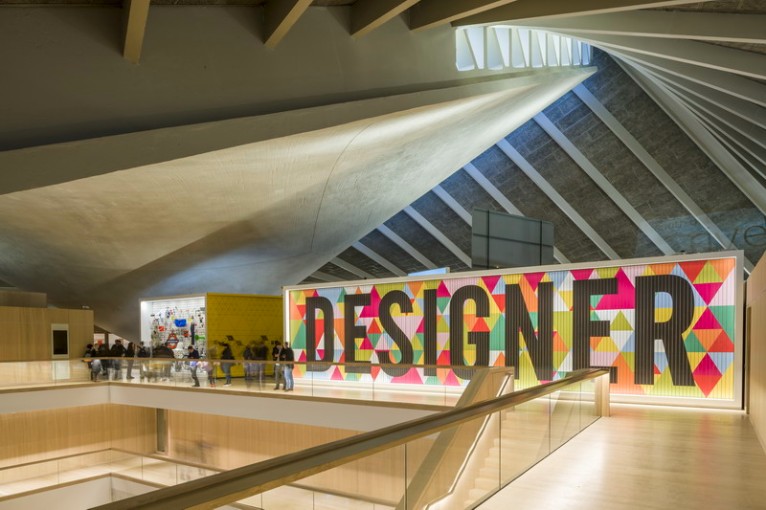 The stunning concrete roof spans the length of the building, rising on the two opposing corners to create a manta ray-like structure above. Galleries, learning spaces, café, events space and a shop are arranged like an opencast mine around the main atrium, allowing visitors to navigate the space with ease and to discover everything the building has to offer by simply walking up its oak staircases. 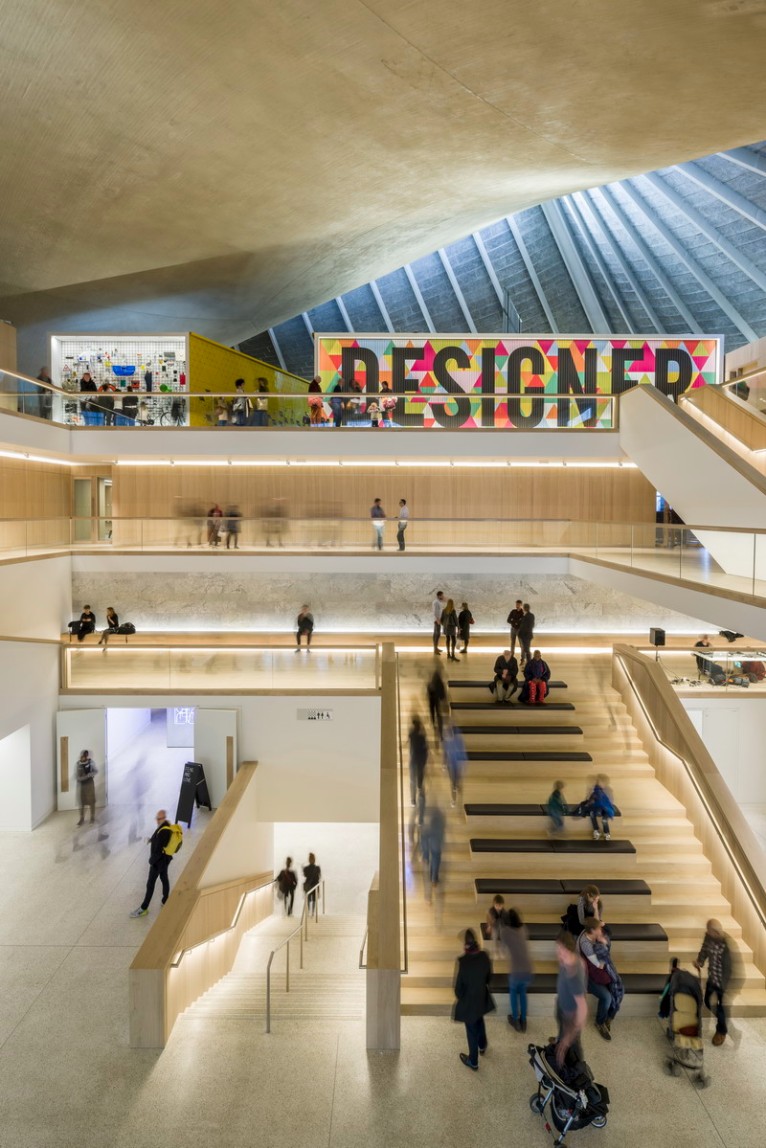 The oak staircases form the circulatory heart of Pawson's design. Strip LEDs line the handrails and banisters, adding theatre to the experience of moving round the building, as visitors follow the light towards the top floor and the soaring underside of the roof. Bench-style leather seating across a section of the main staircase provides a comfortable place for visitors to pause and take in their surroundings.

John Pawson commented: ‘There are ‘moments’ in the building that I relish every time I walk around, but I think it is really the way everything comes together – the new and the old – that gives me the greatest pleasure. I hope the Design Museum shows people that you don’t have to tear down and start from scratch to make exciting new cultural spaces.’

The main attraction on the museum's top floor is the new permanent collection display, Designer Maker User. For the first time in the museum's history, this exhibition will be free to visit. It will display almost 1000 objects, viewed from the perspectives of designer, manufacturer and user, as well as a crowd-sourced wall. 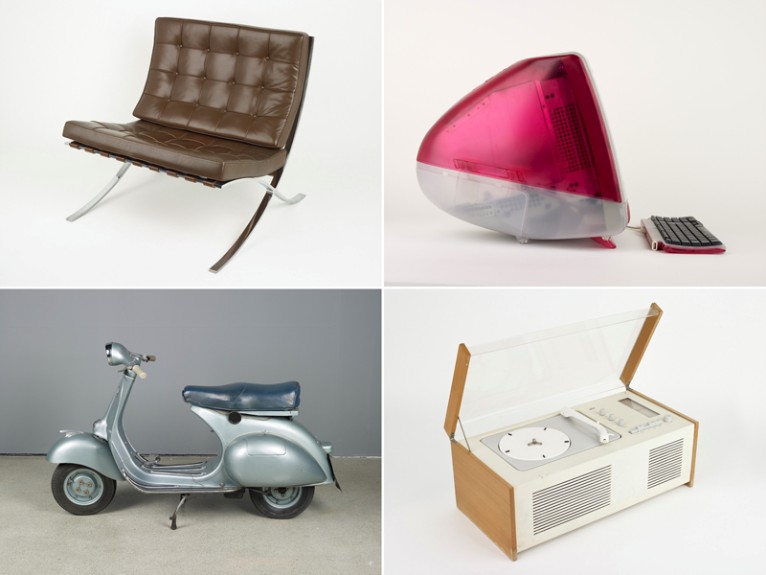 Sir Terence Conran, founder of the Design Museum said:
'I’m full of excitement as we enter the final stages of this long journey and prepare to open our magnificent new cathedral of design. It really does feel like our moment has arrived and that the importance of design to our lives is now truly appreciated. With three times the space and John Pawson's beautiful architectural work I hope we can now educate, inspire and delight future generations for years to come and truly make a difference to the world around us.'

Deyan Sudjic, director of the Design Museum added:
'This project is important not just for the museum but for the investment in the creative future that it represents. The Design Museum sees design as borderless, international in scope and a vital means of understanding the world around us.'

Expected to attract 650,000 visitors in its first year, the Design Museum combines architecture, product design, technology, graphics and fashion to investigate the form, function and meaning of the world around us.