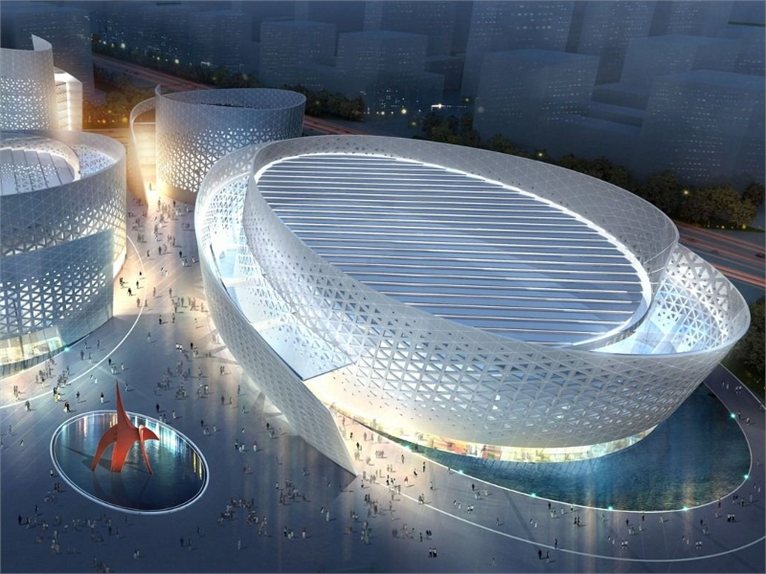 The Chengdu Tianfu Cultural And Performance Centre, a project designed by Massimiliano and Doriana Fuksas, the winners of an international competition, will be built in Chengdu, the fifth most populous city in China.

The project, with an estimated value of 150 million euro, will be completed by next summer and will include a performing arts centre with two theatres catering for a total of 1800 spectators, a 600 seater music hall, an exhibition gallery and a cultural centre with a 3000 seater auditorium.

The concept of the building comes from a circular shape containing a sun with spiral rays, the historical emblem of the city of Chengdu, whose meaning refers to a vision of the future of the community dedicated to art and culture.

Four elliptical plan volumes make up the complex occupying an area of about 110,000 square meters. The cladding chosen for the façades of the buildings consists of a continuous metallic skin, perforated in a geometric pattern to let the natural light penetrate inside.