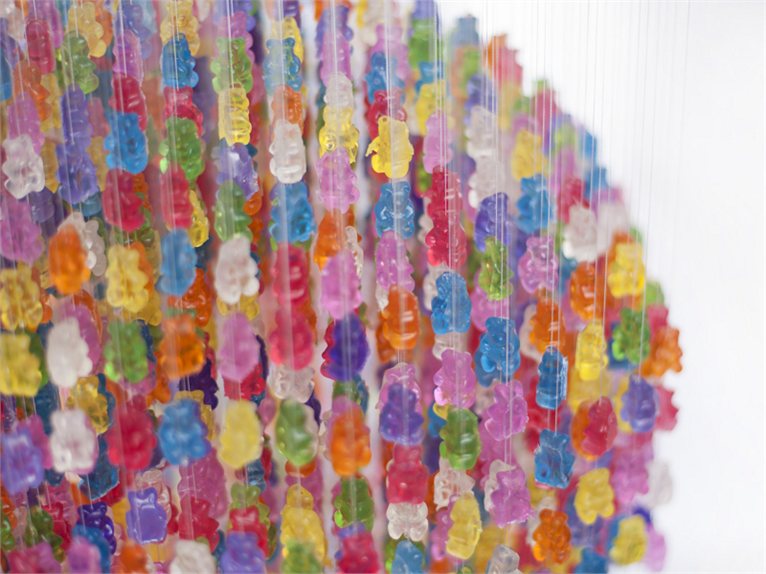 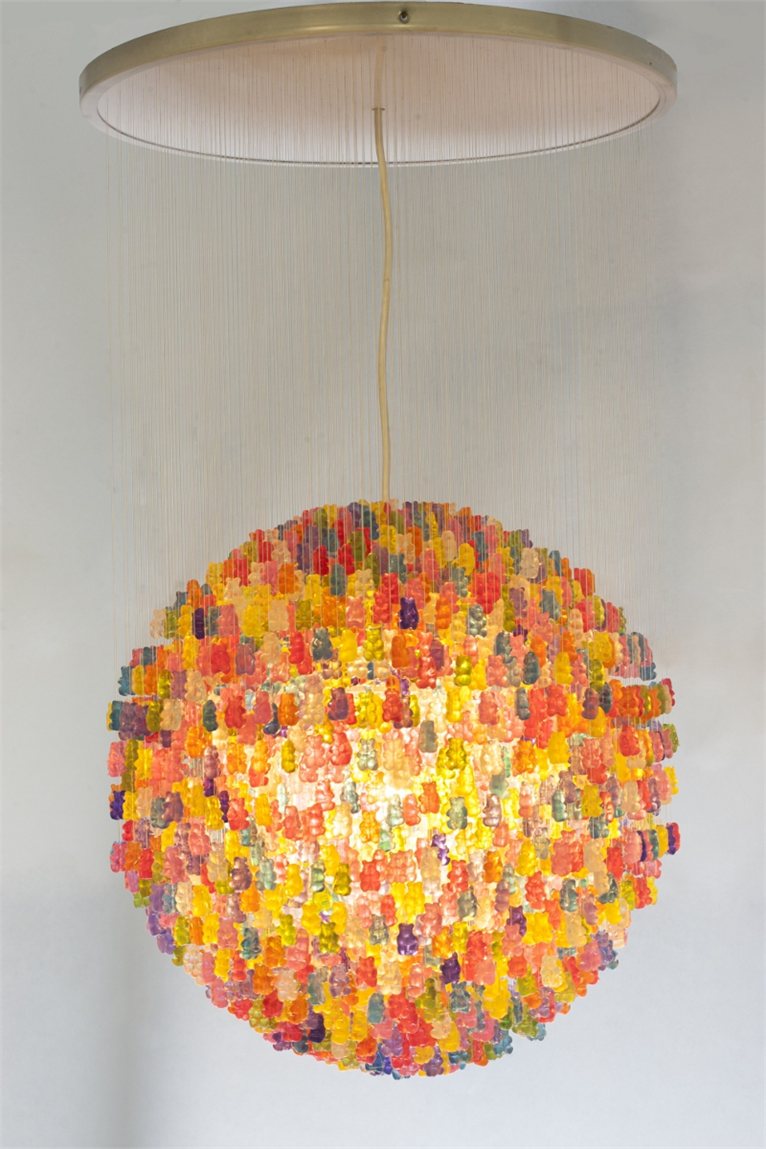 All of the bears are hand cast acrylic. Kevin Champeny sculpted the original gummibear and produced a silicone rubber mold and hand cast all of the gummibears himself in his Westchester studio. 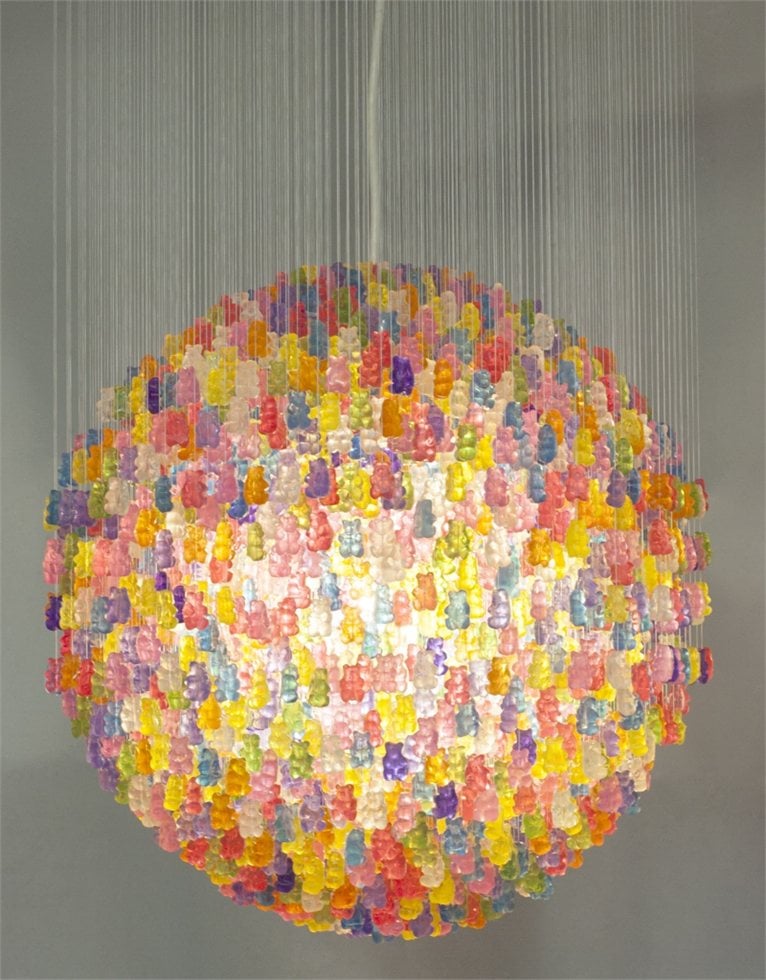 He hand string each bear on the line with a small knot and a tiny glass bead to hold it in place. Installation is by means of a ceiling pan that is bolted to the ceiling and then the lamp is attached to the pan with a ring that surrounds the white disk that the bears are suspended from. 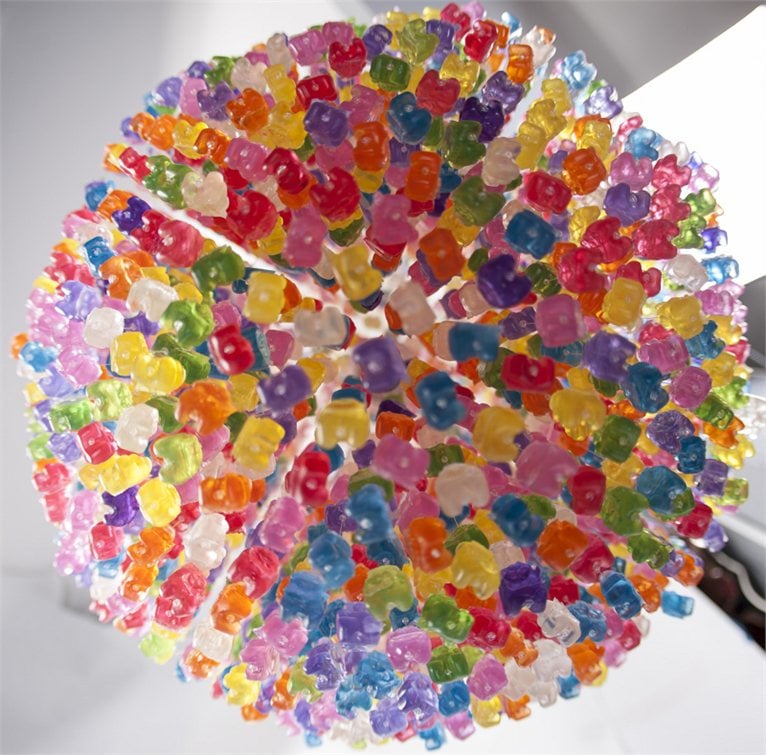 It is illuminated with a 50 watt compact florescent bulb. The smaller version takes about 3 weeks to produce, while the larger version can take up to several months. They are a labor of love. 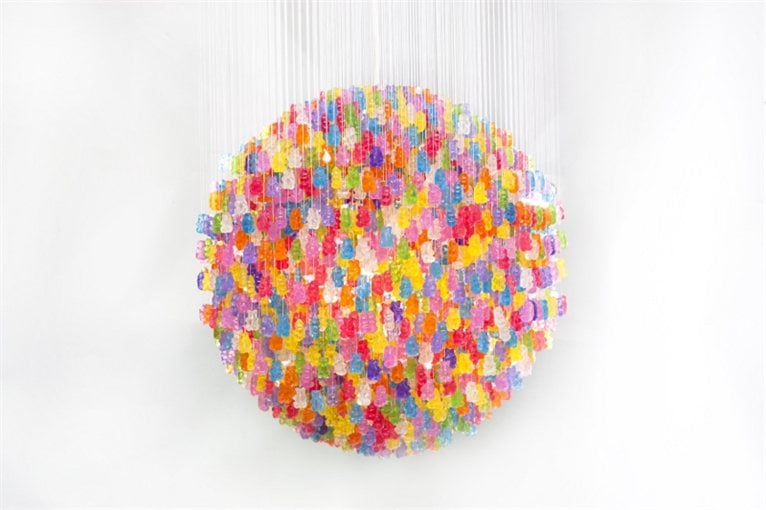 Jellio (Jellio.com) is the company Kevin Champeny make the Candeliers for and where they can be purchased. Jellio discovered Kevin Champeny about 6 years ago when he was building their "Turbo" (wall art piece inspired by Revel car model kits). He was so impressed by the whimsical nature of the company that he suggested a new product for them. Kevin offered them a design he was working on for a few years called the "GummiLight" (A soft LED lighted, 8" tall GummiBear lamp). 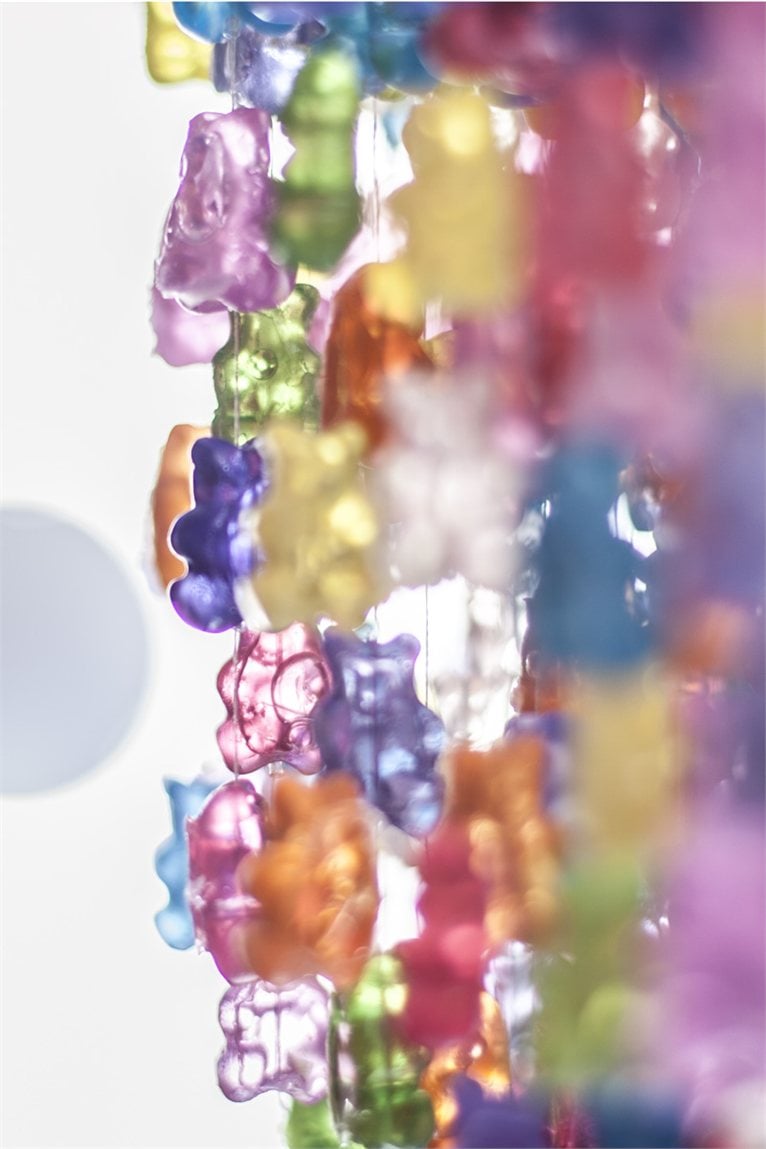 He redesigned most of their products and came up with the design for the "Candelier" about 3 years ago during a brain storming session for a local candy company. 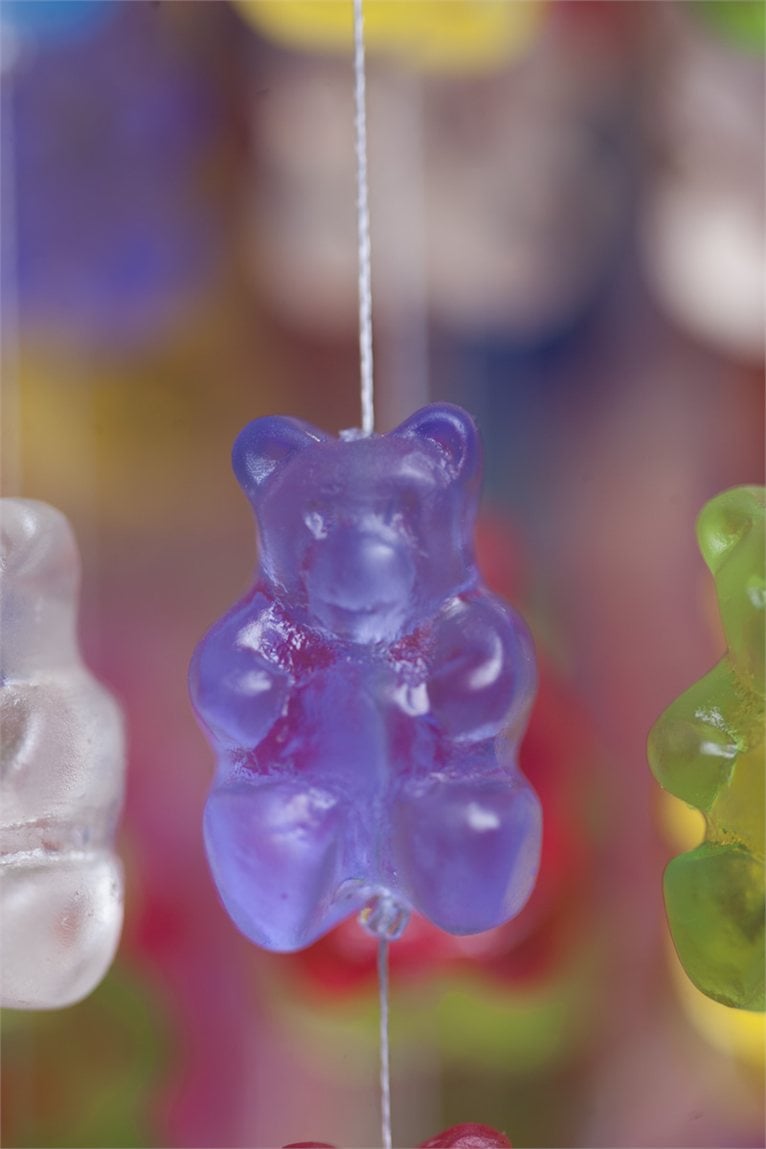 The other company turned down the idea and he decided to make it any way. Jellio put the Candelier on display in Tribeca in lower Manhattan and the producers of the Nickelodeon TV show "i-Carly" loved it so much, they purchased it and flew him into LA to install it on the set. 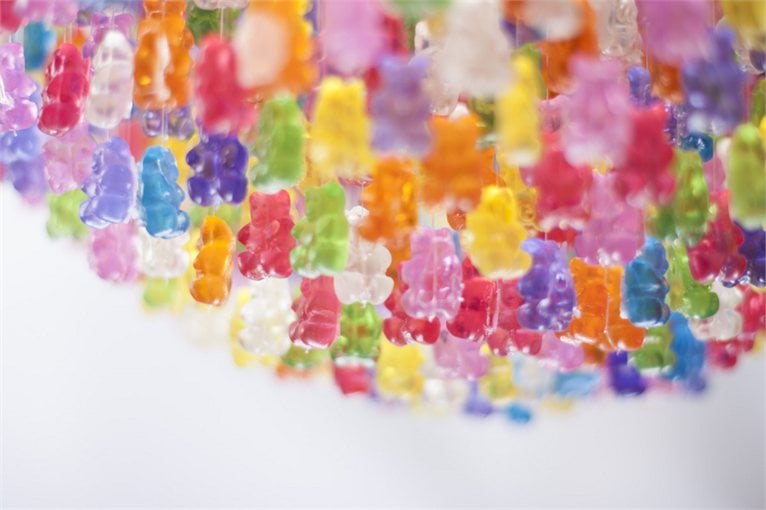 Knowing the 31" diameter version would be prohibitively expensive for the average person, he redesigned the smaller 18" version for the mass market. 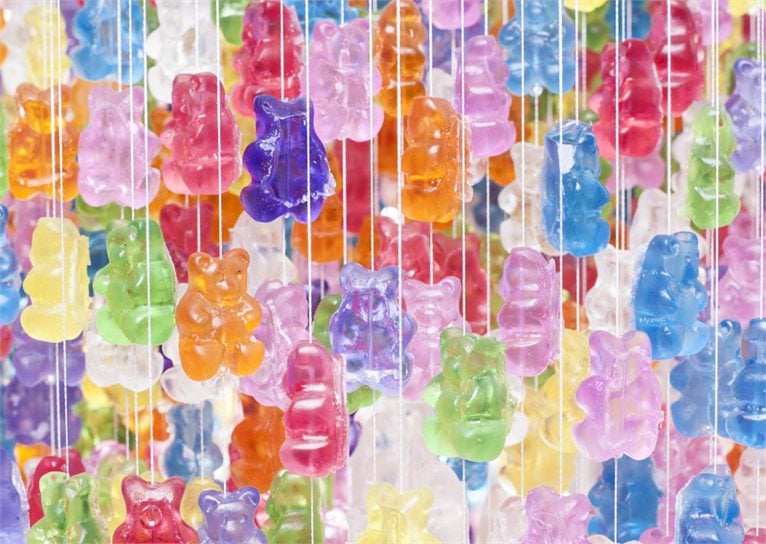