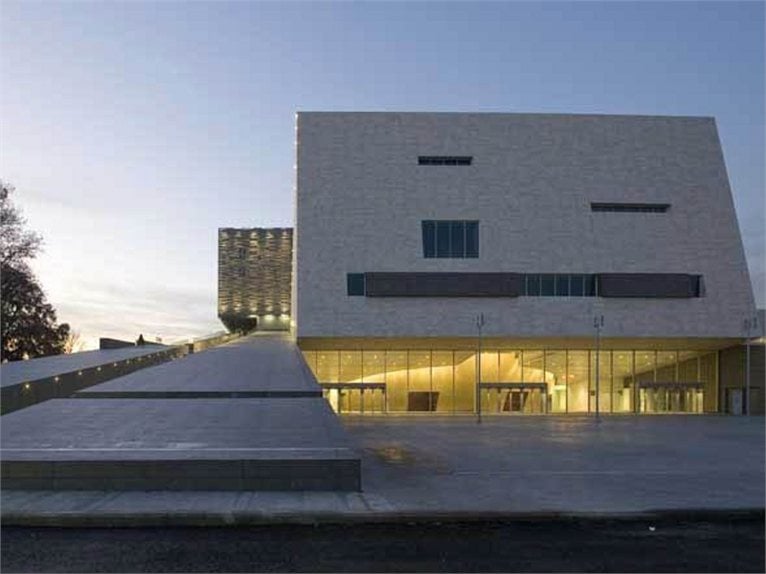 On December 19th the new planning agreement involving the Ministry for Infrastructure and Transport, the Ministry of artistic and cultural heritage and the Region and the City of Florence, for the functional completion of the most important theatrical structure in Tuscany: the New Auditorium of Florence designed by Roman architects ABDR Architetti Associati was signed.

The first part of the works of the New Opera House involved the external volumes and the hall of the Opera House with a total expenditure of around €157 million.

The current investment, however, amounts to €100 million to be divided into two lots: the first lot, immediately executive, to equip the new Opera House with scenic design works and a second for the completion of rehearsal rooms, dressing rooms, offices, dining areas and some plants.

ABDR's intervention, on an urban scale, has been designed to increase the amount of public space and create an effective reconnection between the city and the Cascine Park. This ambitious goal is pursued by implementing an extensive system of open and walkable areas, which joins the new volumes of the two auditoriums and the open air auditorium at various heights, connected to one another.

The artificial stage system created by the walkable roofs of the building is connected to the natural one of the Cascine park through an inclined pedestrian level that crosses the Macinante ditch to the south west. All of the spaces and places specifically dedicated to music describe a place of great urban and landscape value, a system of purely “Tuscan” terraces and open spaces, intended to link up on the urban, architectural and visual plane with the immediate built-up surroundings and the entire city of Florence.

In terms of the local context, the new project is designed to achieve a broad cultural complex on a European level, called “Parco della Musica e della cultura”, where the imposing volumes of the auditorium and the connected services are located along with the important pre-existing areas (Leopolda) to establish a new urban centre devoted to cultural and musical activities.

On an architectural scale, the project is designed to ensure the best facilities of a major musical centre, by offering performance of extreme relevance and absolute excellence in terms of opera music, concerts, chamber and rock music, in a multifunctional and flexible complex in terms of its great potential.

The design principle is inspired by architectural clarity: a sort of broad base, a sloping plinth where there are two large music halls and the enigmatic volume of the stage tower. A project that has an impressive massiveness, tempered by the existence of a dense network of internal and external routes, consisting of ramps, terraces and enclosed spaces whose dimensions are man sized and make the project conform to the architectural scale.

All the interior spaces for the public are served by the large foyer which can be accessed through the space below the large urban cantilever or, coming from the Cascine Park, through the window below the inclined volume of the large room.