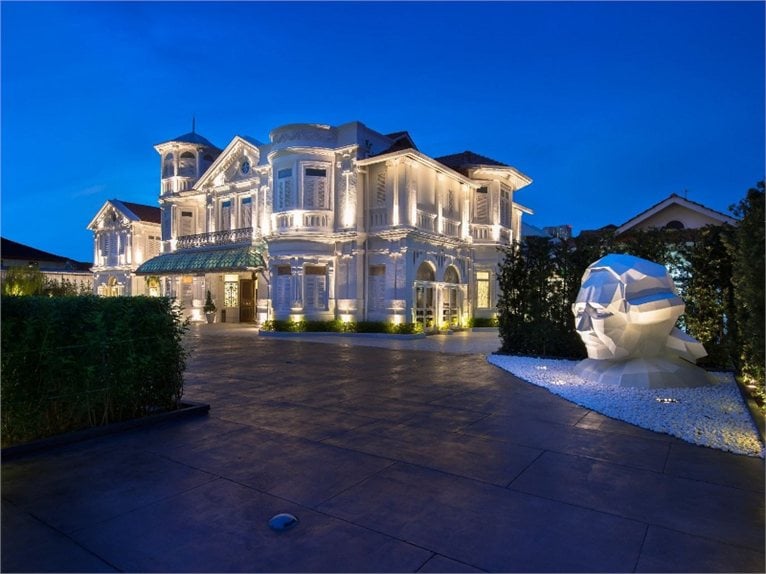 Macalister Mansion, a member of the design hotels, is the refined restoration and enhancement project by architects MINISTRY OF DESIGN around an old English colonial mansion in Penang, Malaysia.

Situated along the historical road of the same name, Macalister Mansion is proposed as an eccentric and sophisticated destination in which to enjoy a lifestyle from bygone times. However, it is not only a romantic concession to Belle Epoque nostalgia, but a rare example of coexistence between the careful restoration of colonial architecture from the early 1900's and the communicative power of contemporary design and art.

A luxurious and exclusive boutique hotel that does not, however, relinquish its “domestic” dimension, on the contrary, it reasserts it by inviting guests to consider themselves as turn of the century travellers (a century later), who have just arrived in this corner of the empire to start up life anew. Amongst the recovery of the original elements and the many inventions, amongst the works of art and surprising installations designed on the site, the 8 suites have access to large common areas where you can savour the lifestyle of the former owners of the house with a good dose of irony.

The name of the Macalister mansion is in honour of Sir Norman Macalister, one of the first British governors of Penang, then known as one of many “Prince of Wales islands” literally scattered around the four corners of the empire. If Colonel Macalister now saw how his house had been transformed, he would really be in for a surprise.

But it would have been an even greater shock to see what was once a British shipping port, George Town in Penang, transformed into a bustling international metropolis, a UNESCO world heritage site capable of bringing together its British, Chinese, Indian and Malaysian influences. An original branch of Singapore.