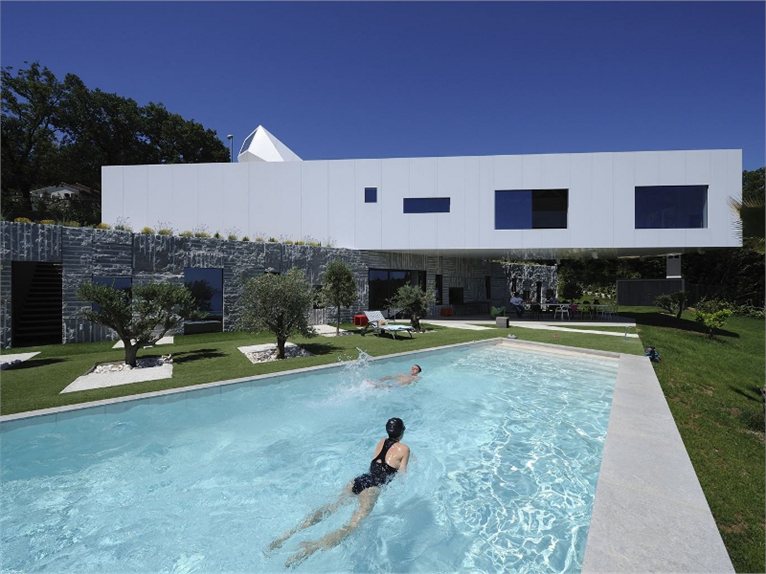 The hinterland of the Riviera of Opatija in Croatia is dotted with villas built over the last century and a half. Nothing transpires of what may be beyond the fence. All the villas overlook the sea and are all designed to make the most of the panoramic view. Croatian architect Idis Turato's Nest and Cave House also stands out.

Although typologically and morphologically faithful to the context, the villa develops its “hidden side” through the dialectic of domination over and subordination to the landscape. The house is not only structured according to the slope on which it stands, as in the case of most of the villas in Opatija. In this case, however, it actively 'builds' the landscape and it is intertwined with it establishing the level of the ground (horizontal) and placing an 'object' on it.

The house consists of two elements: a concrete 'bunker' that houses the sleeping area above which there is a steel volume which externally forms a projection of 17 meters in length. This cantilevered 'object' is rotated a few degrees with respect to the bunker below and this reproduces the typical tension of a Mediterranean house: the ongoing “battle between sunlight and shadows” inside and outside the house.

“The house dominates the landscape and it creates the interior of the house: a continuous exchange between the frame and what it contains. The view 'of the house' and the view 'from the house' are in constant clash of inclusion and exclusion.”