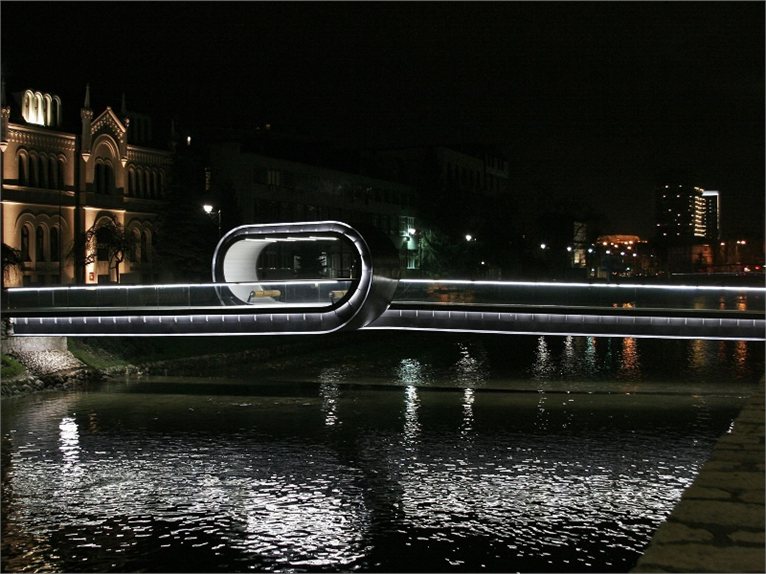 Adnan Alagic, Amila Hrustic and Bojan Kanlic are the names of three young designers who have designed the new pedestrian bridge over the Miljacka River in Sarajevo. The Festina Lente, Latin for “Hurry up slowly”, won a competition in 2007. It unfolds like a belt about 38 meters above the river and at its centre there is a kind of knot that contains some benches.

The basis of the project is the idea of creating a balance between the left and right banks of the river, whilst establishing temporal and spiritual union between the two. The “knot” bridge represents a symbolic gate, which prepares you to enter another spiritual dimension.

The bridge, made of steel, is paved with polished aluminium sheets and contains smoothed trunks used as benches. At night, its sinuous and embracing shape is highlighted by white LEDs.