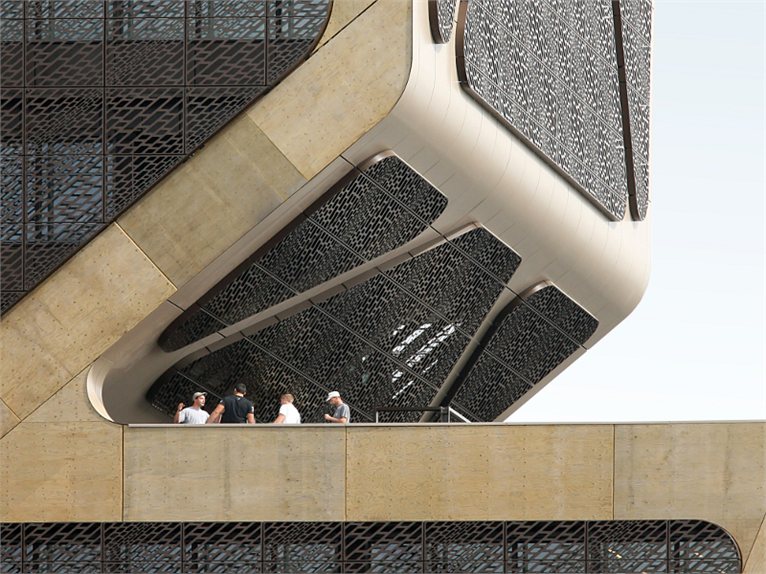 Update from the construction-site: Spring 2013 marks the opening of "Court of Justice" in Hasselt, designed by teams of architects at J. MAYER H. Architects, a2o-architecten and LENS°ASS architecten.

Having finished all façade works in 2011, the interior is now under construction and due to be completed in early 2013. A look at the site gives an impressive picture of the final dimension and appearance of the high-rise complex.