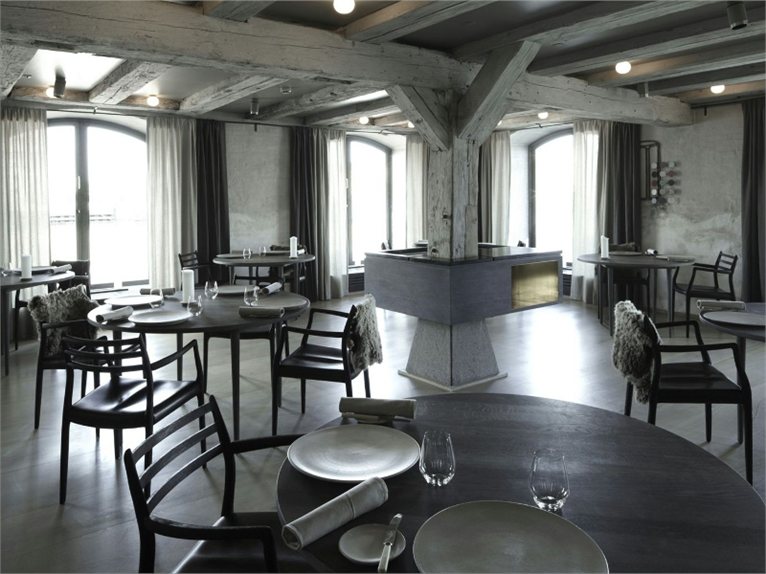 Space architecture and design in Copenhagen carried out the complete renovation of the Noma Restaurant, a place not to be missed in the Danish capital, considered one of the best restaurants in the world by Restaurant Magazine.

In just three weeks, while the staff of Noma were busy in a London "pop-up" concept restaurant created specifically for the Olympics, the Danish creative duo had a fight against time and against the restrictions imposed by an already well characterized industrial environment.

Their basic view was this: the important thing is that the space is not perceived as a filter between the customer and the experience of the food itself. Their excellent knowledge of the restaurant allowed them to innovate in continuity, because something too conceptual would not have met the approval of customers and the owners.

Throughout the work, the project took both modernity and nostalgia into consideration, trying to find a blend between the two. As the famous phrase from the film “il gattopardo” says: “In order for everything to stay the same, everything must change”.

So the new Noma started with the idea of respecting and protecting the original atmosphere, but at the same time to carefully rethink everything: surfaces, colours, details... with a design almost in 1:1 scale, a balance between rough and refined, re-use and elegance.