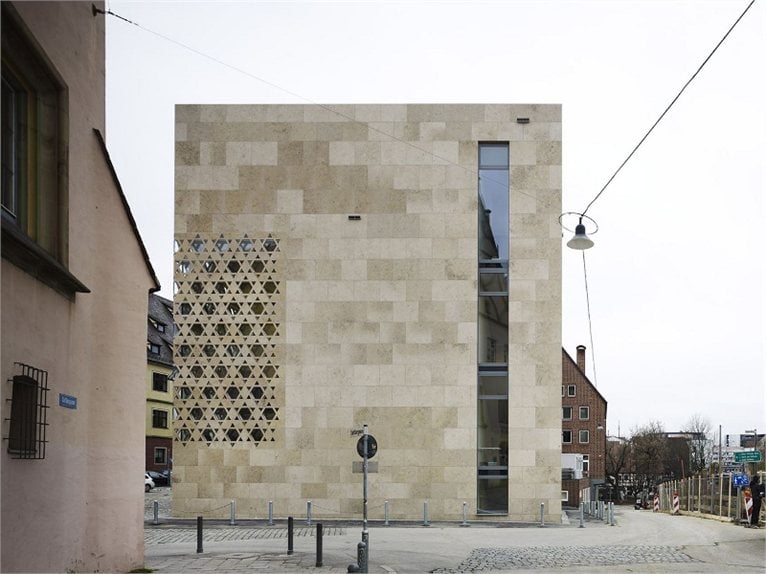 German architects ksg (kister scheithauer gross architects and urban planners) has just completed the construction of the community centre and Synagogue for the Jewish community of Ulm, which opened on December 2nd.

The cuboid, the result of a competition won in 2010 by the architectural office, is smaller than was originally envisaged and measures 24 metres wide by 16 deep and 17 high.

The synagogue and Jewish community centre are included in a single structure, a compact cuboid inside the square. The building was constructed on the same site where there was once the former synagogue destroyed during Kristallnacht in 1938.

All rooms are laid orthogonally, only the synagogue follows the diagonal direction, facing south-east, that is towards Jerusalem, the spiritual and religious centre of Judaism.

The layout of the diagonal room creates a corner window in the liturgical room, reminiscent of the pattern of the Star of David. The synagogue is lit by 600 openings, whose focal point is the liturgical centre, which project the concept of the synagogue outwards.