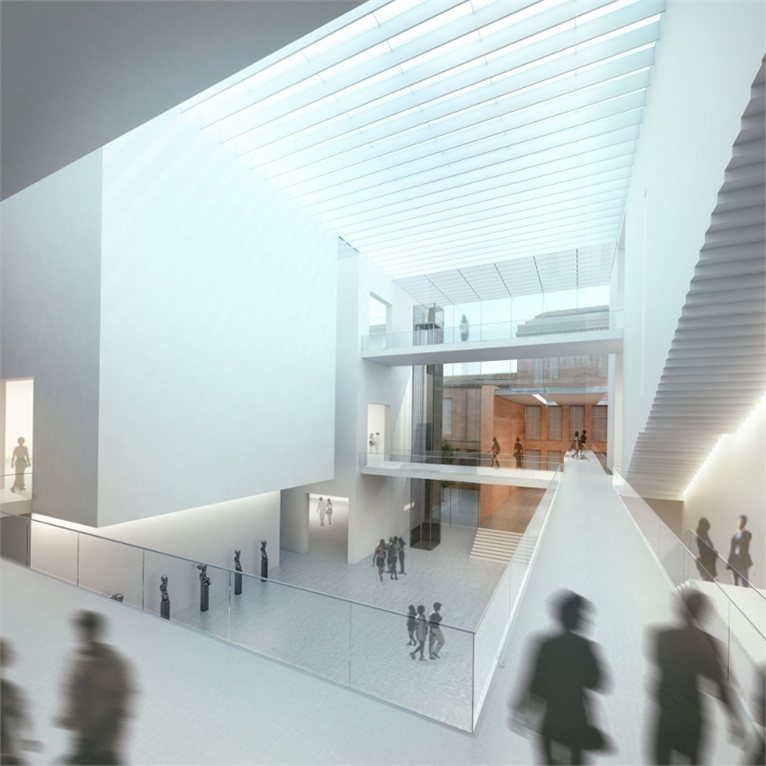 The architects Meinhard von Gerkan, Volkwin Marg and Partners, gmp Architekten, have been awarded the contract to design the new  Kunsthalle Mannheim. This was the decision made by the Kunsthalle‘s jury in Mannheim on Monday 3 December 2012. After three architect’s practices were awarded first place in a closed, anonymous competition back in July 2012, these practices were asked to revise their designs. 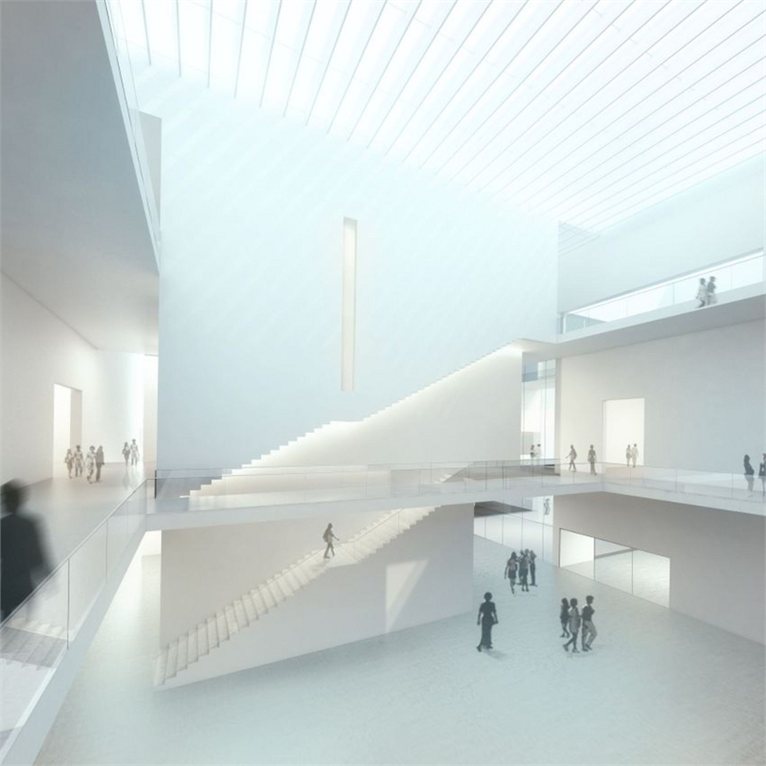 The practices were gmp, Staab Architects and Peter Pütz Architects. Irrespective of the negotiation procedure, an exhibition started in October at which the public were able to familiarize themselves with the three winning entries. The Kunsthalle design created by gmp portrays a symbolic identity, both on the outside and on the inside: the idea was to create a place that is easily remembered, and which appeals with its functional and urban quality.

Analogous to the chess board type layout of Mannheim’s inner city, the design is a composition of several cubes, the regularity of which is however broken by an offset arrangement in terms of height and width, and also by the arrangement of squares within the development. Visitors experience different sized rooms full of excitement and with a range of different air spaces. This creates a range of vistas inside and outside of the building. With the concept of a louvred facade, the design clearly distinguishes itself from neighboring buildings in terms of its color scheme and materials. 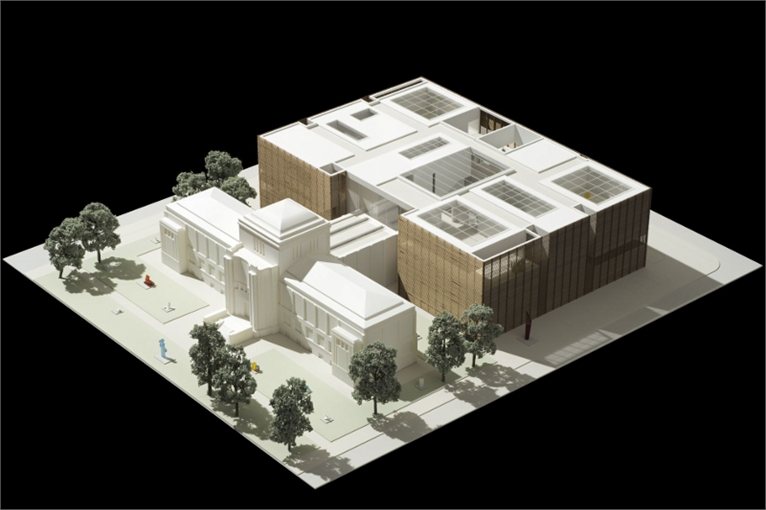 The intention was to choose a warm metal color which on the one hand does not replicate the red of the regional sandstone but, on the other hand, does not appear cold in spite of its timeless feel. The plain architecture, with its translucent facade envelope, radiates a strong presence.

The design, which was revised as part of the negotiation process, features a significantly reduced volume on the basement floor. To achieve this, the designers moved the delivery zone to the ground floor, which made it possible to omit the ramp and other extensive circulation areas.

Furthermore, the detailed design of the technical building services revealed that less space was required, resulting in the second sub-floor no longer being necessary. Some of the services have been integrated in and on the roof areas, thus reducing the length of pipelines and ducting. In addition, the architects were able to incorporate improvements in many other areas of the new Kunsthalle Mannheim.