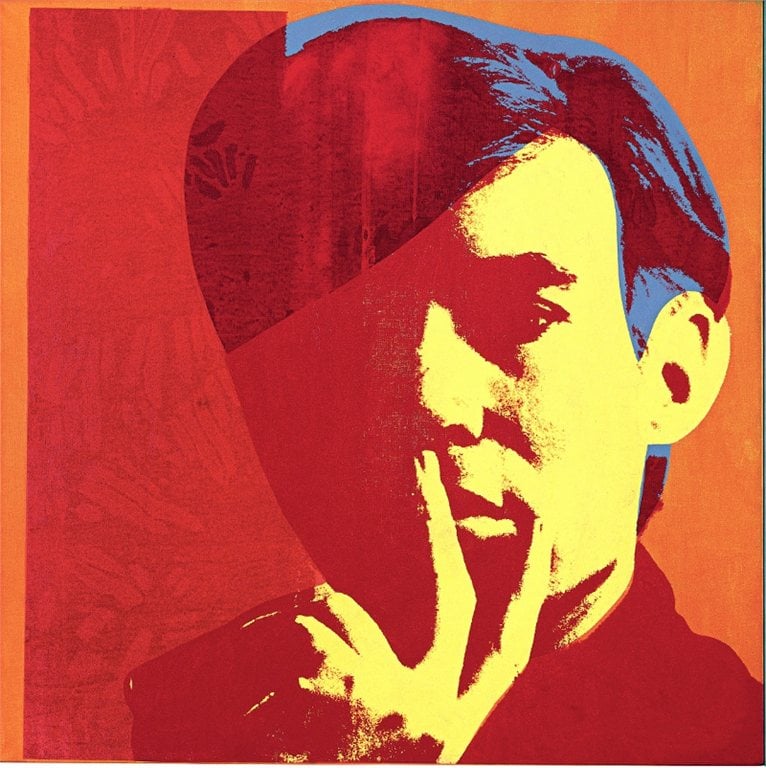 Regarding Warhol: Sixty Artists, Fifty Years at The Metropolitan Museum of Art is the first major exhibition to do so through approximately 45 works by Warhol alongside 100 works by some 60 other artists. This innovative presentation, structured in five thematic sections, juxtaposes prime examples of Warhol’s paintings, sculpture, and films with those by other artists who in key ways reinterpret, respond, or react to his groundbreaking work. The exhibition shows the dialogue and conversation between works of art and artists across generations. The exhibition is made possible by Morgan Stanley. 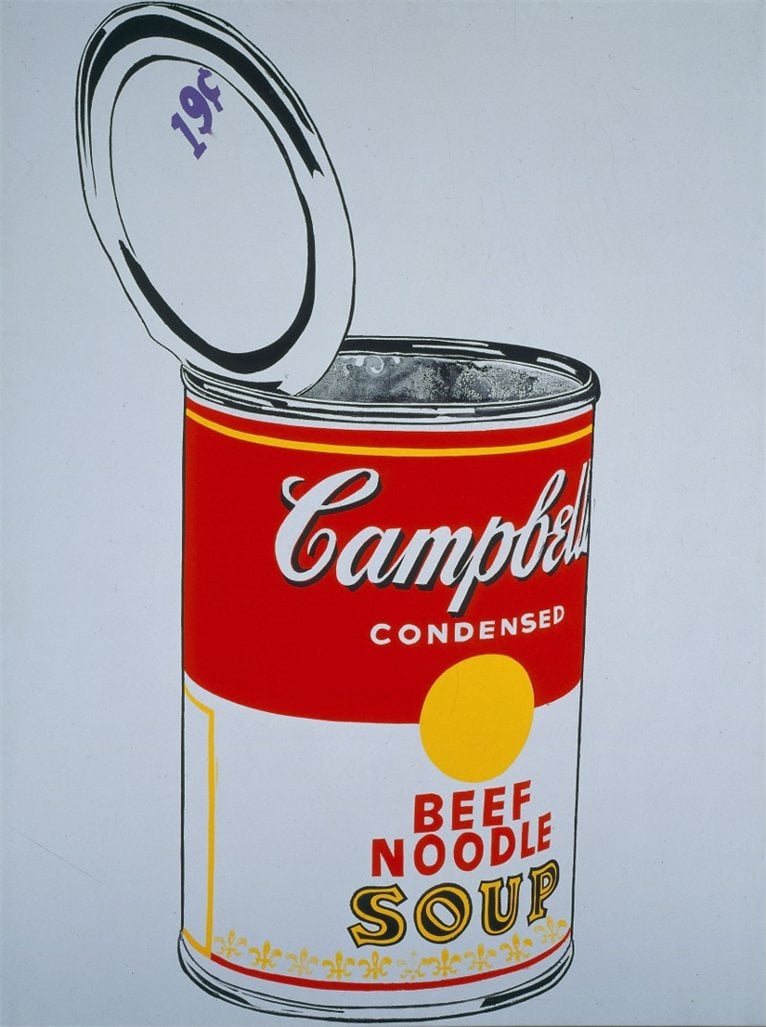 Regarding Warhol opens with Warhol’s fascination and engagement with the imagery of everyday life in the section “Daily News: From Banality to Disaster.” His interest in commonplace or banal subject matter found in newspapers and magazines led him to create his early depictions of tabloid advertisements and press coverage of disasters. These works were clearly influential for other artists working at the time, such as Sigmar Polke and Hans Haacke, who took on similar subject matter. Key examples by younger contemporary artists such as Vik Muniz and Sarah Lucas are indicative of artists’ continued engagement with the news of the day. Also explored in this section is Warhol’s interest in items of American consumer culture of the 1960s (Brillo Soap Pads Box, 1964) and its connection to later artists who appropriate objects from the supermarket or the department store, including Jeff Koons, Robert Gober, and Damien Hirst. 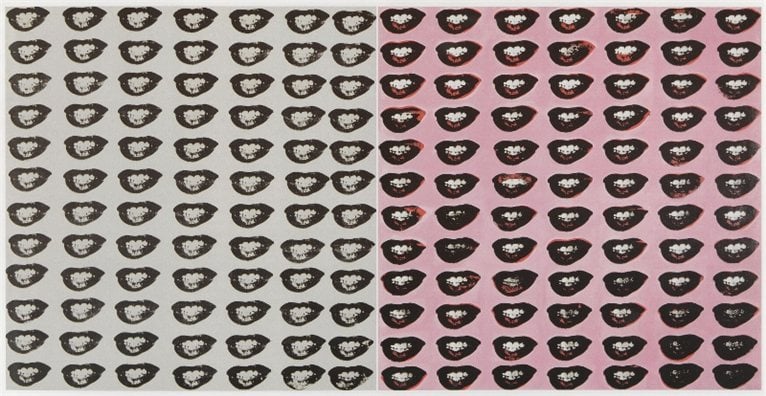 Just like his interest in the packaging of consumer goods, Warhol was fascinated by the “packaging” of celebrities, which for him evolved into an engagement with portrait-making that is explored in the second section of the exhibition, “Portraiture: Celebrity and Power.” The best of Warhol’s notable portraits of celebrities, such as Red Jackie (1964) and Turquoise Marilyn (1964), are paired with contemporary examples by Elizabeth Peyton, Karen Kilimnik, and Cindy Sherman. Warhol’s portrayals of artists, poets, and musicians of his day are installed alongside similar examples by leading artists including Alex Katz and Chuck Close. Links between Warhol’s practice of society portraiture of the 1970s, as well as his artistic engagement with political figures (particularly Mao [1973]) and the work of later artists, are also explored here. 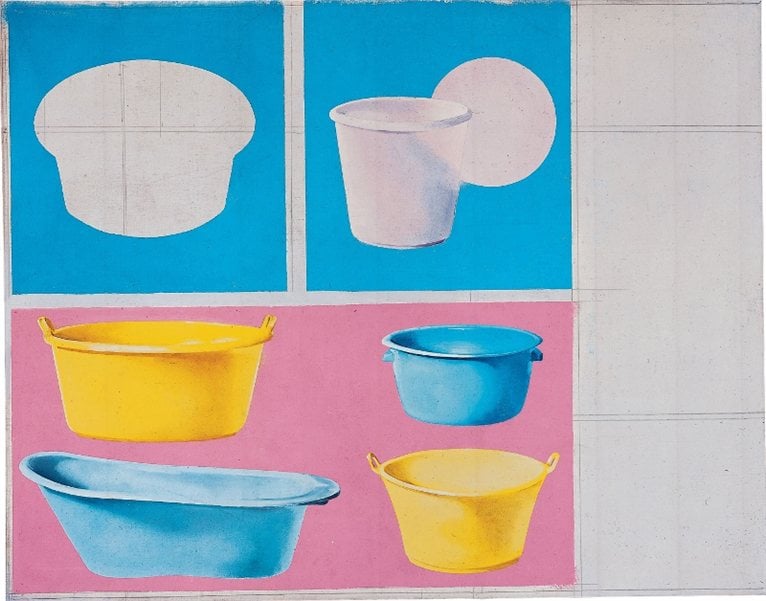 The exhibition’s third section, “Queer Studies: Camouflage and Shifting Identities,” outlines Warhol’s importance as an artist who broke new ground in representing issues of sexuality and gender in the post-war period. Warhol’s enigmatic persona developed over the course of his career is well represented by his last Self-Portrait (1986). In this work, made the year before his untimely death, his visage is concealed by a veil of camouflage. This iconic work opens a section devoted to frank representations of the male body that share their subject and composition with Warhol’s Torso from Behind (1977)—as in David Hockney’s Boy about to Take a Shower (1964) or Robert Gober’s Untitled (1990). This section also strives to represent a new openness toward different varieties of queer identity that Warhol’s oeuvre ushered in, largely through work by photographers such as Catherine Opie, Richard Avedon, Peter Hujar, or Robert Mapplethorpe. 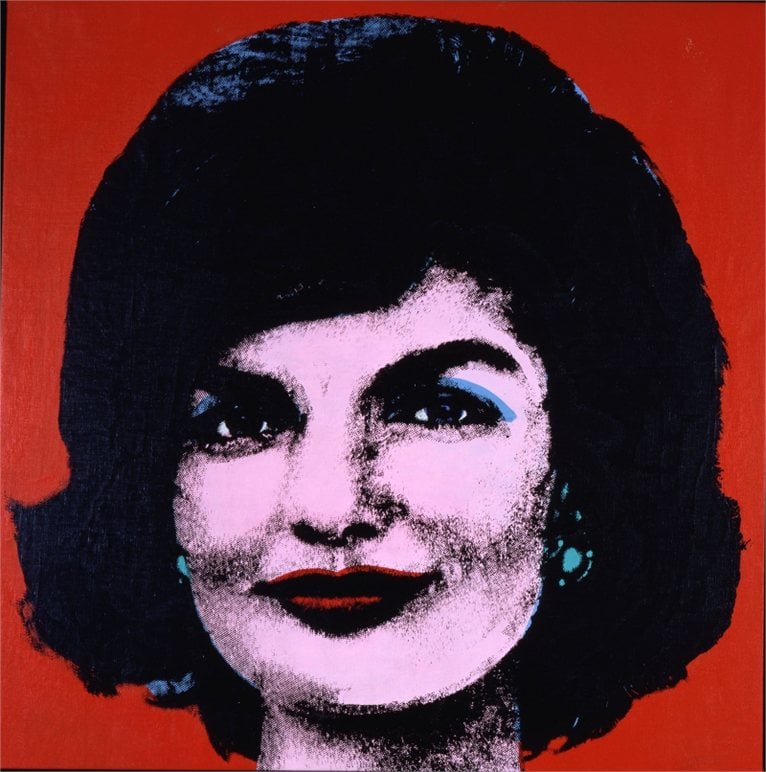 The last two sections of the exhibition deal in diverse ways with the proliferation of images so inherent to Warhol’s projects. In “Consuming Images: Appropriation, Abstraction, and Seriality,” Warhol’s groundbreaking use of preexisting photographic sources, often endlessly repeated (Baseball, 1962), his appropriation of art history (Mona Lisa, 1963), and his interest in abstraction (Oxidation Painting, 1978), for example, are grouped with work by Pictures Generation artists such as Richard Prince and Cindy Sherman for their uses of appropriation, or with contemporary painters like Christopher Wool, whose patterned painting Untitled plays with all-over abstraction and seriality in Warholian ways. 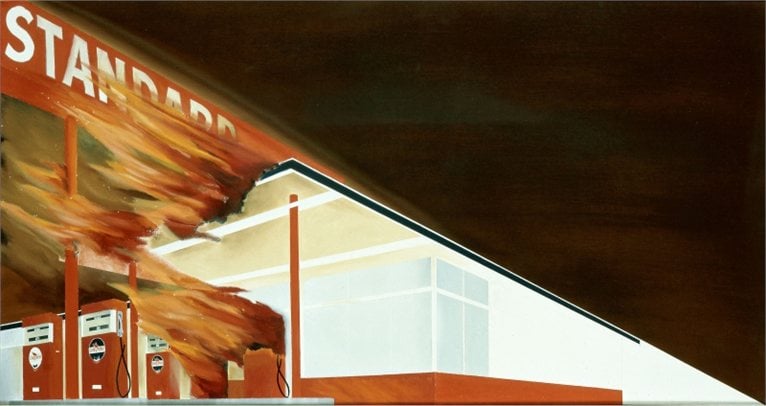 For the final section of the show, “No Boundaries: Business, Collaboration, and Spectacle,” Warhol’s interest in artistic partnership through filmmaking, magazine publishing, and design is highlighted. Also foregrounded is his fascination with creating environments that envelop the viewer entirely—the Gesamtkunstwerk of his all-over Flowers installations and his wallpapered gallery walls inspired other artists to extend their practice beyond the traditional spaces of the rectangular canvas into the world beyond. The works in this section range from Polly Apfelbaum’s floor-installed fabric piece, Pink Crush (2007), to a selection of Ryan Trecartin’s collaboratively created videos. 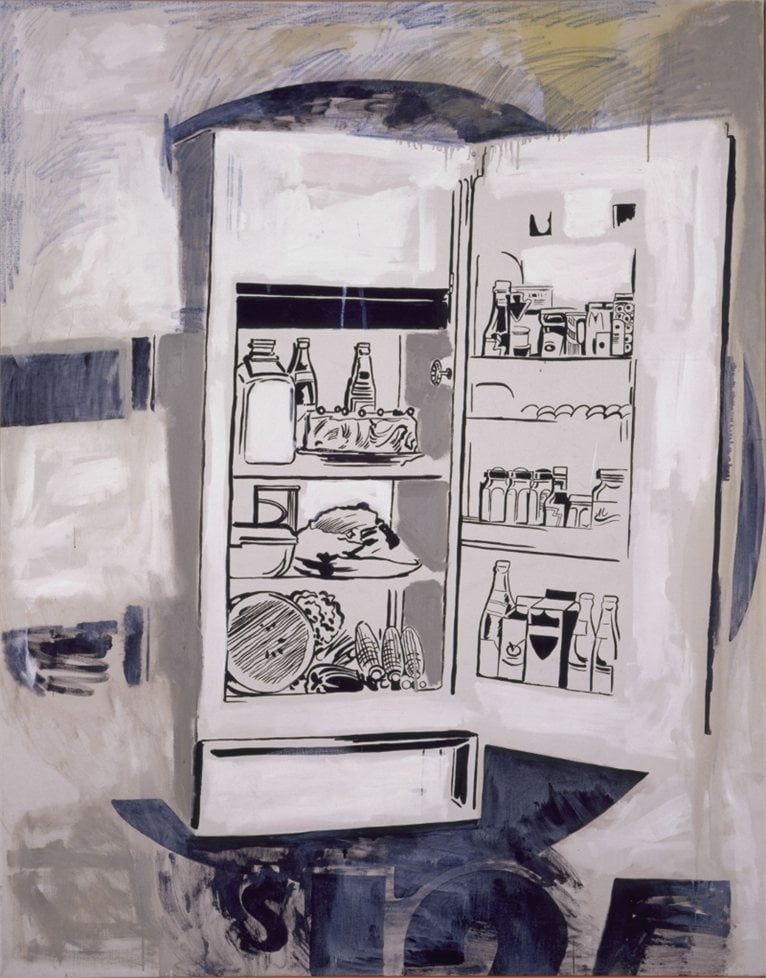